Accessibility links
New Report Predicts Rising Tides, More Flooding : The Two-Way The report, obtained by NPR, shows that "sunny-day flooding" may be a regular occurrence in some areas. It sets out to give communities a clear guide to prepare for coastal flooding. 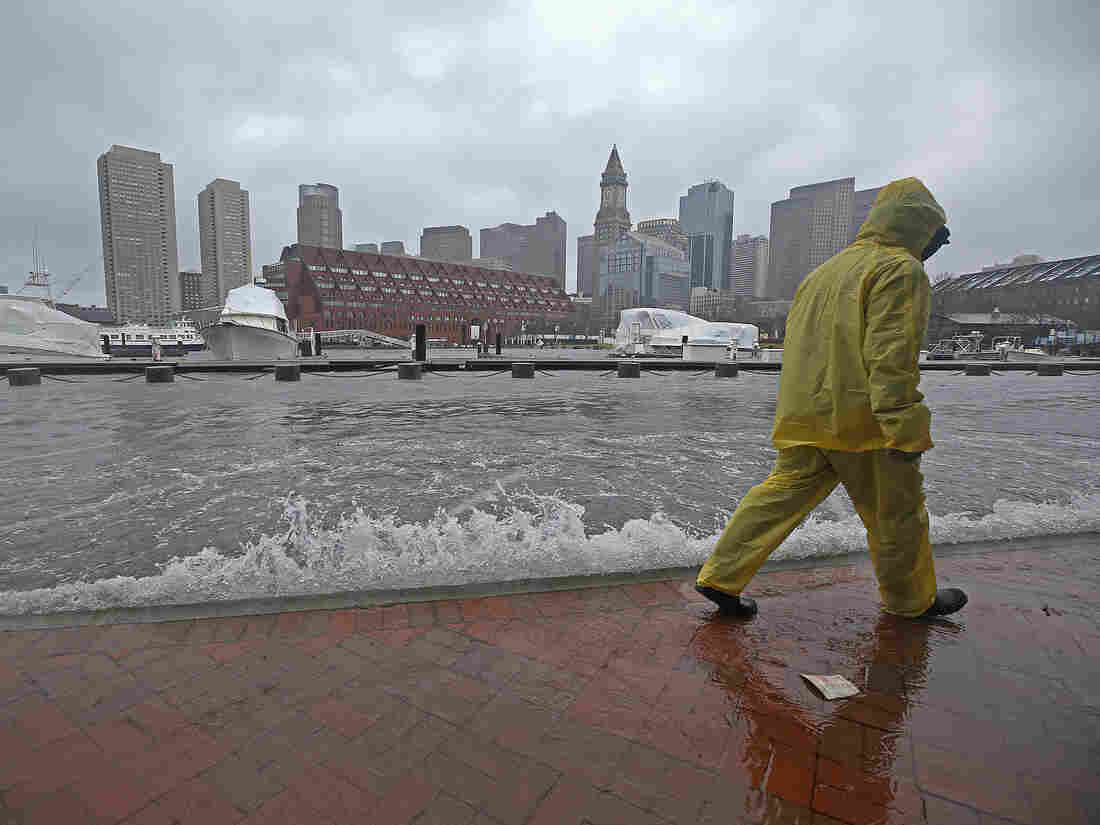 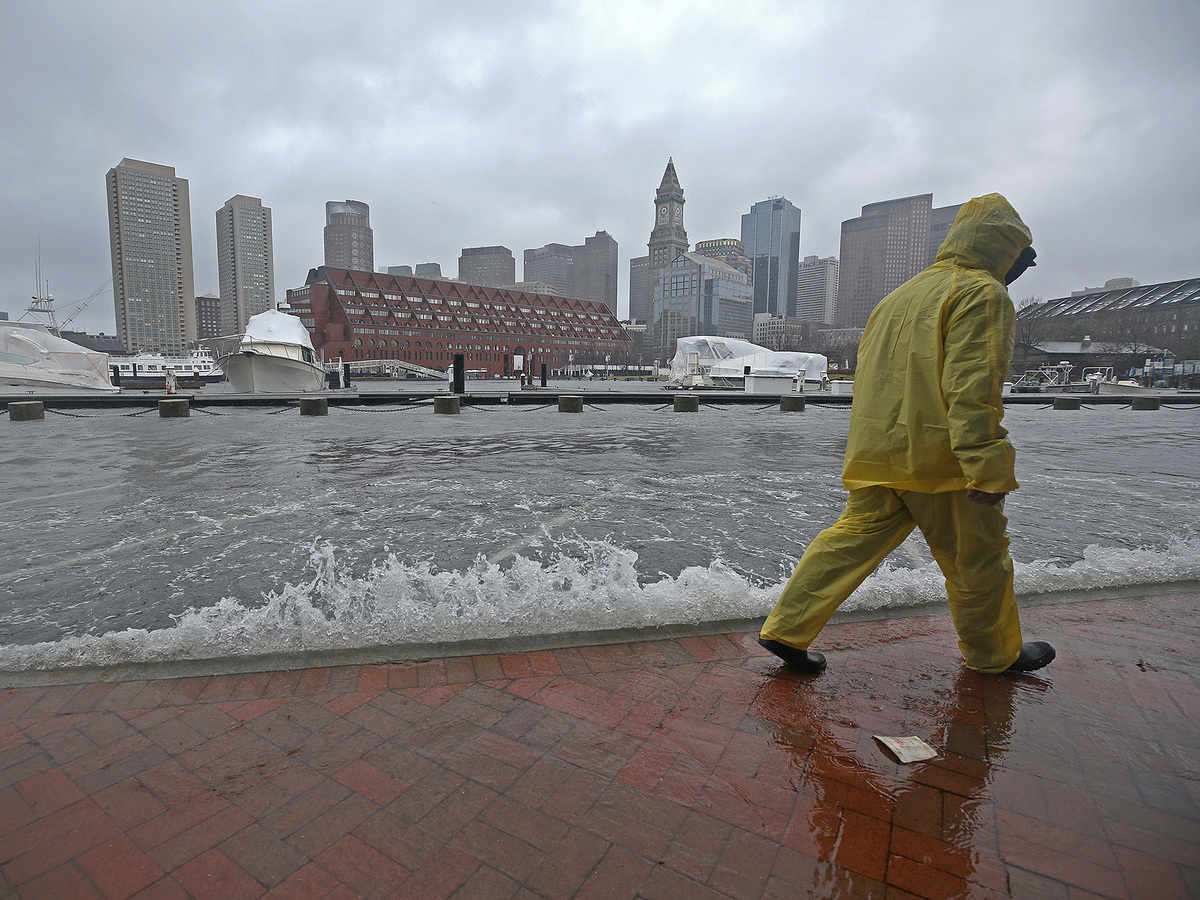 Flooding in Boston's North End during a nor'easter storm on Friday. A new government report suggests floods will become more common over the next century.

Some of the worst flooding during this past weekend's East Coast storm happened during high tides.

Shoreline tides are getting progressively higher. A soon-to-be-published report obtained by NPR predicts a future where flooding will be a weekly event in some coastal parts of the country.

"The numbers are staggering," says oceanographer William Sweet, at the National Oceanic and Atmospheric Administration. "Today's storm will be tomorrow's high tide," he says, referring to how high coastal water rises. "A storm [such as we experienced] along the East Coast of the United States this weekend, that will be a high tide at some point in the future, whether that's two or three decades or eight decades, we'll see, but it's coming."

That's what people can expect now; it gives them a margin of safety, and for the most part communities have been built to handle that. But here's the thing: As high tides get higher, that is inexorably reducing the margin of safety.

In fact, even without a storm, high tides already are flooding cities like Miami and Norfolk, Va. And now NOAA's latest calculations portray a future where this kind of "sunny day" flooding will become a lot more frequent.

NOAA's calculations of future high tides assumes two "intermediate" forecasts of how much sea level will rise — from 1 1/2 feet to 3 feet by 2100. It by no means assumes some of the more severe scenarios should the ice sheets in Greenland or the Antarctic melt. Even with intermediate rise, by 2050 cities on the Atlantic would see high tides flooding the streets 25 to 130 times a year. By 2100, it could happen almost every day. These frequencies will be influenced by weather patterns like El Nino and prevailing winds, but over time they'll occur more often from rising tides alone as sea level gets higher.

NOAA has also found the rate of increase in tidal flooding is accelerating in about a third of the places it has tracked. "The problem is going to become chronic rather quickly," says Sweet. "It's not going to be a slow, gradual change."

It's already becoming chronic in Norfolk. Emily Steinhilber studies coastal issues at Old Dominion University in Virginia. She also lives close to flood zones. "It's definitely a topic a conversation," she says. Steinhilber says, for example, that the city's largest hospital is hardening its campus against flooding. The city just passed an ordinance requiring new construction to be built higher off the ground.

But Steinhilber says the root cause of all this — global warming — isn't always discussed. "For the most part, everyone is aware that sea level is rising and they know that we're kind of in the bull's-eye," she says, "and the background of 'Why' is not really part of the conversation."

Others are having that conversation, such as the U.S. military. Retired Navy Rear Adm. Ann Phillips says military leaders are aware that warming means sea level rise. That's especially worrisome for the Navy. "We can't use historical data to plan what's coming because it won't work," she says.

Well over 100 military installations that are close to coastlines have reported flooding recently. According to a report from the Center for Climate and Security (which Phillips helped write), tidal flooding will increasingly threaten equipment, fuel depots, ammunition warehouses, housing and docks. Now, Phillips says, these new tidal flooding numbers from NOAA lay out a difficult future for the Navy, which can't just retreat from coastlines. "Yet another report that sea level rise is accelerating [with] recurrent flooding just makes the sense of urgency that much more acute," she says.

Cities like Norfolk and Miami, as well as the military, are planning on building sea walls, raising buildings and fortifying themselves, but they're in a long race with a relentless rising tide that is picking up speed.

The NOAA report, titled "Patterns and Protections of High Tide Flooding Along the U.S. Coastline Using a Common Impact Threshold," is due to be released this week.