Accessibility links
Florida Senate Approves Gun Control Package, OKs Arming Some School Personnel : The Two-Way The legislation found opponents in both parties and passed by a very thin margin. The next test is the Florida House, which has until Friday to act. 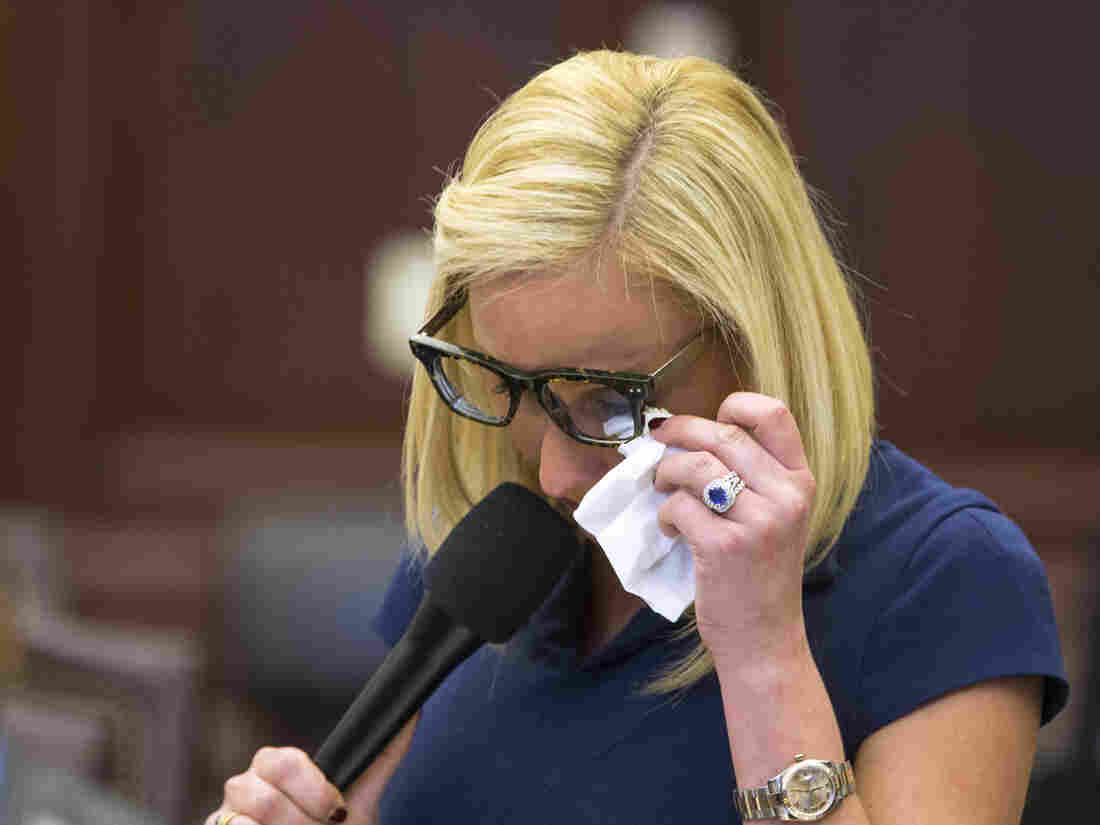 Florida Sen. Lauren Book wipes her eyes during the debate over gun control at the Capitol in Tallahassee. Mark Wallheiser/AP hide caption 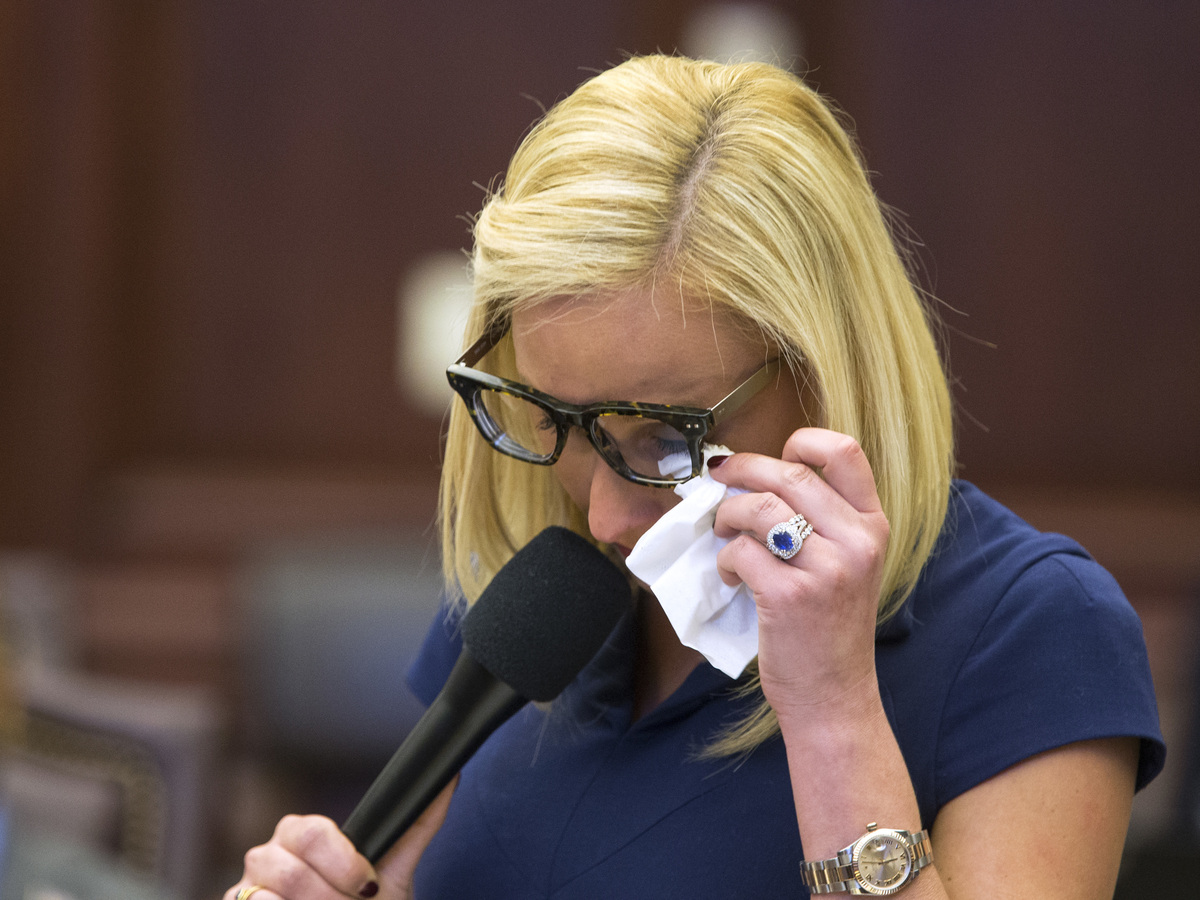 Florida Sen. Lauren Book wipes her eyes during the debate over gun control at the Capitol in Tallahassee.

The proposals, which passed by a 20-18 vote, include raising age restrictions on the purchase of all firearms in the state, banning the purchase and possession of bump stocks, and setting a three-day waiting period to buy any gun, including rifles and shotguns.

The lawmakers rejected a statewide ban on assault weapons and limits on high-capacity magazines.

Perhaps the most controversial proposal is a measure to arm some teachers, despite the opposition of Gov. Rick Scott. The lawmakers passed an "opt-in" program as a last-minute amendment, according to the Miami Herald.

"Under the amendment, proposed by Sen. Rene Garcia, R-Miami, classroom teachers would not be armed if a school district decides to participate in the so-called 'school marshal' program established in response to the tragedy at Marjory Stoneman Douglas High School. However, other school personnel, including support staff who provide some instructional work, current or former servicemen or JROTC instructors, would be able to carry firearms."

"A lot of districts like Miami-Dade and Broward County are not going to take part in it. They say they don't want to do it. The sheriffs say they don't want to. But some of the rural counties are already trying it out and I think it will go forward there, but not just with people who are exclusively classroom teachers."

Lawmakers in both parties found items they opposed in the package. Some Democrats objected to arming any teachers, while some Republicans opposed setting a waiting period to buy any gun and raising the age limit from 18 to 21.

As Greg added, this is only the state Senate's package, which passed on a thin margin.

The House's legislative session is scheduled to end on Friday.