Accessibility links
San Francisco To Remove 19th Century Statue Critics Say Degrades Native Americans : The Two-Way The idea of removing the statute had been debated for decades. It will be replaced by a plaque explaining the rationale for its removal from a site near City Hall. 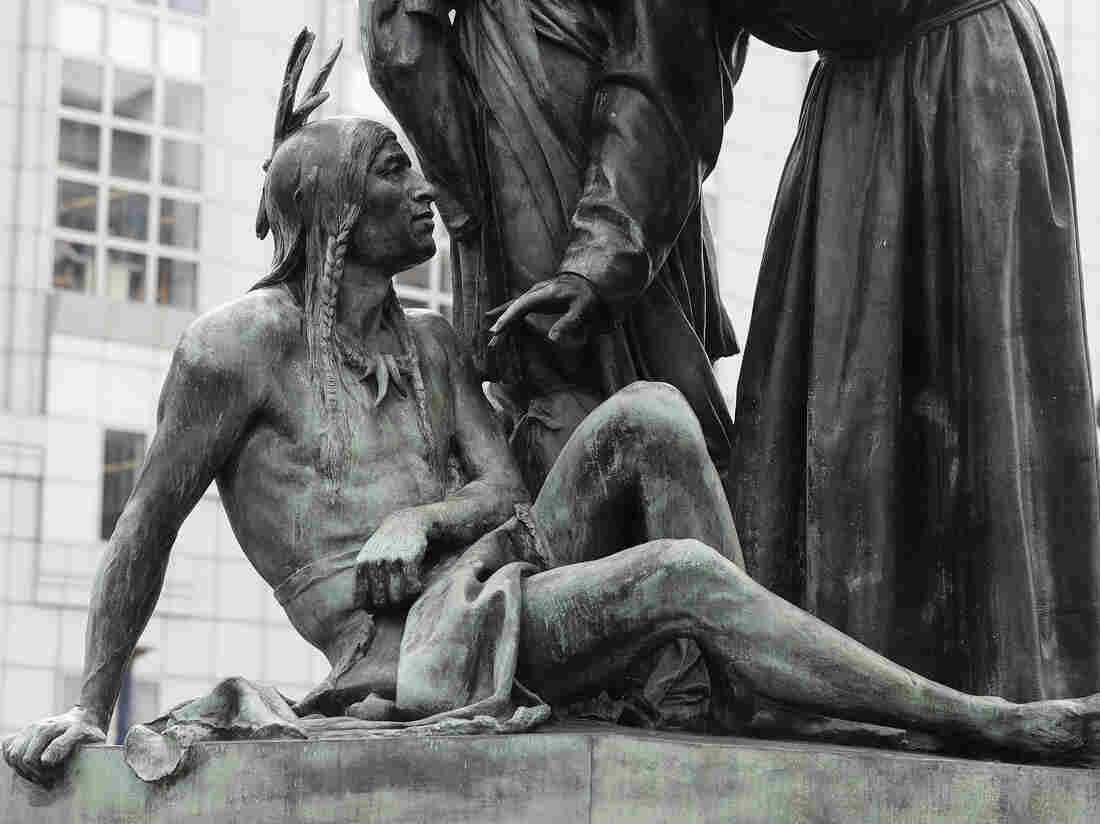 A statue of a Native American sitting below a vaquero and a missionary in San Francisco. Jeff Chiu/AP hide caption 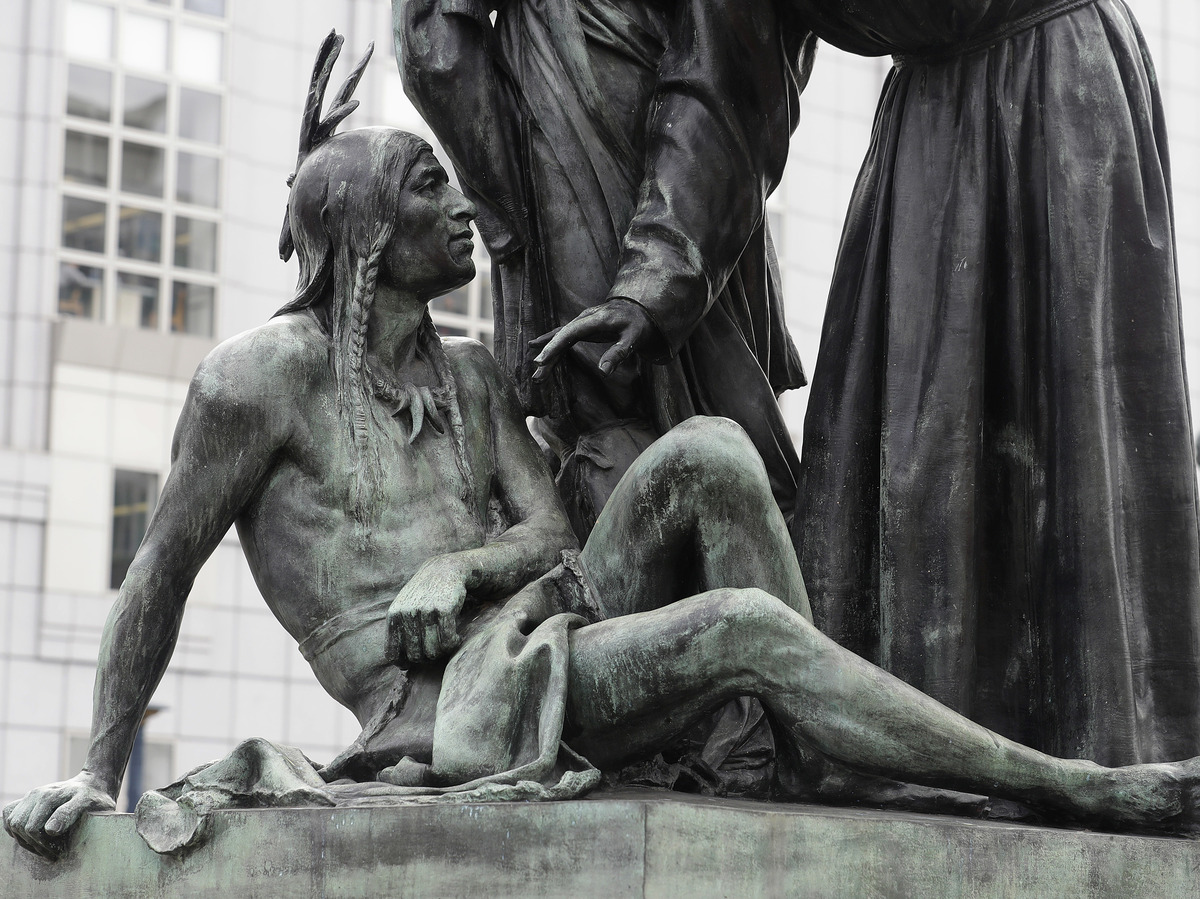 A statue of a Native American sitting below a vaquero and a missionary in San Francisco.

The city of San Francisco is joining the cause of removing old statues that are out of step with contemporary political and cultural tastes.

The sculpture "Early Days" sits near San Francisco's City Hall. It depicts a vaquero and a missionary standing over a sitting Native American.

The city's Arts Commission voted unanimously Monday to remove the statue, amid cheers from the audience. The move that had been discussed for decades, but it gained a new momentum late last year after the removal of a Confederate statue in Charlottesville, Va., prompted street demonstrations by supporters and opponents.

"It definitely feels like a long time coming," said Barbara Mumby as quoted by the Associated Press. Mumby is an arts commission employee who is descended from Native tribes in California and New York. "I think some people may not understand how big of a symbol it is to be able to take this down."

In February, the city's Historic Preservation Commission endorsed the statue's removal provided that it be replaced by a plaque with an explanation for the removal.

In January, the city's Board of Supervisors voted 10-1 to rename Columbus Day as Indigenous Peoples Day, against the wishes of many in the local Italian-American community.

A previous version of this story identified the standing figures incorrectly as Sir Francis Drake and Junipero Serra based on information provided by The Associated Press.