Accessibility links
Oldest-Known Message In A Bottle Found In Australia : The Two-Way In 1886, sailors on a German barque called Paula tossed a gin bottle containing a message into waters hundreds of miles off the coast of Australia. It's been uncovered on Australia's Wedge Island.

Oldest-Known Message In A Bottle Found In Australia

Oldest-Known Message In A Bottle Found In Australia 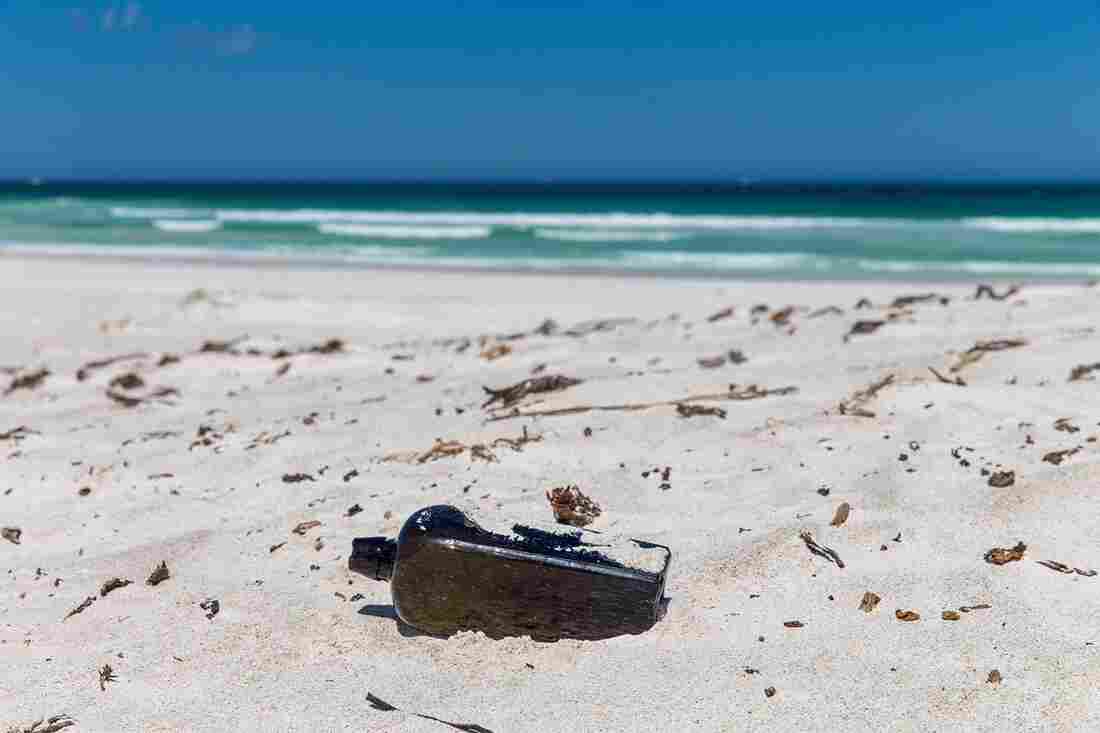 The message in a bottle was discovered on the beach at Wedge Island, Australia. KymIllman.com hide caption 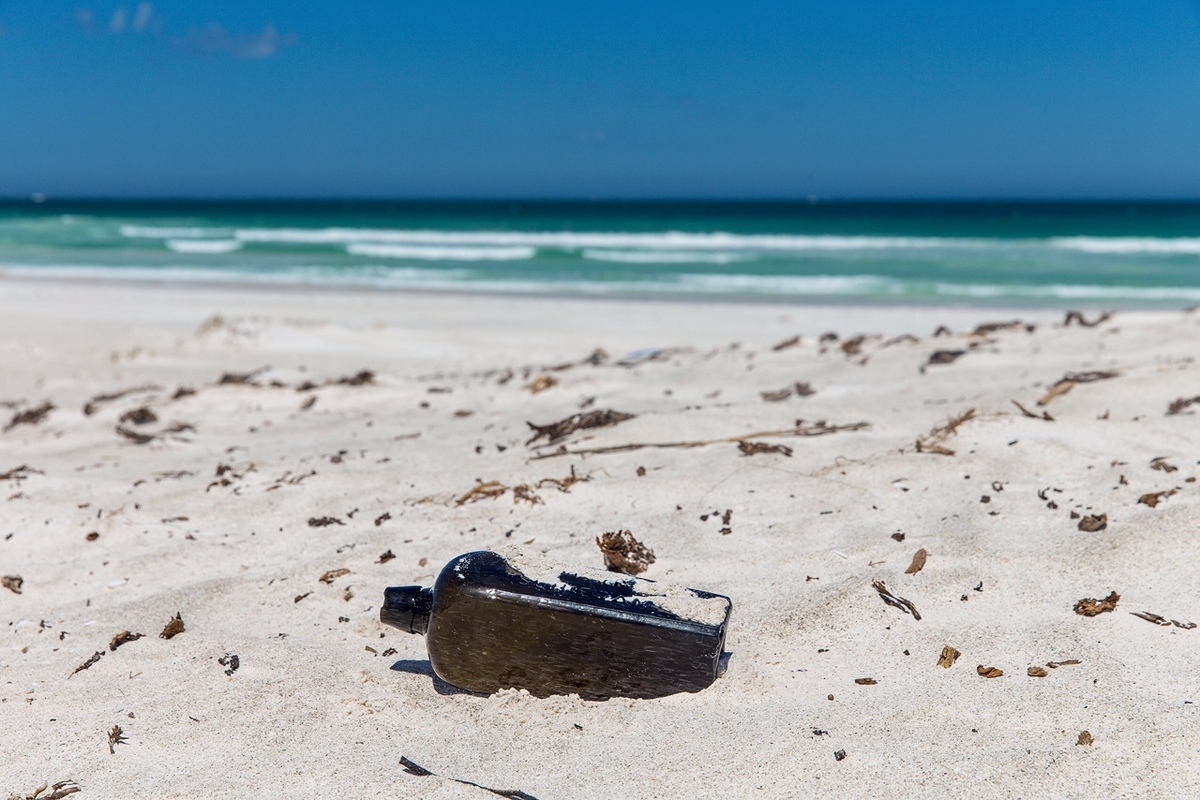 The message in a bottle was discovered on the beach at Wedge Island, Australia.

In 1886, sailors on a German barque called Paula tossed a gin bottle with a message inside into waters hundreds of miles off the western coast of Australia.

One hundred and thirty-one years later, a Perth resident stumbled upon the bottle on Australia's Wedge Island.

It's believed to be the oldest-known message in a bottle, in terms of the amount of time that has passed between when it was written and when it was found. Before this discovery, Guinness World Records said that the oldest was 108 years old, found in Germany in 2015.

Australian, German and Dutch researchers worked together to verify the note's authenticity, according to a report from the Western Australia Museum.

Tonya Illman was walking on a sand dune in January when she spotted the old bottle. "I picked it up thinking it might look nice on display in my home," Illman says, according to an account on her husband's website.

The bottle had no closure and was partially filled with damp sand. Shortly after, Illman's son's girlfriend tipped out the contents and found a tightly rolled note covered in a piece of string. 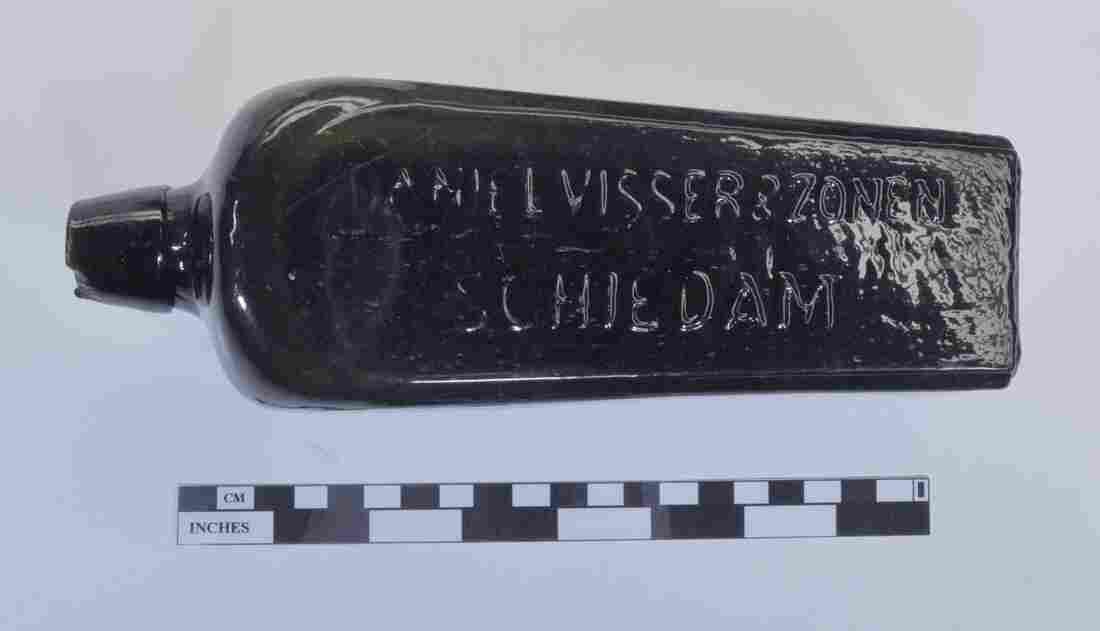 The note was too damp to open initially, according to the account. The group waited for it to dry and they were amazed to see that it was carefully handwritten in German.

"The first thing that caught my eye was the year field, 18__," said Illman's husband, Kym. "It seemed totally unlikely to us that the note and bottle could have lasted that long and then be so easy to find."

The pair contacted the Western Australia Museum, which set out to study and authenticate the document.

"Extraordinary finds need extraordinary evidence to support them, so we contacted colleagues in the Netherlands and Germany for help to find more information," Ross Anderson, the museum's assistant curator in Maritime Archaeology, said in a statement.

But this message is no SOS or love letter.

It's consistent with a major German naval experiment conducted from 1864 to 1933 in order to learn more about ocean currents, the museum said in a research report.

"Thousands of bottles were thrown into the world's oceans from German ships, each containing a form on which the captain would write the date it was jettisoned, the exact coordinates at the time, the name of the ship, its home port and travel route," the researchers said. "On the back, it asked the finder to write when and where the bottle had been found and return it, either to the German Naval Observatory in Hamburg or the nearest German Consulate."

More than 600 of the message slips were returned, though it has been a long time — according to the museum, "the last bottle and note to be found was on 7 January 1934 in Denmark."

The researchers contacted the German Maritime and Hydrographic Agency, which found that the handwriting on the note exactly corresponds to handwriting in the ship's log. That log indicates that a bottle was thrown from the ship along this route.

The German government agency stated that the detailed information about the ship and its route is "not easily accessible to the public," making it unlikely that the item is a fake.

On This German Island, The Breakers Bring Gifts Ashore: Thousands Of Toys

The gin bottle — from the Dutch brand Daniel Visser & Zonen — is also consistent with the bottles produced by the company at the time, Dutch researchers said.

The bottle probably arrived on the western shores of Australia within a year of being thrown overboard, the research report stated. There, it is "likely to have spent the majority of its life buried within a layer of damp sand to have remained so well preserved, with a period of recent exposure allowing its fortuitous discovery by the finders."

The Illmans have loaned the message in a bottle to the museum for the next two years, and it will be on display starting Wednesday.

"This has been the most remarkable event in my life," said Tonya Illman. "To think this bottle has not been touched for nearly 132 years and is in perfect condition, despite the elements, beggars belief. I'm still shaking."

An earlier version of this story incorrectly said that the bottle was tossed overboard in 1866. The bottle hit the high seas in 1886.