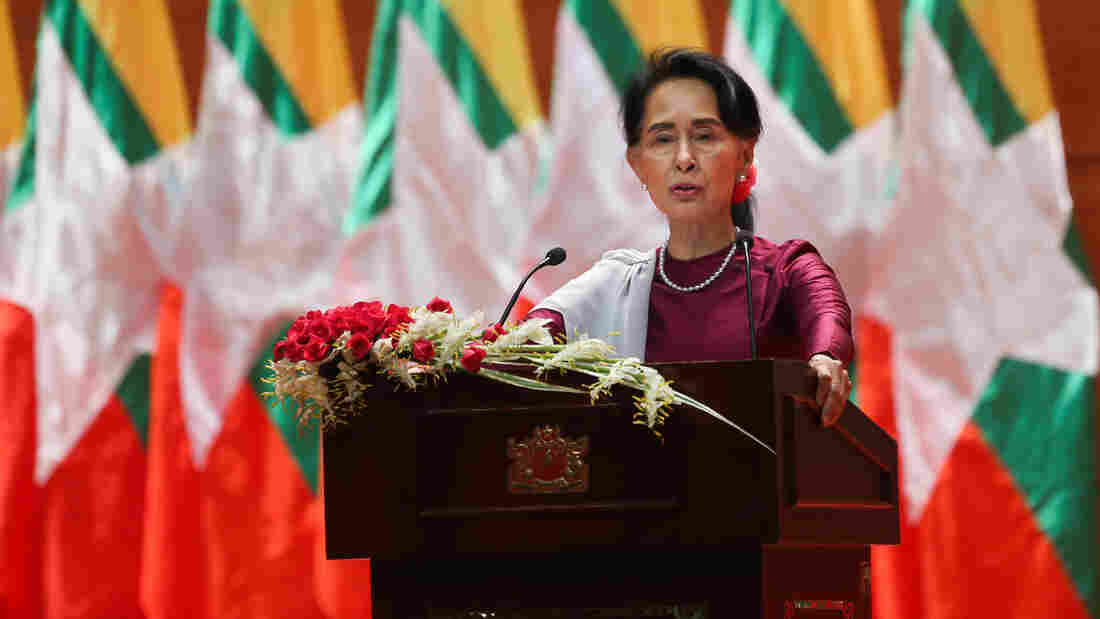 Myanmar State Counselor Aung San Suu Kyi, in a national address in September, said she felt deeply for the suffering of all people caught up in conflict scorching through Rakhine state — in her first comments that also mentioned Muslims displaced by violence. Ye Aung Thu/AFP/Getty Images hide caption 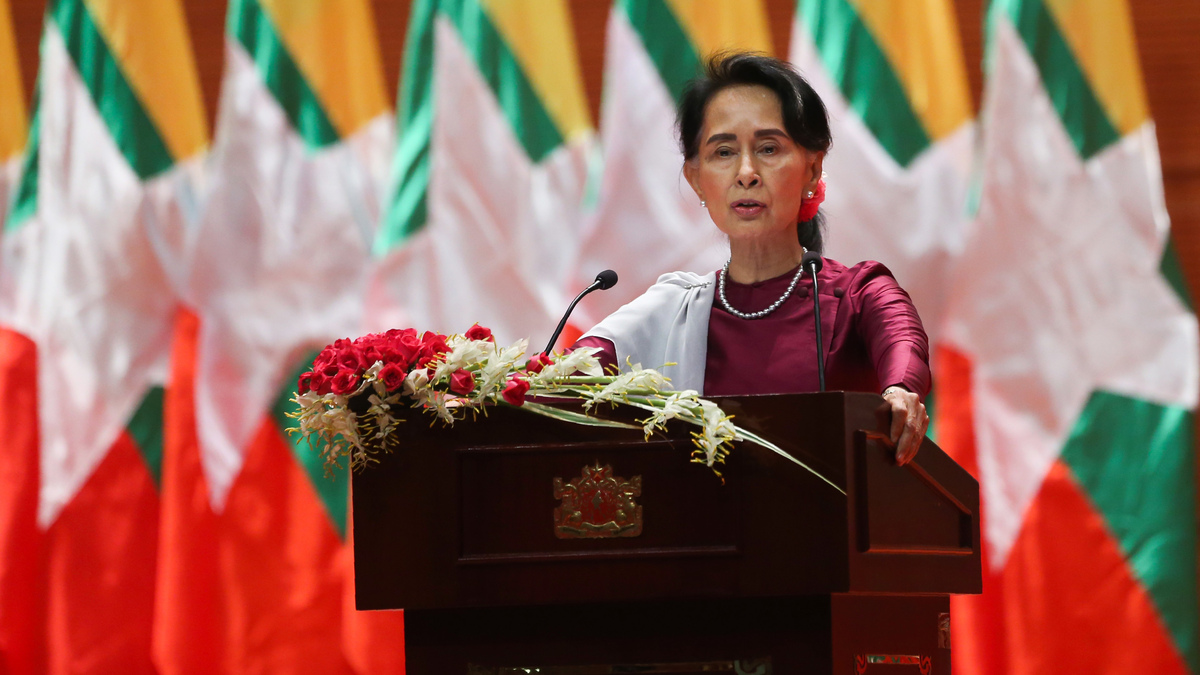 Myanmar State Counselor Aung San Suu Kyi, in a national address in September, said she felt deeply for the suffering of all people caught up in conflict scorching through Rakhine state — in her first comments that also mentioned Muslims displaced by violence.

The list of honors and awards Nobel laureate and Myanmar State Counselor Aung San Suu Kyi has had revoked because of her handling of the plight of Rohingya Muslims in her country continues to grow.

On Tuesday, the U.S. Holocaust Memorial Museum in Washington, D.C., rescinded its prestigious Elie Wiesel Award from Suu Kyi for failing to speak out against ongoing persecution of the minority group.

In a letter to Suu Kyi revoking the prize, the museum said that as the Myanmar military's violence against the Rohingya unfolded over the past two years, it had hoped she would condemn those actions and express solidarity with the Rohingya.

But that has not been the case, the letter says, as Suu Kyi has "refused to cooperate with United Nations investigators, promulgated hateful rhetoric against the Rohingya community, and denied access to and cracked down on journalists trying to uncover the scope of the crimes in Rakhine State."

The letter urges Suu Kyi to take a stand:

"We understand the difficult situation you must face in confronting decades of military misrule and violence in your country and that institution's still powerful constitutional role. However, the military's orchestration of the crimes against Rohingya and the severity of the atrocities in recent months demand that you use your moral authority to address this situation. While Myanmar has taken important first steps on the road to democracy, any transition that does not protect the country's most vulnerable communities will be deeply flawed."

So the museum has rescinded her award, which was given to Suu Kyi in 2012 for her long struggle against Myanmar's military dictatorship and advocacy for freedom and human rights in the country. The Elie Wiesel Award is named for the renown author, Holocaust survivor and fellow Nobel Peace Prize winner. Wiesel, who died in 2016, was a founding chairman of the museum.

Since August, more than 700,000 Rohingya Muslims have fled Myanmar after a brutal military campaign launched in response to an attack by Rohingya militants on Myanmar police. Before that, another wave of refugees began arriving in October 2016.

While a United Nations special envoy found what is considered evidence of genocide and as other countries, including the U.S., have accused the Myanmar military of ethnic cleansing, Suu Kyi remains relatively silent on the issue. This has resulted in a handful of awards being rescinded as well as public criticism from fellow Nobel Peace Prize laureates.

Frustration with her over the issue even caused former U.S. Ambassador to the U.N. Bill Richardson to quit a committee led by Suu Kyi that was meant to address issues in Myanmar's Rakhine state.

"She doesn't want any dissent. She doesn't want any advice or bad news and I think that's what's causing her enormous problems," Richardson told NPR. "She blames everything on the United Nations, the international community, human rights groups, the media. Nothing is her fault or her government's fault, and that's become a real problem, in my view."