Accessibility links
Cities Brace For Power Outages As Another Nor'easter Hits U.S. : The Two-Way About 830,000 were left without power when a storm hit the northeastern U.S. last week. Some people are just getting it back.

Cities Brace For Power Outages As Another Nor'easter Hits U.S.

Cities Brace For Power Outages As Another Nor'easter Hits U.S. 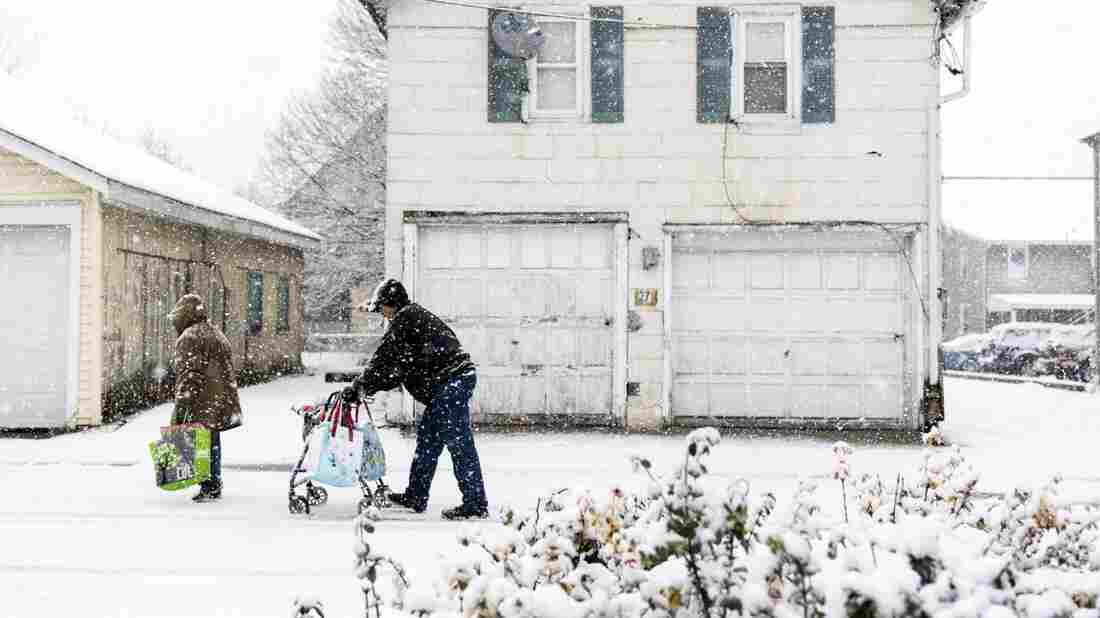 This is the second nor'easter to hit the Northeast within a week, bringing snow and high winds, raising fears of another round of electrical outages. Jessica Kourkounis/Getty Images hide caption 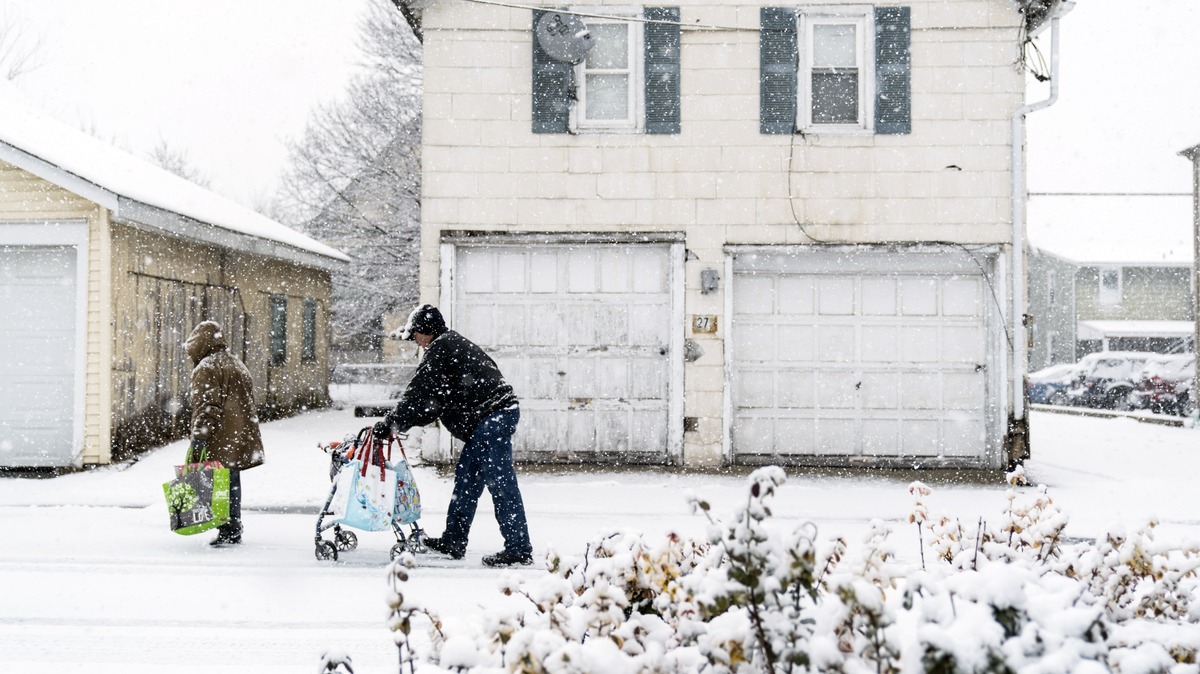 This is the second nor'easter to hit the Northeast within a week, bringing snow and high winds, raising fears of another round of electrical outages.

You might want to get used to saying the word "nor'easter."

Just days after a storm with powerful winds left hundreds of thousands of people in the northeast U.S. without electricity, another storm is making its way up the coast in the same region.

This storm, which is the second nor'easter within a week, is bringing rain and snow to the Northeast through the end of the week, the National Weather Service said.

"As it moves, snow will occur north and west of the low. Winter Storm Warnings and Winter Weather Advisories are in place from eastern Pennsylvania through the Northeast. The heaviest snow is expected to occur in Maine, where over 18 inches of snow is possible through the end of the workweek as the surface low lingers. The major cities of New York City and Boston are on the gradient in between substantial snowfall totals and lighter snowfall totals, so there is uncertainty in how much snow will fall."

At Least 5 Killed As Both Coasts Weather Major Winter Storms

Cities braced themselves for the storm, after a nor'easter last week ripped through the coast. More than 50 million people are currently under winter storm watch or warning in anticipation of the storm.

About 3,000 flights were canceled Wednesday according to FlightAware.

As the Associated Press reported late Wednesday, this week's storm wasn't predicted to be as severe as the last one, but it will have an impact:

"Amtrak canceled some train service, and commuter trains in Philadelphia and New Jersey were put on an abbreviated schedule. School districts and government offices from Delaware northward closed, and the governors of New Jersey and Pennsylvania declared states of emergency."

But the biggest concern is not the storm itself. The National Weather Service said that fallen trees and dangerous road conditions pose a bigger safety threat than the high winds, rain or snow.

As many as nine people, two of which were children, died as a result of last week's storm, which scientists said met the definition of a "bomb cyclone." A 6-year-old boy in Virginia and an 11-year-old boy in New York state were both killed in their homes by fallen trees.

Fallen trees pulled down power lines and caused power outages up and down the coast. As many as 2 million people were left without power, some some of whom only got it back Tuesday. In Pennsylvania, over 50,000 were still without power Wednesday afternoon.

And now, parts of Pennsylvania could receive between eight and 12 inches of snow this week; parts of New York can anticipate seven to 11 inches of snow; and parts of Massachusetts should prepare for as many as 15 inches of snow.

Officials say travel is dangerous and they advise motorists to be aware of rapidly changing road conditions due to the potential of downed trees and power lines.

The National Weather Service also said that the risk of coastal flooding is a concern, as storm winds pick up ocean water and push it on to dry land.