Accessibility links
Powerball Winner Collects Prize, Could Still Lose Anonymity : The Two-Way The New Hampshire woman, known as Jane Doe, hesitated to collect the money because she didn't want her identity revealed. A judge will determine whether she is allowed to remain anonymous. 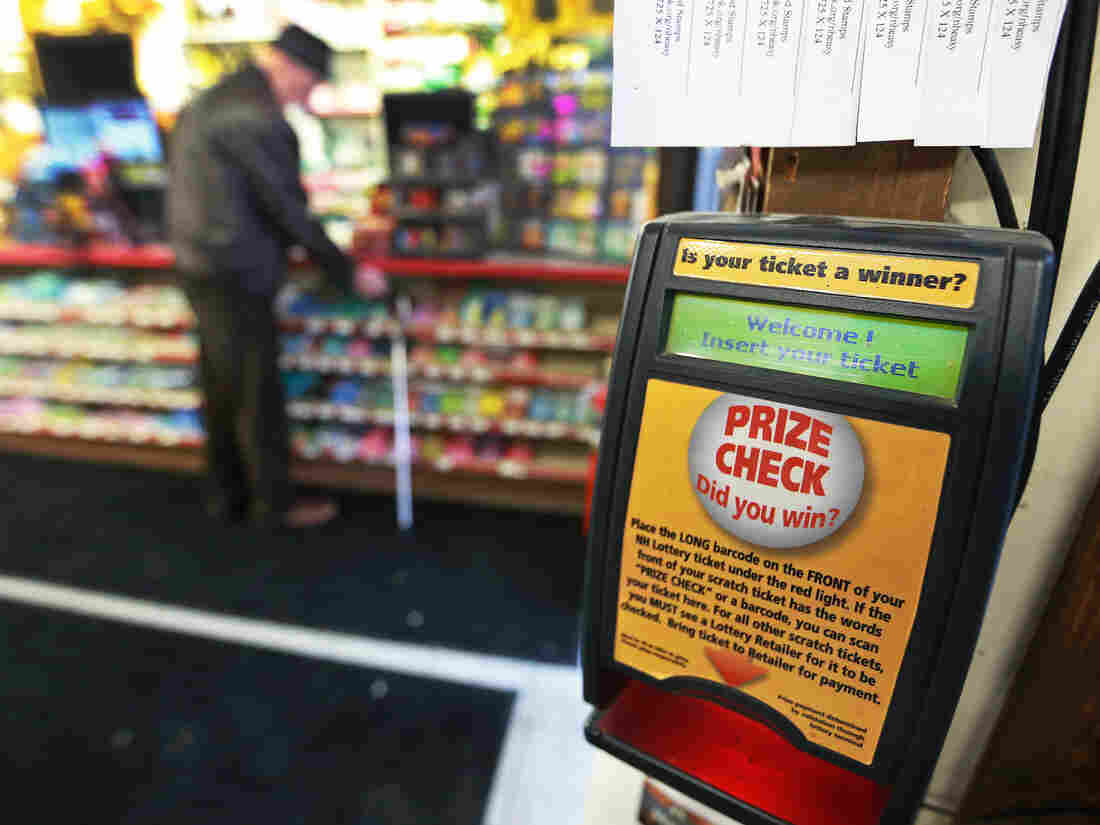 A ticket checking machine inside the store in Merrimack, N.H., where a $560 million Powerball ticket was sold in January. The winner claimed the prize on Wednesday via a trust. A court will decide whether she is allowed to remain anonymous. Boston Globe via Getty Images hide caption 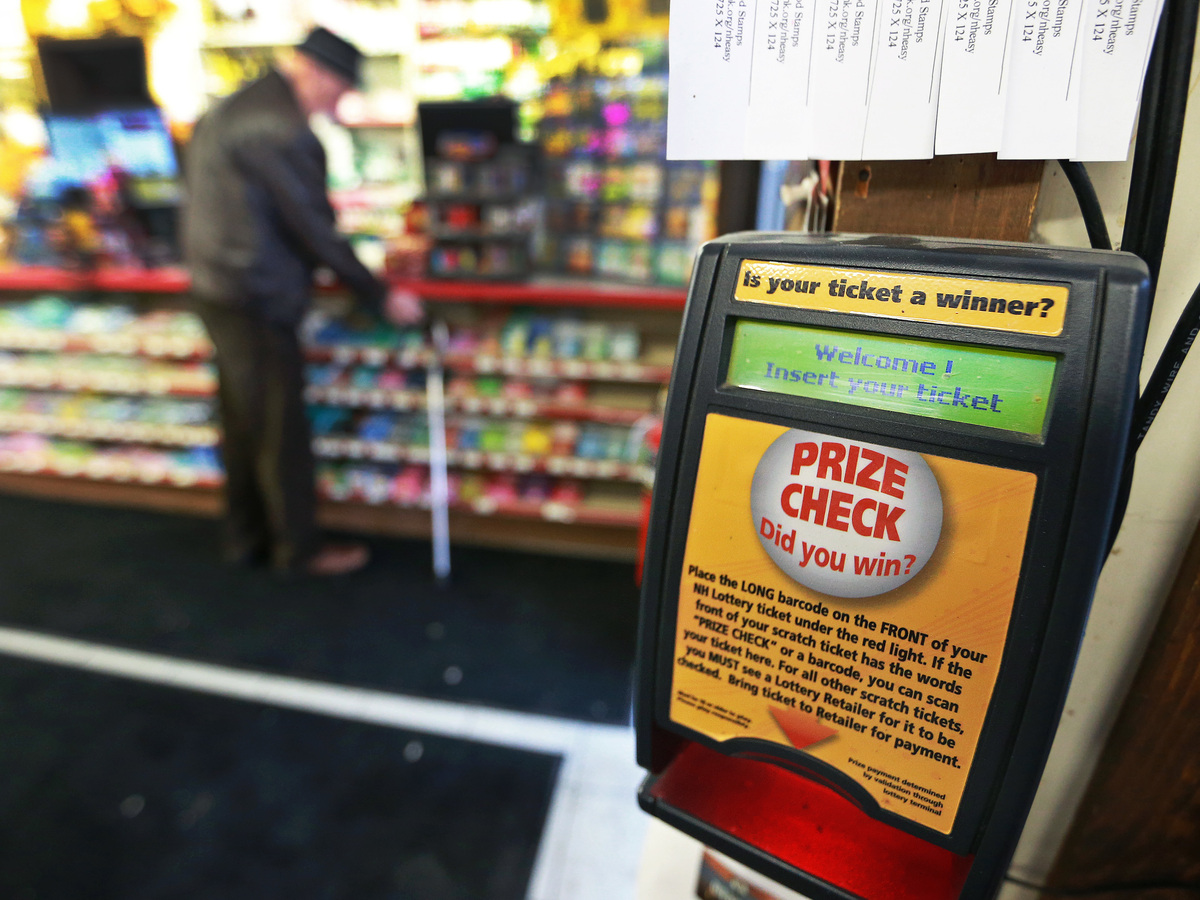 A ticket checking machine inside the store in Merrimack, N.H., where a $560 million Powerball ticket was sold in January. The winner claimed the prize on Wednesday via a trust. A court will decide whether she is allowed to remain anonymous.

The New Hampshire woman who wanted to keep her identity private but still claim her Powerball prize of nearly $560 million did retrieve her winnings Wednesday in Concord — with her lawyers acting as surrogates.

Her identity remains shielded — although that could change.

As The Two-Way reported, the woman feared the fame that comes with the jackpot. A lawsuit filed in Hillsborough County said she made a "huge mistake" by following lottery instructions and signing her name on the back of the ticket and is asking a court to let her remain anonymous without losing the money.

New Hampshire's "Right to Know" law allows the lottery to release the name of the person who signs the ticket. The woman's lawyers say she learned only after the fact that a loophole would have allowed her to remain anonymous if she had signed the name of a trust on the back of the ticket instead.

As The New Hampshire Union-Leader reports, a Superior Court judge ruled that while the prize money can be awarded, he is still weighing whether the winner's name will be revealed.

The New Hampshire Lottery Commission says it will abide by the court's decision.

The $559.7 million prize, drawn Jan. 6, was the fifth-largest Powerball jackpot in history, the lottery said in a statement.

"We recognize the tremendous interest this prize has generated but hope you appreciate our client's desire to maintain a sense of normalcy by keeping her name confidential," lawyer William Shaheen said in a statement Wednesday.

The winner opted to take the prize in a lump sum of $264 million after taxes, rather than an annuity paid out over 30 years, the lottery said in a statement.

"What little I can say is that she and her family have had a long-standing commitment to their community and are thrilled to be able to enhance their impact through targeted philanthropy for generations to come," Shaheen said.

"While we don't know the winner's identity, we do know that her heart is in the right place," Charlie McIntyre, executive director of the New Hampshire Lottery, said in a statement. "These substantial donations are an indication of her generosity and they will make a significant difference in the lives of many throughout our community."

A previous version of this story incorrectly gave the amount of the prize as $559.7. The correct amount is $559.7 million.