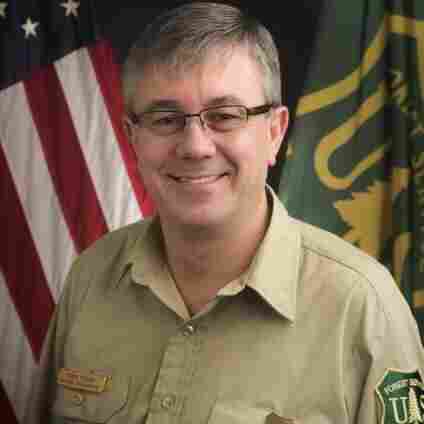 Tony Tooke's resignation as head of the U.S. Forest Service is effective immediately. The Department of Agriculture confirmed last week to PBS that it had "engaged an independent investigator" to look into claims about Tooke's behavior. U.S. Forest Serivce hide caption

The resignation was effective immediately, and came days after PBS NewsHour reported that the U.S. Agriculture Department was investigating sexual misconduct complaints against him.

The NewsHour report revealed a widespread culture of sexual harassment and assault within the agency, and retaliation against those who reported it.

At least 34 women talked to PBS and revealed widespread misconduct including reports of rape.

The Department of Agriculture confirmed last week to PBS that it had "engaged an independent investigator" to look into claims about Tooke's behavior.

In an email to employees, Tooke wrote it was time for a "new leader."

"In some of these news reports, you may have seen references to my own behavior in the past. This naturally raised questions about my record and prompted an investigation, which I requested and fully support, and with which I have cooperated. I have been forthright during the review, but I cannot combat every inaccuracy that is reported in the news media.

"What I can control, however, are decisions I make today and the choice of a path for the future that is best for our employees, the Forest Service and the U.S. Department of Agriculture. I must also think about what is best for my family. Therefore, I have decided that what is needed right now is for me to step down as Forest Service Chief and make way for a new leader that can ensure future success for all employees and the agency."

The nature of the accusations against Tooke have not been made public.

Agriculture Secretary Sonny Perdue announced in August that Tooke would be the new chief of the Forest Service, which manages 154 national forests and 20 grasslands.

Tooke, who began working at the agency when he was 18 years old, spent about six months as its chief.