Accessibility links
Alexa, Please Stop Laughing: Amazon Says It's Fixing Device's Unprompted Cackles : The Two-Way After social media lit up with tales of creepy laughter, we now know why: The Echo's virtual assistant has been spontaneously laughing at its users. Now, the company says it is working on the issue. 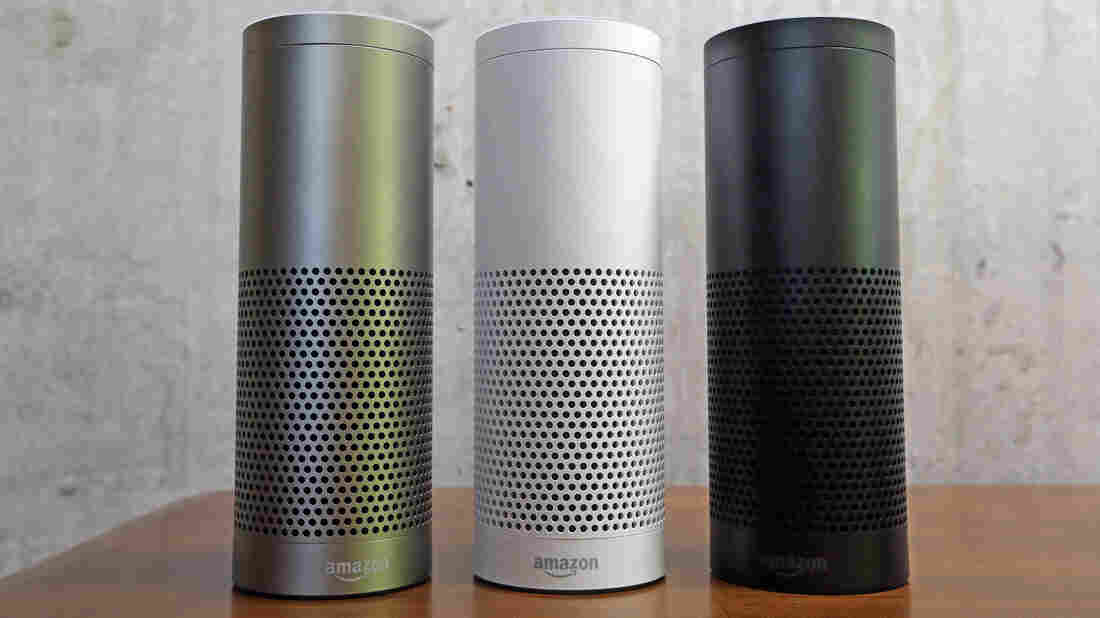 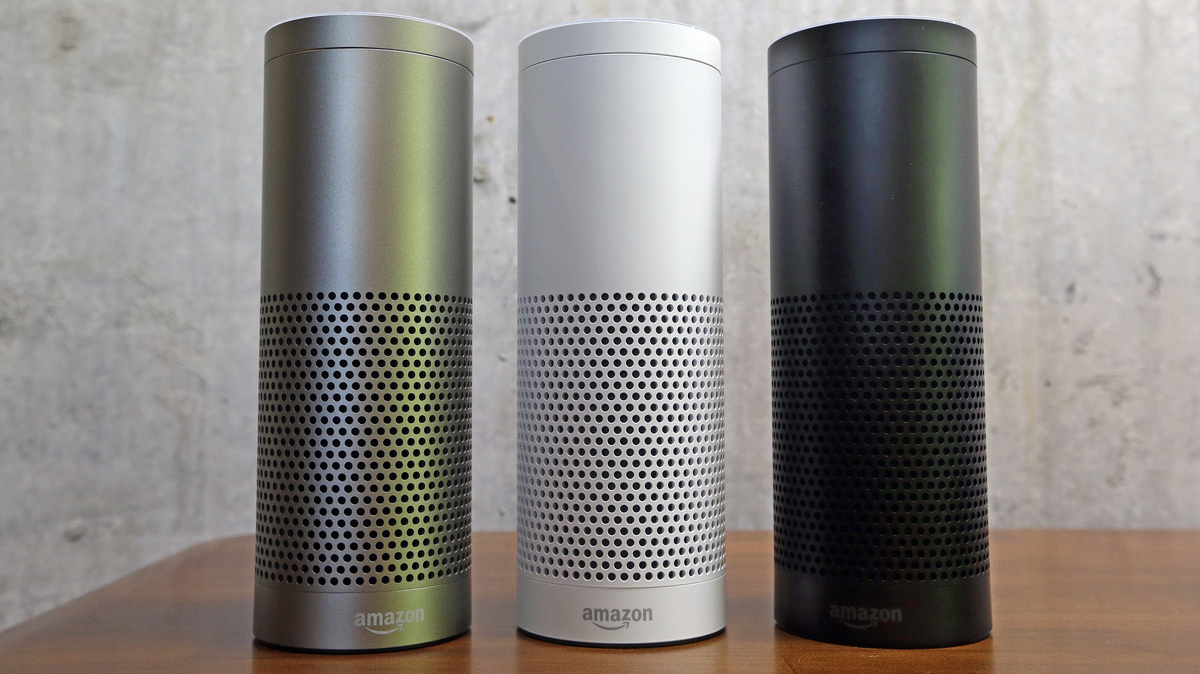 [Insert disturbing reference to HAL from 2001: A Space Odyssey here.]

Late at night, in the gathered shadows of your bedroom, you may have heard it. Or, perhaps you heard it over breakfast with your family in the kitchen, the sound rising unbidden from over your shoulder in a corner of the room you had thought — and now, desperately wish — to be empty.

At least, that's what Amazon Echo owners say they've been hearing lately. In recent weeks, many of them have hit social media saying their smart speakers have been laughing spontaneously, unprompted by commands.

So Alexa decided to laugh randomly while I was in the kitchen. Freaked @SnootyJuicer and I out. I thought a kid was laughing behind me. pic.twitter.com/6dblzkiQHp

The random cackling, as you can imagine, has been described variously as "really creepy," a good reason why it's "time to move" and "the scariest s*** I've ever heard."

"I was trying to turn off some lights and they kept turning back on," one Reddit user observed. "After the third request, Alexa stopped responding and instead did an evil laugh."

so my mom & I are just sitting in the living room, neither of us said a word & our Alexa lit up and laughed for no reason. she didn’t even say anything, just laughed.

Lying in bed about to fall asleep when Alexa on my Amazon Echo Dot lets out a very loud and creepy laugh... there’s a good chance I get murdered tonight.

As it turns out, these Echo owners are not hearing voices. Well, they are — but these voices are, in fact, real: Amazon has confirmed that the device's virtual assistant known as Alexa has been laughing without users' intentional commands, and the company says it is working on a fix.

"In rare circumstances, Alexa can mistakenly hear the phrase 'Alexa, laugh.' We are changing that phrase to be 'Alexa, can you laugh?' which is less likely to have false positives, and we are disabling the short utterance 'Alexa, laugh,' " a spokesperson said in a statement.

"We are also changing Alexa's response from simply laughter to 'Sure, I can laugh,' followed by laughter."

Now, if you do not happen to own an Amazon Echo and you are still hearing laughter from empty rooms inside your house ... well, it really may be time to move.