Accessibility links
Amelia Earhart Mystery May Be Solved, Researchers Say : The Two-Way Richard Jantz, a forensics expert at the University of Tennessee, reanalyzed measurements from the bones. He says they are female and the right size to be Earhart's. But questions linger. 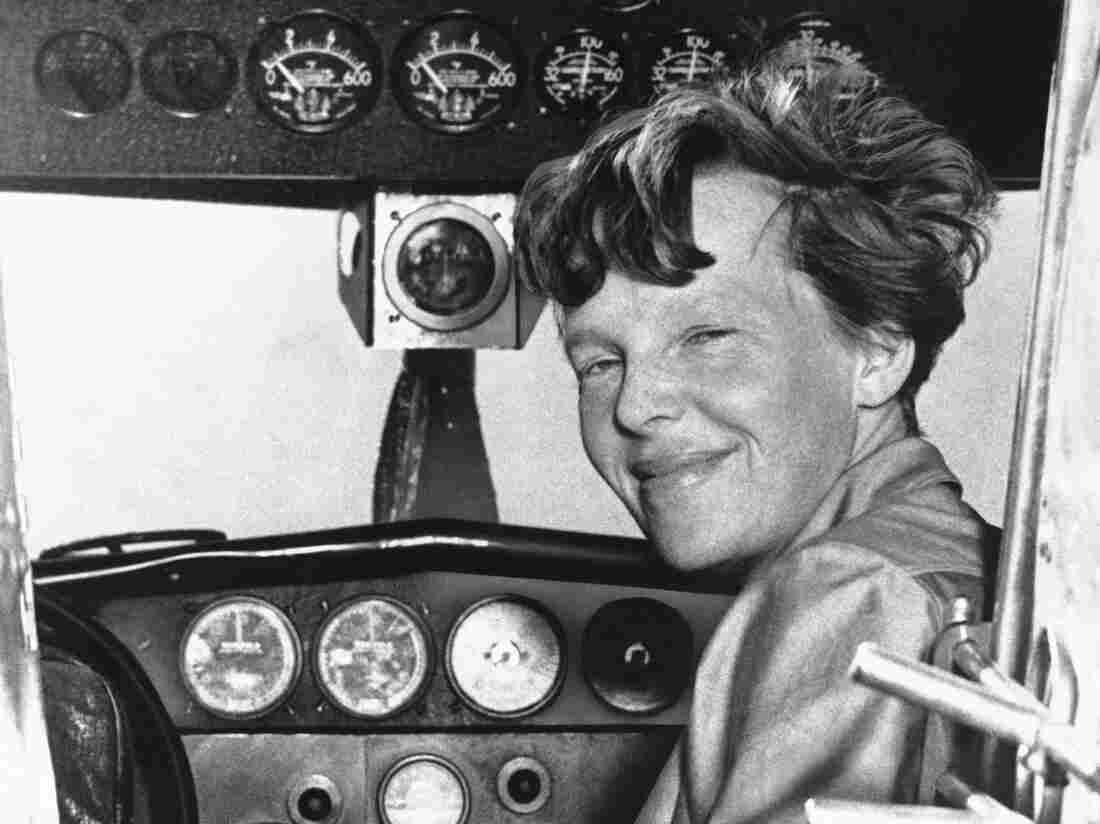 Three main theories about Amelia Earhart's disappearance — arguably the most enduring aviation mystery in history — have been bandied about over the years. AP hide caption 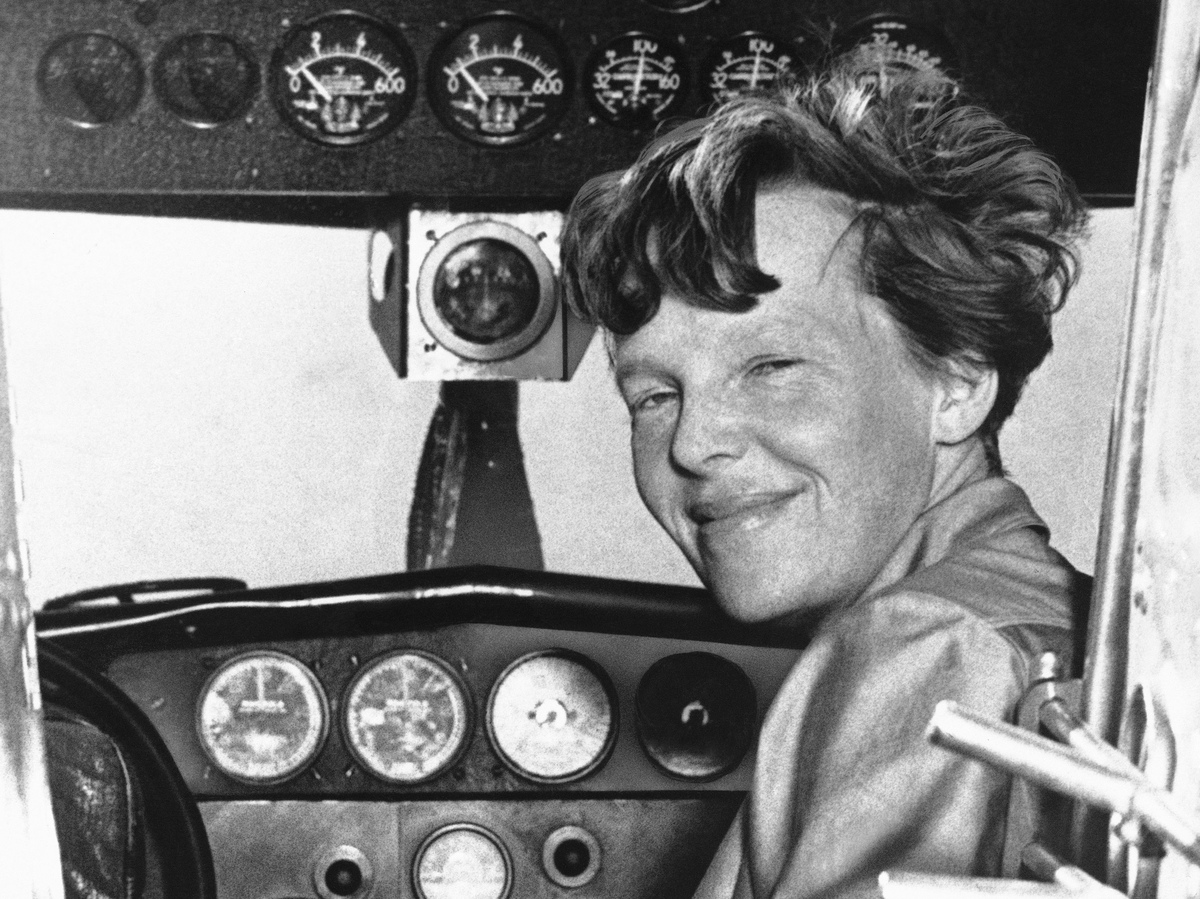 Three main theories about Amelia Earhart's disappearance — arguably the most enduring aviation mystery in history — have been bandied about over the years.

There is no shortage of speculation on what became of legendary American aviator Amelia Earhart, who disappeared in 1937 over the Pacific during an attempt to circumnavigate the globe.

Now, Richard Jantz, a researcher affiliated with the University of Tennessee, has re-examined data from bones found on a remote atoll three years after Earhart vanished and has determined they very likely belonged to her.

Three main theories about Earhart's disappearance — arguably the most enduring aviation mystery in history — have been bandied about over the years.

The first (and simplest) is that Earhart and navigator Fred Noonan, flying their Lockheed Electra 10E, simply ran out of fuel and crashed into the vast Pacific Ocean short of Howland Island, where they were expected to land.

Another theory has it that Earhart (and possibly Noonan) survived a crash landing and that, at least, she was taken prisoner by Japanese forces, who were expanding their reach in the region in the lead-up to World War II.

Yet another one is that the Lockheed Electra crashed on or near Nikumaroro Island, about 400 miles south of Howland, probably as a result of a navigation error. Nikumaroro, then known as Gardner Island, is a tiny coral ring that is part of current-day Kiribati.

He took a closer look at data gathered in 1940 from skeletal remains recovered by a British expedition to Nikumaroro. The British found a human skull, humeri and radii (both arm bones), a tibia and fibula from the lower leg and two femurs (thigh bones). The bones were sent to Fiji, where they were examined and measured by physician D.W. Hoodless.

But the bones themselves are long gone. After Hoodless examined them, and determining them to be from a stocky European male, they disappeared. The assumption is that either he or someone else in Fiji discarded them.

Jantz, working with the International Group for Historic Aircraft Recovery, which has been big into Earhart research for years, ran the measurements taken by Hoodless 80 years ago through Fordisc, "a computer program for estimating sex, ancestry, and stature from skeletal measurements," according to a statement from the University of Tennessee, Knoxville.

The analysis "found that Hoodless had incorrectly determined the sex of the remains. [Fordisc], co-created by Jantz, is used by nearly every board-certified forensic anthropologist in the US and around the world."

"The data revealed that the bones have more similarity to Earhart than to 99 percent of individuals in a large reference sample," the statement said.

NPR's Christopher Joyce reported on All Things Considered back in 1998 about a similar but presumably less sophisticated analysis that determined the bones were female.

"Hoodless had 13 bones to work with, including the skull and some long bones from the legs and arms," Christopher reported at the time. "His conclusion, was that the bones belonged to a European, but a European male" and that they were from an individual about 5 feet, 6 inches — shorter than Earhart's 5 feet, 9 inches.

Using "scaleable objects" in photos of Earhart and examination of the inseam of some of her trousers found in archives, Jantz and another forensic analyst, Jeff Glickman, determined that Earhart was a bit shorter than that — 5 feet, 7 inches or 5 feet, 8 inches. Her pilot's license also apparently lists Earhart as 5 feet, 7 inches. In photographs of Earhart and Noonan, he stands several inches taller than she. 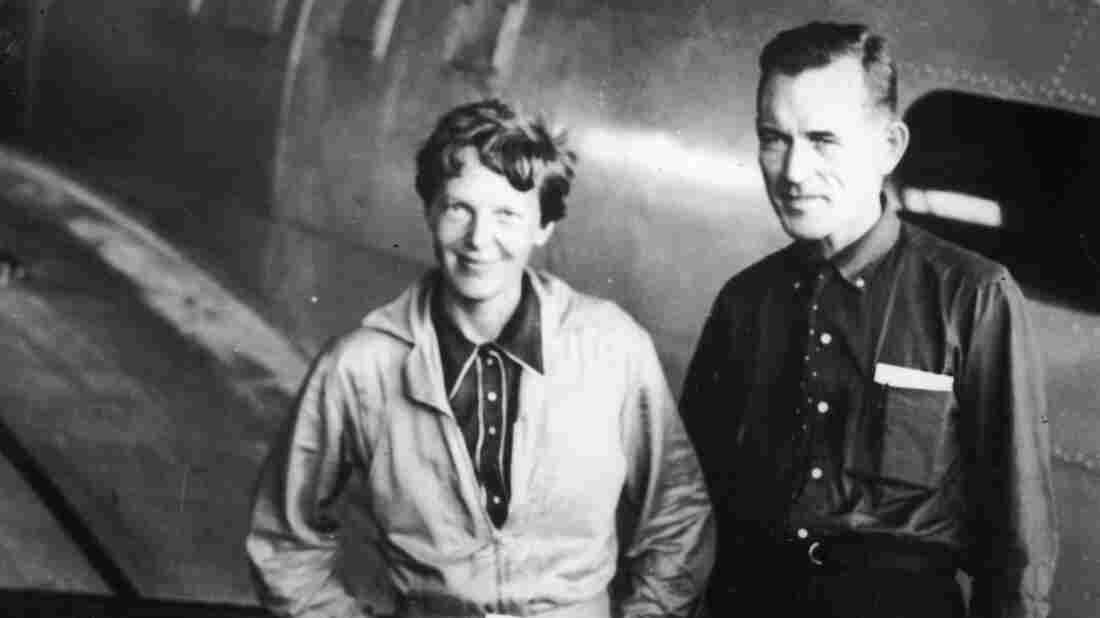 The simplest theory about what happened to Earhart and navigator Fred Noonan is that they simply ran out of fuel and crashed into the Pacific Ocean. Topical Press Agency/Getty Images hide caption 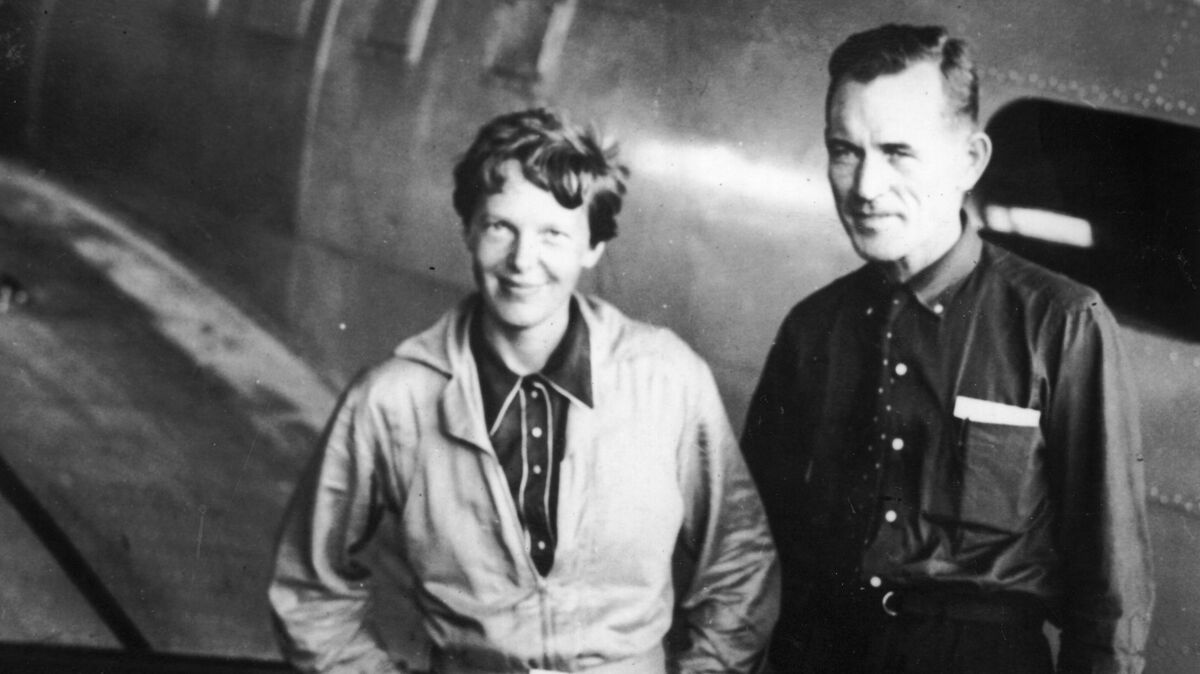 The simplest theory about what happened to Earhart and navigator Fred Noonan is that they simply ran out of fuel and crashed into the Pacific Ocean.

To determine the height of the person whose skeletal remains were examined, Jantz compared the ratio of the humerus to the radius, which came out to 0.756. The average for a mid-20th century female was 0.73, but Earhart was a bit taller than average. From the photo analysis, Glickman says Earhart's ratio should have been 0.76.

However, that all depends on a few things: Were the measurements taken by Hoodless accurate? (And if, as we speculate, Hoodless didn't know the potential historical importance of the remains, how carefully were they taken?) And how accurate was the photo analysis? Even a small variation might put the calculations off.

If we still had the bones, that might clear things up. So why would Hoodless have thrown them out?

In 1929, the SS Norwich City, an English steamer, had wrecked off the coast of Gardner Island with the loss of 11 of the vessel's crew of 35. Hoodless might have thought he was looking at remains from that shipwreck. (Jantz says that in his analysis, he has ruled out that the remains could be any of the shipwrecked sailors.)

It might also be true that in 1940, the prevailing theory of Earhart's disappearance was probably that her plane ran out of fuel just short of Howland and crashed into the open ocean. That was the official explanation being offered by the U.S. government. This would seem to give further weight to the notion that Hoodless probably did not think he was looking at anything of historical importance.

"When Hoodless conducted his analysis, forensic osteology was not yet a well-developed discipline," Jantz explains in the published research in the journal Forensic Anthropology. "Evaluating his methods with reference to modern data and methods suggests that they were inadequate to his task; this is particularly the case with his sexing method. Therefore his sex assessment of the Nikumaroro bones cannot be assumed to be correct."

Even so, Jantz acknowledges that a 2015 study found the techniques employed by Hoodless were "sound and therefore his sex estimate was likely correct."

A previous version of this story misspelled Kiribati as Kirabati.