Accessibility links
Florida Governor Signs Package Of New Gun Restrictions : The Two-Way Among other things, the legislation raises the legal age for gun purchases to 21, institutes a waiting period of three days and allows for the arming of some school personnel 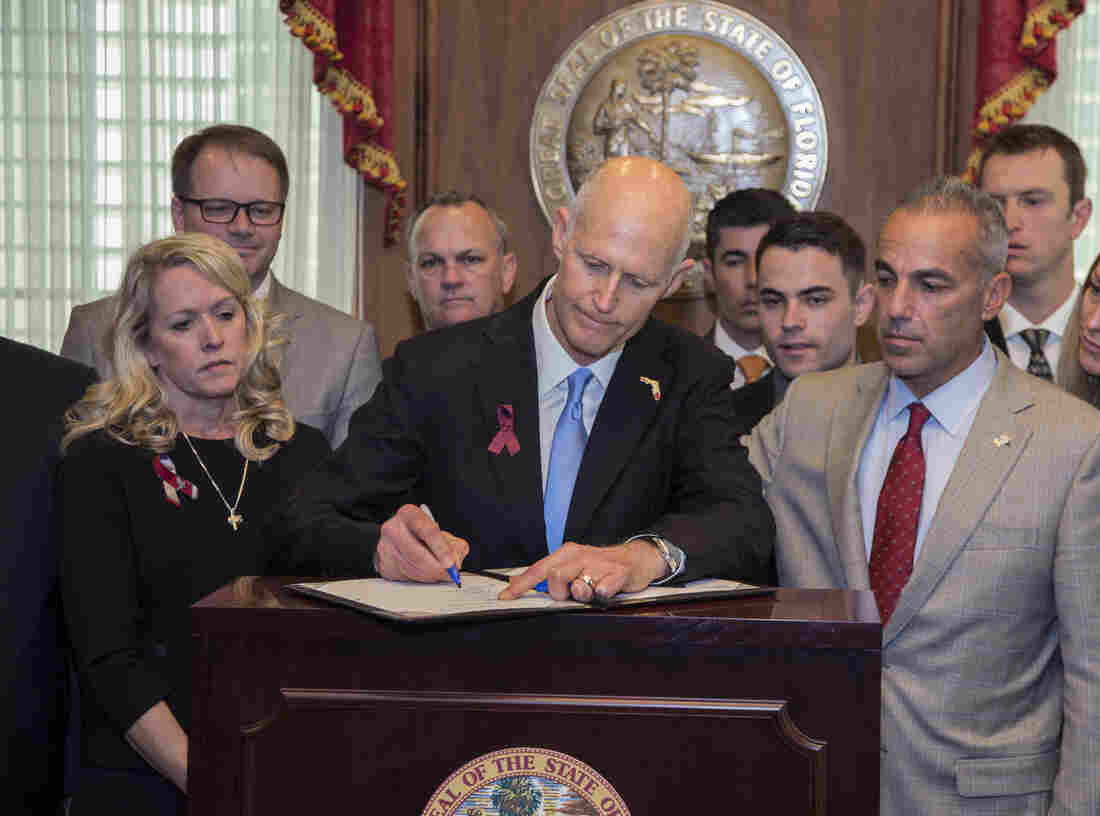 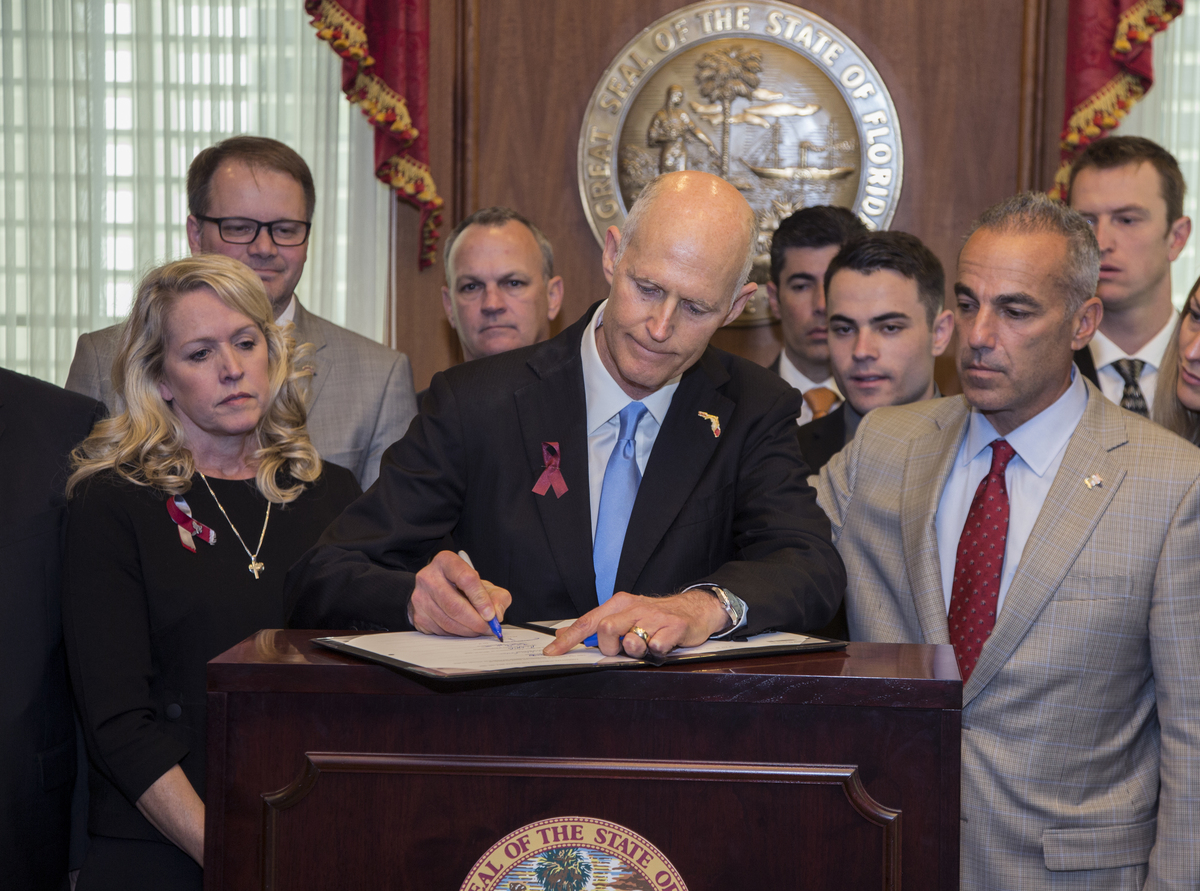 Florida Gov. Rick Scott signs the Marjory Stoneman Douglas Public Safety Act on Friday. The legislation includes a number of gun restrictions and also permits school personnel who are not full-time teachers to be armed.

Florida Gov. Rick Scott has signed legislation tightening gun restrictions in the state. Among other things, the legislation raises the legal age for gun purchases to 21, institutes a waiting period of three days, and allows for the arming of school personnel who are not full-time teachers.

In a statement, Scott's office highlights mental health provisions in the bill:

"Creates "Risk Protection Orders," which allows a court to prohibit a violent or mentally ill individual from purchasing or possessing a firearm or any other weapon. If a law enforcement officer believes that a person poses a danger to themselves or others by possessing a firearm, they can petition a court to have the individual immediately surrender the firearm and prohibit them from possessing or purchasing firearms;

"Allows law enforcement to seize firearms when a person has been detained under the 'Baker Act.' Also prohibits a person who has been 'adjudicated mentally defective' or who has been 'committed to a mental institution' from owning or possessing a firearm."

Florida's Baker Act allows families to get mental health evaluations of loved ones who resist such intervention.

The governor's statement notes that the three-day waiting period includes exceptions for "the purchase of rifles and shotguns by law enforcement officers, correctional officers, active duty military members and all members of the Florida National Guard and United States Reserve Forces."

At the signing, Scott was flanked by family members of the victims of the Feb. 14 shooting at Marjory Stoneman Douglas High School in Parkland. Families of the shooting victims wrote a letter to the House legislators on Tuesday, urging them to pass the gun package.

The National Rifle Association has filed a lawsuit against Florida officials, arguing that the law violates the constitutional rights of adults below the age of 21.

NRA Executive Director Chris Cox released a statement that said, "This bill punishes law-abiding gun owners for the criminal acts of a deranged individual. ... Instead of looking to the root cause of this premeditated violence [in schools], the gun control provisions in this law wrongly blame millions of Floridians who safely and responsibly exercise their right to self-defense."

Florida lawmakers approved the legislation earlier this week with the state House voting 67-50 to approve the bill and the state Senate passing it by a 20-18 vote.