Accessibility links
Trump's Military Parade Is Set For Veterans Day : The Two-Way The Pentagon has released a memo detailing a planned November extravaganza with "no tanks," Washington, D.C., officials should be relieved to learn. City streets can't take the weight. 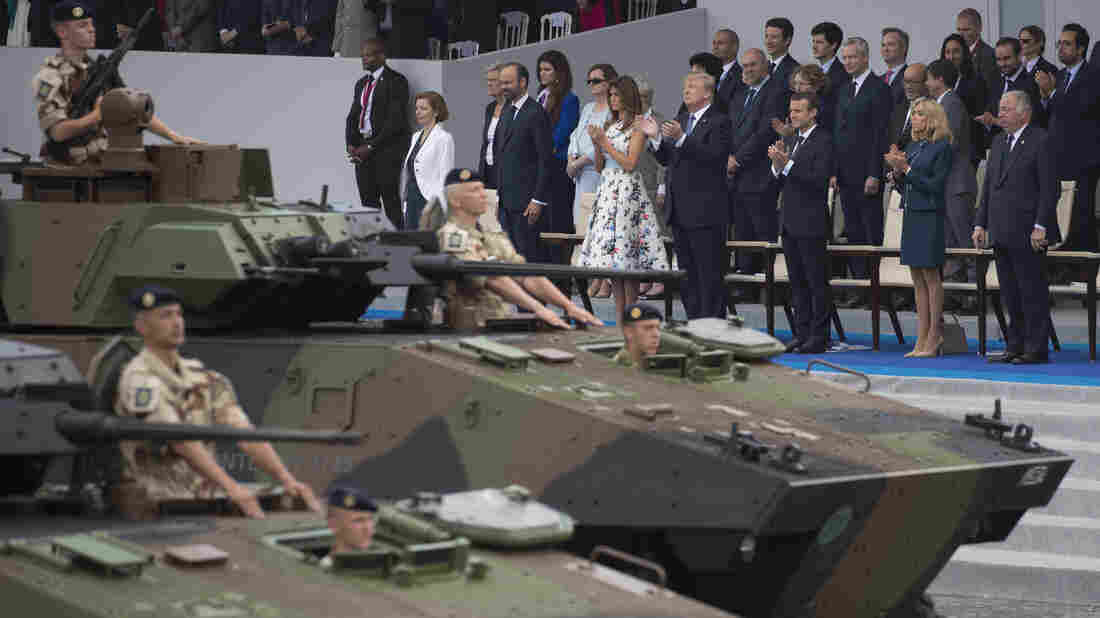 The Bastille Day festivities in Paris last summer gave President Trump the inspiration to call for a military parade in Washington. But the Pentagon says there will be no tanks in its parade in November. Carolyn Kaster/AP hide caption 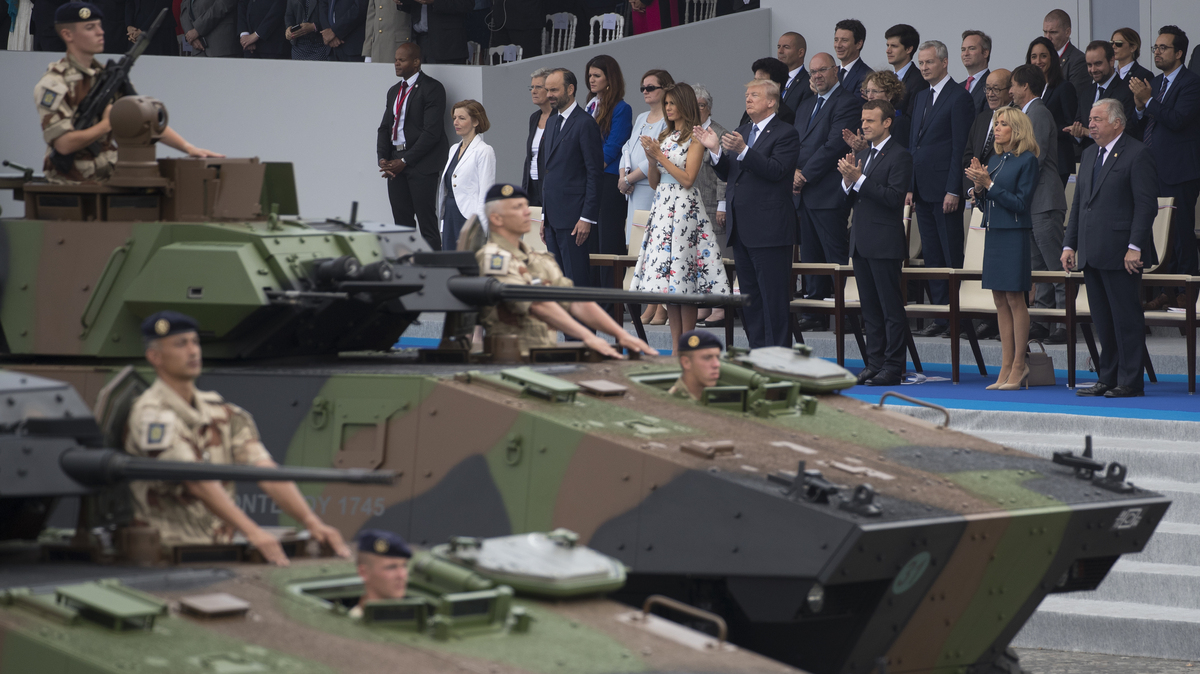 The Bastille Day festivities in Paris last summer gave President Trump the inspiration to call for a military parade in Washington. But the Pentagon says there will be no tanks in its parade in November.

The Pentagon says a military parade requested by President Trump will take place in Washington on Veterans Day to honor those who have served in the military from the Revolutionary War through today.

The document addressed to the chairman of the Joint Chiefs of Staff provides "initial guidance," including assurances that the display will not include tanks, to minimize damage to the city streets. The D.C. City Council had already tweeted its objections ("Tanks but No Tanks").

The memo does not estimate the cost, but as NPR has reported, estimates have suggested it would be between $3 million and $50 million. Tamara Keith and Tom Bowman reported that holding it on Veterans Day, which also commemorates the end of World War I, could reduce complaints:

"By potentially tying the parade to the 100th anniversary of the end of the 'War To End All Wars,' there may be an effort to associate with the tradition of celebrating war victories and avoid associations with countries like North Korea, China and Russia, which regularly hold military parades, in part for the propaganda value.

"Members of Congress from both parties have been critical of the idea of a military parade, questioning its cost and necessity."

The memo says the parade will begin at the White House and proceed to the U.S. Capitol, with a "heavy air component at the end." It notes that Trump will be surrounded by military heroes in the reviewing area at the Capitol.