Accessibility links
Gunman, 3 Hostages Dead At Veterans Home North Of San Francisco : The Two-Way The three women held hostage in the lengthy standoff Friday reportedly were employees of a mental health program operating out of the Napa, Calif., area home for elderly or disabled veterans. 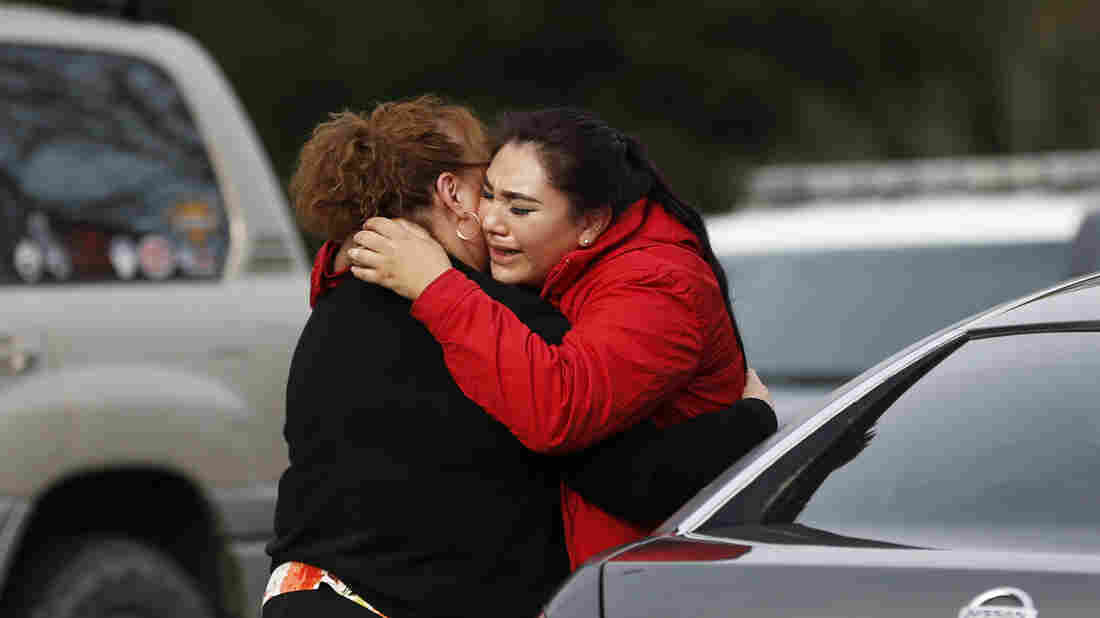 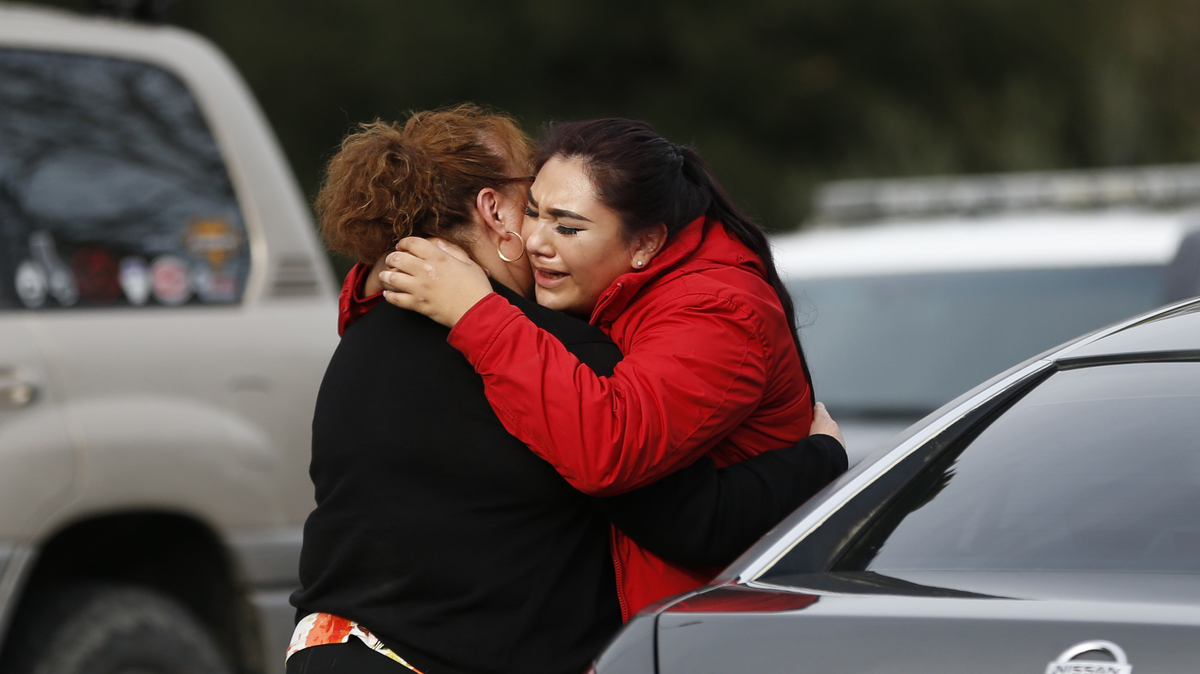 Vanessa Flores (right) embraces another woman Friday after she leaves the locked-down Veterans Home of California in Yountville, Calif., during a hostage situation. Law enforcement officers found a gunman and three hostages dead after a lengthy standoff.

A former soldier and former patient of a veterans home in California took three employees hostage Friday before authorities found him and the three mental health professionals dead hours later.

The standoff lasted more than seven hours Friday at the Yountville Veterans Home of California, a home for elderly or disabled veterans north of San Francisco.

"These brave women were accomplished professionals, dedicated to their careers of serving our nation's veterans, working closely with those of the greatest need of attention," Pathway Home said in a statement, Reuters reported.

The sheriff's office said the suspect was 36-year-old Albert Wong of Sacramento. The Associated Press reports Wong was a veteran and patient of the facility, and had undergone treatment for PTSD there. He "was a decorated U.S. soldier who served on active duty from May 2010 to August 2013. He spent a year in Afghanistan," the AP reported.

A family member of one of the victims told the AP that Jennifer Golick had recently kicked Wong out of a treatment program for combat veterans with PTSD and head injuries.

California Highway Patrol Assistant Chief Chris Childs said it was "far too early to say if they were chosen at random," according to the news service.

President Trump expressed condolences to the victims Saturday morning on Twitter: "We are deeply saddened by the tragic situation in Yountville and mourn the loss of three incredible women who cared for our Veterans," he wrote.

California Gov. Jerry Brown ordered flags at the state capitol to be flown at half-mast. "Our hearts go out to their families and loved ones and the entire community of Yountville," he said in a statement.

The bodies were found shortly before 6 p.m. PT Friday when authorities entered the room where hostages were being held, according to the California Highway Patrol, after several hours had passed with no communication from the gunman.

The suspect took the hostages around 10:30 a.m. PT after slipping into an employee going-away party, the AP reports.

More than 1,000 residents live at the home in Yountville, Calif., near Napa and about an hour's drive north of San Francisco. It's the largest facility like it in the country, KQED reporter Mina Kim told NPR's Newscast.

Officers from the Napa County Sheriff's department, FBI officials and a tactical team from the California Highway Patrol all were involved in the law enforcement response to the standoff, which Kim reports included an exchange of shots with the gunman.