Accessibility links
Steve Bannon Takes Anti-Establishment Message Overseas: 'Let Them Call You Racists' : The Two-Way During a stop on his European tour, Bannon told a conference of the far-right National Front party in France, "Let them call you xenophobes. Let them call you nativists. Wear it as a badge of honor." 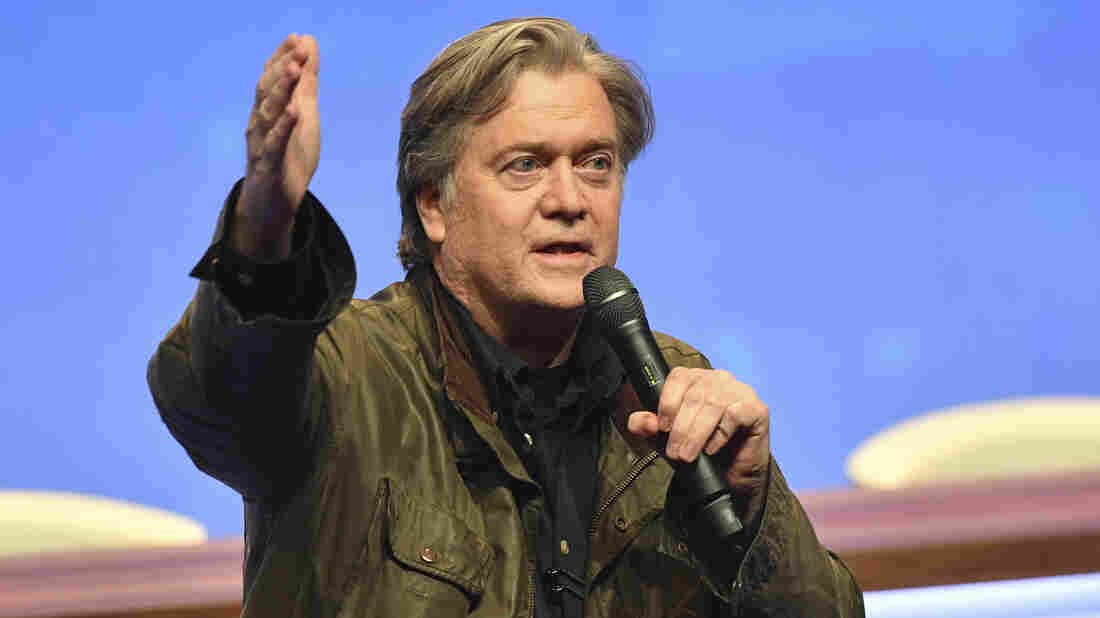 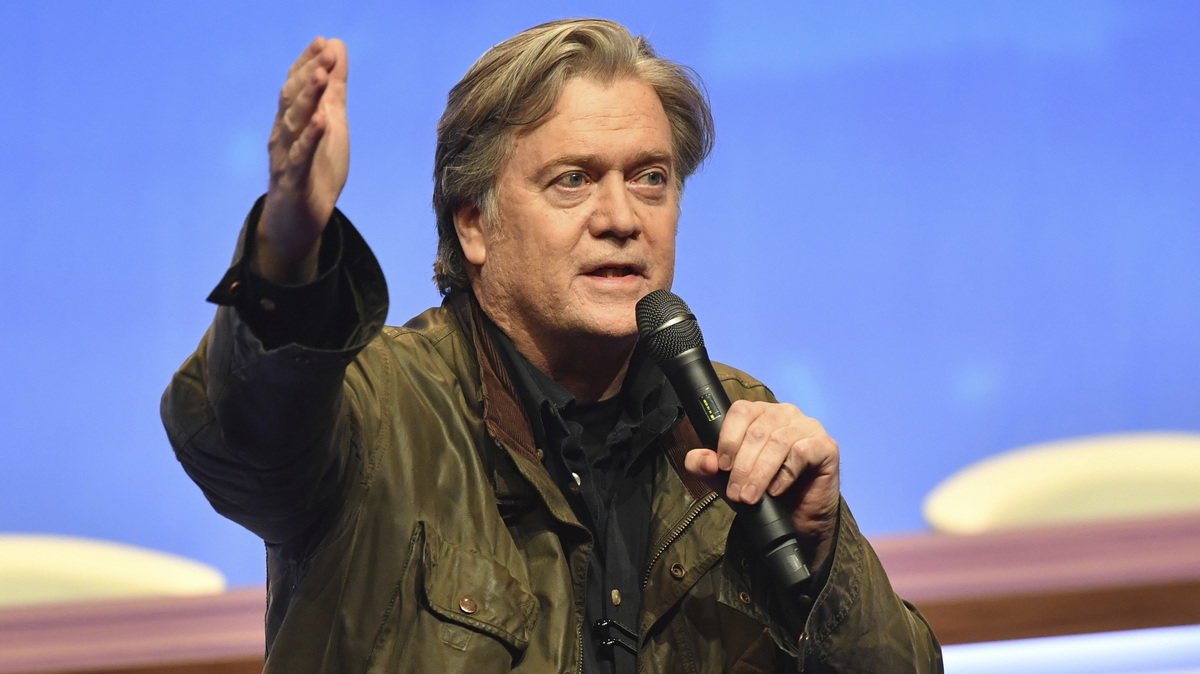 Both have suffered political falls and on Saturday in Lille, France, Steve Bannon, the onetime chief White House strategist, and Marine Le Pen, who lost the French presidency to Emmanuel Macron in May, sought to prop up each other with a shared anti-establishment stance.

Bannon, on a European tour that includes stops in Germany and Italy, addressed a party congress of the far-right National Front, a group that espouses a protectionist and populist agenda.

So why is a man with a reputation staked on tearing down politics-as-usual in Washington, D.C., turning his sights across the Atlantic Ocean?

"All I'm trying to be," Bannon told The New York Times in an interview, "is the infrastructure, globally, for the global populist movement."

Of course, Bannon has burned more than one bridge state-side.

Earlier this year Bannon stepped down as executive chairman of Breitbart News and President Trump and other former allies have turned their backs on him, following less-than-flattering quotes Bannon gave about the Trump family in a new book.

In a halting, yet stirring, speech Saturday — paused to allow an interpreter to translate his English into French — Bannon said he came to Europe not to teach but to learn.

He portrayed the movement — stretching from "Korea" to the "Middle East ... to Alabama" as only growing in strength.

As Bannon put it: "History is on our side."

He depicted the movement's adversaries as the familiar ones that also helped shape Trump's campaign message including globalists, elitists and the media.

"The opposition media — the running dogs of the global corporate elite called Trump and Bannon white supremacists," he said to jeers from the crowd.

"But President Trumps economic nationalism does not care about your race, your religion, your ethnicity. ... It cares about one thing: Are you a citizen of the United States of America?"

Of central banks, Bannon said, "They've made you debt slaves, hamsters on the wheel."

But for Trump (who in January said his onetime advisor had "lost his mind") Bannon had only high praise, calling him "beloved" and the "greatest."

Members also voted to sever ties with her father, Jean-Marie Le Pen, the party's firebrand founder, expelled in 2015, as the party seeks to gain a bigger foothold by distancing itself from anti-Semitic and racist associations.

"You are the vanguard of the national reconquest,"Marine Le Pen said in a speech Sunday at the Lille gathering. "You have this energy, this will, this talent. I need you. The country needs you!"

An earlier version of this story incorrectly quoted Steve Bannon as saying "death slaves." In fact, he said "debt slaves."