Accessibility links
Public Health Advice Issued To U.K. Restaurantgoers Following Ex-Spy Poisoning : The Two-Way Health officials asked anyone who frequented a Salisbury restaurant and pub around the time Sergei and Yulia Skripal were found poisoned to wash their clothes and possessions. 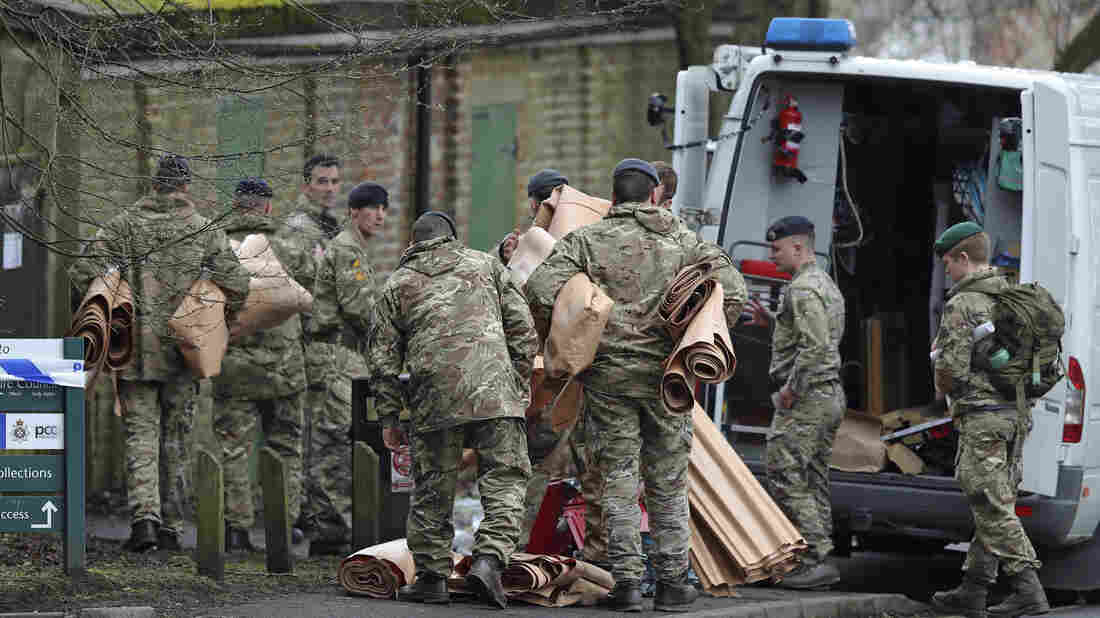 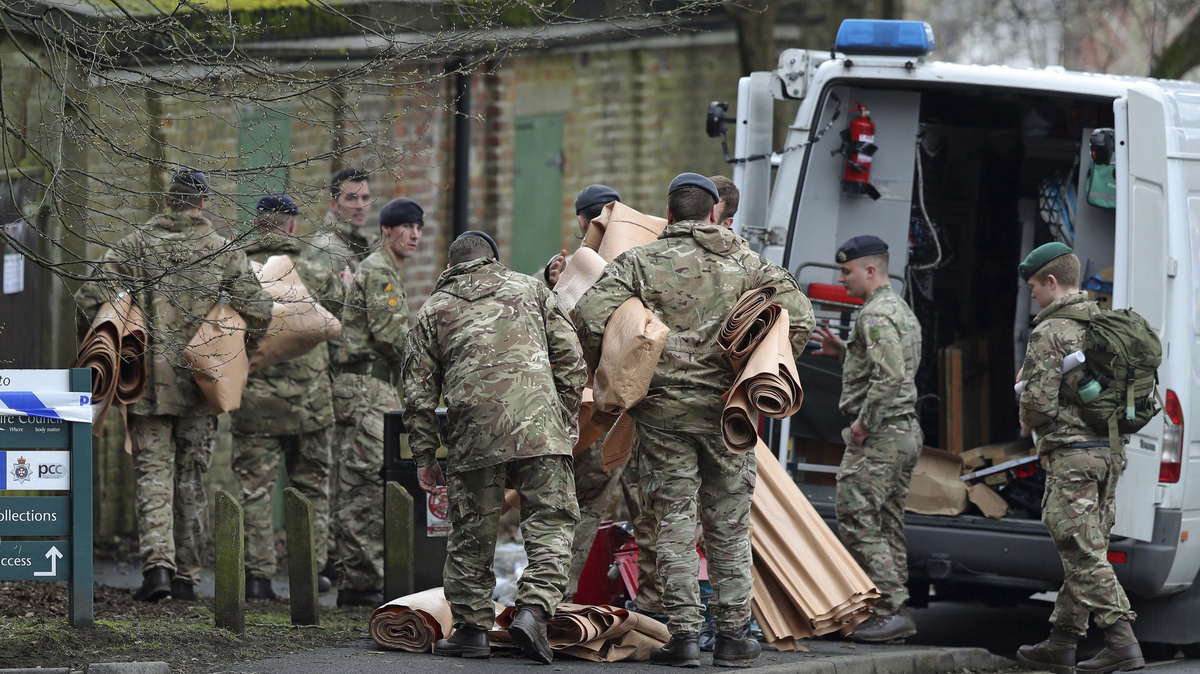 One week after a Russian ex-spy and his daughter were found poisoned by a nerve agent in Salisbury, British officials are ramping up their probe into the attack, bringing military troops into the city and issuing their first public health advisory.

She added while she is "confident" the contamination has not harmed anyone who was in the establishments, concern over long-term exposure to the still-unspecified nerve agent spurred her to issue the advisory.

It says anyone who visited the pub and restaurant between 1:30 p.m. local time Sunday, March 4 and closing the following Monday night, should wash the clothing they were wearing at the time and clean personal items like phones and purses with a wet wipe.

Around 500 people are believed to fit into that window, reports the BBC.

The health risk to residents in Salisbury remains low. We have published precautionary advice for those who were in The Mill pub or Zizzi restaurant in Salisbury on Sunday 4 or Monday 5 March 2018 https://t.co/bi6goK6GsY

Still officials stress there is "no immediate health risk."

This after officials said Thursday that about 21 people had already sought medical treatment related to the attack.

The advisory comes one day after security ministers in the British government held an emergency meeting to discuss the poisoning of Sergei Skripal, convicted in Russia for spying for Britain, and his daughter Yulia, 33.

The elder Skripal lived in Salisbury after being released from a Russian prison in 2010 as part of a spy swap, and his daughter was visiting from Moscow, reports The Associated Press.

Both Sergei and Yulia Skripal "remain unconscious, and in a critical but stable condition," Home Secretary Amber Rudd said on Friday.

A police officer, one of the first responders to attend to the Skripals after they collapsed shortly after their meal, remains hospitalized and is reportedly in stable condition.

Detective Sergeant Nick Bailey released a statement Saturday saying, he was "merely doing his job ... in order to protect the public and keep people safe," and he and his family are grateful for messages of support.

Despite urging pub- and restaurantgoers to take caution, officials have not said where the attack took place. Both establishments remain closed while investigators are also scouring Skripal's home and car as well as the graves of his wife and son, reports the A.P.

Something else officials have not yet said: who was behind the attack, although they have said the Skripals were targeted.

"The use of a nerve agent on UK soil is a brazen and reckless act. This was attempted murder in the most cruel and public way," Rudd said. "People are right to want to know who to hold to account. But, if we are to be rigorous in this investigation, we must avoid speculation and allow the police to carry on their investigation."

Hundreds of officers as well as troops from the British Army are assisting in the investigation.

As NPR's Scott Neuman has reported:

"The incident has drawn comparisons to the 2006 death of Alexander Litvinenko, a former officer of the FSB domestic intelligence branch and an outspoken critic of President Vladimir Putin who defected to the West. Litvinenko died in Britain after exposure to the radioactive isotope Polonium-210. In 2016, an investigation concluded that he was "probably" killed on orders from Putin."

British Prime Minister Theresa May told ITV News the government will act if it finds Russia was behind the latest attack.

"We will do what is appropriate, we will do what is right, if it is proved to be the case that this is state-sponsored," May said. "But let's give the police the time and space to actually conduct their investigation."