Accessibility links
Former FARC Rebels Face The Ballot In Colombia Congressional Elections : The Two-Way After signing a peace deal with the Colombian government in 2016, the FARC are running a total of 74 candidates for Senate and House of Representative seats. 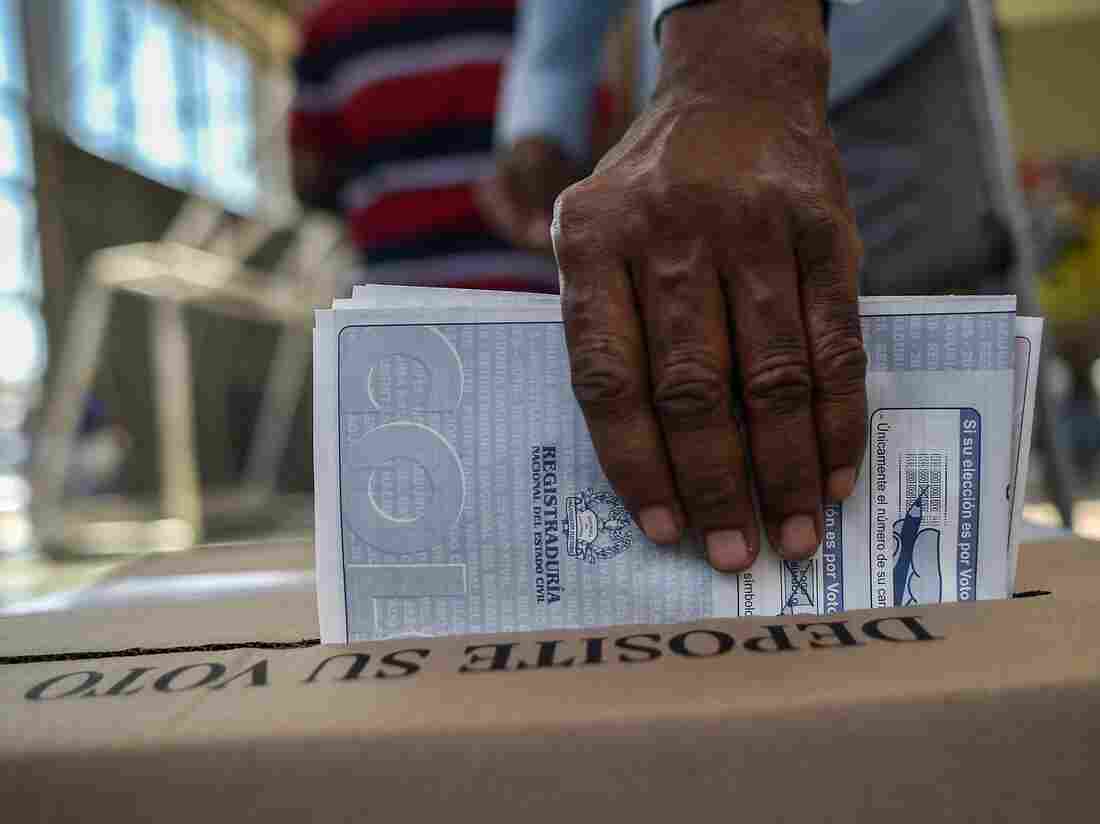 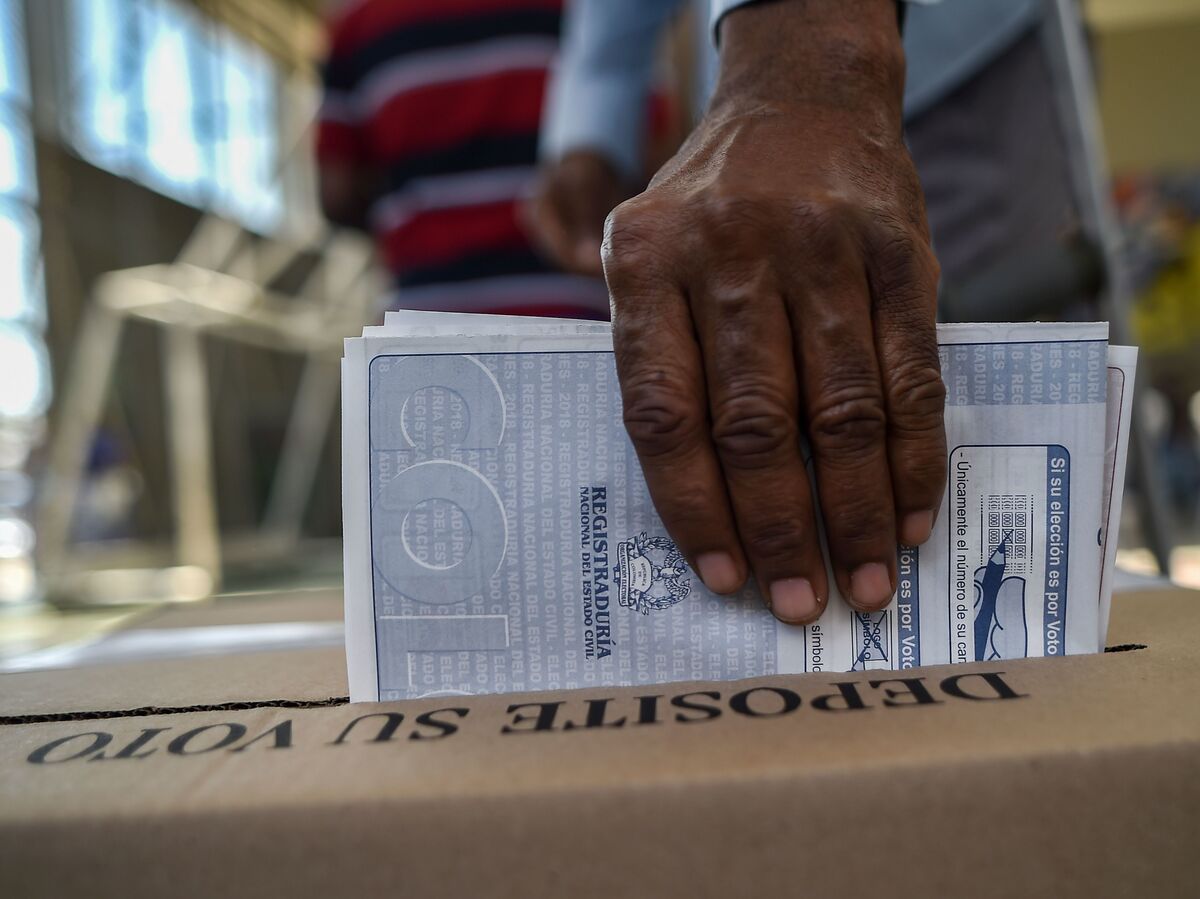 A man casts his vote at a polling station in Cali, Valle del Cauca Department, during parliamentary elections in Colombia on March 11. The elections are the first that FARC will partake in as a legal political party. (Luis Robayo/AFP/Getty Images)

Colombia's former FARC guerrilla group is making its electoral debut as a recognized political party in congressional elections on Sunday.

The FARC became a political party in December 2016, after signing a peace deal with the Colombian government that ended 52 years of bloody civil conflict in which more than 200,000 people were killed and an estimated 8 million were displaced.

The left-wing Marxist group officially disarmed less than a year ago when it handed its weapons over to the U.N.. As U.N. inspectors accepted their weapons during a broadcasted ceremony, FARC members were declared civilians and given government ID cards.

The peace deal also guaranteed the party 10 seats in congress, which consists of 102 Senate seats and 166 House of Representative seats. According to Reuters, the group is running a total of 74 candidates on a platform "focused on fighting poverty and unemployment and improving health and education."

"We aspire not just to the 10 places, five senators and five representatives, but to many more. We are very optimistic and trust it will be more than ten," Julian Gallo Cubillos, a FARC Senate candidate and party leader, told journalists.

Rodrigo Londoño, a FARC guerrilla commander who has been sentenced for taking people hostage, raiding an army base and recruiting children into the group, announced a run for the Colombian presidency under the FARC's political party this May.

On Thursday, he pulled out of the race. As Reuters reported, Londoño's party cited the former commander's recent heart problems and "attacks by the right wing" as reasons for dropping out. "Londoño had canceled campaigning last month after his motorcade was pelted with tomatoes and eggs by angry protesters," according to Reuters.

The group will not replace Londoño with another candidate in the presidential election. Londoño had been considered a fringe candidate, polling around 2 percent. Left-leaning Gustavo Petro, the former mayor of Colombia's capital city Bogotá, was in the lead with 23 percent, followed by mathematician Sergio Fajardo with 20 percent at the end of February.

Some Colombians are embracing the FARC's attempts to control the control legally — by ballots over bullets — while others are wary.

"I think the FARC leaders need to change their ways and answer for their crimes" before entering politics, Joanna Jiménez, a hairdresser in the central Colombian city of Villavicencio, told NPR. In 2002, her younger sister Vanessa was recruited by the group at age 13, and would be apparently executed for deserting them years later.

Some analysts say the congressional elections may change cautious civilians' opinions of the party. "I think their presence in congress will promote reconciliation," Ariel Ávila, who researches security and politics and is director of local think tank the Peace and Reconciliation Foundation, told NPR last month. "It will be good for people to see them in a new role, debating legislation and drafting laws."

The FARC disarmament has quelled some violence in Colombia, but other groups are still active, including the National Liberation Army (ELN). Colombian President Juan Manuel Santos suspended ongoing peace talks with the ELN in January after the leftist rebel group killed several police officers in a series of bomb attacks.