Accessibility links
Fertility Clinic Says Failure May Have Damaged Thousands Of Eggs And Embryos : The Two-Way The problem hit a San Francisco clinic on March 4 — the same day that a similar cryogenic tank failure was reported in Cleveland. 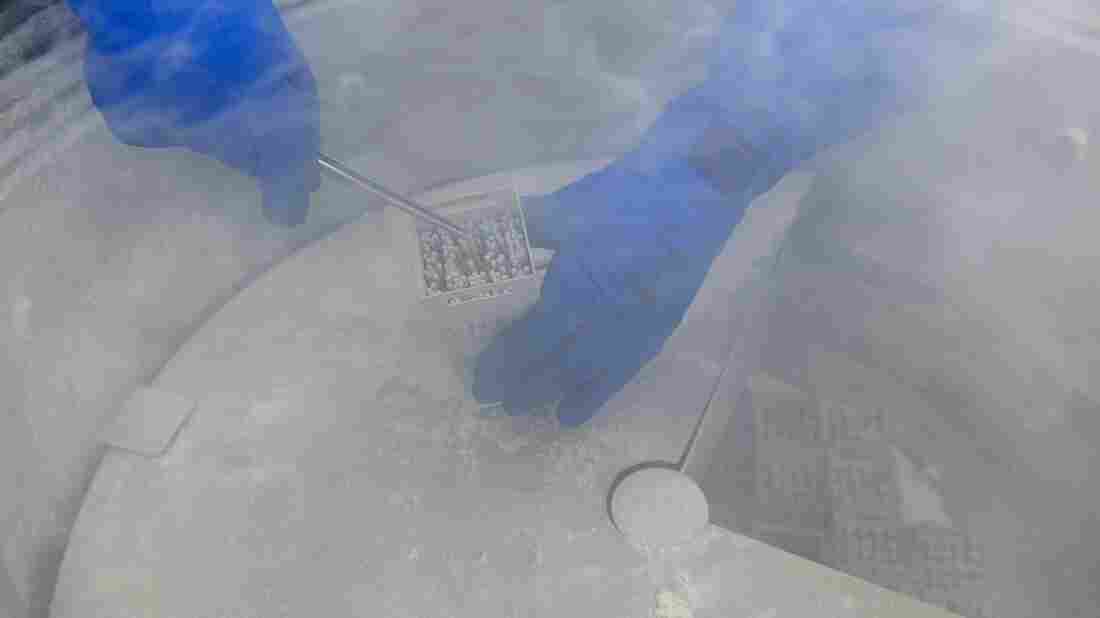 After a cryogenic tank like the one in this file photo lost a great deal of liquid nitrogen, a fertility clinic began the process of determining the damage to stored embryos and eggs. Lluis Gene/AFP/Getty Images hide caption 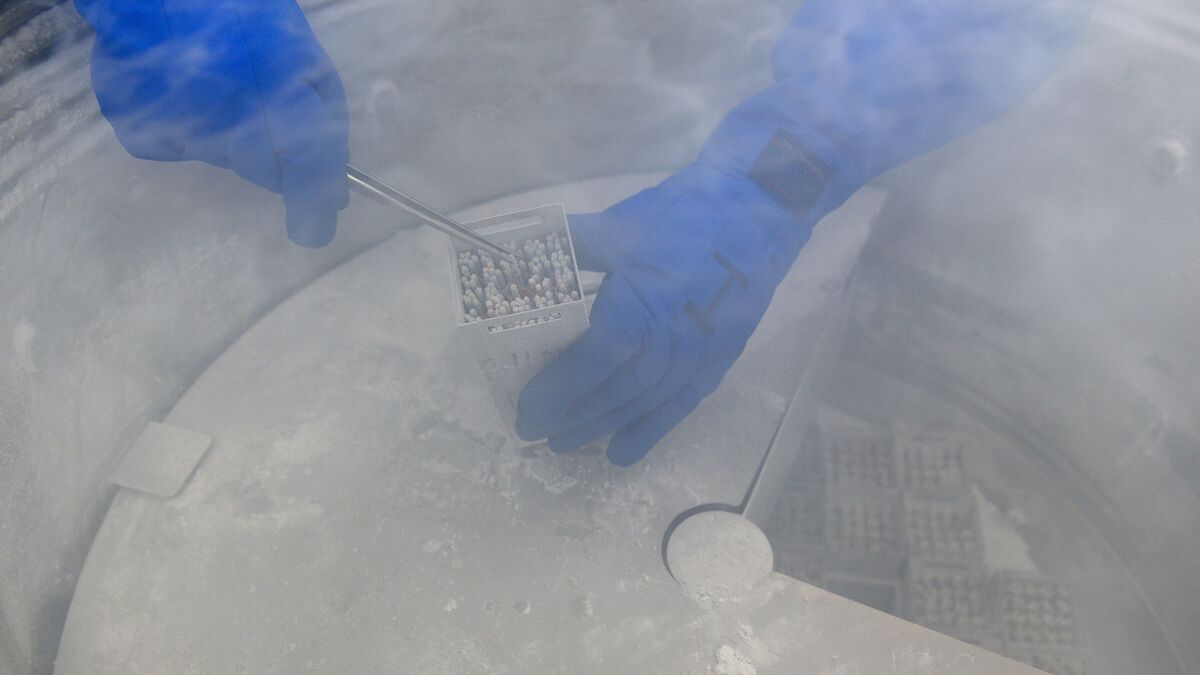 After a cryogenic tank like the one in this file photo lost a great deal of liquid nitrogen, a fertility clinic began the process of determining the damage to stored embryos and eggs.

A San Francisco fertility clinic says that a problem with the liquid nitrogen in one of its storage tanks may have damaged thousands of frozen eggs and embryos, triggering calls and letters to more than 400 concerned patients of the Pacific Fertility Center.

The nitrogen level in one tank fell very low, according to Dr. Carl Herbert, the fertility clinic's president. Herbert told ABC News that an "emergency filling" immediately took place, and that the tank's contents were then transferred to a fully functioning tank.

Actress Sofia Vergara Sued By Her Own Frozen Embryos

Actress Sofia Vergara Sued By Her Own Frozen Embryos

The problem struck on March 4 — the same day that a similar cryogenic tank failure was reported in Cleveland, where the University Hospital Fertility Clinic is investigating "an unexpected temperature fluctuation" that jeopardized its tissue storage bank, where liquid nitrogen preserves eggs and embryos. That incident reportedly affected some 700 patients.

In San Francisco, Dr. Herbert said the clinic is working to determine the effects of the tank failure. Herbert said a "substantial number" of the clinic's patients had stored embryos for around 8-10 years, according to ABC.

"The good news is, we have viable embryos — we've proven that from that tank," Herbert said. "So my hopes are that for my patients, they'll be OK. But because there's an unknown, it's extremely stressful."

The clinic's price for freezing eggs starts at $8,345, and in-vitro fertilization is $11,595, according to its website. The annual cost for tissue storage is $600.

"Anger is a big part of the phone call," Herbert said. "Our goal is to provide all the patients we see with some kind of a family. . . . We need to think: If this tissue doesn't work, what are the next steps, and have you not feel defeated."

The Pacific Fertility Center is located in San Francisco's North Beach region; in the past, it has said that its patients include families of employees at Facebook and other tech companies, many of which pay the costs of fertility treatments as part of their health coverage.

After the Cleveland incident, the American Society for Reproductive Medicine released a statement saying that the cryogenic failure and "potential loss of eggs and embryos at University Hospitals Fertility Center in Cleveland is a tragedy."

A family that lost embryos in the Cleveland hospital's nitrogen tank failure has filed a class-action lawsuit, the AP reports.