Accessibility links
Canadian Civil Rights Pioneer Will Appear On Country's $10 Bill : The Two-Way When Canada's new $10 bill comes out later this year, it will feature activist Viola Desmond, who will become the first non-royal woman and the first black Canadian on the country's currency. 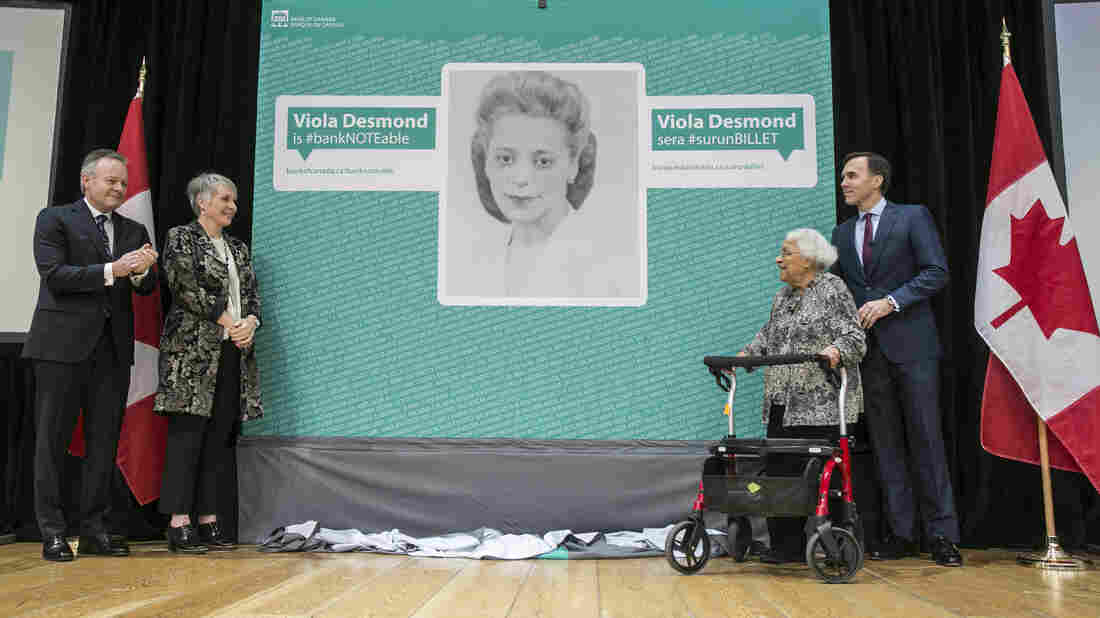 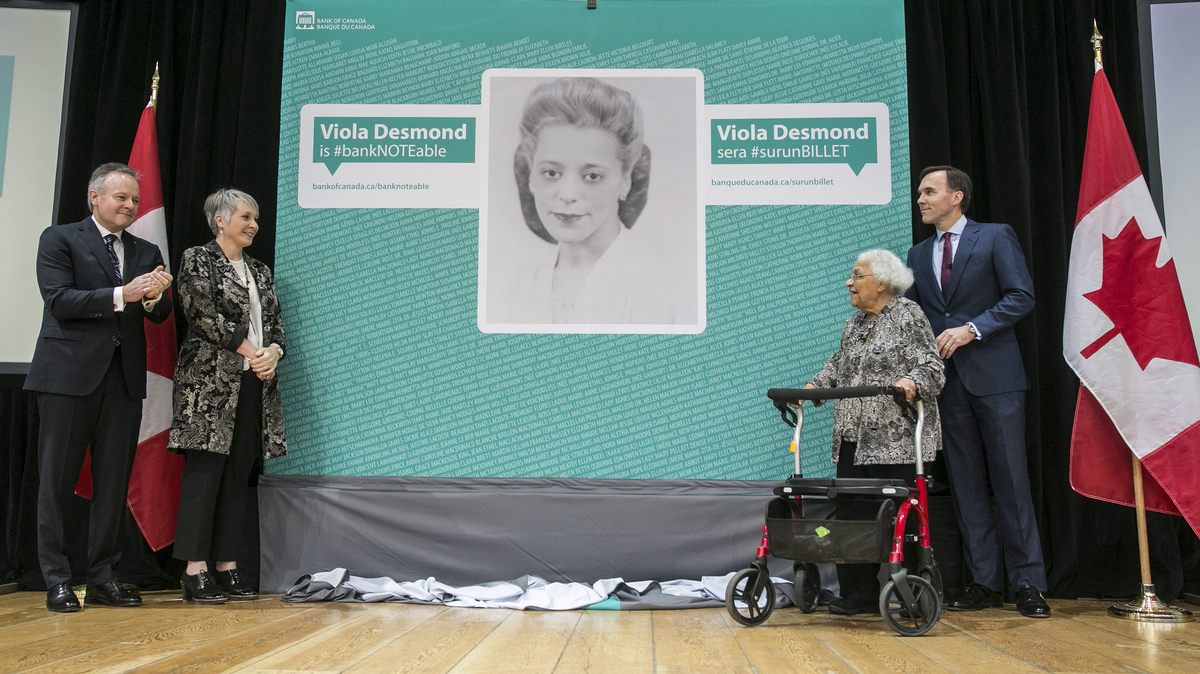 Canada's $10 bill is getting a new look.

Viola Desmond, known as the Canadian Rosa Parks, has been named as the first black person and first non-royal woman to be featured on regular Canadian currency.

Desmond was a businesswoman and entrepreneur who ran a salon and a beauty school in Halifax. In 1946, she defied a Nova Scotia movie theater's rule that restricted black patrons to balcony seats. Desmond wanted to sit downstairs, in the whites-only section. Those seats were a penny more than the balcony seat ticket she had bought.

She was asked to move but didn't, and she was eventually dragged out of the theater by police and arrested. Desmond was charged with tax evasion because of the one cent she didn't pay for a downstairs seat.

She fought the charges in a long legal battle. Though she lost that fight (she was eventually pardoned), her case is credited as helping to end racial segregation in Nova Scotia.

"Her legal challenge galvanized the black community in Halifax' north end and paved the way for a broader understanding of the importance of human rights across our country," Finance Minister Bill Morneau said earlier this month, when he appeared with Desmond's sister, Wanda Robson, at the note's unveiling. Desmond died in 1965.

"I finally realized, all those years — people had made me realize just the magnificence and the importance of what she had done," Robson said.

The Bank of Canada chose Desmond after sifting through nominations that came from across Canada in 2016.

"When the bank sent out a call asking for nominations, over 20,000 names came in. And people nominated their sisters, their mothers, their favorite aunts," Barbara Crow of York University in Toronto, told NPR in 2016. The short list included a poet of Aboriginal heritage, the first woman in Canada to receive a bachelor's degree in electrical engineering and a feminist and pioneer in the fight for suffrage.

The $10 bill with Desmond's portrait comes out later this year. The Bank of Canada will also issue new $5 notes in a few years, followed by new $20, $50 and $100 bills. According to the Bank of Canada, Sir John A. Macdonald, Canada's first prime minister, will be featured on the new $5 bill.

In the U.S., plans to feature abolitionist Harriet Tubman on the $20 bill remain unclear. In 2016, Obama Treasury Secretary Jack Lew announced Tubman would replace President Andrew Jackson on the bill. But earlier this year, Treasury Secretary Steve Mnuchin told CNN he was not focused on revamping U.S. currency.