Accessibility links
Nikolai Glushkov, Russian Exile Linked To A Putin Critic, Dies In London : The Two-Way The Metropolitan Police says that its counterterrorism unit is handling the case "because of associations that the man is believed to have had." 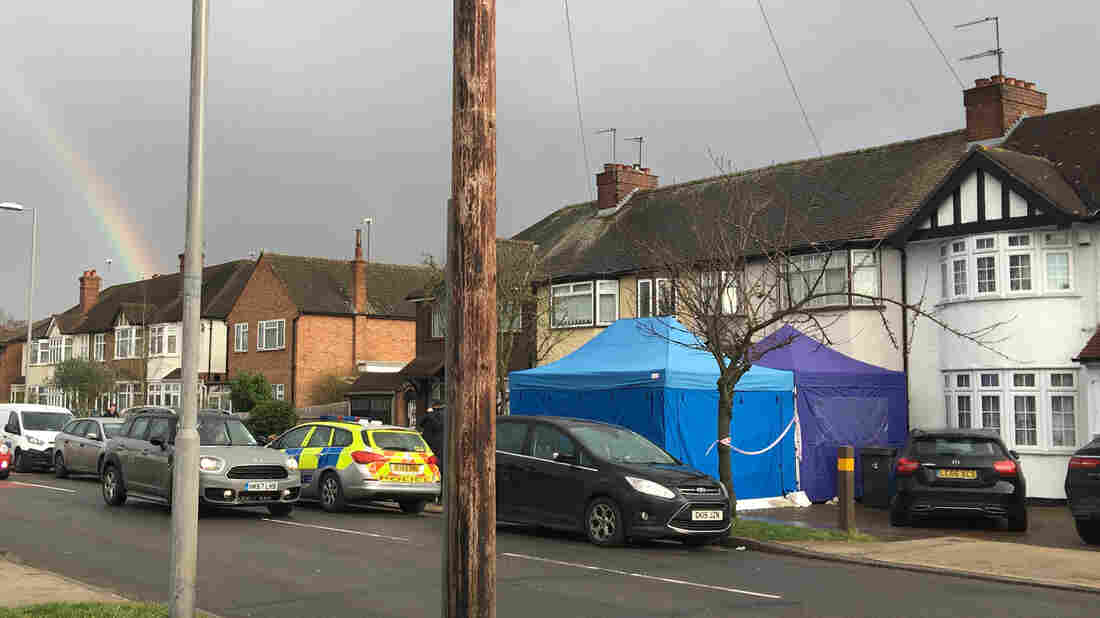 Police are investigating at a residential address in southwest London on Tuesday, where the body of Russian businessman Nikolai Glushkov was found on Monday night. Glushkov, 68, was a close friend of former Russian oligarch Boris Berezovsky, a prominent critic of the Kremlin who was found dead in 2013. Eva Ryan/AP hide caption 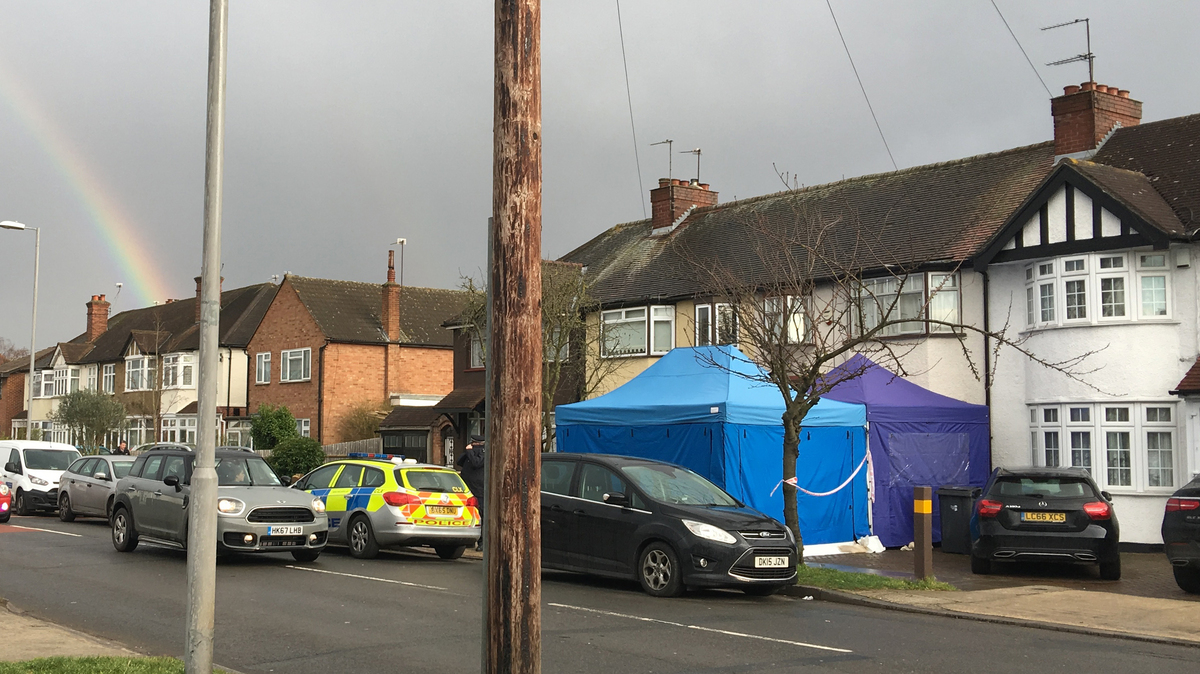 Police are investigating at a residential address in southwest London on Tuesday, where the body of Russian businessman Nikolai Glushkov was found on Monday night. Glushkov, 68, was a close friend of former Russian oligarch Boris Berezovsky, a prominent critic of the Kremlin who was found dead in 2013.

Nikolai Glushkov, a Russian exile who was a close friend of a noted critic of President Vladimir Putin, has died from an "unexplained" cause in London, police say. The Metropolitan Police says that its counterterrorism unit is handling the case "because of associations that the man is believed to have had."

Glushkov, 68, was a close friend of Russian oligarch Boris Berezovsky, a prominent critic of the Kremlin who was found dead in 2013. At the time, an inquiry found he had hanged himself — but Glushkov publicly disputed the idea that his friend and former business ally would have killed himself.

As British media began reporting Glushkov's death, the police issued a statement saying, "An investigation is underway following the death of a man in his 60s in Kingston borough."

Britain Gives Russia 'Until Midnight' To Explain Use Of Nerve Gas

The London Ambulance Service had called police after being summoned to a house in New Malden, where the man was found dead.

"The death is currently being treated as an unexplained," police said, adding that the Metropolitan Police Counter Terrorism Command is leading the investigation as a precaution.

Police said that they believe they know the man's identity and that his family has been notified, but that officials are still awaiting a formal identification.

Glushkov's death comes a week after former Russian spy Sergei Skripal and his daughter, Yulia, were found poisoned in Salisbury, England. Officials in the U.K. say they were the victims of a Russian-engineered nerve agent. The father and daughter remain in critical condition, and British Prime Minister Theresa May has demanded answers from Russia about how the lethal Novichok nerve agent came to be used on U.K. soil.

"There is no evidence to suggest a link to the incident in Salisbury," police said day, as they announced the investigation into Glushkov's death.

Of the Skripal case, British Foreign Secretary Boris Johnson said, "the use of this nerve agent would represent the first use of nerve agents on the continent of Europe since the Second World War."

Russian officials have rejected the idea that their government is responsible for the attack on Skripal. On Tuesday, Foreign Minister Sergey Lavrov said such claims were "nonsense."

Still, the poisoning and now the unexplained death have resurfaced talk of what many see as a pattern of Russians who run afoul of the Kremlin and later die under suspicious or criminal circumstances.

Just two years ago, the official report emerged about the death of Mikhail Lesin, a former Russian press minister and Putin adviser, whose death had originally been reported by Russian media outlets as the result of a heart attack — despite the fact that Lesin had died in a hotel in Washington, D.C., and that his death was eventually ruled to have been caused by "blunt force injuries." The manner of death was classified as "undetermined."

Another notable case involved Alexander Perepilichny, a Russian banker turned whistleblower who died during a jog near his home in Surrey. As NPR's Mary Louise Kelly reported, "Traces of a rare, poisonous flowering plant were found in his stomach."

As a close associate of Berezovsky, Glushkov was linked to one of the most successful of Russia's oligarchs to emerge from the collapse of the Soviet Union. Berezovsky had been an early ally of Putin — but their relationship changed drastically, culminating in the tycoon leaving Russia and being locked in a multi-billion-dollar legal battle with another oligarch, Roman Abramovich, over proceeds from the Sibneft oil company. That dispute was eventually settled in Abramovich's favor.

Describing the suspicions around Berezovsky's death in 2013, the Financial Times reported:

"He had, after all, long claimed President Putin ordered the 2006 poisoning with radioactive polonium-210 of one of Berezovsky's protégés, Alexander Litvinenko, the former KGB agent. He was set to be a witness in a potentially explosive inquest in October into Litvinenko's death."

Glushkov refused to believe there had been no foul play in Berezovsky's demise — particularly as it came years after the death of another ally, the Georgian billionaire Badri Patarkatsishvili, who had died of an apparent heart attack in Surrey.

"You have the deaths of Boris and Badri over a short period of time. Too many bodies are happening. I would say this is a little bit too much," Glushkov told The Guardian in 2013. He added that the list of prominent Russians who opposed Putin was continuing to shrink: "I don't see anyone left on it apart from me."

Berezovsky also controlled the Aeroflot airline — and Glushkov ran it for him. They were accused of embezzling from the enterprise, and in 2007, a Russian court ordered them to repay millions of dollars. But by then, Berezovsky had moved to London. Glushkov wasn't as fortunate; he served five years over money laundering and fraud, The Guardian reports, before following Berezovsky to England several years later.