Accessibility links
U.K. Expels 23 Russian Diplomats Over Use Of Military-Grade Nerve Agent : The Two-Way Prime Minister Theresa May said Russia is "culpable for the attempted murder" of Sergei Skripal and his daughter in Salisbury, England. 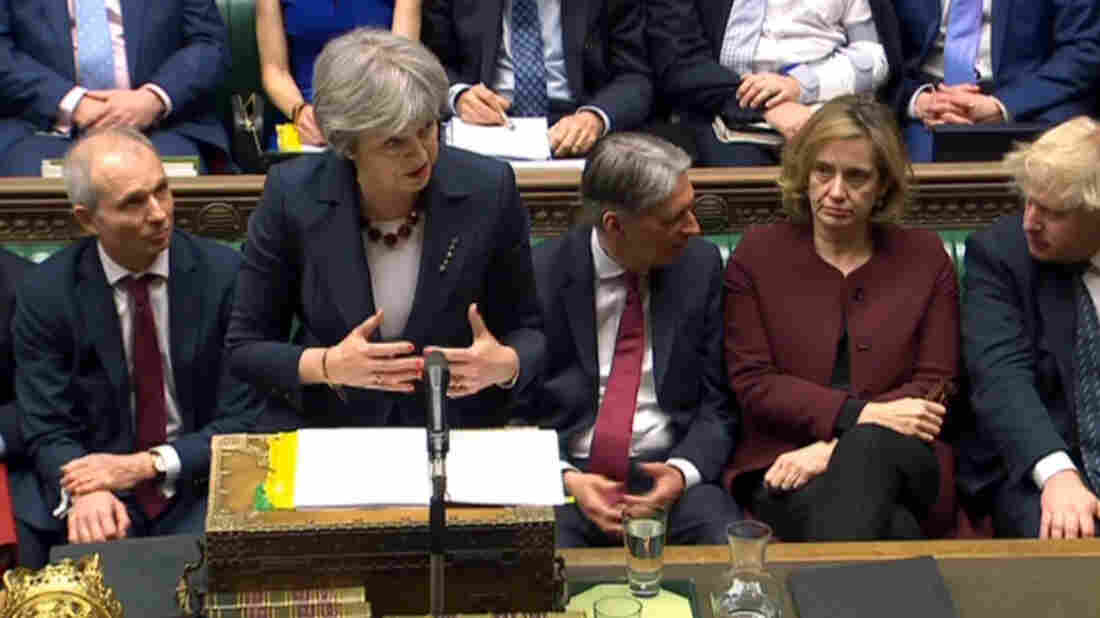 British Prime Minister Theresa May says that "this relationship cannot be the same," after the use of a nerve agent on a former Russian spy who had become a British citizen. AP hide caption 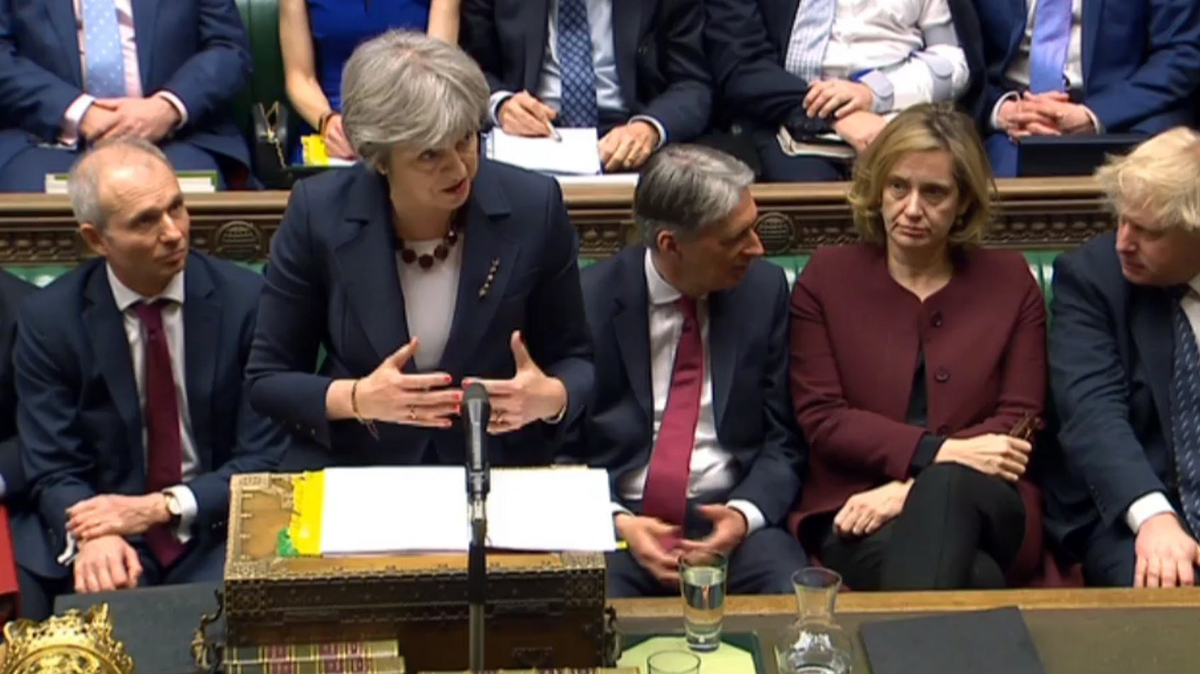 British Prime Minister Theresa May says that "this relationship cannot be the same," after the use of a nerve agent on a former Russian spy who had become a British citizen.

The U.K. is expelling 23 Russian diplomats as punishment for a chemical weapons attack that took place in England. Prime Minister Theresa May has said Russia was likely behind the poisoning of a former Russian spy who, along with his daughter, was exposed to a lethal nerve agent that was developed in Russia.

May called the attack a "barbaric act" as she announced the punishment on Russia on Wednesday. She said the U.K. has revoked an invitation to Russian Foreign Minister Sergey Lavrov to visit Britain, citing Russia's "affront" to international standards and laws.

Both Sergei Skripal, who worked for Britain while serving in Russia's intelligence service, and his daughter, Yulia, remain hospitalized after being found slumped over on a bench in Salisbury, England, on March 4. A police officer is also receiving treatment after responding to the scene. An investigation found they were exposed to a lethal Novichok nerve agent — a material that is viewed as the exclusive property of Russia.

Russia, the prime minister said, is "culpable for the attempted murder" of Skripal and his daughter.

Russia has denied involvement, with officials saying the country is the victim of "unfounded accusations."

May said Russia's "response has demonstrated complete disdain for the gravity of these events. They have provided no credible explanation. ... Instead, they have treated the use of a military-grade nerve agent in Europe with sarcasm, contempt and defiance."

May said the U.K. government is freezing Russian state assets in her country and canceling plans for high-level bilateral meetings with Russia. While acknowledging that a British-Russian relationship is important, she said that in the wake of the attack, "this relationship cannot be the same."

In addition to those moves, May said that at this summer's World Cup hosted by Russia, there will be no high-level delegation of visitors from Britain, including members of the royal family.

Britain Gives Russia 'Until Midnight' To Explain Use Of Nerve Agent

British officials had given Russia until midnight Tuesday to respond to its findings that the country was behind the use of the lethal nerve agent on U.K. soil. British Foreign Secretary Boris Johnson promised Britain would take "commensurate but robust" action.

But on Tuesday, the U.K.'s ambassador to Russia, Laurence Bristow, was summoned to the Russian Foreign Ministry, where the government said it would not respond to the British ultimatum.

In that meeting, First Deputy Foreign Minister Vladimir Titov said it was "a clear provocation" for Britain to threaten sanctions, according to the ministry.

"Any threat to take 'punitive' measures against Russia will meet with a response," the ministry said. "The British side should be aware of that."