Accessibility links
Sister Of Charleston Shooter Dylann Roof Arrested After Menacing Social Media Post : The Two-Way After a Snapchat post saying she hoped students participating in a walkout to protest gun violence "get shot," Morgan Roof, 18, was taken into custody on drug and weapons charges. 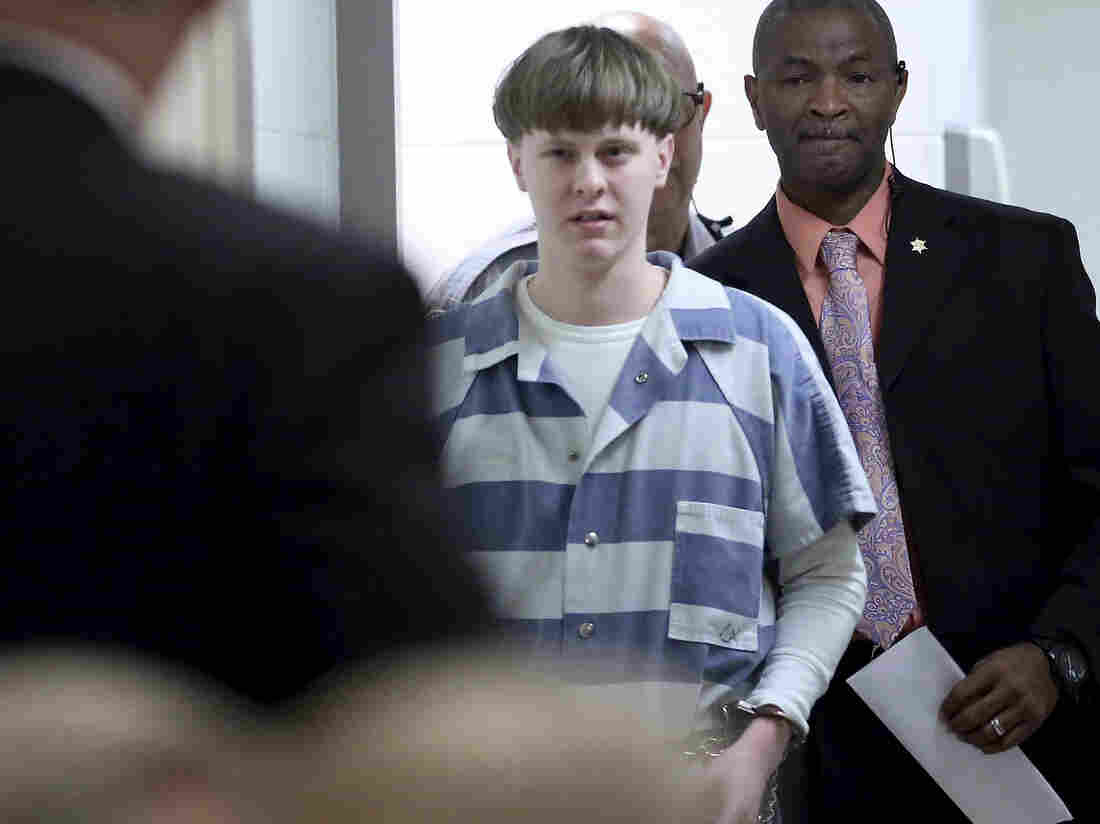 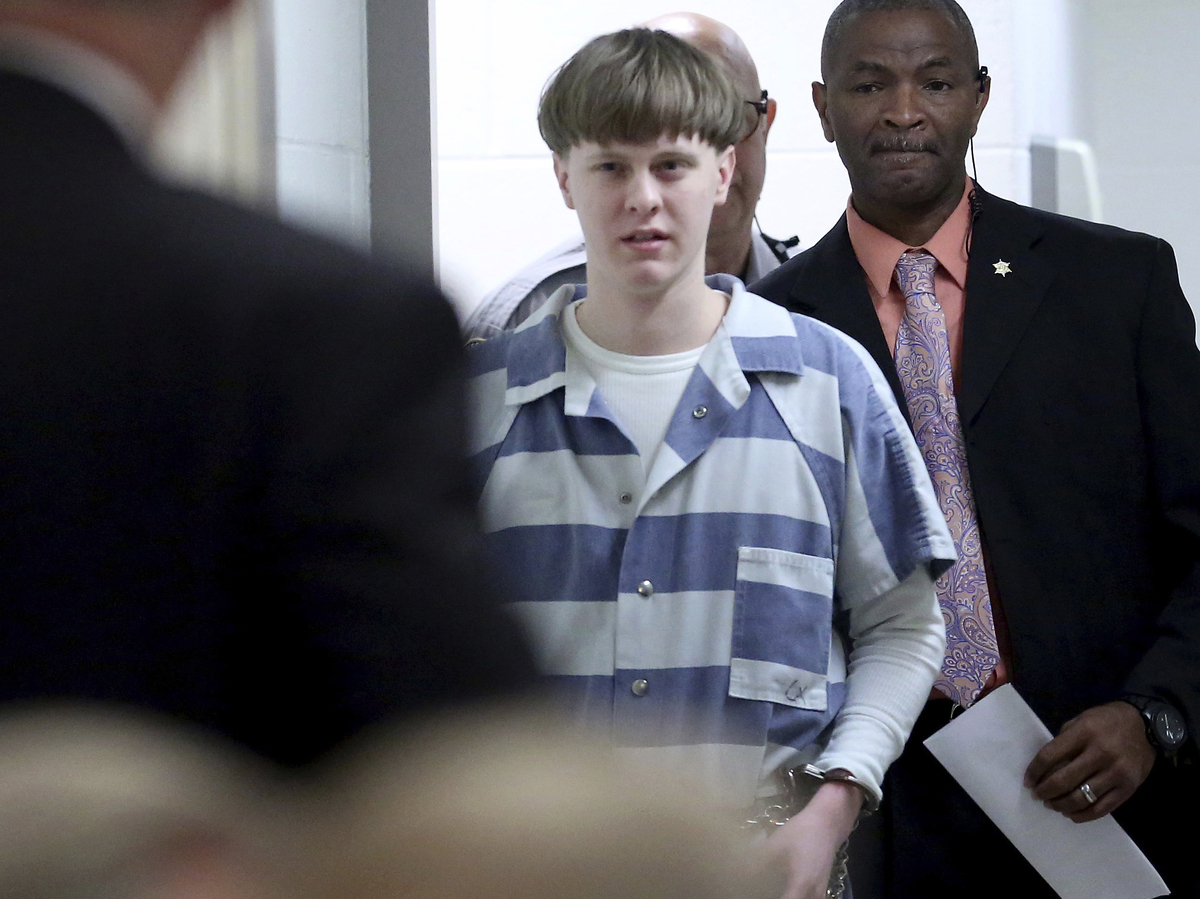 Dylann Roof enters the courtroom at the Charleston County Judicial Center to enter his guilty plea on murder charges in Charleston, S.C., on April 10, 2017.

The younger sister of convicted mass murderer Dylann Roof — who gunned down nine parishioners at a Charleston, S.C., church in 2015 — was arrested Wednesday on drug and weapons charges after she posted a disturbing message on social media.

Morgan Roof, 18, a student at AC Flora High School in Columbia, was charged with one count of marijuana possession and two counts of carrying a weapon on school grounds, the Richland County Sheriff's Department said, describing the weapons as a knife and pepper spray, according to The State newspaper.

"No students were harmed and [Morgan Roof] has been transported to the Alvin S. Glenn Detention Center.

She [appeared] in bond court Wednesday night, where her bond was set at $5,000, and was charged with carrying weapons on school property. She was also ordered not to [return] to the incident location."

Roof's arrest came after she reportedly posted a message to Snapchat saying that she hoped students participating in Wednesday's walkout of classes to protest gun violence would "get shot" and suggested that only "black people" would be participating in the nationwide protests.

"Your walking out of the allowed time of 17min, they are letting you do this, nothing is gonna change what tf you think it's gonna do? I hope it's a trap and y'all get shot we know it's fixing to be nothing but black people walkin out anyway," she posted.

Sheriff Leon Lott said that after learning of the post, the school's staff called the school resources officer and Roof was promptly arrested.

Susan Childs, the principal at AC Flora, said in a statement to parents and students: "As many of you know, today was set as a time for a student walkout. Our student leaders had asked to be allowed to spend seventeen minutes to remember each of the victims of the Parkland, Florida school shooting."

"[A] student used social media to post a hateful message. The posting was not a threat, but was extremely inappropriate. That student was dealt with in a swift and severe manner as the posting caused quite a disruption," Childs said.

South Carolina Gov. Henry McMaster said in a statement that a "potential tragedy was avoided" at the school.

"We owe a debt of gratitude to all involved who acted so quickly and decisively," McMaster said.

In January 2017, he was sentenced to death by lethal injection. Roof pleaded guilty to state murder charges and was found guilty by a jury in Charleston on 33 counts of federal hate crimes. He is currently awaiting execution at the United States Penitentiary in Terre Haute, Ind.