Accessibility links
Not In Kansas Anymore: United Airlines Mix-Up Sends German Shepherd To Japan : The Two-Way The 10-year-old dog was supposed to go to Kansas, but ended up on a trans-Pacific flight instead. It happened just one day after a dog died in an overhead luggage bin on a United flight. 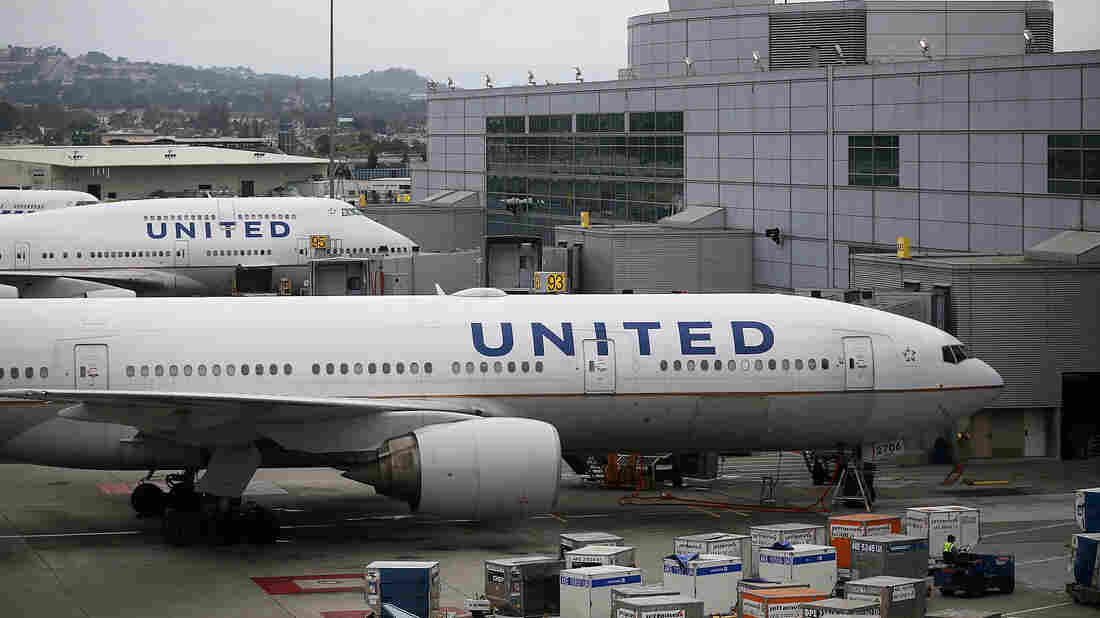 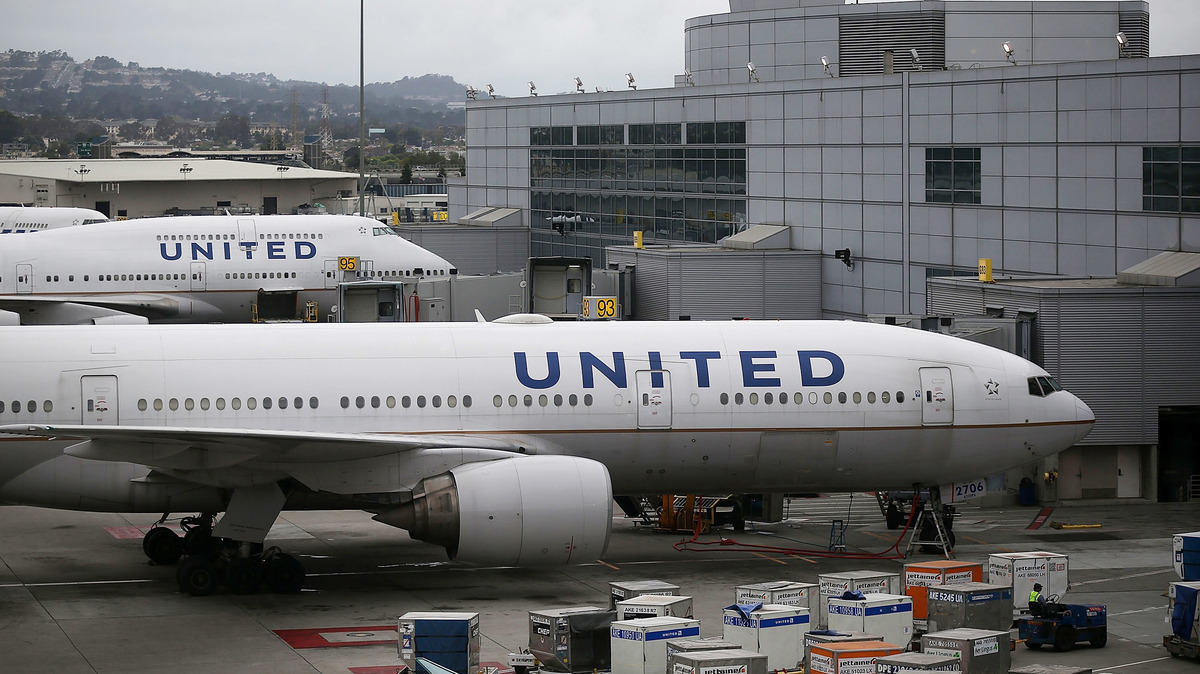 United Airlines planes sit on the tarmac in San Francisco in 2015. The airline had two incidents involving dogs in two days.

A day after United Airlines faced a backlash over a dog's death in an overhead luggage compartment, the company is dealing with another canine-related mistake after a German shepherd meant for Kansas was instead flown to Japan.

In the latest incident, Kara Swindle, who flew with her children from Oregon to Kansas City on Tuesday, went to a cargo facility to pick up their 10-year-old German shepherd Irgo, but found a Great Dane instead, according to Kansas City's KCTV. The Swindles are in the process of moving from Oregon to Wichita, Kan.

That was the dog that was supposed to go to Japan.

"An error occurred during connections in Denver for two pets sent to the wrong destinations," a United spokesperson said in a statement to the TV station. "We have notified our customers that their pets have arrived safely and will arrange to return the pets to them as soon as possible. We apologize for this mistake and are following up with the vendor kennel where they were kept overnight to understand what happened."

Swindle told CNN that Irgo had no food or water on the more than 16-hour flight and now has an ear infection. She said the dog hasn't had medication in three days.

But Irgo was looked at by a veterinarian in Japan and deemed well enough to travel home, KCTV says. The dog is scheduled to arrive in Wichita by Thursday night, though Swindle told the station she worried "if he's going to be able to sustain this flight, because he is a 10-year-old dog."

"I'm hoping that from now on they take better care of animals," Swindle told CNN. "They kind of treat them like they are luggage. I'm hoping they can put something into policy so that this will never happen again."

Would Your Dog Remember You After 10 Years?

It was only a day earlier that dog lovers expressed outrage when a 10-month-old French bulldog died on a Houston to New York flight. A United flight attendant reportedly insisted the dog's carrier be placed in an overhead luggage bin despite the owners following the proper procedures for bringing an animal into the plane's cabin.

As NPR's Bill Chappell wrote Wednesday, United "has endured a string of recent public relations nightmares, from a passenger being dragged off a flight to another case of a dog dying after a United domestic flight one year ago — in that case, the large animal had flown in a crate in a plane's hold, and was under the care of United's PetSafe program."