Accessibility links
Harper Lee Estate Sues Over 'To Kill A Mockingbird' Broadway Script By Aaron Sorkin : The Two-Way The author's lawyer says a contract bars the producers of a high-profile stage adaptation from departing "in any manner" from the spirit of the classic novel. 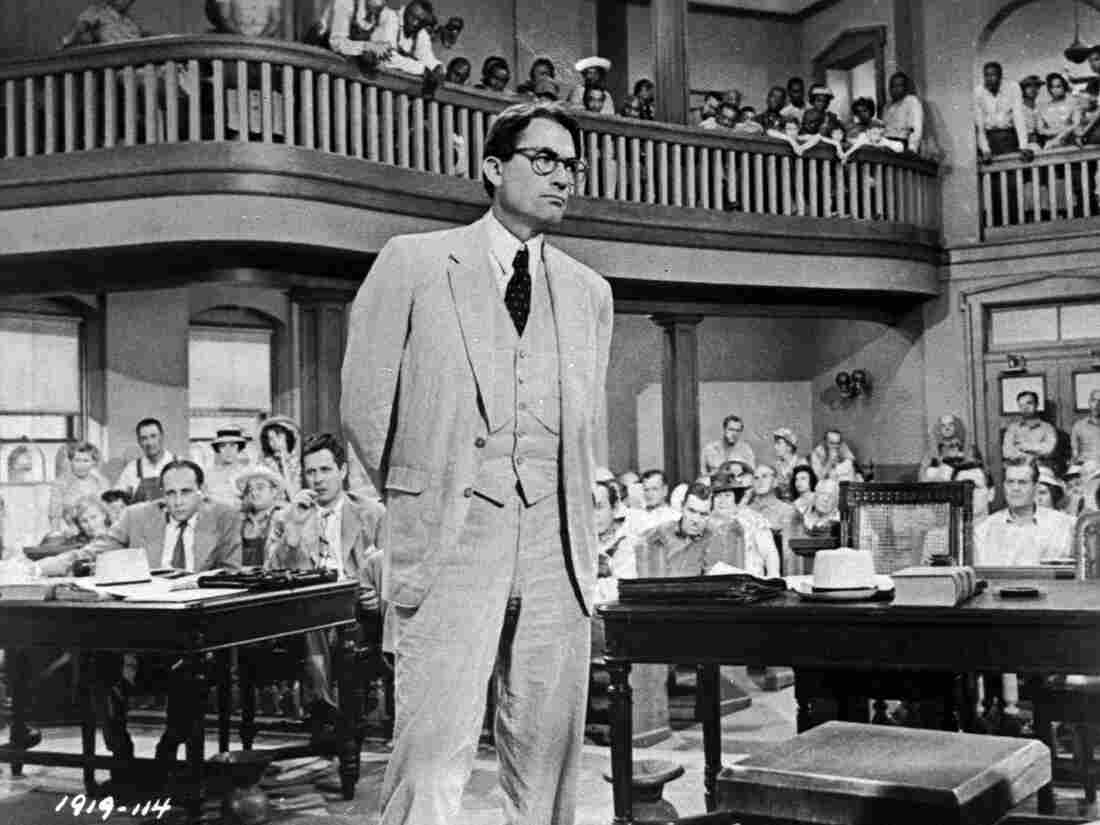 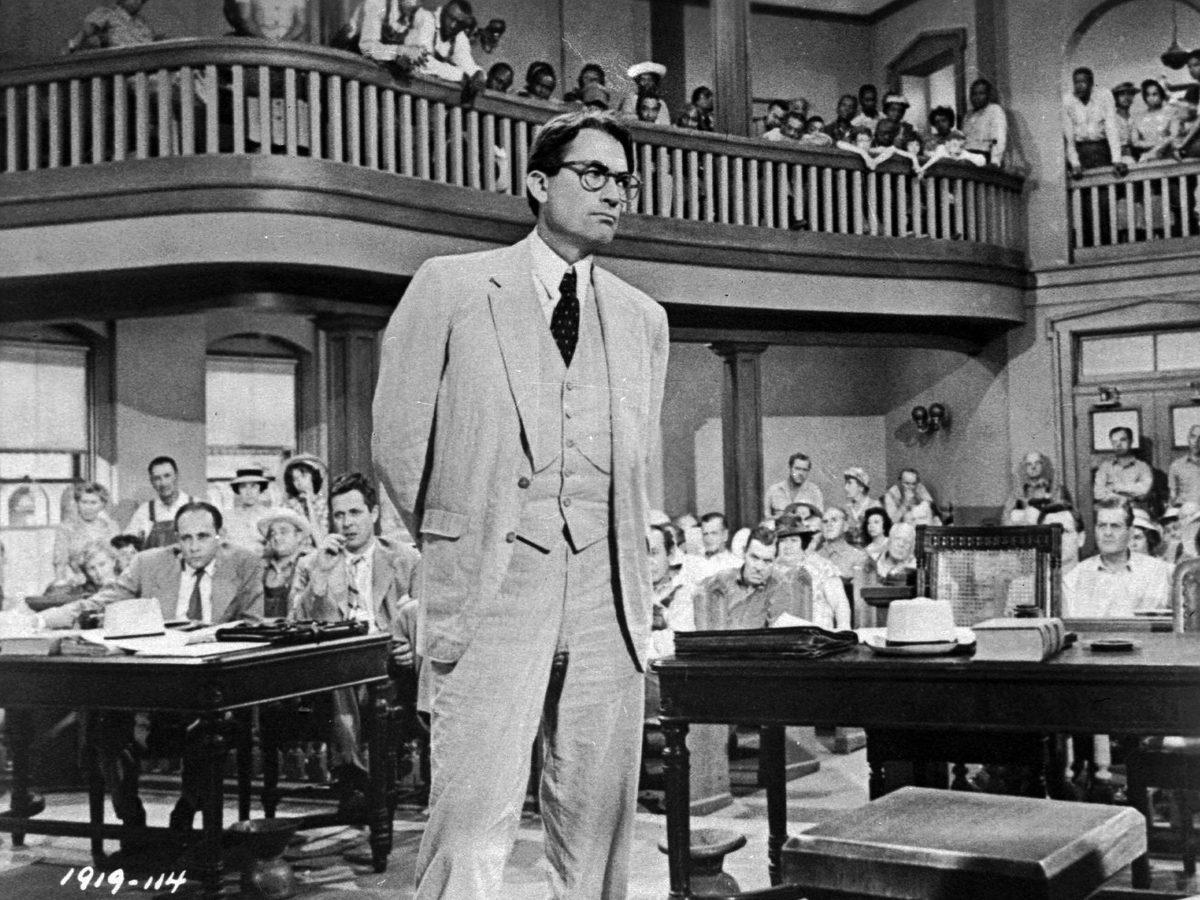 Gregory Peck as Atticus Finch, a small-town lawyer who defends a black man accused of rape, in a scene from the 1962 film To Kill a Mockingbird, based on the novel by Harper Lee.

In the latest battle involving the works of Harper Lee, the author's estate is suing producer Scott Rudin over the script of an upcoming Broadway play of To Kill A Mockingbird.

In a lawsuit filed in federal court in Alabama, Lee's estate complains that the new production by Rudin and writer Aaron Sorkin deviates too much from the novel.

Lee died in February 2016. Her estate maintains that the contract signed between Lee and Rudin's production company, Rudinplay, in 2015 requires that the play "not derogate or depart in any manner from the spirit of the Novel nor alter its characters," and that the estate has the final authority to determine whether such departures have occurred.

Rudin's attorneys argue that even if Lee's estate believes the play does deviate from the novel, it's Rudinplay, not Lee's lawyer, that is the final arbiter of that decision.

Lee's estate is managed by Tonja Carter, a lawyer in the author's hometown of Monroeville, Ala.

In a statement to the New York Times, Rudin said the "estate has an unfortunate history of litigious behavior and of both filing and being the recipient of numerous lawsuits, and has been the subject of considerable controversy based on the perceptions surrounding its handling of the work of Harper Lee both before and after her death."

"This is, unfortunately," he added, "simply another such lawsuit, the latest of many, and we believe that it is without merit. While we hope this gets resolved, if it does not, the suit will be vigorously defended." 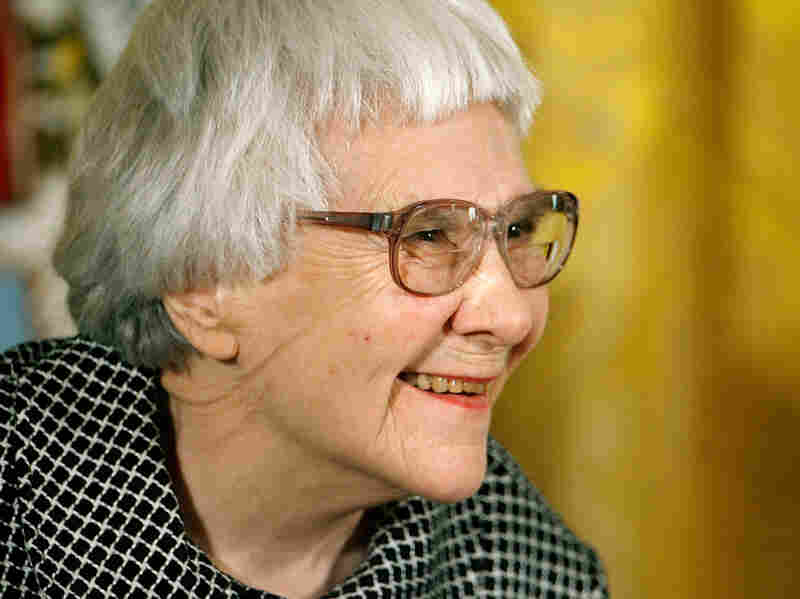 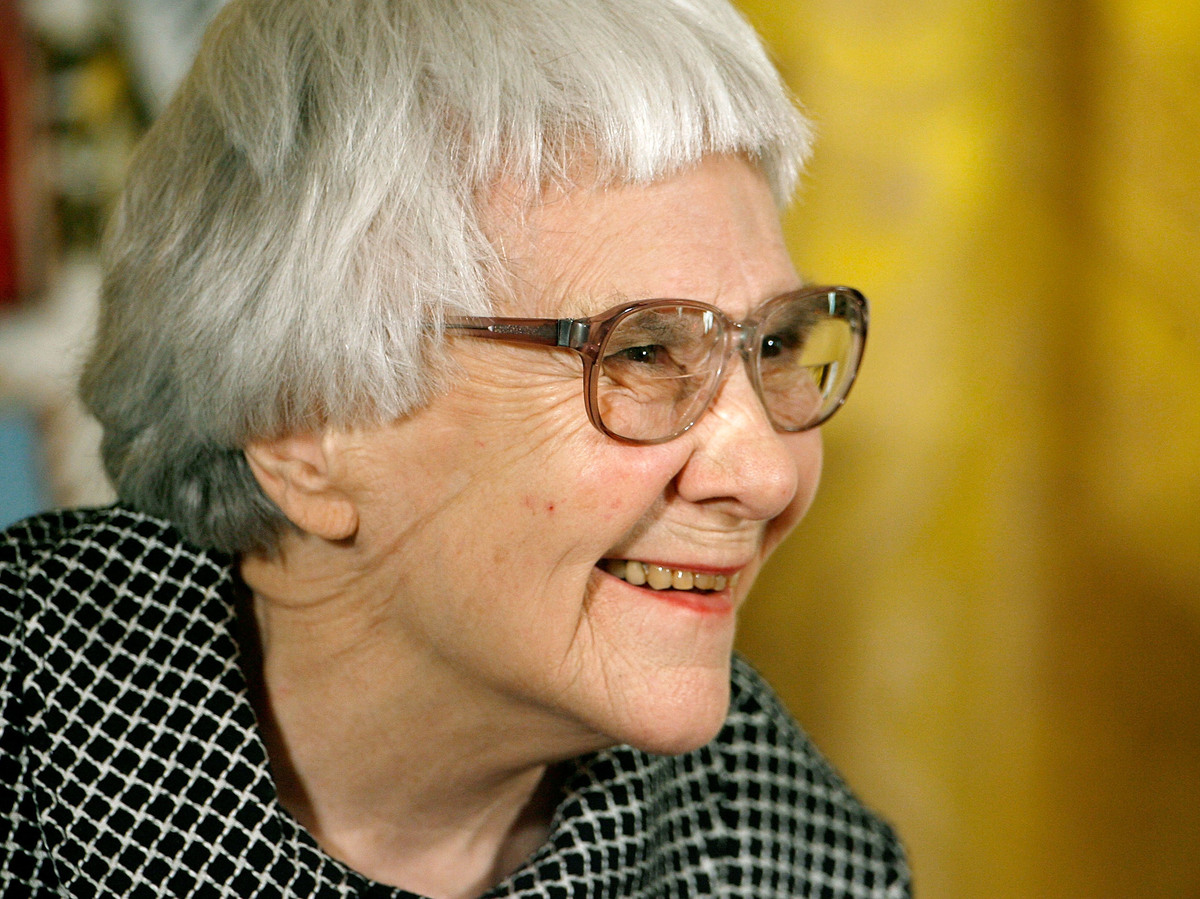 Rudin's production will be the first time To Kill A Mockingbird has been performed on Broadway, and it was touted in a two-page ad in the Times more than a year before it is due to premiere. He reportedly paid $100,000 for the production rights, as well as a portion of the box-office revenue and any net profit.

Screenwriter Horton Foote turned the novel into a 1962 film that starred Gregory Peck and won three Academy Awards including best adapted screenplay. A stage adaptation, by Christopher Sergel, is performed each spring in Monroeville.

Whatever the outcome of the lawsuit, the fight brings attention to thorny questions about how producers and writers should adapt the beloved work about race and justice in 1930s Alabama for a modern audience.

"I can't and won't present a play that feels like it was written in the year the book was written in terms of its racial politics: It wouldn't be of interest," Rudin told the Times. "The world has changed since then."

For as long as the play has been talked about, Rudin and Sorkin have been talking about what changes may or may not be required to make the 1960 novel work for Broadway in 2018.

Perhaps the largest issue is the characterization of Atticus Finch, the hero lawyer at the center of the novel and the play.

In February 2016, Rudin told the Times, "The Atticus we do is going to be the Atticus in 'To Kill a Mockingbird,' " rather than the aging eugenicist portrayed in Lee's follow-up novel published in 2015, Go Set a Watchman. "He's one of the greatest characters ever created in American literature."

"As far as Atticus and his virtue goes, this is a different take on Mockingbird than Harper Lee's or Horton Foote's," Sorkin told New York. "He becomes Atticus Finch by the end of the play, and while he's going along, he has a kind of running argument with Calpurnia, the housekeeper, which is a much bigger role in the play I just wrote. He is in denial about his neighbors and his friends and the world around him, that it is as racist as it is, that a Maycomb County jury could possibly put Tom Robinson in jail when it's so obvious what happened here. He becomes an apologist for these people."

And apparently Lee's estate doesn't like that one bit. In an email seen by the Times, Carter complains that the play's Attticus "is more like an edgy sitcom dad in the 21st Century than the iconic Atticus of the novel."

The complaint also cites a September interview with Sorkin in New York magazine, in which the West Wing writer, known for his rapid-fire dialogue, is asked "how the younger characters Jem, Scout, and Dill are going to speak Sorkin."

"Well, they're gonna have to," he replied. "Because I didn't write their language like they were children."

It seems that as Sorkin began working on the script, the difficulty of hewing strictly to the source material became evident.

"I was naive," he told Playbill in July 2016. "I thought, 'Well how hard can this be? Harper Lee has written such a great novel, it stands up pretty easily as a play, just take her scenes and dramatize them.' That doesn't work at all."

The play is scheduled to open on Broadway Dec. 13, with previews beginning Nov. 1.