Accessibility links
U.S. Government Launches Investigation Into Hyundai And Kia Airbags : The Two-Way Four deaths and six injuries have been linked to crashes where air bags failed to deploy, and an estimated 425,000 Hyundai and Kia vehicles are under investigation. 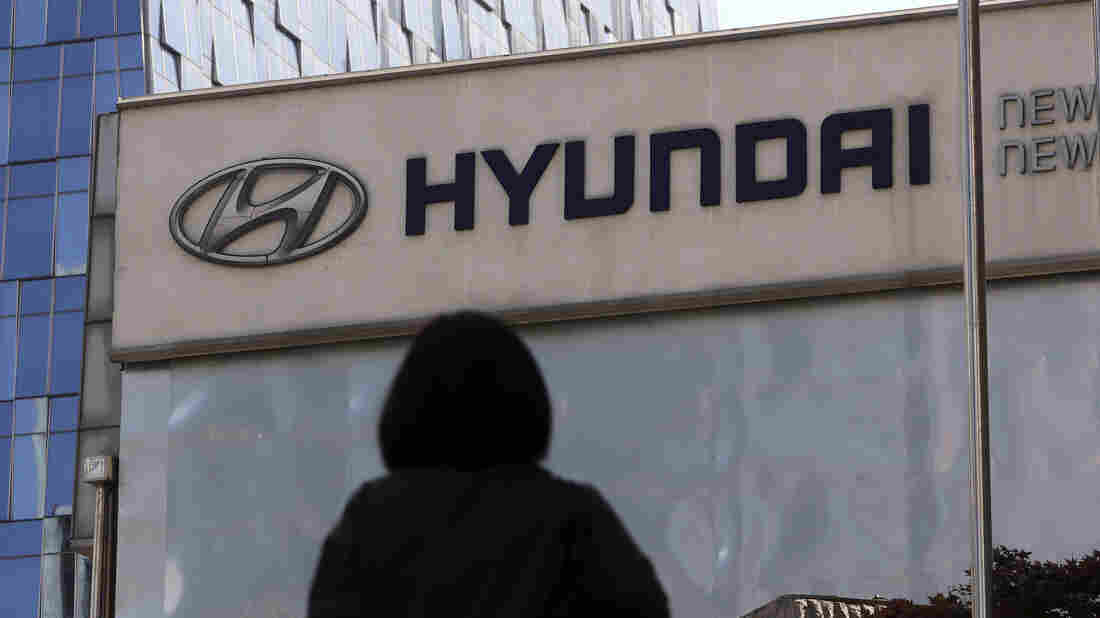 The Hyundai Motor Co. headquarters, along with the showroom pictured here, are in Seoul, South Korea. The U.S. government is investigating problems with air bag control units in Kia and Hyundai vehicles that have led to four deaths. Lee Jin-man/AP hide caption 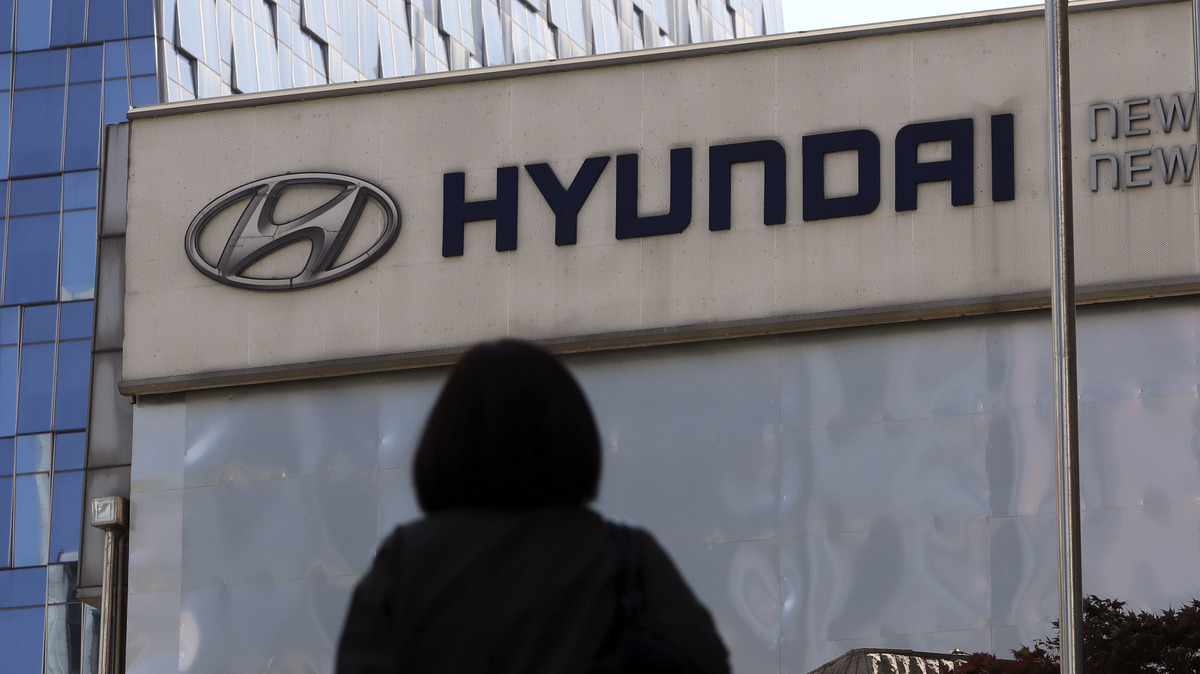 The Hyundai Motor Co. headquarters, along with the showroom pictured here, are in Seoul, South Korea. The U.S. government is investigating problems with air bag control units in Kia and Hyundai vehicles that have led to four deaths.

The National Highway Traffic Safety Administration opened an investigation Friday into problems with air bags in Hyundai and Kia vehicles. NHTSA says it is currently aware of six crashes in which air bags failed to deploy. The crashes led to four deaths and six injuries.

The models being investigated are 2011 Hyundai Sonatas and 2012 and 2013 Kia Fortes, according to a document posted on the NHTSA website. The scope of the probe includes an estimated 425,000 vehicles.

Four of the crashes in question involved Hyundai vehicles and two of the crashes involved Kia vehicles, the document states. According to a statement from Hyundai spokesperson Jim Trainor, the company knows of "three rare and unique accidents where airbag control circuitry was confirmed to be damaged, and a fourth accident is under investigation."

The specific concern with the air bags is an electrical overstress condition (EOS), which happens when an electronic device experiences a current or voltage beyond its specified limit. In this case, according to the NHTSA document, the device affected air bag control units supplied by the auto part manufacturer ZF-TRW. The air bag control units in the Hyundai models detect collisions, control the deployment of air bags and can also tighten seat belts in anticipation of a crash. The NHTSA document says the agency understands the 2012 and 2013 Kia Fortes being investigated also used similar ZF-TRW-supplied air bag control units.

Hyundai was already aware of problems with air bag control units as of Feb. 27, when the company filed a defect information report that led to a recall of 154,751 model-year 2011 Hyundai Sonatas. Trainor confirmed to NPR that the NHTSA investigation opened yesterday is directly related to this recall, and Hyundai will notify all affected vehicle-owners about further recalls by April 20. A spokesperson for Kia could not be reached for comment.

In 2014, NPR's Eyder Peralta reported that Hyundai and Kia agreed to pay a $100 million civil penalty and $250 million in other punitive measures after they overstated the gas mileage on 1.2 million vehicles. The settlement, which the Justice Department deemed "unprecedented," is the largest civil penalty in Clean Air Act history.

Hyundai acquired part of Kia after Kia filed for bankruptcy in 2007. According to Hyundai's website, Kia "still operates independently" and has separate design, marketing and branding departments.