Accessibility links
Snapchat's Stock Sinks After Rihanna Denounces Domestic Violence Ad : The Two-Way The ad asked would you rather "slap Rihanna" or "punch Chris Brown." Snapchat pulled the ad, but its stock prices were still down by week's end. 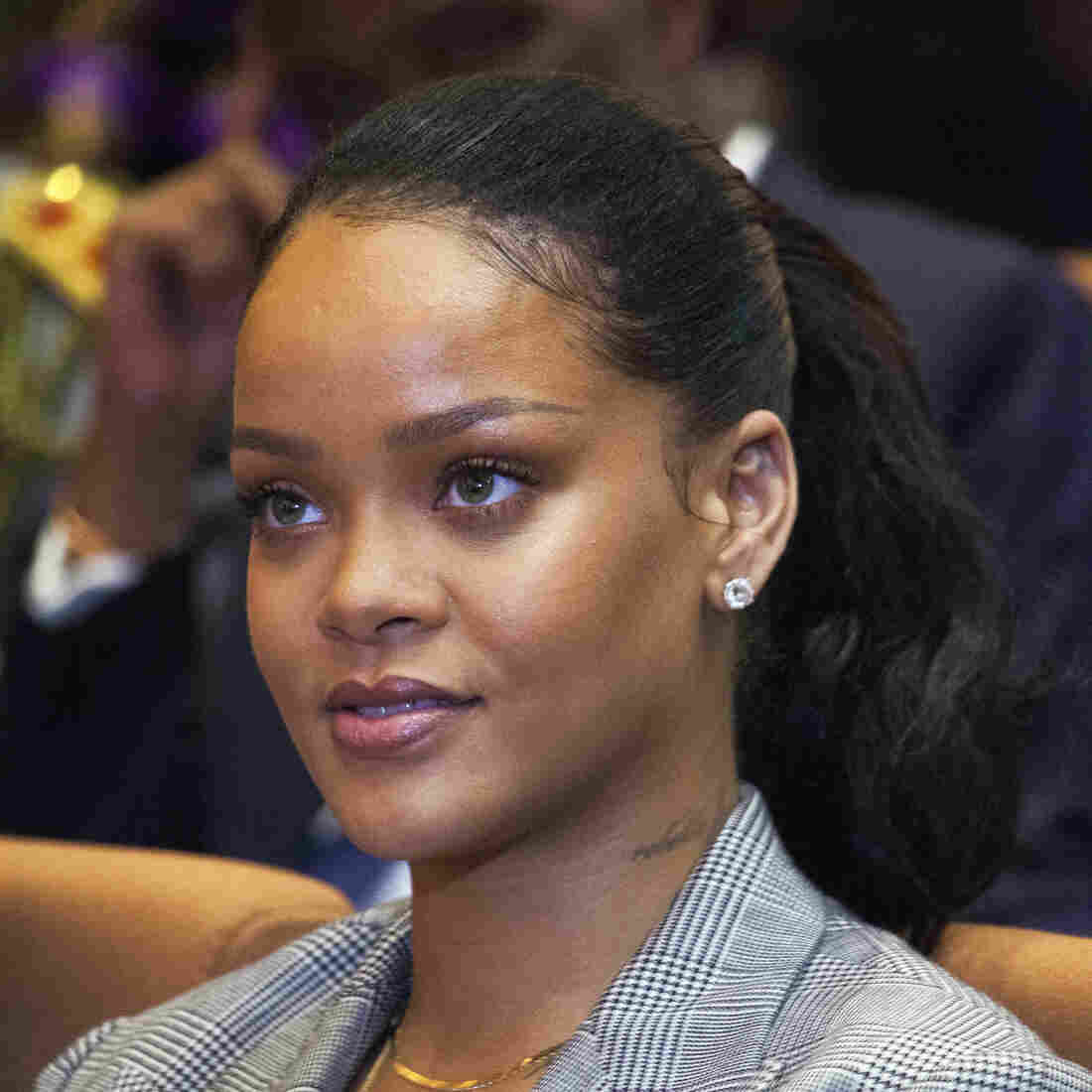 Rihanna, photographed in February, denounced an ad on Snapchat that made light of domestic violence. The company's stock closed down by week's end. Mamadou Diop/AP hide caption 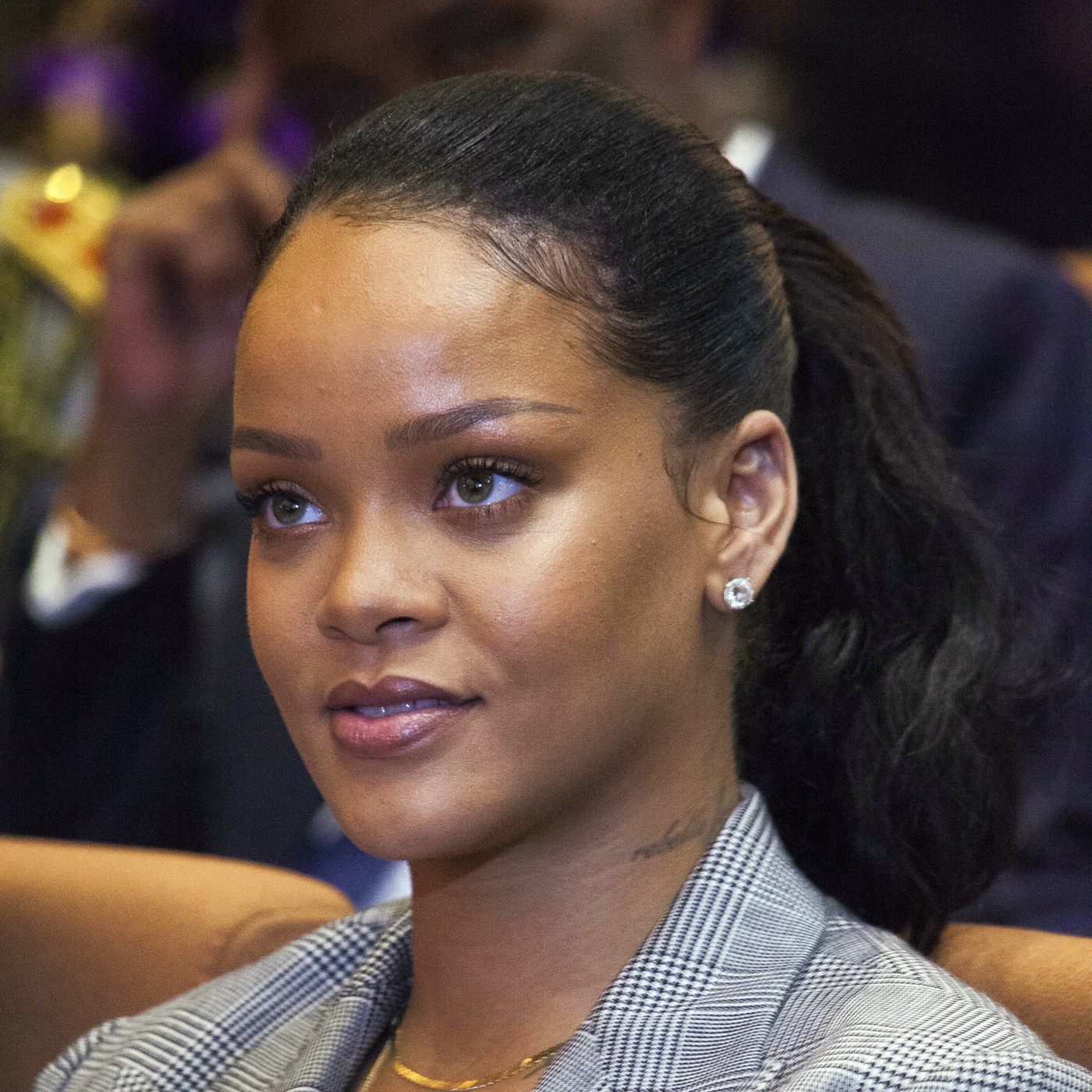 Rihanna, photographed in February, denounced an ad on Snapchat that made light of domestic violence. The company's stock closed down by week's end.

Singer Rihanna denounced an ad that appeared on Snapchat making a game of domestic violence that featured photographs of her and Chris Brown. And the social media app's stock price went tumbling.

"Now SNAPCHAT I know you already know you ain't my fav app out there," Rihanna said in a statement posted Thursday on rival social media platform Instagram, where she has 61 million followers. "I'd love to call it ignorance, but I know you ain't that dumb! You spent money to animate something that would intentionally bring shame to DV victims and made a joke of it!!!"

The ad was for the mobile game "Would You Rather," which asks users a series of questions, sometimes offensive. The ad said, "Would you rather slap Rihanna" or "punch Chris Brown."

In 2009, Brown pleaded guilty to felony assault after Rihanna accused him of beating her and trying to push her out of a car. Photos emerged of her with a bruised face.

Snapchat had already yanked the ad Monday and issued an apology. But the ad reappeared on social media as users circulated it and questioned its content.

If she tells me to delete snapchat I’ll do it @rihanna pic.twitter.com/yUW1UOzNc2

"This advertisement is disgusting and never should have appeared on our service," a Snapchat spokesperson said in a statement. "We are so sorry we made the terrible mistake of allowing it through our review process. We are investigating how that happened so that we can make sure it never happens again."

Snapchat has an automated ad-buying platform. But company policy states, "All ads are subject to our review and approval." It also says it prohibits "Shocking, sensational, or disrespectful content."

In her Instagram post, Rihanna went on to say, "This isn't about my personal feelings, cause I don't have much of them...but all the women, children and men that have been victims of DV in the past and especially the ones who haven't made it out yet...you let us down! Shame on you. Throw the whole app-oligy away."

Investors apparently heeded the call and threw away some stock. Snap Inc's stock prices fell around 4 percent later Thursday, wiping out nearly $800 million from its market value, reports CNN. By Friday, it had rebounded some, but closed the week with a 1 percent loss.

Snapchat has experience with the kind of influence celebrities can wield. Last month after Snapchat changed its layout, Kylie Jenner, one of its most popular users, tweeted that she was no longer using the app.

sooo does anyone else not open Snapchat anymore? Or is it just me... ugh this is so sad.