Accessibility links
Walmart And Handy App Partner To Help Shoppers Assemble Furniture, Install TVs : The Two-Way Walmart has partnered with the app Handy to link customers with home-services professionals. Major retail companies are in a big movement, trying to become more than just places that sell you things. 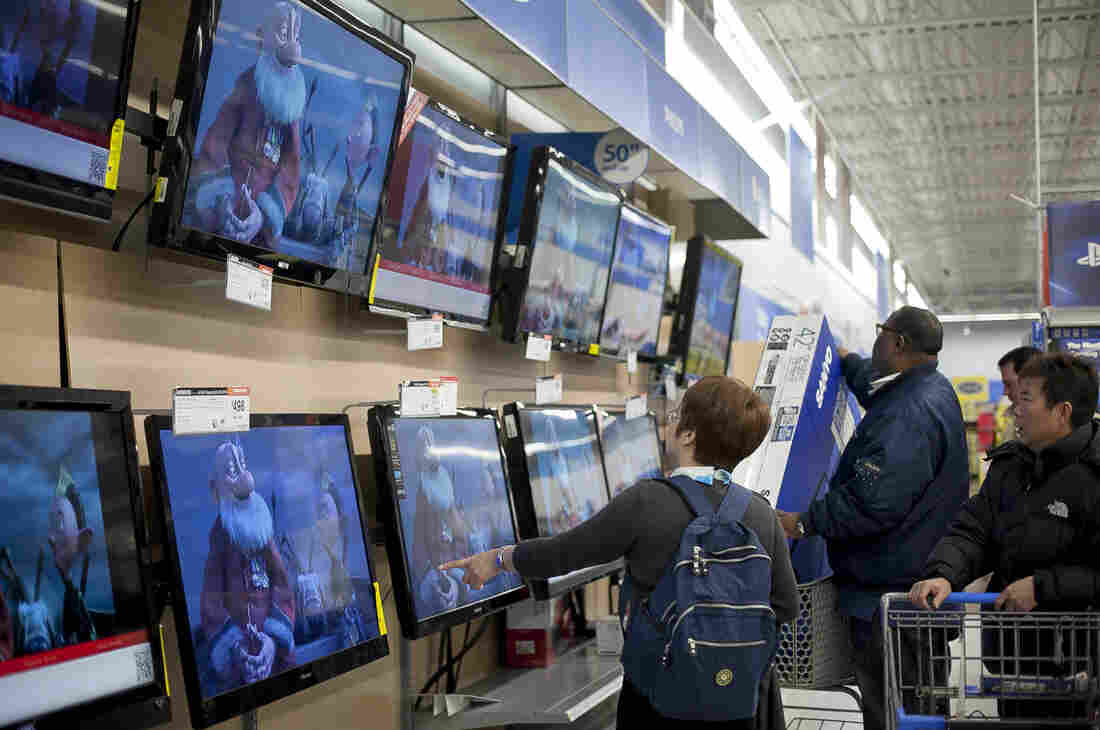 Shoppers look at televisions at a Walmart during Black Friday sales in 2012 in Quincy, Mass. Allison Joyce/Getty Images hide caption 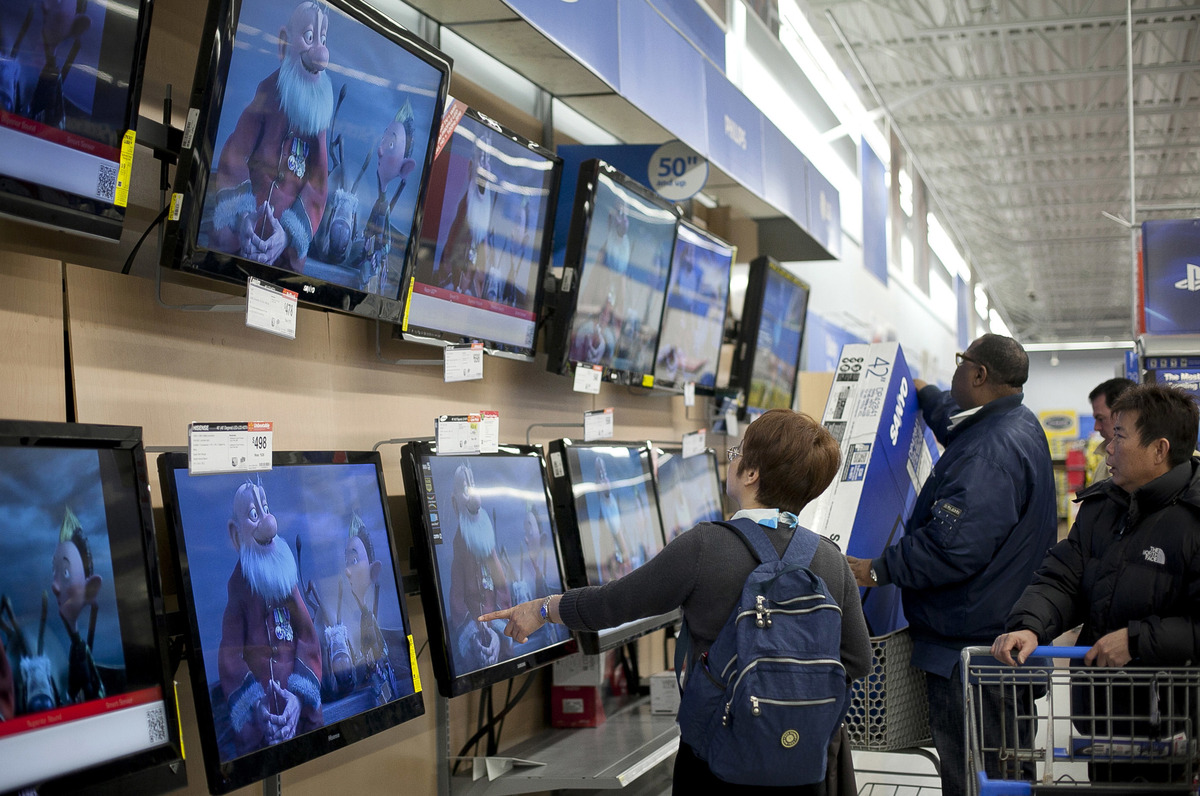 Shoppers look at televisions at a Walmart during Black Friday sales in 2012 in Quincy, Mass.

There's a big movement among major retail companies to become more than just places that sell you things. In the latest example, Walmart is partnering with a home-services app called Handy to give shoppers a deal on professional help assembling furniture or installing a TV.

Walmart has been testing a partnership with Handy in Atlanta and now plans to expand it to more than 2,000 locations. The idea is to appeal to shoppers with more convenience — a major battlefield for retailers.

Amazon is expanding its own home-services offerings, such as dog walkers and plumbers. Ikea, the giant furniture retailer, recently purchased TaskRabbit, another marketplace for freelance professionals, including people who can help you assemble furniture.

"There's a lot happening in products and services being bundled together. ... I think it's a meaningful priority for retailers to figure this out," says Oisin Hanrahan, co-founder and CEO of Handy.

His company started as a website and an app that link customers with people who provide cleaning, plumbing, handyman and other services.

Lately, this kind of convenience factor has started attracting retailers, eager to compete for the best experience of shopping — beyond the choice and price, but also speed of delivery, overall ease and special perks.

Walmart has been testing a lot of novel ways to defend its No. 1 retail spot against Amazon: same-day delivery, groceries dropped directly into your fridge, even a personal shopping service. (Note: Amazon is an NPR sponsor.)

For its part, Amazon has been focusing heavily on expanding its reach further into people's homes. Following the big success of its smart home speaker Alexa, Amazon recently bought Ring, a maker of Internet-connected doorbells that can stream video to the owner's smartphone. This followed a launch of a service called Key — Internet-connected locks and security cameras that allow delivery couriers to drop packages inside people's homes.

He says Walmart shoppers will be offered TV installation for $79 and furniture assembly for $59 through the Handy app or website.