Accessibility links
Venezuelan City Launches Its Own Currency Amid Cash Crunch : The Two-Way The city of Elorza is selling its own bills featuring the image of an independence leader from the area. Venezuela's national currency has lost the vast majority of its value in just the last year. 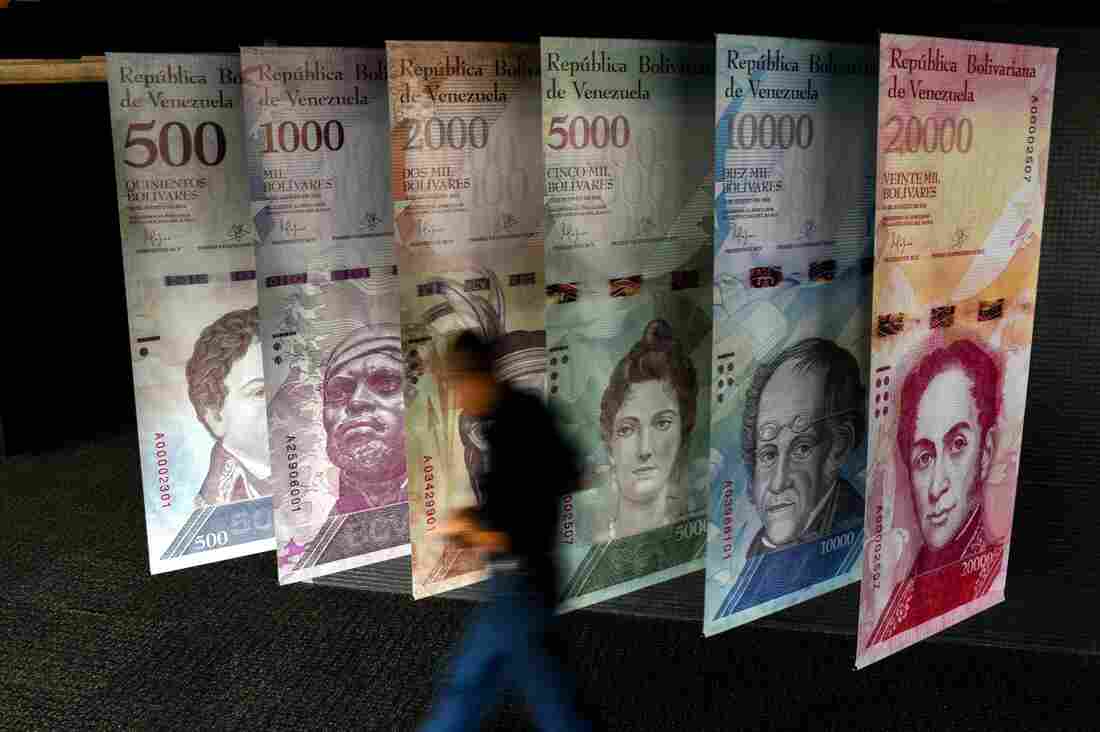 A banner depicting Venezuela's currency, the bolivar, at the central bank of Venezuela in Caracas in January. The bolivar has lost the vast majority of its value in just the last year. Federico Parra /AFP/Getty Images hide caption 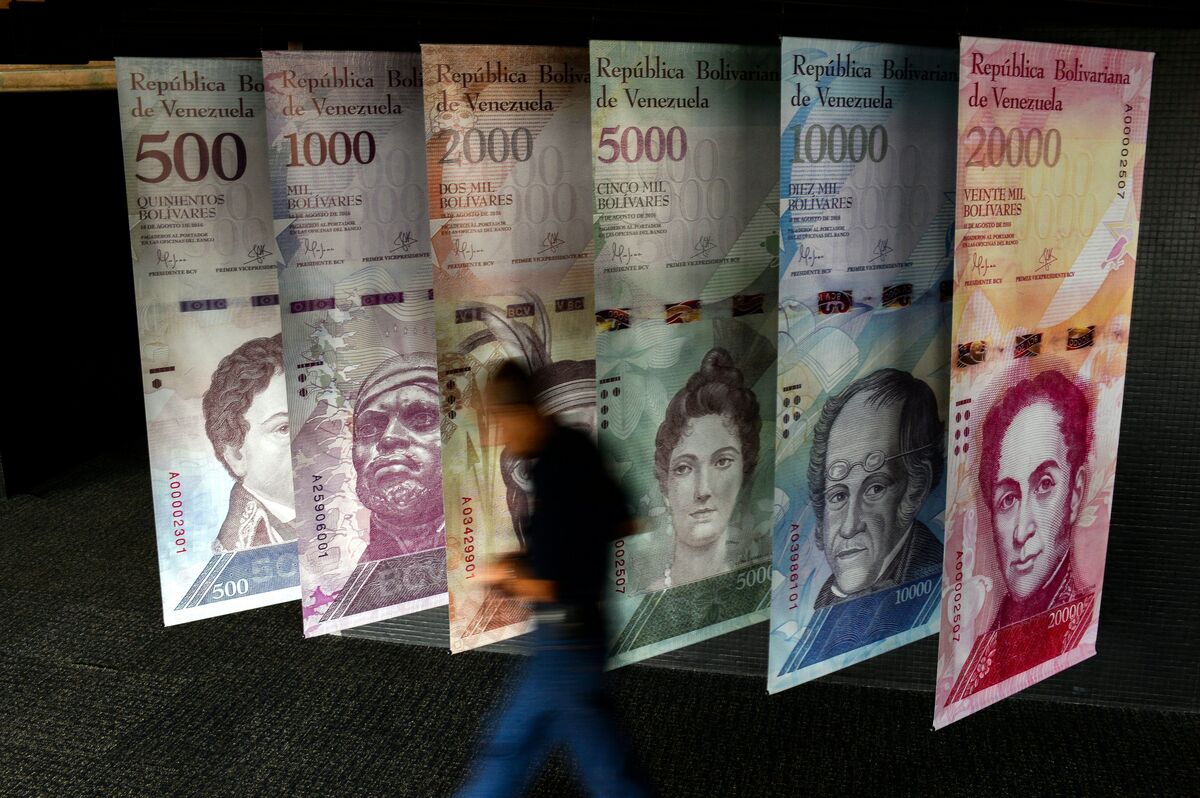 A banner depicting Venezuela's currency, the bolivar, at the central bank of Venezuela in Caracas in January. The bolivar has lost the vast majority of its value in just the last year.

As Venezuela reels from hyperinflation that has caused a severe shortage of cash, one city is trying to mitigate the problem by printing its own currency.

Elorza, in western Venezuela near the border with Colombia, is selling its own bills featuring the image of an independence leader from the area, according to Reuters.

Venezuela's national currency, the bolivar, has lost the vast majority of its value in just the last year — and it is expected to continue to drop. "Inflation is projected to have exceeded 2,400 percent in 2017 and to rise to about 13,000 percent in 2018," the International Monetary Fund said in January.

Prices have skyrocketed, making it hard for people to afford basic necessities such as food or medicine. And even if people do have the money, it's hard to actually find enough cash to buy the goods.

"People don't have bolivares to spend, that's why we have created bills of two denominations," Mayor Solfreddy Solórzano told the BBC.

Elorza has a festival that starts Monday, according to the broadcaster, and local authorities and businessmen were worried that the cash crunch would cause the city to lose business.

"Now those who want to buy just a sweet or even a whole cow from the barbecue, will be able to do so," cattle breeder Canuto Garcia told the BBC.

The mayor's office is selling the local currency at an 8 percent commission, according to Reuters, which can be purchased with bolivars using a card or bank transfer. "People will be able to return the tickets to the mayor's office and claim a bolivar-denominated refund," the wire service adds.

This isn't the first local currency to launch in Venezuela recently. As Venezuela's El Nacional newspaper reports, economist Jose Guerra says that the hyperinflation is causing what he termed "mini central banks" to emerge.

Last December, one neighborhood of the capital, Caracas, started issuing an alternative currency, which it called the panal. As The Associated Press reported, that currency could only be used in a few stores and was meant to help the struggling area buy basic staples such as rice.

At the time, opposition politician Guerra expressed concern that multiple currencies in the country could further deepen the crisis by creating "monetary chaos," the AP added.

Reporter John Otis told Morning Edition that each unit of the currency would be backed by one barrel of oil. The president has touted the currency as a new innovation, Otis reports, though it has been met with skepticism by some critics who note that the oil "backing" the currency has not actually been taken out of the ground yet.

As Reuters reports, Maduro's government "blames the country's crisis on an 'economic war' being waged by Washington and the opposition, aimed at toppling his government."

But critics say strict currency controls are a major factor contributing to the crisis. The Council on Foreign Relations explains:

"By selling U.S. dollars at different rates, the government effectively created a black market and increased opportunities for corruption. A business that is authorized to buy dollars at preferential rates to purchase priority goods like food or medicine could instead sell those dollars for a significant profit to third parties."

The country recently reintroduced currency auctions to try to address hyperinflation and foreign currency shortages, as Bloomberg reports, leading to its official rate's losing 80 percent of its value in February. Bloomberg adds that rate was still about 10 times stronger than the black market rate.