Accessibility links
Mississippi Governor Signs Nation's Toughest Abortion Ban Into Law : The Two-Way The state's only clinic that does abortions has filed a lawsuit in response to the new law, which bans abortion after 15 weeks of gestation. 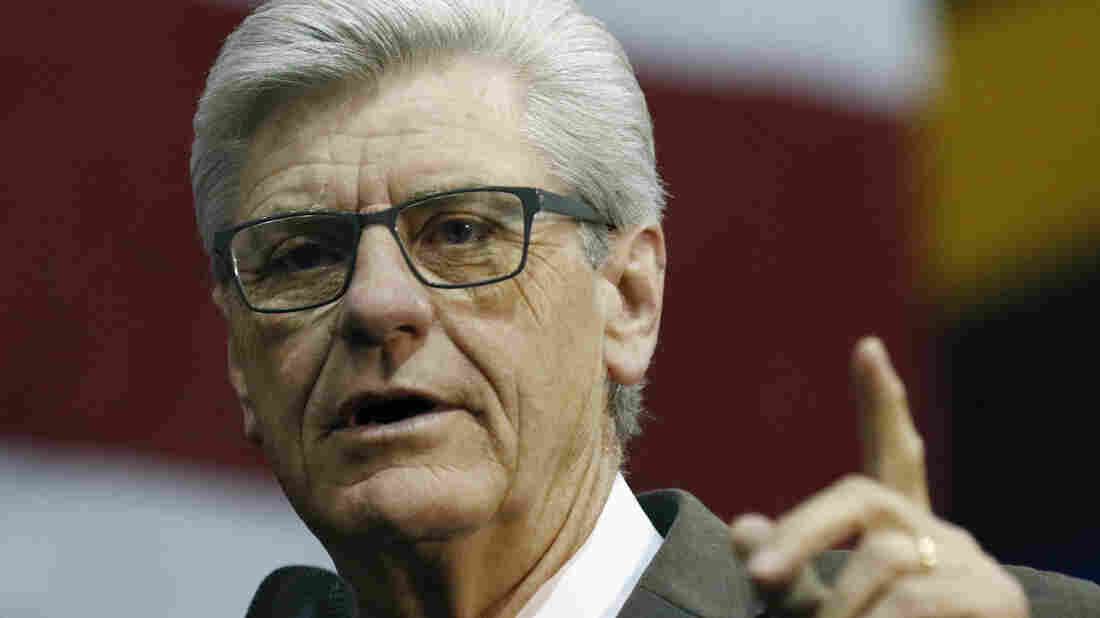 Mississippi Gov. Phil Bryant has signed a law restricting abortions, making Mississippi the most difficult state in the U.S. to get an abortion. Rogelio V. Solis/AP hide caption 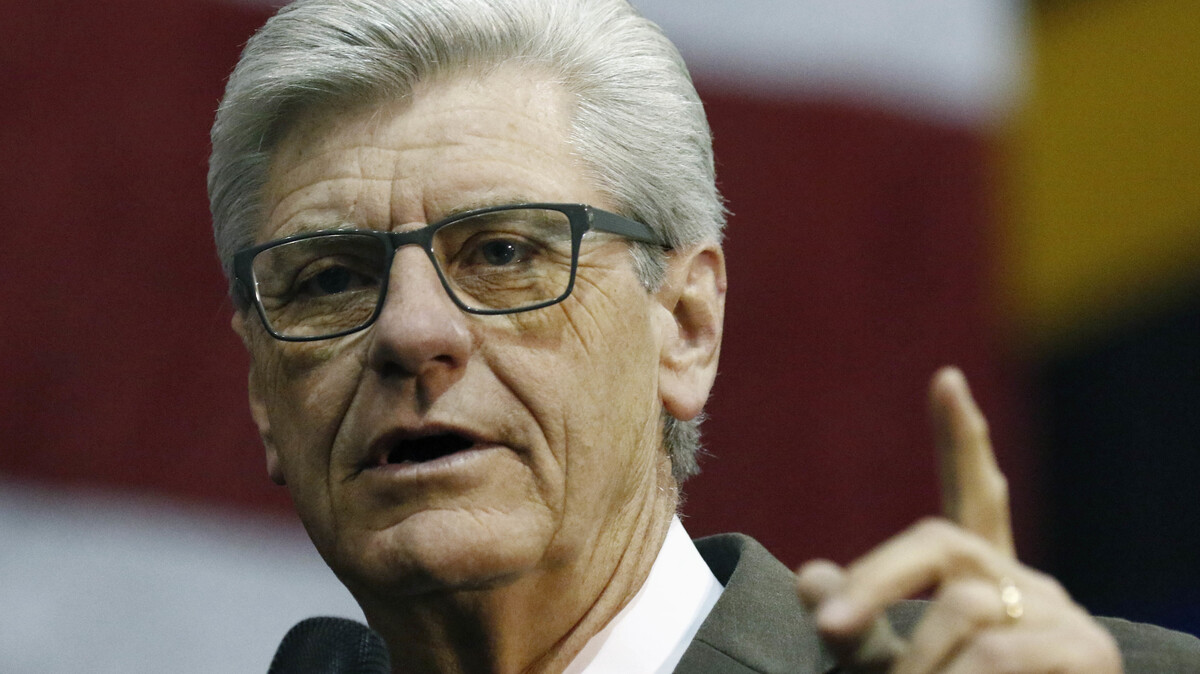 Mississippi Gov. Phil Bryant has signed a law restricting abortions, making Mississippi the most difficult state in the U.S. to get an abortion.

In his State of the State Address in 2014, Gov. Phil Bryant announced a goal: "to end abortion in Mississippi."

Bryant has now signed a law that makes his state the most difficult state in the country to get an abortion. It is called the Gestational Age Act, and it bans abortions after 15 weeks of gestation, except in the case of a medical emergency or a severe fetal abnormality. The law does not make exceptions in cases of rape or incest. The Mississippi House passed the measure on March 8, and Bryant signed it into law on Monday.

The Associated Press reports that Mississippi's only clinic that does abortions has sued the state in response to the legislation. In 2012, that same clinic, The Jackson Women's Health Organization, filed a lawsuit challenging a different bill Bryant signed into law. That bill enacted stricter requirements for abortion facilities, including a requirement that all physicians associated with an abortion facility have the right to admit patients to a local hospital. It was eventually blocked by a federal district court in 2013.

After signing this latest bill, Bryant wrote on Twitter, "I am committed to making Mississippi the safest place in America for an unborn child, and this bill will help us achieve that goal."

"We are saving more of the unborn than any state in America, and what better thing we could do," Bryant said as he signed the bill. "We'll probably be sued here in about a half hour, and that'll be fine with me. It is worth fighting over."

On the national level, some recent attempts to restrict abortion have failed, as Julie Rovner reported for NPR and Kaiser Health News:

Despite many attempts, Congress did not pass a federal ban on abortions occurring after 20 weeks, didn't cut off Planned Parenthood's federal funding and didn't write into permanent law the Hyde Amendment, which bans most federal abortion funding but needs annual renewal.

But, Rovner added, the Trump administration has made some progress in restricting abortion and contraception access:

The administration made myriad changes. It reinstituted and expanded the "Mexico City" policy, which forbids funding of international aid programs that "perform or promote" abortion. It issued rules aimed at allowing religious-affiliated and other employers to not offer contraceptive services if they have a "religious belief" or "moral conviction" against them, although federal courts have blocked the new rules from being implemented. And just last week the administration created a new "conscience and religious freedom" division in the Department of Health and Human Services' Office of Civil Rights. That new division is designed to enforce both existing laws protecting the rights of conscience for medical personnel as well as the new regulations.

Most important, according to many in the anti-abortion movement, the president nominated and the Senate confirmed more than a dozen federal district court and appeals court judges who are considered likely to rule in favor of abortion restrictions.