Accessibility links
Arizona Governor Helped Make State 'Wild West' For Driverless Cars : The Two-Way Three years ago, Gov. Doug Ducey embarked on a plan to lure companies experimenting with driverless vehicle technology to the state and in 2016, he lured Uber away from neighboring California. 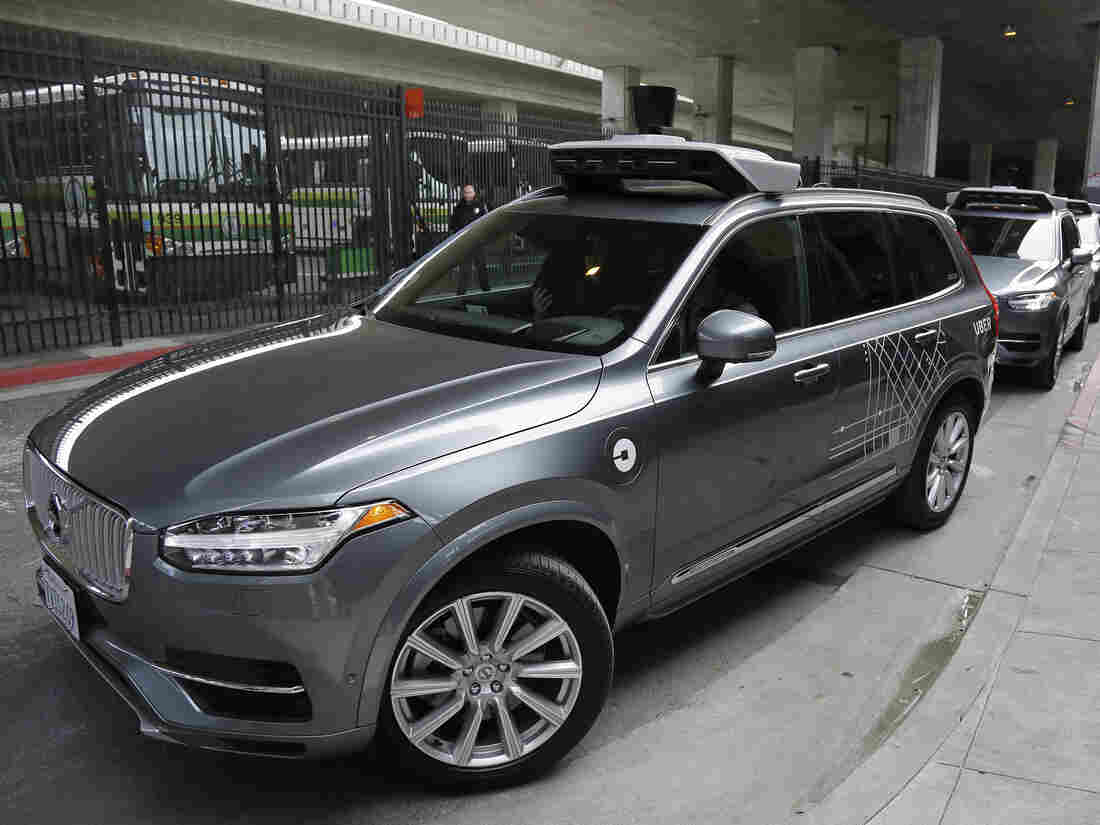 An Uber driverless car heads out for a test drive in San Francisco in December 2016, the same month that the company halted testing there and moved it to Arizona. Eric Risberg/AP hide caption 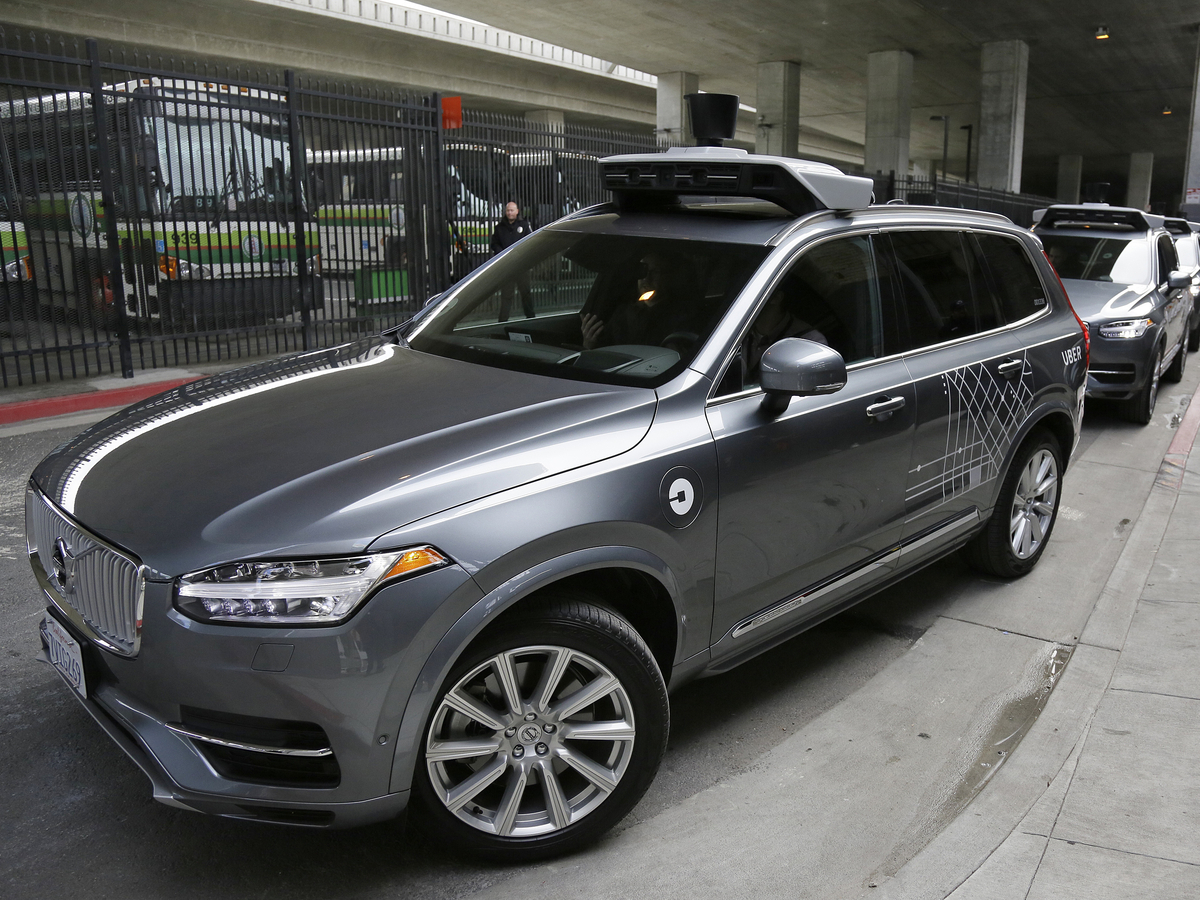 An Uber driverless car heads out for a test drive in San Francisco in December 2016, the same month that the company halted testing there and moved it to Arizona.

Arizona Gov. Doug Ducey began a push three years ago to attract makers of self-driving cars to the state and actively wooed Uber away from California as a venue for testing those vehicles.

Shortly after his election in 2015, the governor signed an executive order supporting the testing and operation of self-driving vehicles that he said was about "innovation, economic growth, and most importantly, public safety."

Now the "public safety" part of that order has been thrown into question and Arizona's willingness to become a testing ground for emerging driverless vehicles has come into sharp focus after Sunday's incident in which a self-driving Volvo SUV operated by Uber struck and killed a 49-year-old woman who was walking her bicycle in Tempe.

Uber Suspends Self-Driving Tests After Pedestrian Is Killed In Arizona

As we reported Monday, the car was in autonomous mode at the time of the crash, around 10 p.m., but had a human riding in the passenger seat to take control if necessary. The incident is now under investigation.

The year after Ducey's executive order, Arizona seized on a chance to steal a bit of driverless thunder from Silicon Valley. California had just ordered Uber to stop testing its autonomous vehicles on the streets of San Francisco until it obtained the proper testing permits. Uber balked and Arizona stepped in.

"While California puts the brakes on innovation and change with more bureaucracy and more regulation, Arizona is paving the way for new technology and new businesses," the Republican governor said.

For its part, Uber pledged to expand its self-driving pilot program in Arizona and said it was "excited to have the support of Governor Ducey."

Arizona has also welcomed other companies working on driverless technology, leading The Arizona Republic to proclaim last year that "With major testing by Waymo, Uber, General Motors, Ford and Intel, Arizona is more than holding its own in the race to attract the self-driving car industry."

The newspaper highlighted the fact that metro Phoenix was one of three places in the country that people could hail a ride in a self-driving Volvo from Uber (with human co-pilot) and that there were enough of them around the city that "their bulky rooftop sensors are now a common sight."

In 2016, Uber's self-driving cars were made available to riders in Pittsburgh, Pa., where regulatory barriers are also minimal.

But some safety advocacy groups have been less enthusiastic.

In a statement on Monday, the non-profit group Consumer Watchdog described Arizona as "the wild west of robot car testing."

The group said there is "no regulation in place," in the state. "That's why Uber and Waymo test there. When there's no sheriff in town, people get killed."

Despite the criticism, however, it is not yet clear exactly what went wrong on Sunday. The National Transportation Board and the National Highway Traffic Safety Administration say they will investigate.

While the Tempe Police Department has declined to determine fault yet, the city's police chief, Sylvia Moir, told The San Francisco Chronicle that from viewing videos of the collision taken by the car's onboard cameras, "it's very clear it would have been difficult to avoid this collision in any kind of mode (autonomous or human-driven) based on how she came from the shadows right into the roadway."