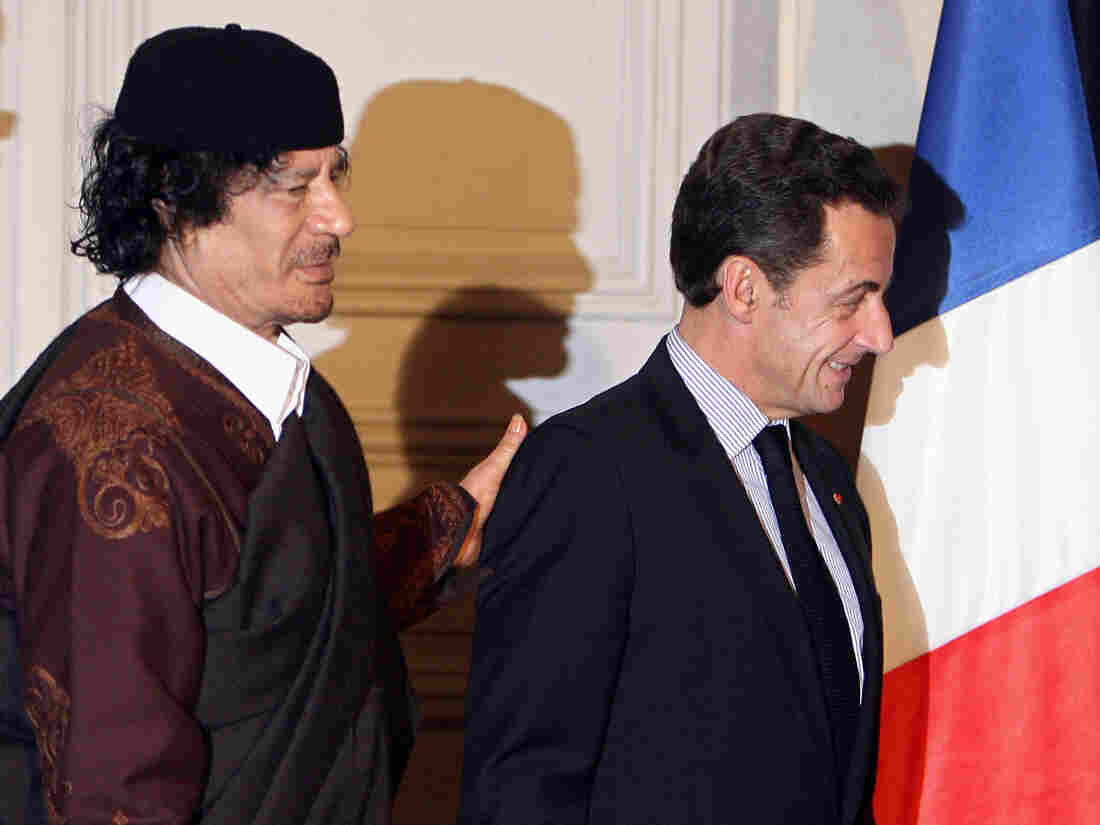 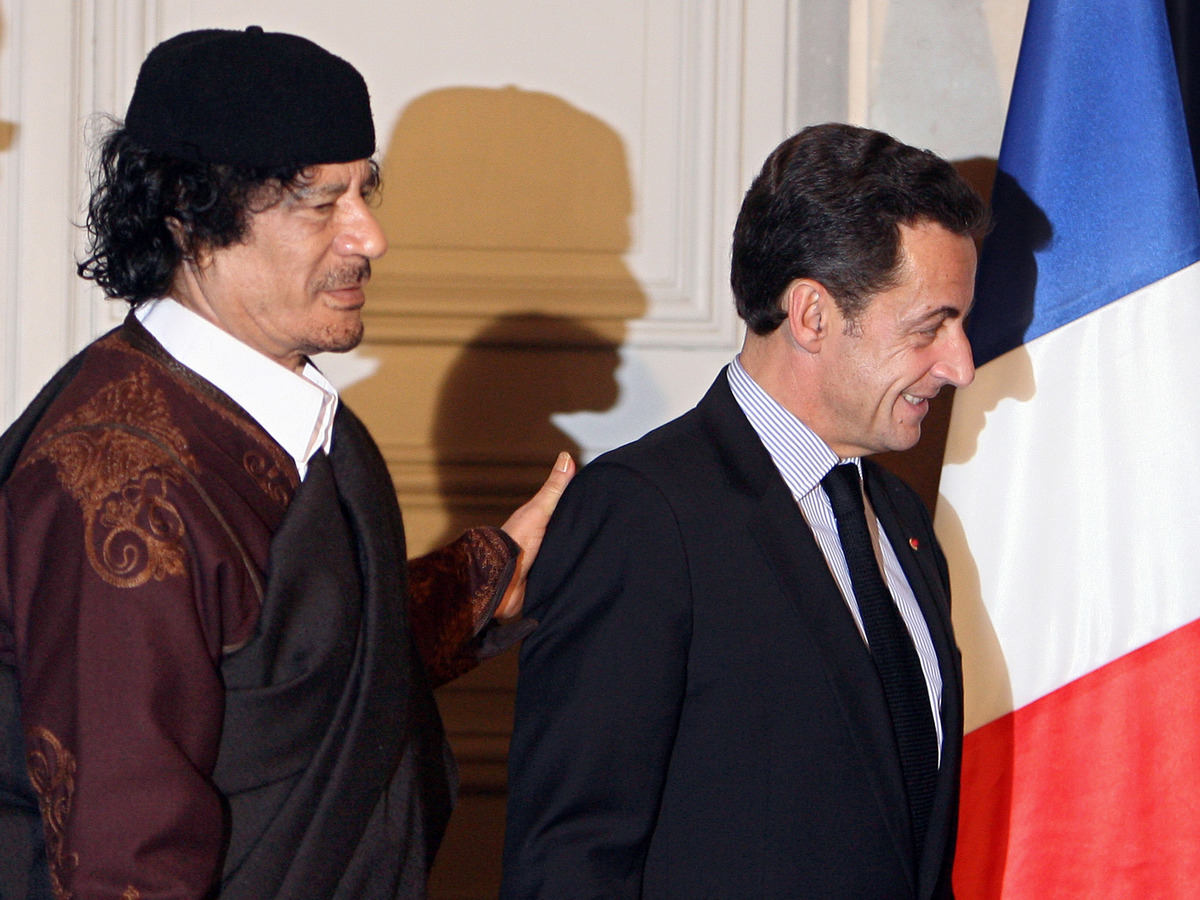 French President Nicolas Sarkozy (right) and Libyan leader Moammar Gadhafi leave the Elysee Palace after the signature of 10 billion euros of trade contracts between the two countries, in December 2007 in Paris.

Former French President Nicolas Sarkozy is being detained for questioning as part of an investigation looking into allegations that he took millions of euros from Libya to fund his 2007 election campaign.

Police took Sarkozy into custody on Tuesday as part of investigation that began in 2013. He is being held at the Nanterre police station west of Paris while the questioning by French magistrates takes place, according to The Associated Press, quoting unnamed officials familiar with the case.

France24 reports that Libyan officials linked to the regime of the late Moammar Gadhafi say they helped finance the 2007 campaign that swept Sarkozy, then leader of the Union for Popular Movement party, into the presidency. Sarkozy served as president until 2012.

NPR's Eleanor Beardsley, reporting from Paris, says Sarkozy hasn't spoken publicly since he was taken into custody on Tuesday morning. "They can hold him for 48 hours and then he could be officially charged," depending on the strength of the evidence, she says. "But he has always vehemently denied" the allegations, Eleanor says.

Although it is apparently the first time in the five-year probe that Sarkozy has been questioned specifically about Gadhafi, allegations of corruption have swirled around Sarkozy for years.

As we reported, Sarkozy's home was searched in connection with possible illegal campaign funds accepted from France's wealthiest woman, L'Oreal heiress Liliane Bettencourt. The following year, Sarkozy seemed to have been cleared of those charges, but he was detained and questioned about them again in 2014, as NPR's Bill Chappell reported at the time.

As NPR's Rebecca Hersher reported last year, Sarkozy also faces trial "... over the alleged falsifying of account records by his party in order to hide more than $20 million in overspending."

The latest questioning comes three weeks after a former Sarkozy associate, Alexandre Djouhri, was arrested in London in connection with the investigation.

"In November 2016, French-Lebanese businessman Ziad Takieddine said he delivered three suitcases from Libya, containing five million euros in cash, to Sarkozy and his former chief of staff and campaign director, Claude Guéant, between 2006 and 2007.

Sarkozy, who was president from 2007 to 2012, has always denied the allegations. A lawyer for the former French president could not be reached immediately for comment on Tuesday."

"Investigators are examining claims that Gadhafi's regime secretly gave Sarkozy 50 million euros overall for the 2007 campaign. Such a sum would be more than double the legal campaign funding limit at the time of 21 million euros.

In addition, the alleged payments would violate French rules against foreign financing and declaring the source of campaign funds."

Reuters adds: "A former minister and close ally of Sarkozy, Brice Hortefeux, was also being questioned by police on Tuesday morning in relation to the Libya investigation, another source close to the probe said."