Accessibility links
Bodies of 39 Kidnapped Indian Workers Found In Mass Grave In Iraq : The Two-Way DNA analysis of remains prove that the men who were abducted in 2014 were killed. Government officials say the victims, found in a village outside of Mosul, were murdered by ISIS. 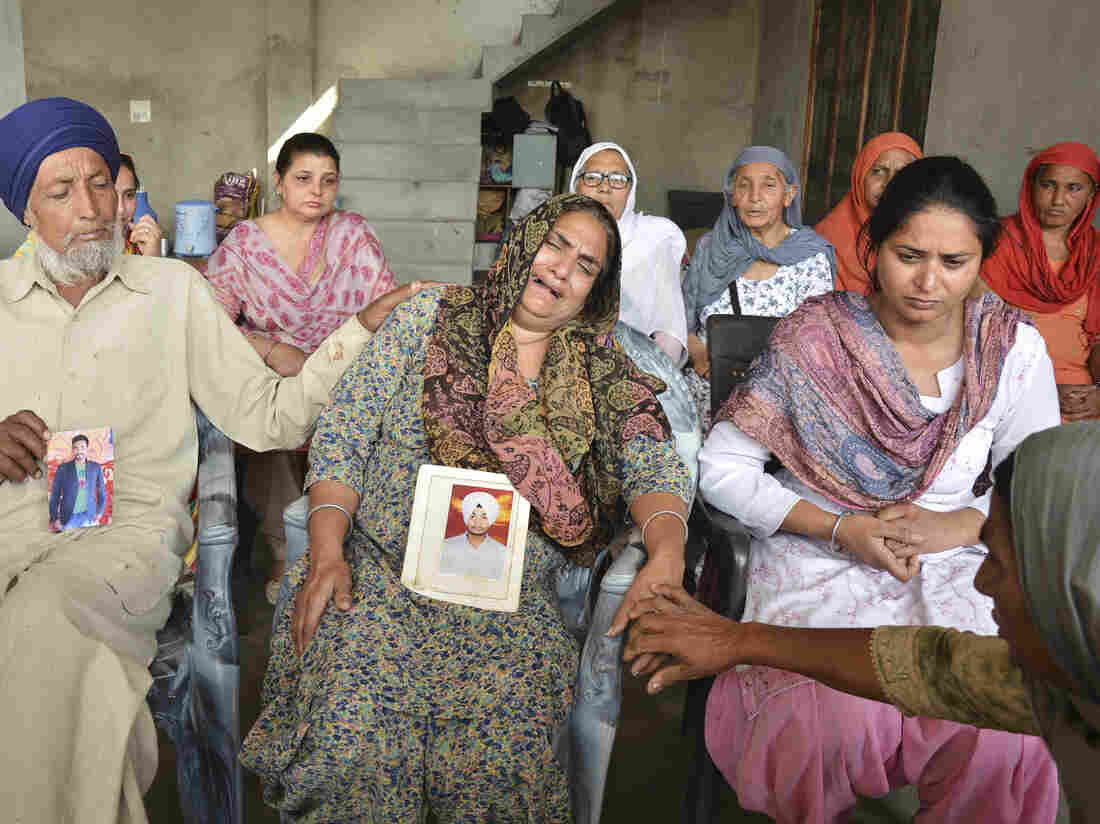 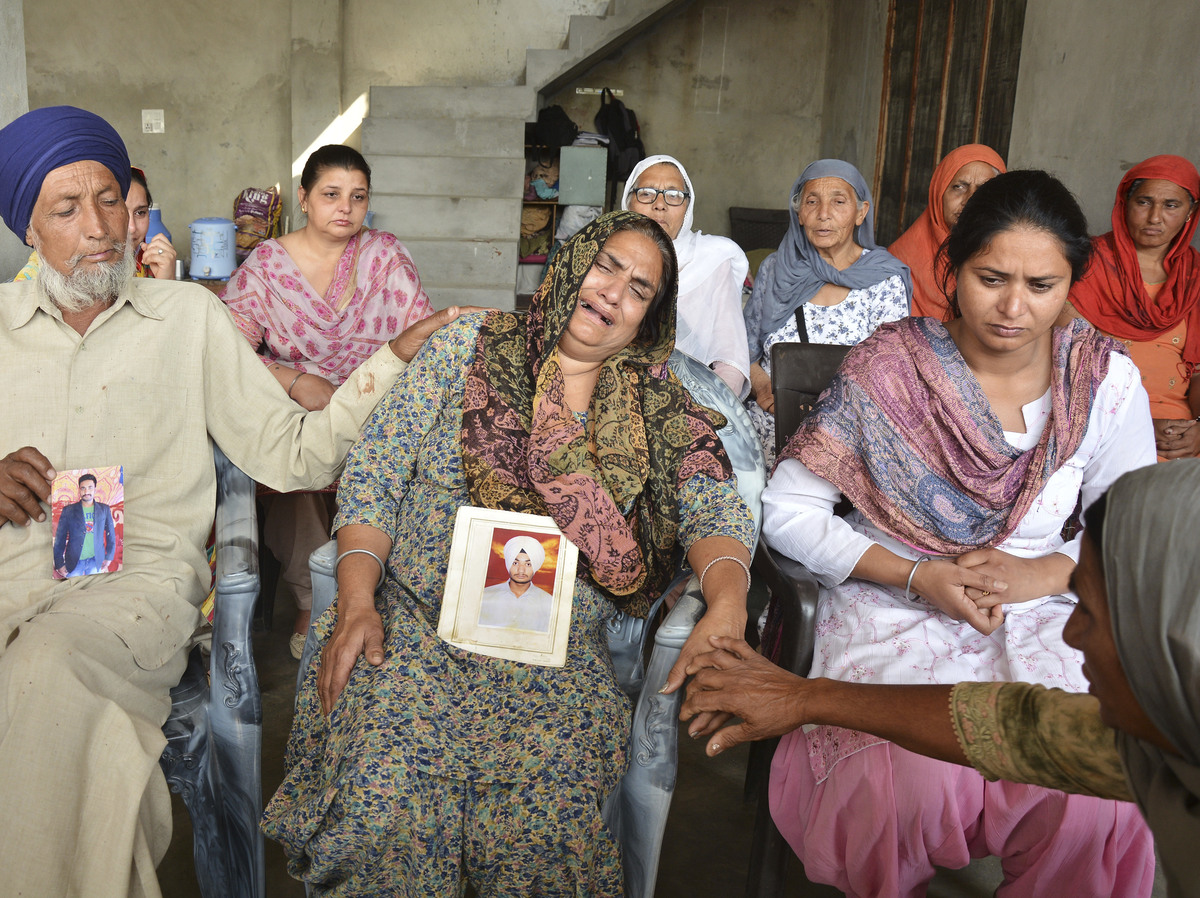 Hardeep Sing (left) and Sushwinder Kaur (center) mourn holding portraits of their son Manjinder Singh, one of the 39 Indian workers whose bodies were found buried northwest of Mosul.

For years Harjit Masih has been talking about what happened outside of the Iraqi city of Mosul, the Associated Press reported. He and 39 other Indian men — all construction workers working on the Mosul University campus — had been kidnapped by members of ISIS as the extremist group waged its assault on the city.

The Sikh men were held captive for a handful of days then, Masih told Fountain Ink, they were forced to kneel shoulder to shoulder and shot multiple times at close range. Masih, who was shot in the thigh, was the lone survivor and managed to escape. Eventually, he made his way back to India, where until now the government's highest officials insisted there was no proof all the other prisoners were dead.

"They were killed in front of my eyes," he said from his home in a northern Indian village on Tuesday, the same day India's foreign minister, Sushma Swaraj, told parliament that DNA analysis of remains found in a mass grave near the village of Badush prove that the men who were abducted in 2014 were killed, The Guardian said.

"With full proof I can say these 39 are dead," Swaraj told reporters, adding that the missing workers had been murdered by ISIS, according to The Telegraph.

The AP said the bodies were found under a dirt mound after Iraqi authorities found evidence of the grave last summer using radar equipment. Once the bodies were exhumed, Indian authorities sent DNA samples from relatives of the missing workers. All but one have been identified.

Among the artifacts discovered at the site were ID cards, non-Iraqi shoes and religious bracelets.

In the days leading up to their disappearance, the AP reported many of the men made panicked phone calls to their relatives back in India, pleading for help to escape the ISIS-controlled region.

As a result, as NPR reported, anxious families began swamping government hotlines. "A majority of the Indians kidnapped in Iraq hail from Punjab," Punjab's deputy chief minister Sukhbir Singh Badal told NPR. "We are really worried ... The federal government must take every necessary action to bring [them] back home," he said at the time.

But The Telegraph reported, the Indian government never received any ransom demands or other direct communication from the kidnappers.

Swaraj, has been roundly criticized by members of the opposing party "for giving false hope to the nation." But she defended the decision to wait until this week to declare the men dead, insisting the government needed proof.

"It would have been a sin had we handed over anybody's body claiming it to be those of our people, just for the sake of closing files," she said.

The AP says dozens of mass graves like the one found outside of Badush have been discovered in territories previously held by ISIS. However, the Iraqi government says it doesn't possess the resources or trained personnel to examine all of them.

The Indian government said the identified bodies will be flown home after formalities are completed in Iraq.