Accessibility links
Woman Who Took In Nikolas Cruz Before Parkland Shooting Feared His Interest In Guns : The Two-Way Rocxanne Deschamps, a woman who had opened her home to the alleged high school shooter, told reporters she tried in vain to prevent him from getting firearms. She had been a friend of his mother. 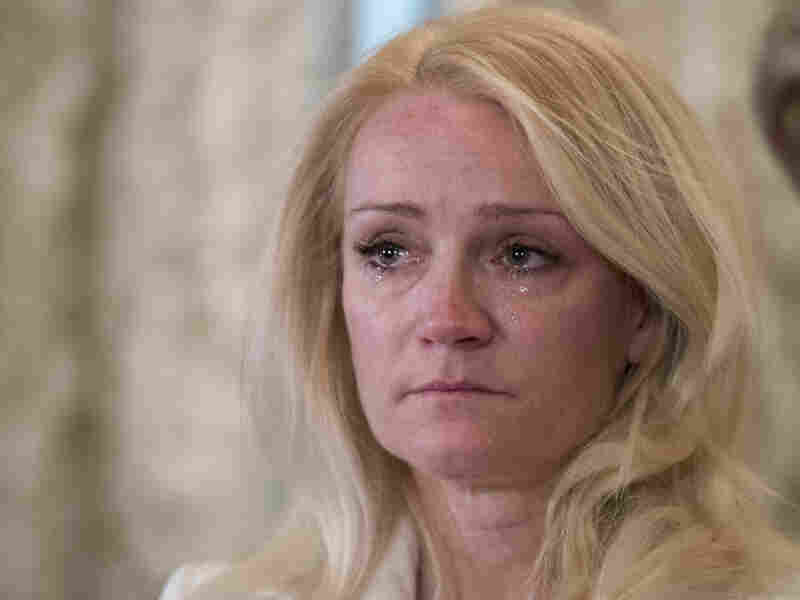 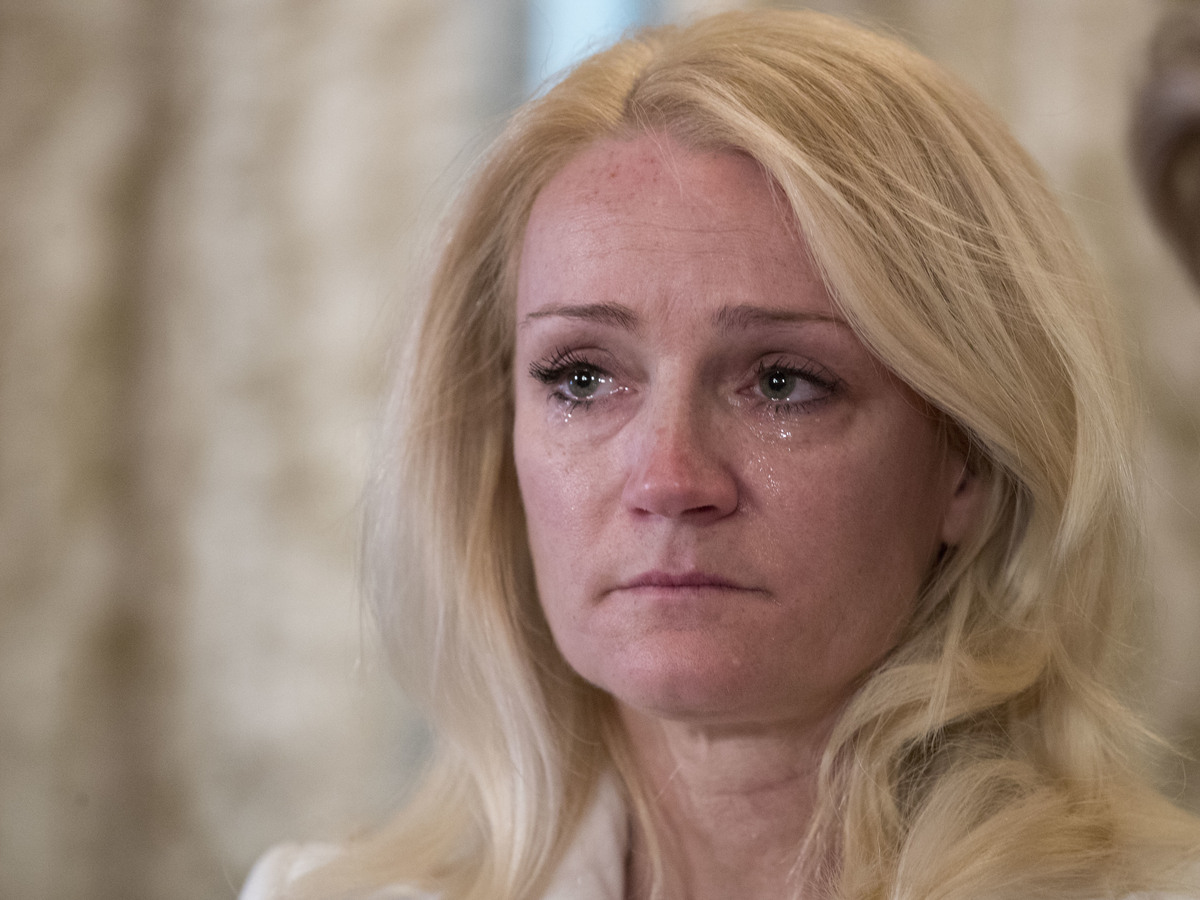 Rocxanne Deschamps tells reporters about Nikolas Cruz, the accused Parkland, Fla., school shooter, who lived with her family after his mother died.

In New York City today, a woman who had briefly opened her home to the alleged Parkland, Fla., high school shooter gave a terrifying account of his stay with her. In a tearful presentation, Rocxanne Deschamps talked of her friendship with the late Lynda Cruz, the mother of accused gunman Nikolas Cruz, and the fear she felt most of the time that he was in her home.

Cruz is charged with the murders of 17 students and faculty members at Marjory Stoneman Douglas High School last month.

Deschamps described making a death bed promise to Lynda Cruz to take in her two sons, Nikolas and Zachary, after she died. But once that happened, Nikolas Cruz's fascination with firearms became an issue for Deschamps and her two sons, Rock, 22 and Tyler, 5.

She knew about Cruz and his fascination with firearms. She'd seen what she described as "army guns" in the Cruz home which was next door to her own. She said Lynda Cruz told her Nikolas once held a rifle to her head. So Deschamps told Cruz when he moved in with her that he had to store his firearms someplace else.

The guns "were taken to friend's house where I was assured by the friend's parents that they would be locked up," said Deschamps.

Nikolas Cruz lived with her for less than a month. "At first he was on his best behavior," Deschamps said. But that didn't last. She called 911 on three separate occasions.

She said the first time it was after her mother found a receipt for a newly purchased rifle and ammunition in Cruz's room. He hadn't yet taken possession of the gun because of the waiting period. Deschamps wanted the police to prevent him from doing so.

But she recalled that the police "said they couldn't stop him from buying or having possession of guns. I told them that Nikolas was 19 years old, but he felt mentally and emotionally similar [to] a twelve-year-old."

The second 911 call came when Cruz was discovered digging a hole in the backyard, apparently to bury a large gun box that was empty at the time. In the third call, she said, she reported Cruz punching walls and punching Deschamps' older son. Deschamps says she told the police she was afraid Cruz would return to her home with a gun.

She says when he returned, "I told him I could not have guns and violence in my house and he had to find another place to stay. I could not live in fear in my own home."

But she said she would still help him and they stayed in touch. The day before the shooting at Marjory Stoneman Douglas high school, he texted her to ask how his dogs were.