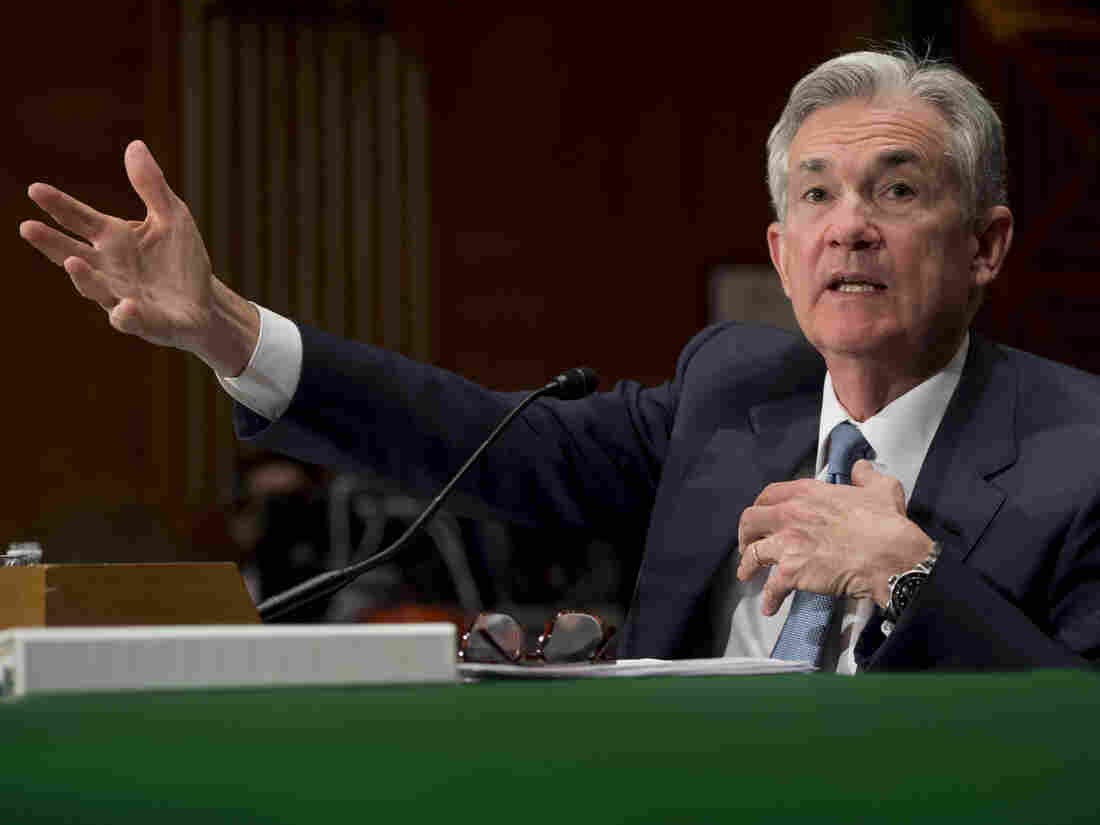 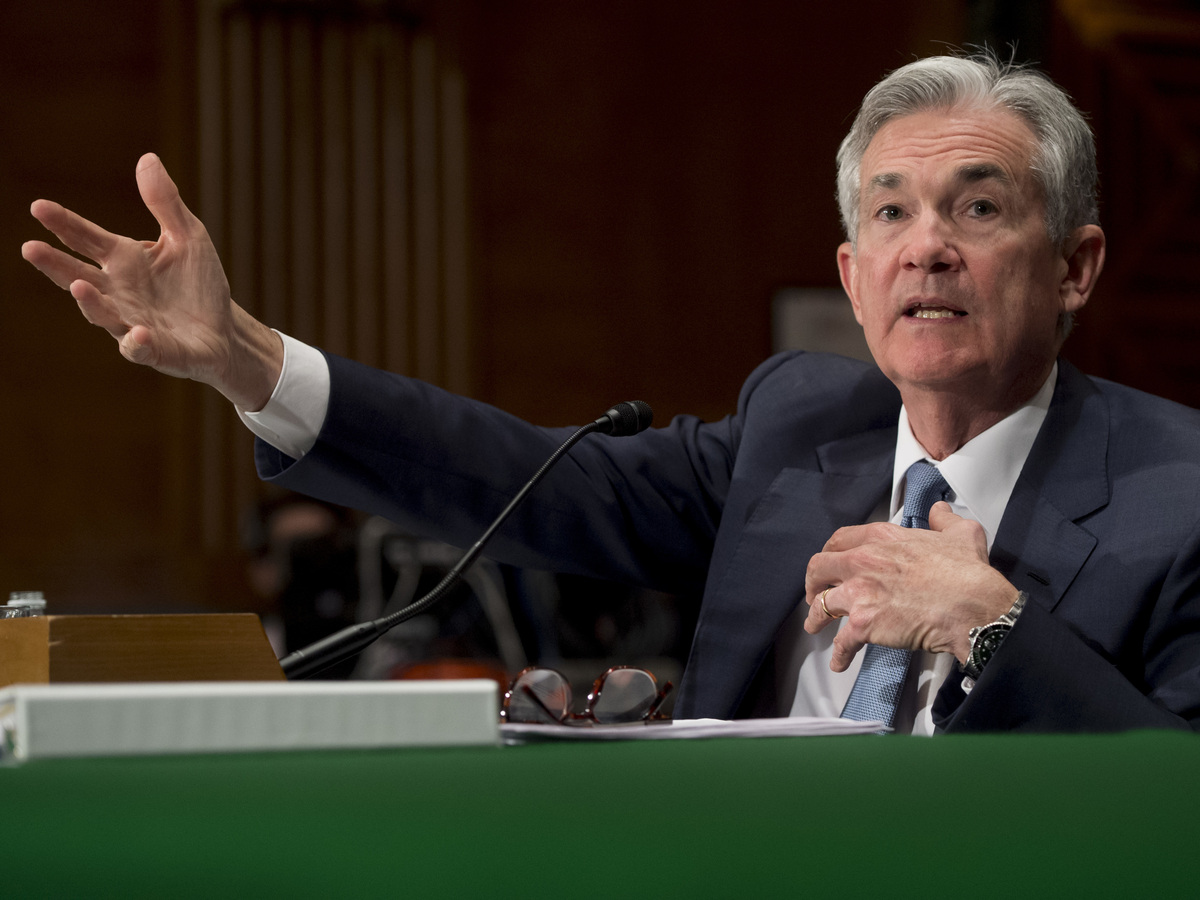 Federal Reserve Board Chairman Jerome Powell testifies during a Senate banking committee hearing in Washington, D.C., on March 1. This week, Powell presided over a Fed policy meeting for the first time since becoming chairman.

The Federal Reserve announced a quarter-point increase in interest rates as expected Wednesday, the first rate move under its new chairman, Jerome Powell. The key fed funds rate was moved up to a target range of 1.5 percent to 1.75 percent.

In its statement, the Fed said the labor market "has continued to strengthen and that economic activity has been rising at a moderate rate. Job gains have been strong in recent months, and the unemployment rate has stayed low."

Economists are wondering whether faster economic growth might cause the Fed to pick up the pace of its rate hikes. The Fed has signaled three rate increases for 2018, but accelerated growth could cause policymakers to add an additional hike.

In its latest projections, the Fed Wednesday boosted its outlook for economic growth this year, lowered its forecast for unemployment slightly and kept its inflation projection unchanged.

In a news conference after the Fed meeting, Powell said "the economic outlook has strengthened in recent months." He cited the stimulus offered by the big tax-cutting bill and said "ongoing job gains are boosting incomes and confidence" while global economic growth "is on a firm trajectory."

The Fed "faces some key questions," says economist Mickey Levy of Berenberg Capital Markets. "How much momentum is there in the economy, and will the stronger growth be sustained, or is it temporary?" And Levy wonders, "will the stronger economic momentum generate overheating" and push inflation too high?

The Fed has raised the benchmark federal funds rate six times in quarter-point steps since December 2015. Prior to that, the central bank held rates near zero for seven years to encourage borrowing and spending and help support the recovery from the Great Recession.

Investors will be assessing how effective Powell is as a communicator. Levy says he expects Powell's remarks "to focus less than Yellen's on detailed labor market conditions ... and more on overall economic performance, and the Fed's role in supporting sustained expansion."

Diane Swonk, chief economist at Grant Thornton, said she expects Powell to be "optimistic in his tone regarding the outlook for the overall economy." In fact, Powell told Congress recently that, in his personal view, the economy has strengthened since December, when Fed officials last updated their forecasts for the economy.

At his news conference, Powell was asked about the economic effects of tariffs being imposed by the Trump administration. Powell said Fed policymakers don't think changes in trade policy will affect their current economic outlook. But he said trade policy "has become a concern" for business leaders a round the country.

Powell will want to put his mark on the Fed, Swonk says, and one way he might do it is to increase transparency by announcing that he'll hold a news conference after every Fed meeting. Currently, news conferences come after only four of the Fed's eight meetings each year.

On Wednesday, Powell said he will carefully consider the possibility of holding more news conferences but that he had not decided whether to do it.