Accessibility links
Peru's Embattled President Tenders Resignation On Eve Of Impeachment Vote : The Two-Way Pedro Pablo Kuczynski, who has been accused of corruption, was hit with the release of video footage this week that appeared to support the allegations. 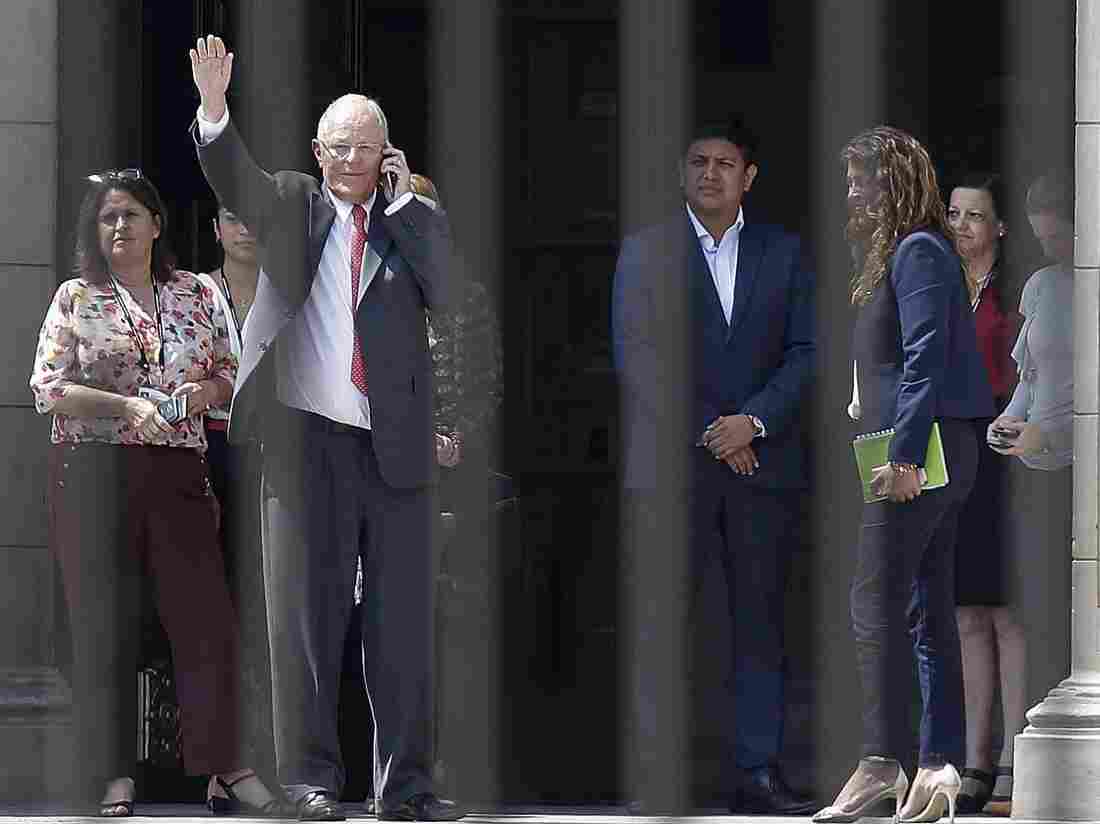 Peruvian President Pedro Pablo Kuczynski waves from the governmental palace in Lima on Wednesday, shortly after the embattled leader offered his resignation to lawmakers ahead of a scheduled vote on whether to impeach him. Martin Mejia/AP hide caption 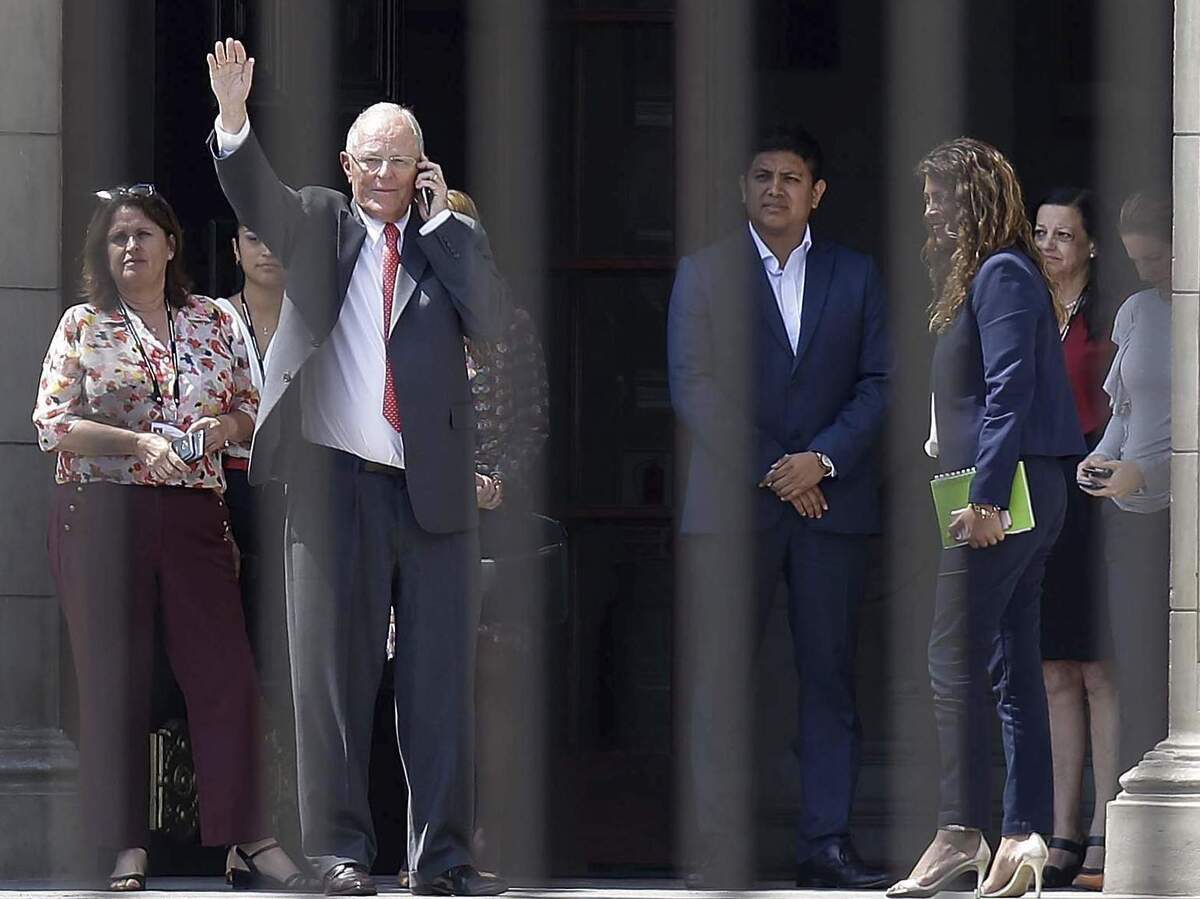 Peruvian President Pedro Pablo Kuczynski waves from the governmental palace in Lima on Wednesday, shortly after the embattled leader offered his resignation to lawmakers ahead of a scheduled vote on whether to impeach him.

Peruvian President Pedro Pablo Kuczynski announced Wednesday that he has offered his resignation to the country's congress, bowing to the mounting controversies that have been threatening his 19-month-old presidency. Kuczynski announced his decision in a nationally televised address just one day before a scheduled vote on his impeachment, his second in just a few months.

"I don't want my country, nor my family, to continue suffering through the uncertainty of recent times," he said.

Kuczynski is accused of having accepted illegal payments from Odebrecht, a massive Brazilian construction conglomerate.

Compounding that allegation, video footage that surfaced earlier this week appeared to show his political allies offering opposition lawmakers financial benefits in return for their support in the coming impeachment vote.

Kuczynski denied those allegations Wednesday, asserting that the footage was selectively edited and pushed by his political rivals — foremost among them Keiko Fujimori, prominent opposition politician and daughter of former strongman Alberto Fujimori, who was himself voted out of office in 2000 and pardoned by Kuczynski of human rights crimes late last year.

That pardon appeared to sway Keiko's brother Kenji, who defected from the main opposition bloc to back Kuczynski just before a first, failed impeachment vote in December. Kenji Fujimori's support helped Kuczynski survive, but it also drew suspicions of political wrongdoing — claims that appear to have been confirmed by the secretly recorded video released this week.

" 'Those who voted in favor of ousting him, they have all seen the doors shut on them,' [Kenji] Fujimori can be heard telling [former political ally Moises] Mamani in one of the videos.

"In another video, a congressman, Bienvenido Ramírez, bragged about all the benefits he had received because of his support of Mr. Kuczynski.

" 'In less than a week I got the public works' that I wanted, Mr. Ramírez told Mr. Mamani, who also mentioned a government official had been assigned to help expedite any projects that were in his interest.

"Another government official tried to explain to Mr. Mamani how to earn big rewards while in Congress.

" 'Imagine, brother, that in a $100 million public work that you receive only 5 percent,' said Freddy Aragón, a government official who was fired Tuesday night. 'Brother, you get $5 million without lifting a finger.' "

John Otis reports for NPR that Vice President Martin Vizcarra is expected to be sworn in to replace Kuczinski if lawmakers accept the president's resignation.

In the meantime, Peru could have asked for better timing: The country is less than a month away from hosting the Summit of the Americas, a major international conference that's expected to draw leaders from throughout the Western Hemisphere, including President Trump.