Accessibility links
Police In Arizona Release Dashcam Video Of Fatal Crash Involving Self-Driving Car : The Two-Way An external view shows 49-year-old Elaine Herzberg, who suddenly appears in the headlights walking her bike. An interior view shows the safety driver in the moments leading up to the impact. 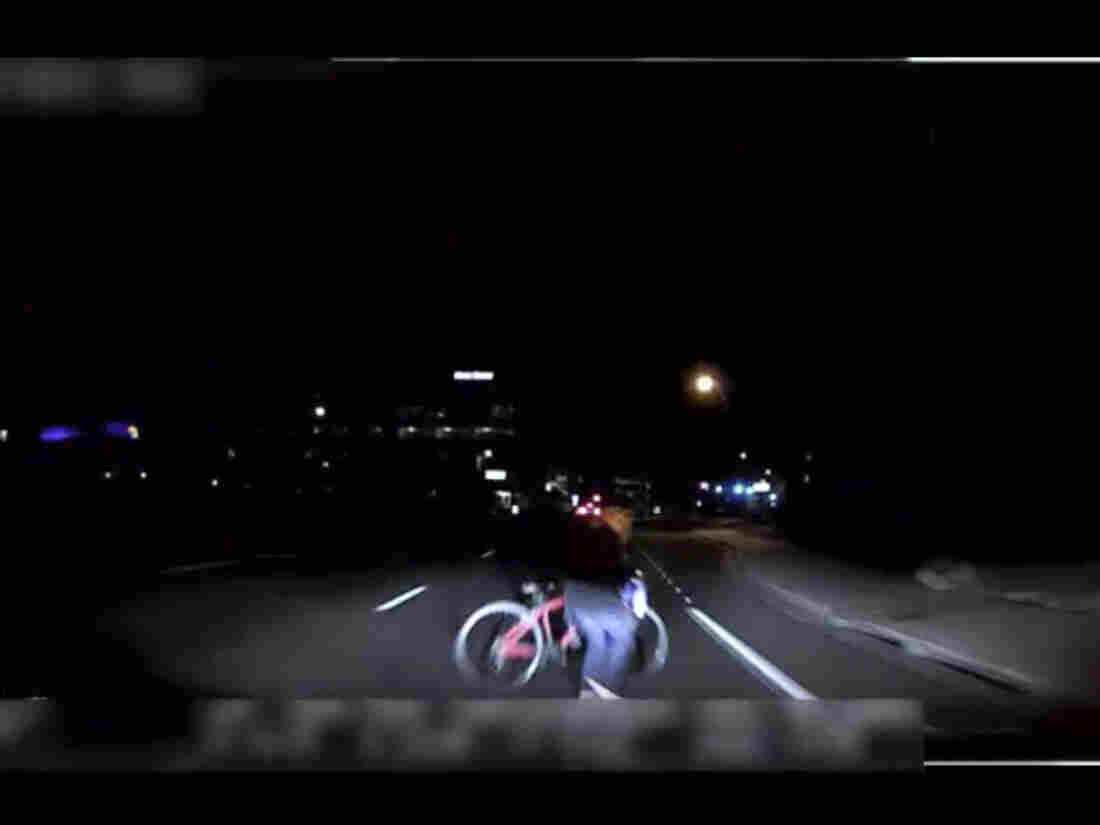 This image made from video of a mounted camera provided by the Tempe Police Department shows an exterior view moments before an Uber SUV hit a woman on Sunday in Tempe, Ariz. AP hide caption 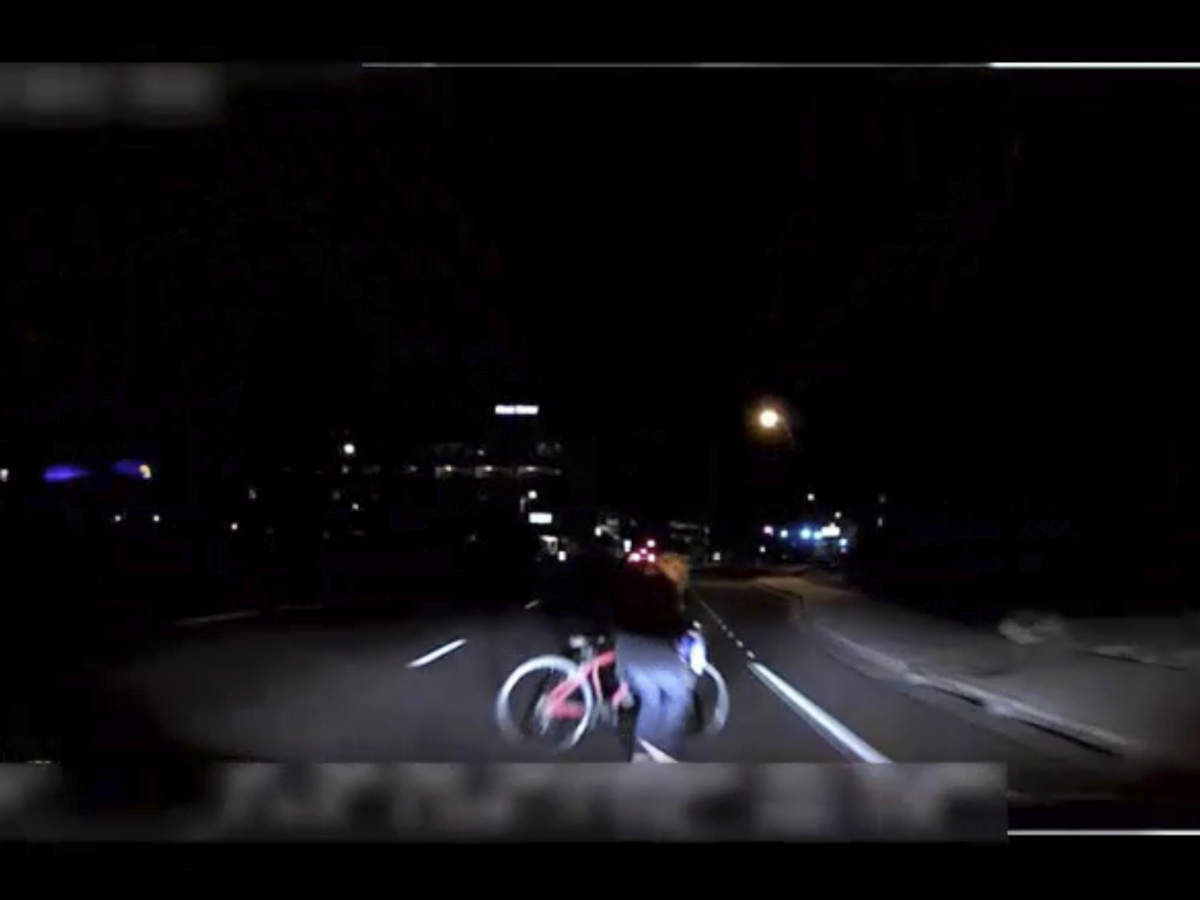 This image made from video of a mounted camera provided by the Tempe Police Department shows an exterior view moments before an Uber SUV hit a woman on Sunday in Tempe, Ariz.

Investigators looking into the crash of an Uber self-driving car that struck and killed a woman crossing a road in Tempe, Ariz., this week have released unsettling dashcam video of the incident.

In an exterior camera view, the Volvo XC90 SUV test vehicle is seen traveling the partially lit road when a woman, identified as 49-year-old Elaine Herzberg, suddenly appears in the headlights as she walks a bicycle across the vehicle's lane. The fatal impact occurs in a split second.

Another camera mounted inside the car is trained on the Uber safety driver, identified by Tempe police as Rafael Vasquez, 44, whose job is to take over the operation of the vehicle if necessary. The driver's gaze seems divided between something inside the car and the road. His eyes appear to be diverted from the road for about four or five seconds before he looks up with a startled expression less than a second before the impact.

(Warning to readers: you may find the video below disturbing)

Uber called the video released Wednesday "disturbing and heartbreaking to watch" in a statement to The San Francisco Chronicle, adding "our thoughts continue to be with Elaine's loved ones."

The vehicle was traveling at 38 mph at the time of the impact on a stretch of road that police say is a 35-mph zone.

Uber's Self-Driving Tests Are Suspended After Pedestrian Is Killed

Following the crash, Vasquez reportedly told Tempe Police Chief Sylvia Moir that "it was like a flash, the person walked out in front." He said that "the first alert of the collision was the sound of the collision."

However, experts suggested that the technology employed in the Uber test vehicle should have been able to detect Herzberg and avoid a crash.

"The victim did not come out of nowhere. She's moving on a dark road, but it's an open road, so lidar (laser) and radar should have detected and classified her" as human, Bryant Walker Smith, a University of South Carolina law professor who studies autonomous vehicles, tells The Associated Press.

"It absolutely should have been able to pick her up," Sam Ambuelsmaid, an analyst at Navigant Research who follows self-driving technology, tells the AP. "From what I can see in the video, it sure looks like the car is at fault, not the pedestrian."

Soon after the crash, Moir was quoted in an article by The Chronicle as saying she believed the Uber driver was not at fault even though her department had yet to make such a determination. Wednesday's statement said, "Chief Moir and the Tempe Police Department would like to reaffirm that fault has not been determined in this case."

In a statement released with the video, the Tempe Police Department said its investigation of the incident "will address the operating condition of the vehicle, driver interaction with the vehicle, and opportunities for the vehicle or driver to detect the pedestrian that was struck."

The department said as part of its investigation, it was cooperating with the National Highway Traffic Safety Administration and Uber and that it would be looking into the technology aboard the vehicle and all its electronic data.

In its statement, Uber said: "Our cars remain grounded, and we're assisting local, state and federal authorities in any way we can."