Accessibility links
'Consumer Reports' Finds Dangerous Dressers In All Sizes And Shapes : The Two-Way Furniture tip-overs kill multiple children every year. A nonprofit group tested a range of dressers and found there was no way for consumers to tell by looking whether a dresser would be stable.

'Consumer Reports' Finds Dangerous Dressers In All Sizes And Shapes

'Consumer Reports' Finds Dangerous Dressers In All Sizes And Shapes 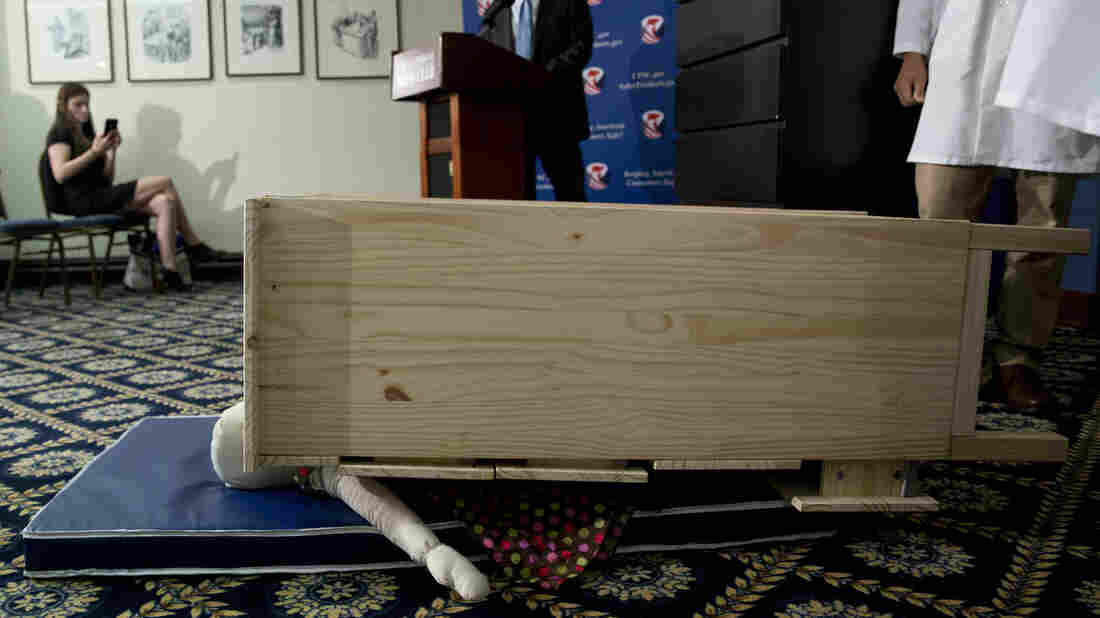 A child-size dummy is crushed by a dresser during a Consumer Product Safety Commission news conference in Washington, D.C., in 2016. That year Ikea began a recall of millions of dressers after six children were killed in tip-over incidents. But a new study says that tip-over risks extend far beyond any one furniture-maker. Carolyn Kaster/AP hide caption 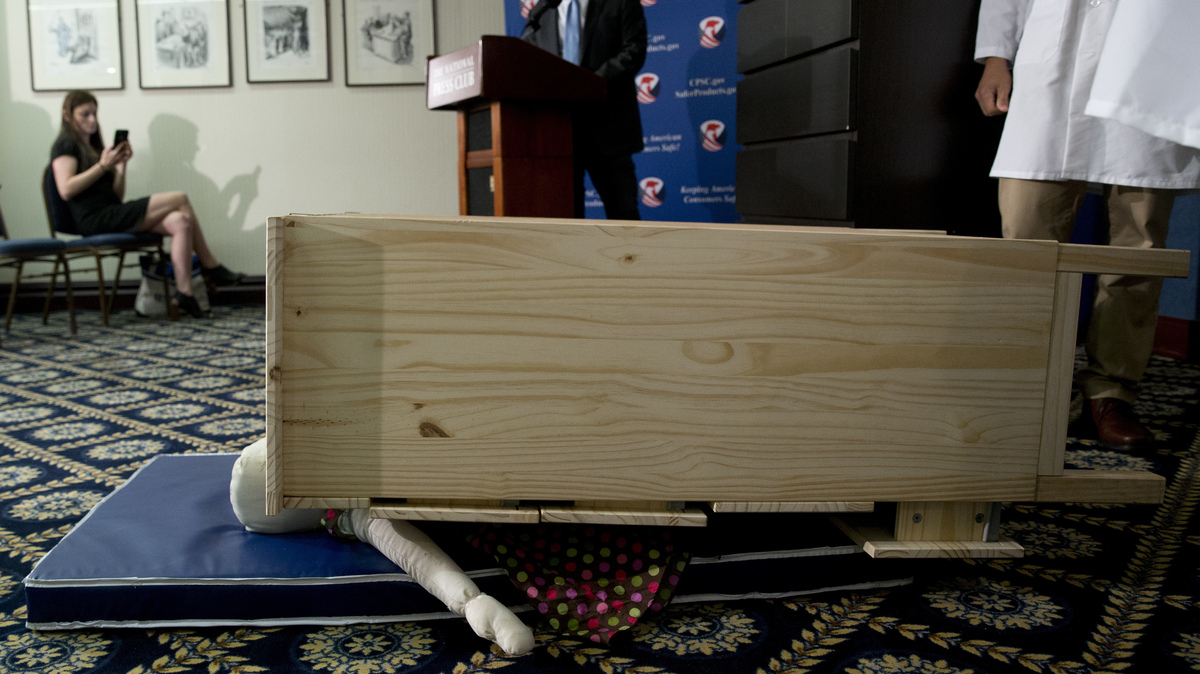 A child-size dummy is crushed by a dresser during a Consumer Product Safety Commission news conference in Washington, D.C., in 2016. That year Ikea began a recall of millions of dressers after six children were killed in tip-over incidents. But a new study says that tip-over risks extend far beyond any one furniture-maker.

Every year, thousands of children are injured by furniture tipping over — and every two weeks a child is killed by a tip-over, the Consumer Product Safety Commission says.

Dresser tip-overs are a particular hazard; when children pull out dresser drawers or climb on them, even seemingly stable dressers can fall forward.

Consumers seeking safe products might assume that shorter or heavier pieces of furniture are more stable. But a study from Consumer Reports found that it is not so easy to pick a safe dresser.

The nonprofit group tested the stability of a range of dressers on the market. The tests showed some dressers were more stable than others — but that it's impossible to pick them out from a catalog or showroom floor.

Just over half the dressers passed all the tests. Six passed the voluntary standards but failed the tougher 60-pound test. And five others failed even the 50-pound test.

As Dickerson notes, the results did not map neatly to dimensions or weight.

For instance, one dresser made by South Shore — less than 30 inches tall, weighing more than 100 pounds while empty, and priced at $200 — fell forward when 50 pounds was applied to the top shelf.

Meanwhile, a taller, lighter and cheaper dresser from Sauder Page was stable with 60 pounds applied.

Ameriwood, which makes one of the dressers that failed the voluntary test, told NPR in an emailed statement that the dresser was less than 30 inches tall and therefore is not required to meet the industry's voluntary standard. The company urged consumers to use anchors to attach dressers to the wall.

DaVinci, which makes another dresser that failed that test, told Consumer Reports it discontinued that model after changing its own internal tests.

South Shore, which made three dressers that tipped and has several dressers that are short enough to be exempt from the voluntary standard, wrote in an email to NPR that it "has decided to re-engineer its entire product line of clothing storage units and add significant weight to the back of the units."

Consumer Reports is calling for the industry's voluntary standards to be made stricter, applied more widely — including to shorter drawers — and converted from being voluntary to being mandatory.

In the meantime, Dickerson has two recommendations for consumers.

First, anchor your dressers to the wall. "Anchor, anchor, anchor," he said. "That is by far, at this stage, the best recommendation that we can provide."

Second, remove all items from the tops of drawers. "No TVs, no games, nothing that would encourage a young person ... to try to climb up on the dresser," Dickerson said.

As NPR has previously reported, Ikea has recalled millions of dressers within the past few years, after several toddlers were crushed to death by Ikea furniture.

The Philadelphia Inquirer also reported extensively on tip-over deaths in 2015. And as part of the Ikea recall, the company began promoting wall-mounting kits as a way to ensure dresser safety.

But over the past few years, it has been clear that not all parents have heard the message about anchoring — or have been able to implement it.

"In 2014, two children, both around 2 years old, died in tip-over accidents involving Ikea's Malm dressers. The next year, the company launched a program offering free wall-mounting kits to consumers and encouraging them to attach dressers to the wall.

"His family was renting its apartment, the Star Tribune reports, and was not allowed to put holes in the walls, as Ikea's wall-mounting kits require."

"Through interviews with parents of victims and with industry representatives, CR ... found the most effective prevention strategy available today, anchoring dressers to walls using brackets and straps, isn't an easy option for families less proficient with tools or contending with brick walls," the group wrote.

"Some parents told CR that they had no idea kits for anchoring dressers even existed."