Accessibility links
France's Former President Sarkozy Under 'Formal Investigation' In Libya Probe : The Two-Way Nicolas Sarkozy, who served as president from 2008 to 2012, has been under a wide-ranging corruption investigation for years. Earlier this week he was taken into custody for questioning. 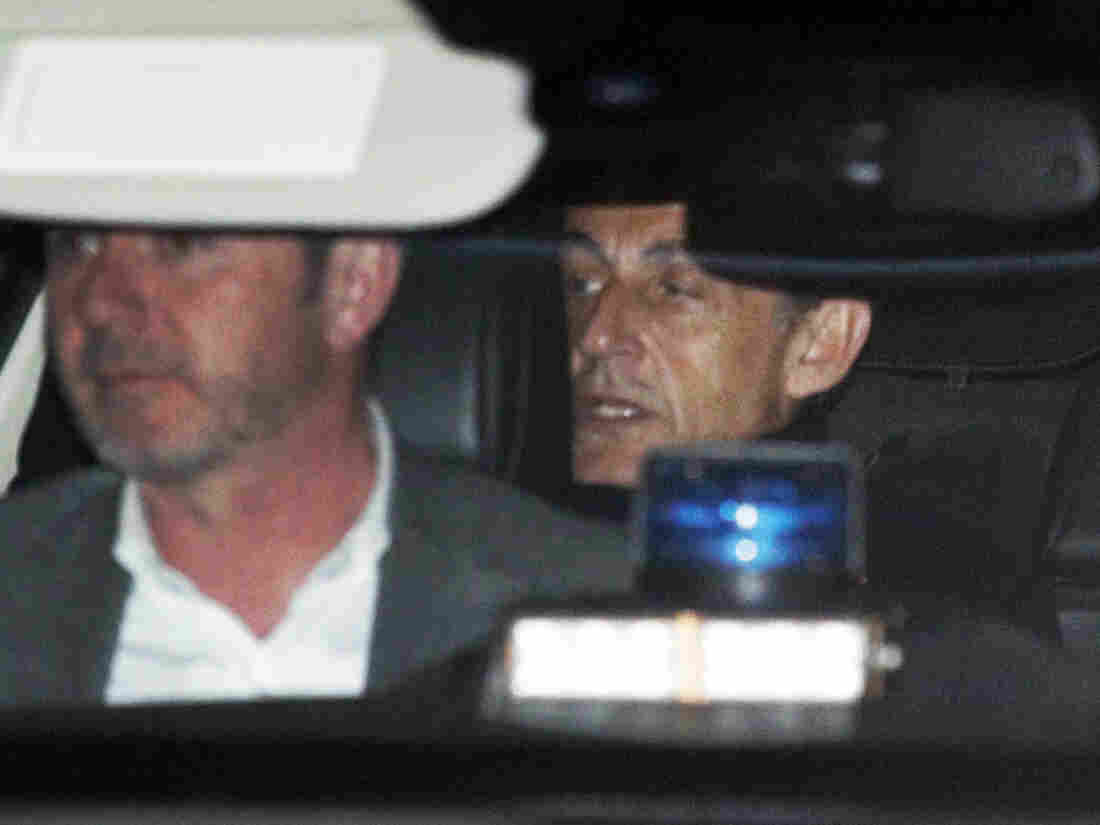 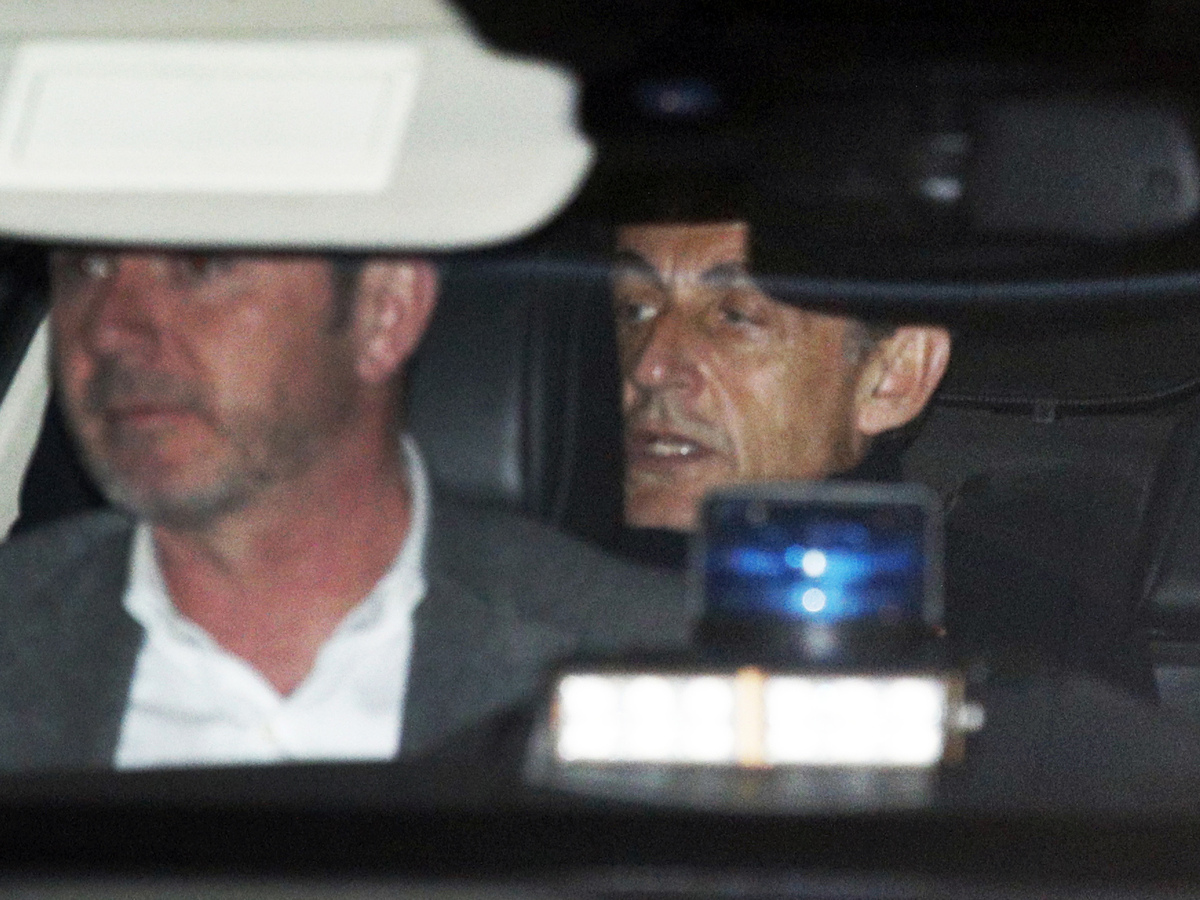 Former French President Nicolas Sarkozy, right, leaves the police station where he was held, in Nanterre, outside Paris, on Wednesday.

France's former President Nicolas Sarkozy is under formal investigation over allegations that he took millions of euros in illegal financing for his 2007 campaign from Libyan leader Moammar Gadhafi, media reports said Thursday.

Following two days of questioning over the matter, French authorities on Wednesday placed Sarkozy under formal investigation, a designation that France24 says "indicates that magistrates have found sufficient evidence of wrongdoing."

Authorities can hold Sarkozy for 48 hours before deciding whether to press charges.

On Tuesday, police took the former president into custody for questioning as part of an investigation into corruption that began in 2013. Libyan officials linked to the regime of the late Gadhafi say they helped finance Sarkozy's 2007 run for president. Sarkozy was defeated for re-election in 2012 by Socialist Party candidate François Hollande.

As France24 reports: "Sarkozy was released earlier in the day after facing a second day of questions in the investigation, which is exploring allegations that [Gadhafi's] regime secretly gave Sarkozy €50 million [$62 million] for his inaugural presidential campaign in 2007. The allegations were first made by one of the late dictator's sons, Saif al-Islam, in 2011."

The Associated Press quotes an unnamed judicial source as saying in addition to illegal campaign funding, Sarkozy could also be charged with "passive corruption and receiving money from Libyan embezzlement."

As we reported on Tuesday, his possible dealings with Gadhafi are just one facet of a broad years-long investigation of corruption and "allegations of corruption have swirled around Sarkozy for years."

The AP writes: "The charges involving illegal campaign funding from a foreign dictator are the most serious faced by a former French president in recent history. They were presented after Sarkozy was questioned for two days by anticorruption police at a station in Nanterre, northwest of the French capital."

After becoming president, Sarkozy invited Gadhafi to visit France for a state visit at a time when the Libyan leader was considered an international pariah by most other Western nations. However, the French president also played a key role in the NATO-led airstrikes in 2011 that aided the country's rebels and led to Gadhafi's downfall.

After a poor showing in 2016 presidential elections, Sarkozy retired from politics, but he has remained active behind the scenes.