Accessibility links
China Acknowledges Sale Of Advanced Missile Technology To Pakistan : The Two-Way The technology, described as a "large-scale optical tracking and measurement system," is reportedly for use in testing Pakistani ballistic missiles that can carry multiple warheads. 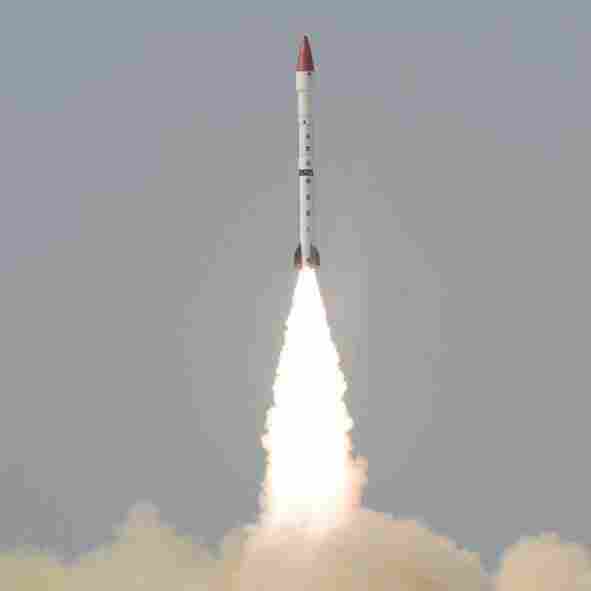 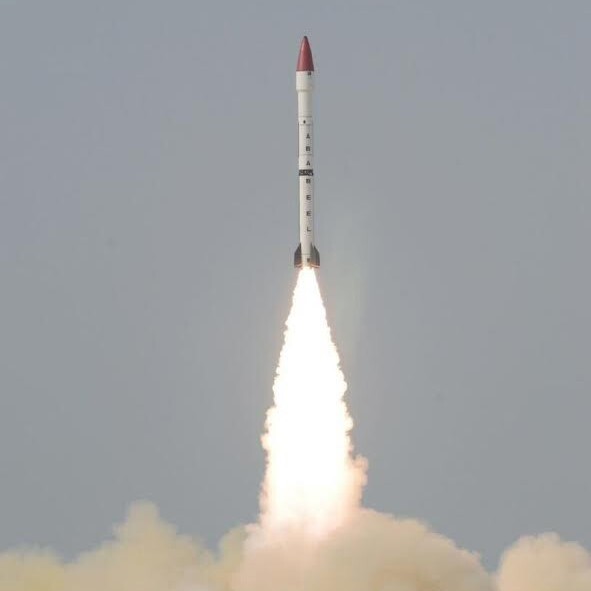 China has sold Pakistan an advanced tracking system that could boost Islamabad's efforts to improve ballistic missiles capable of delivering multiple warheads, according to The South China Morning Post.

The website of the Chinese Academy of Sciences announced the deal with Pakistan, and Zheng Mengwei, a researcher with the CAS Institute of Optics and Electronics, confirmed to the Post that the purchase was of a "highly sophisticated large-scale optical tracking and measurement system."

"An optical system is a critical component in missile testing. It usually comes with a pair of high-performance telescopes equipped with a laser ranger, high-speed camera, infrared detector and a centralised computer system that automatically captures and follows moving targets.

The device records high-resolution images of a missile's departure from its launcher, stage separation, tail flame and, after the missile re-enters atmosphere, the trajectory of the warheads it releases."

As Pakistan Marks 70 Years Of Independence, Its Minorities Struggle For Space

The CAS said a Chinese team spent three months in Pakistan helping calibrate the system. "The system's performance surpassed the user's expectations," it said, adding that it was considerably more complex than Pakistan's home-made systems, the newspaper said.

Although ostensibly for missile testing, it is similar to technology deployed in ballistic missile defense systems.

Rival India has been working on a missile defense system, which it claims to have successfully tested late last year. Meanwhile, Pakistan has concentrated on a possible countermeasure. In January 2017, it tested a missile that reportedly can deliver multiple warheads, known as MIRVs, which can greatly increase the number of incoming targets, possibly overwhelming missile defense systems.

Pakistan, after its first successful launch of the MIRV-capable missile, known as Ababeel, said in a statement that it is "aimed at ensuring survivability of Pakistan's ballistic missiles in the growing regional Ballistic Missile Defence (BMD) environment."

India and Pakistan have been locked in a nuclear arms race since the two countries openly conducted nuclear weapons tests within days of one another in May 1998. Since that time, their respective rocket and missile programs have also proceeded swiftly, frequently raising tensions in the South Asian region.

On Thursday, India's Defense Minister Nirmala Sitharaman announced the successful launch of a supersonic cruise missile, the BrahMos, jointly developed by India and Russia. One version is an anti-ship missile, and the army also has fielded its own variant. India is working on yet another version that could be launched from a Sukoi Su-30 fighter jet.

China, which also views India as a regional rival, has long been recognized as the covert benefactor of Pakistan's nuclear weapons and ballistic missile programs, providing technical know-how and expertise.

But the latest public statement by Beijing of a deal with Islamabad for such sensitive technology is rare — and possibly meant as a signal to New Delhi, with whom it has had recent border tensions, and possibly the U.S., which has increasingly tilted toward India in recent decades, especially amid what is viewed as Pakistan's tepid commitment to shutting down Islamic extremism.

In January, President Trump tweeted that Pakistan had given the U.S. "nothing but lies [and] deceit" in exchange for billions of dollars in foreign aid.