Accessibility links
Former South Korean President Lee Myung-Bak Is Arrested On Graft Charges : The Two-Way Lee's arrest comes just a year after the impeachment of his successor, Park Geun-hye, over corruption allegations of her own. Both former presidents are now in jail. 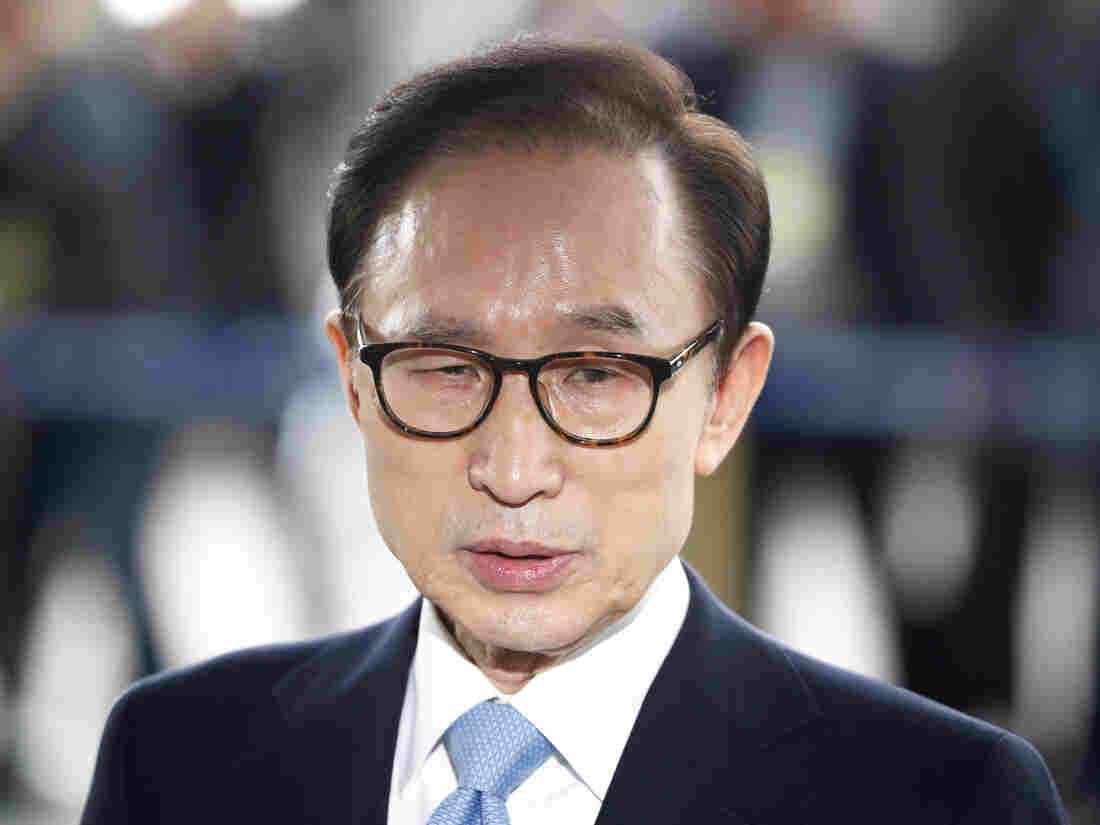 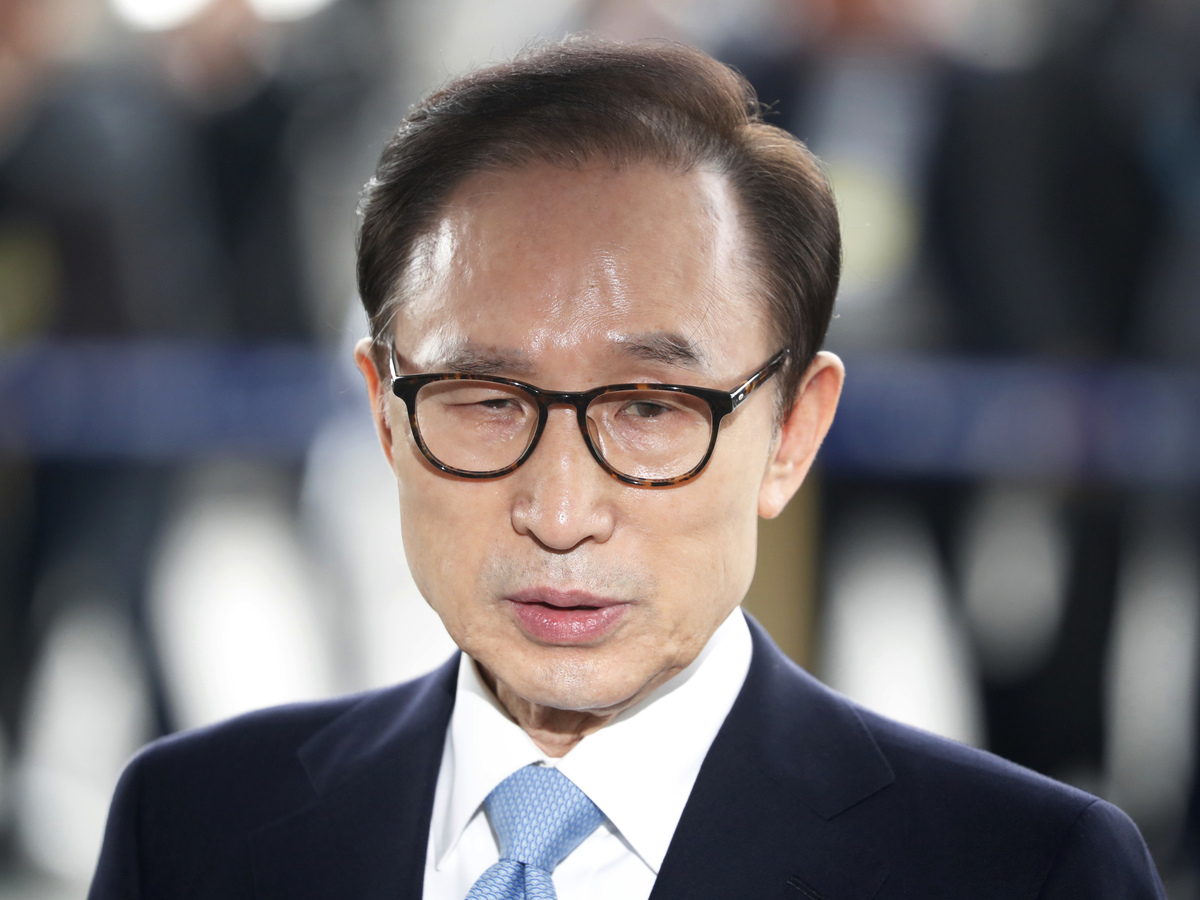 Former South Korean President Lee Myung-bak has been arrested over a host of corruption allegations, ranging from bribery to embezzlement and tax evasion. Live footage on local media showed Lee submitting to his arrest warrant at home late at night, getting into a black sedan flanked by two law enforcement officers.

"I feel that all is my fault," Lee said in a handwritten statement posted to Facebook shortly after the warrant was issued, "and I feel a sense of guilt."

That said, the 76-year-old conservative politician has denied the charges against him, with Lee rejecting the investigation as "political revenge" mounted by the current administration in office, headed by liberal President Moon Jae-in.

Lee, who led the country from 2008 to 2013, is just the latest high-profile South Korean politician to find himself embroiled in legal woes. His conservative successor, Park Geun-hye, saw her own presidency unravel last year under the weight of a massive graft scandal of her own. She, too, is currently in detention, arrested around this time last year on charges that could spell a prison sentence of up to 30 years.

This is not the first time South Korea has had two of its former leaders "behind bars at the same [time]," as South Korea's Yonhap news agency reports:

"Chun Doo-hwan and Roh Tae-woo, who seized power through a 1979 military coup, were imprisoned for mutiny and corruption in 1995. They were released through a presidential pardon in 1997.

"Late President Roh Moo-hyun was also investigated for alleged corruption involving his family in 2009 while Lee was in office. He killed himself while the probe was ongoing in May of that year." 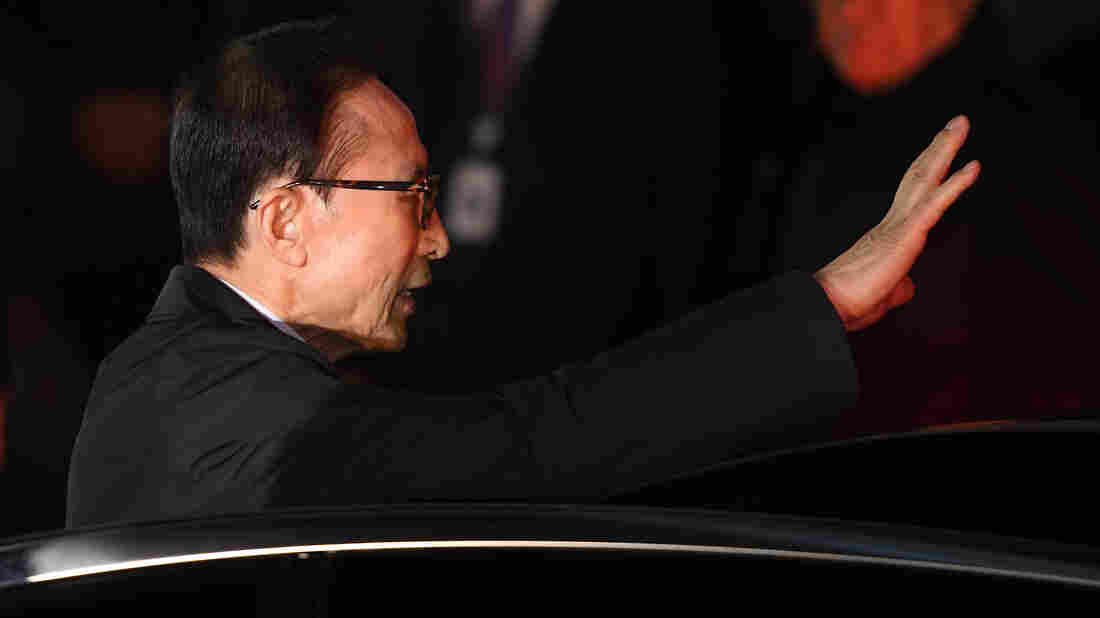 Former South Korean President Lee Myung-Bak waves to the crowd as he is taken into custody outside his residence. Jung Yeon-Je-Pool/Getty Images hide caption 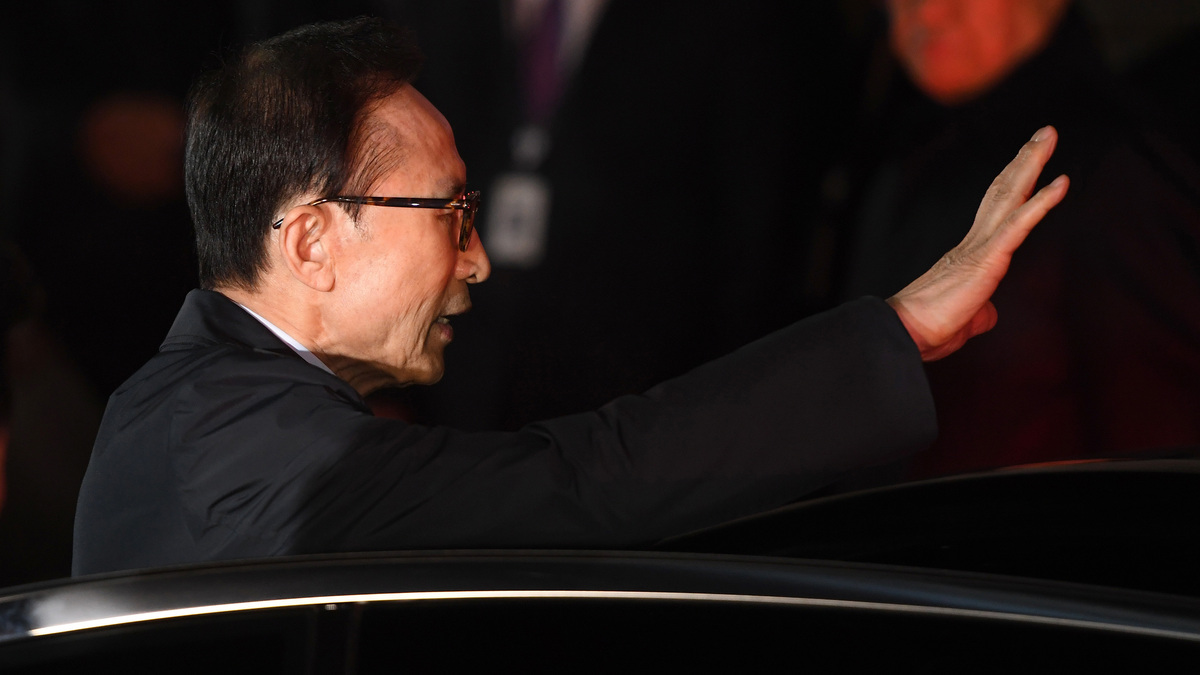 Former South Korean President Lee Myung-Bak waves to the crowd as he is taken into custody outside his residence.

Lee, for his part, stands accused of accepting millions of dollars in bribes from a variety of individuals and organizations — including, according to The Associated Press, his own intelligence agency. Yonhap notes he is also alleged to have embezzled tens of millions more from a private company.

"Other charges include abuse of power, breach of trust, illegally stashing presidential documents and a violation of election law," Yonhap explains.

Chang Je-won, spokesperson for the Liberty Korea Party, the conservative opposition to Moon's government, was on hand at Lee's residence to watch the ex-president being taken away. And he released a statement expressing his party's regret at the development.

"Should living as a former president in this country be this difficult?" he said. "I hope former President Lee will be the last victim of a political revenge."

Prosecutors have 20 days to hold Lee at the Seoul Eastern Detention Center, while they decide whether to slap him with formal charges.