Accessibility links
$500K Bond For Brother Of Alleged Florida Shooter Is 'Reprehensible,' Lawyer Says : The Two-Way The usual bond for misdemeanor trespassing on school grounds is $25, but a judge ordered a considerably higher sum for Zachary Cruz. Prosecutors say "he has all the same flags present as his brother." 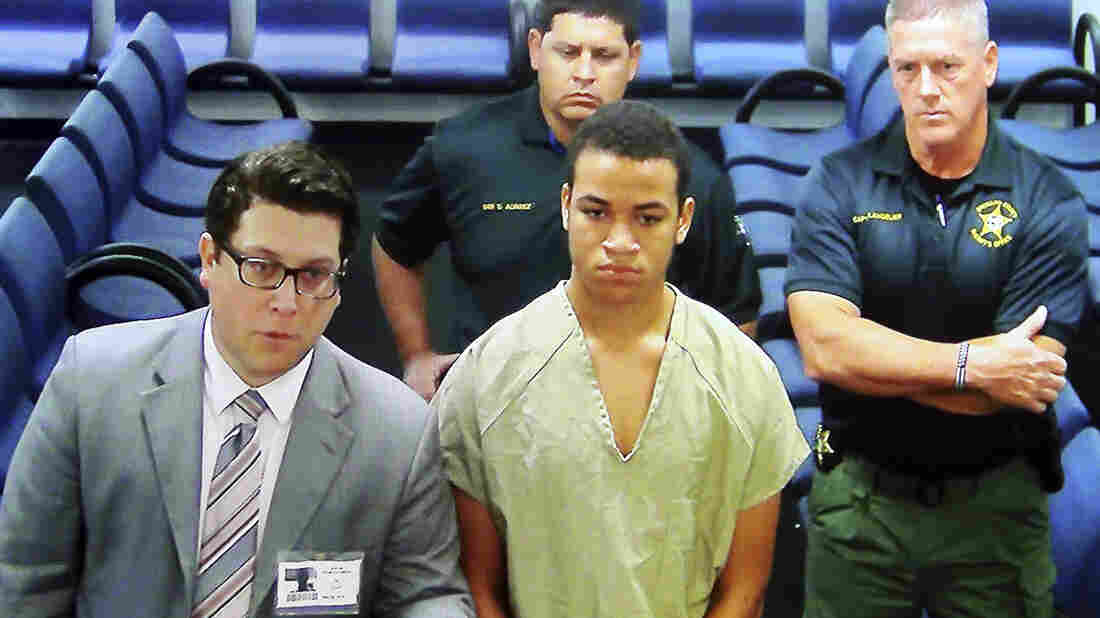 Zachary Cruz, the brother of the Florida school shooting suspect, makes his first appearance before a judge earlier this week, after he was arrested for trespassing on the grounds of Marjory Stoneman Douglas High School. Amy Beth Bennett/South Florida Sun-Sentinel via AP, Pool hide caption 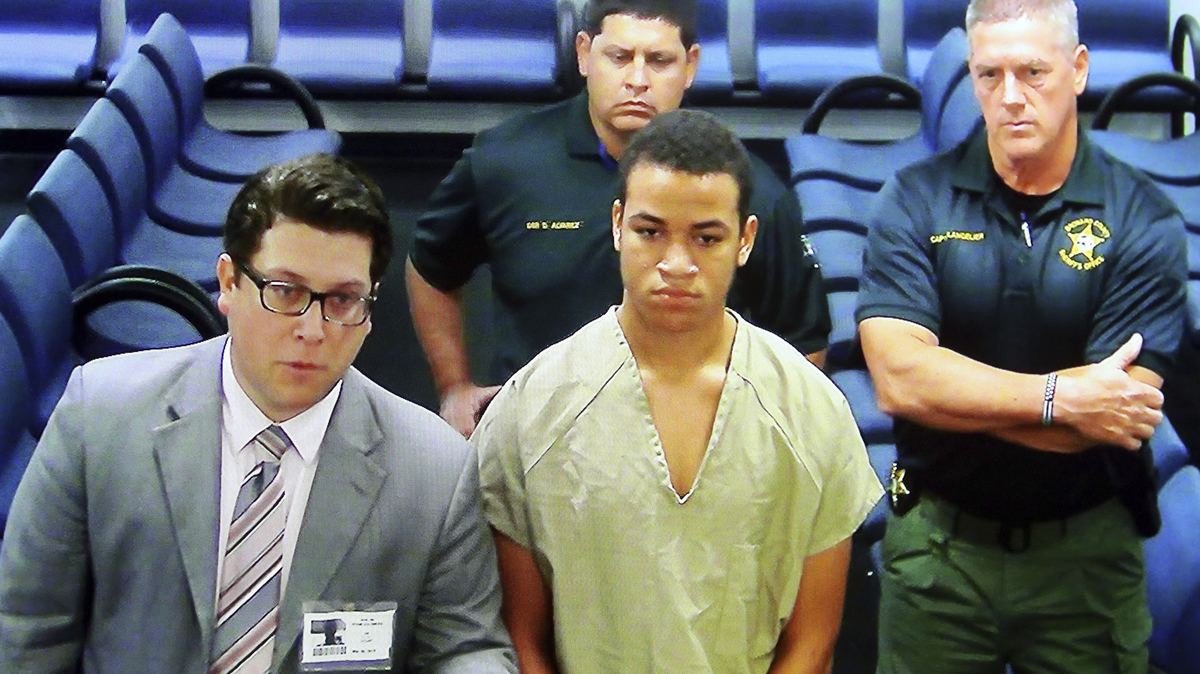 Zachary Cruz, the brother of the Florida school shooting suspect, makes his first appearance before a judge earlier this week, after he was arrested for trespassing on the grounds of Marjory Stoneman Douglas High School.

When Zachary Cruz was arrested for trespassing Monday at Marjory Stoneman Douglas High School, the site where his brother allegedly murdered 17 people and injured dozens more last month, the Broward County Sheriff's Office initially set his bond at $25 — a common sum for suspects charged with misdemeanor trespass on school grounds, as Cruz was.

Documents filed with the Broward County clerk show the bond was posted shortly afterward, but Cruz, 18, remained in custody until his first court appearance the next day — at which point Judge Kim Theresa Mollica, after arguments from prosecutors, raised his bond to $500,000.

Now, Cruz's attorney is arguing that the bond set by Mollica, when considered in context of the charge against him, is "so unreasonably high that it amounts to no bond at all."

Zachary Cruz is not Nikolas Cruz, Joseph Kimok wrote in a motion filed Thursday. "Zachary is an eighteen-year-old who up until four months ago had led a relatively normal life."

"There is no justice where the government seeks to hang a man for the crimes of his brother," he added. "It is immoral and reprehensible to attempt to punish Zachary Cruz for the sins of Nicholas. It is also unconstitutional."

Kimok also objected to several of Mollica's other pretrial conditions — including a mandated psychological evaluation, a search of his home for weapons, and orders preventing him from contact with his brother and Marjory Stoneman Douglas High School students and employees.

Prosecutors, for their part, see the high bar for Cruz's release as warranted. In fact, at the bond hearing Tuesday, they had asked for it to be set at $750,000 — arguing that, in the words of the Miami Herald, "the younger of the two brothers has been overheard admiring the elder's 'popularity' during jailhouse visits, and has talked about setting up a fan club for 19-year-old Nikolas."

In a separate case opened Tuesday, another judge granted the Broward County Sheriff's Department a temporary risk protection order against Zachary Cruz. The order, instituted under a law signed less than two weeks ago, bars him from owning or buying firearms or ammunition.

Zachary Cruz, who like his brother had been a student at the school himself, was found on school grounds after class had been dismissed Monday. Despite prior warnings from school officials, Detective Robert Rutkowski said in the police report, Cruz had "surpassed all locked doors and gates and proceeded to ride his skateboard through school grounds."

The reason he'd done so was to "reflect on the school shooting and to soak it in," Cruz explained at the time, according to Rutkowski.

The paper reports that at his bond hearing the next day, assistant Broward state attorney Sarahnell Murphy "explained that he had already been Baker Acted just days after his brother's attack" — referring to a mental health law that allows for involuntary psychiatric evaluation — "and that he pleaded guilty three times in 2016, for grand theft, petty theft and criminal mischief."

"He has all the same flags present as his brother," Murphy said at the hearing, according to the Herald.

As The Associated Press reports, Marjory Stoneman Douglas High School has been on alert since it resumed classes two weeks after the massacre. The wire service notes that Gov. Rick Scott has assigned Florida troopers to guard the campus — and that, after students return from spring break, "students will be given transparent backpacks they'll be required to use."

The sheriff's office noted Tuesday that a 10th-grade student had been charged with a misdemeanor for "making a threat on social media." He, too, was hospitalized under the Baker Act.