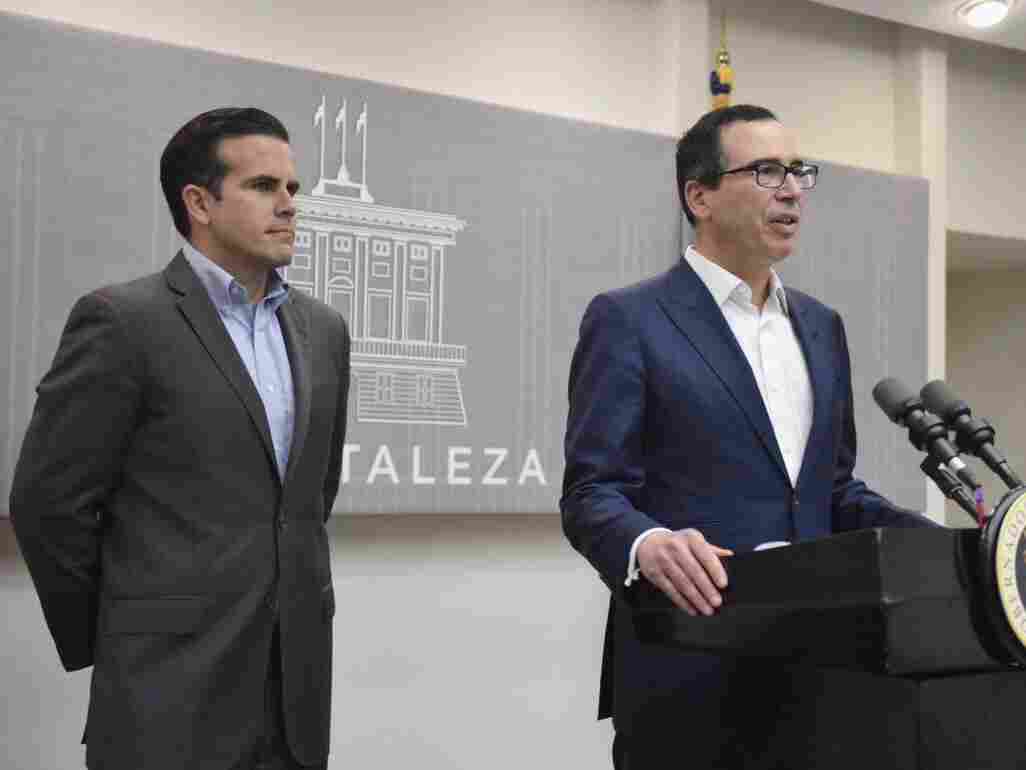 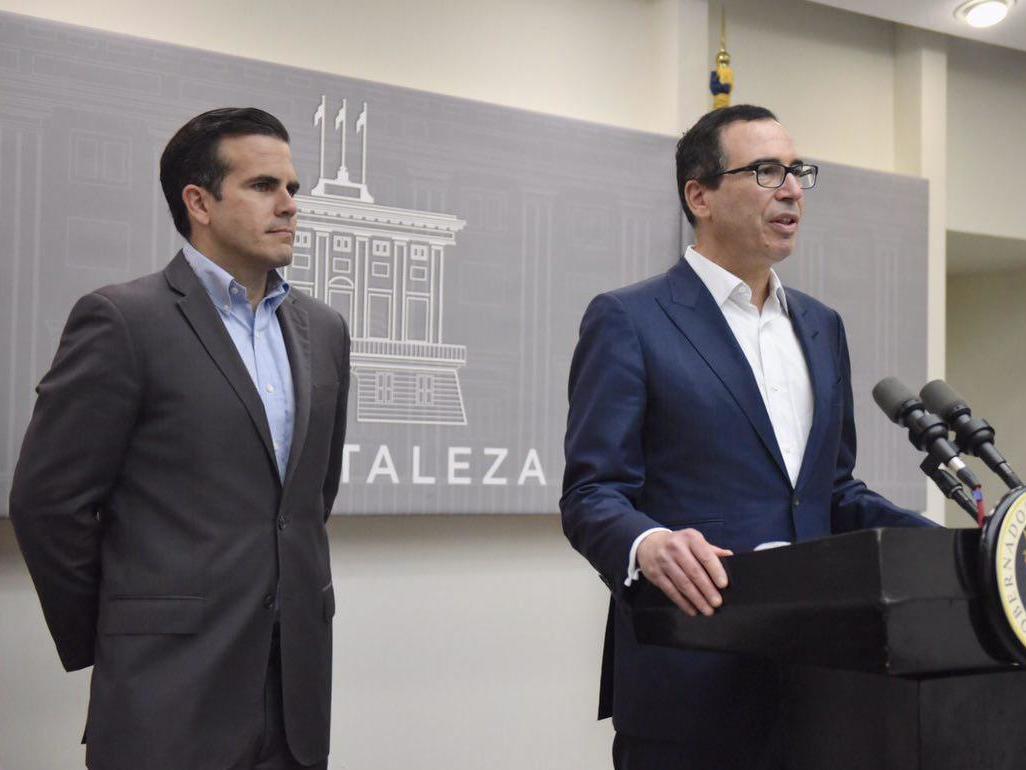 For months, Puerto Rico Gov. Ricardo Rossello has been struggling to get the U.S. Treasury to release $4.7 billion in disaster recovery loans that the U.S. Congress approved in October, weeks after Hurricane Maria devastated the island commonwealth. U.S. Treasury Secretary Steven Mnuchin had delayed releasing the loans because of disagreement over the terms of repayment.

On Thursday, the two men said they had reached a deal to allow the funds to start flowing.

"We've reached an agreement that is beneficial both for the taxpayer and for the people of Puerto Rico," Rossello said shortly after meeting with Mnuchin in Puerto Rico's capital.

The tentative agreement would allow the island's government to start accessing those funds once the cash balance in its treasury falls below $1.1 billion. Mnuchin had earlier wanted to set that number at $800 million. As of March 9, the island had about $1.45 billion in cash.

The agreement ended six months of tense negotiations during which Puerto Rico's governor loudly criticized Mnuchin for what he characterized as overly harsh conditions that the U.S. Treasury sought to impose before disbursing the loans.

According to a letter Rossello wrote to Congress last month, the Treasury was demanding that repayment of those loans be given the highest priority, even over the funding of essential services on the island. The governor said the Treasury also wanted to rule out the possibility of future loan forgiveness. Disaster recovery loans are often forgiven.

The governor and Treasury secretary said the agreement reached Thursday would grant high priority to repayment of the federal loans — not above the funding of essential services, but presumably above the more than $70 billion the island owes bondholders. They also agreed to postpone conversations about loan forgiveness.

The officials also said the island would be allowed, as needed, to access the full $4.7 billion legislated by Congress, despite an earlier proposal by the Treasury to cap the available amount at about $2 billion.

Rossello has been saying for months that the loan delays were slowing Puerto Rico's ability to recovery from the devastation of Hurricane Maria, which made landfall on Sept. 20, destroying the island's electric grid and damaging hundreds of thousands of homes.