Accessibility links
Feds Drop Prosecution Of 7 Turkish Bodyguards Involved In Assault Of Protesters : The Two-Way The charges were dropped a day before Secretary of State Rex Tillerson met with Turkish President Erdogan in a bid to ease tensions. The State Department says the timing was coincidental. 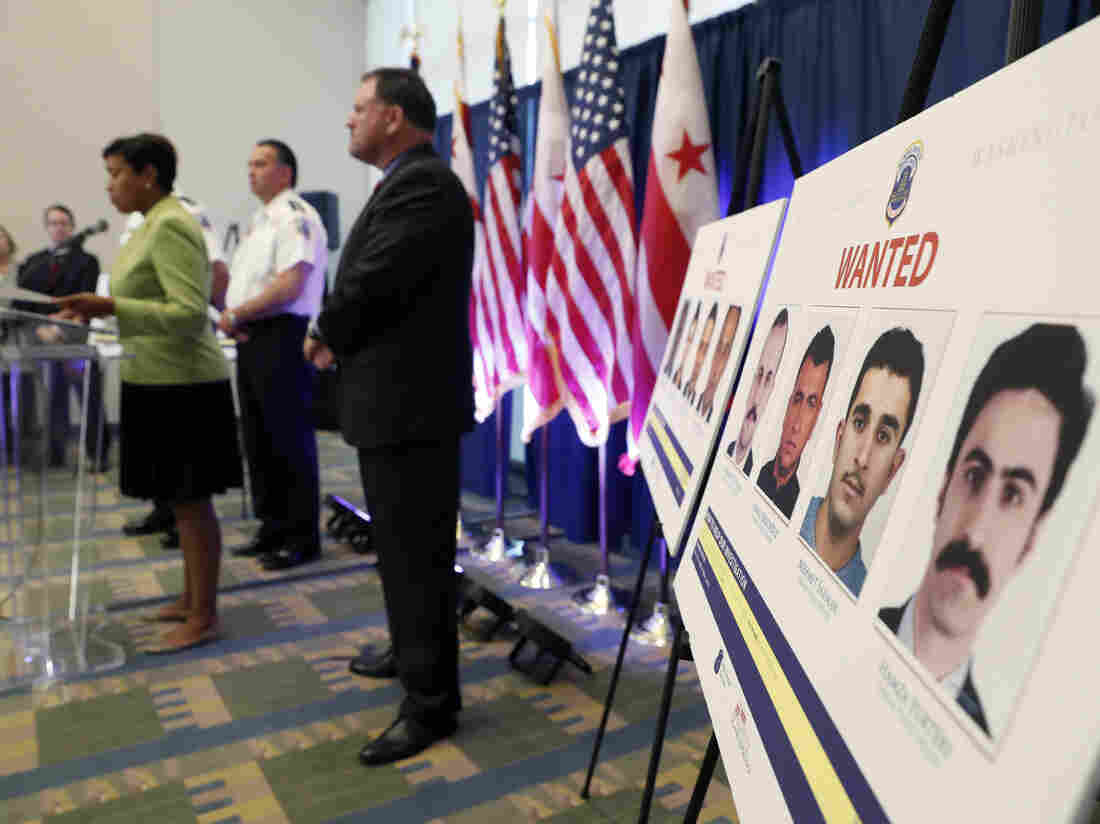 District of Columbia officials speak about the May 2017 altercation outside the Turkish Embassy in Washington, D.C. Alex Brandon/AP hide caption 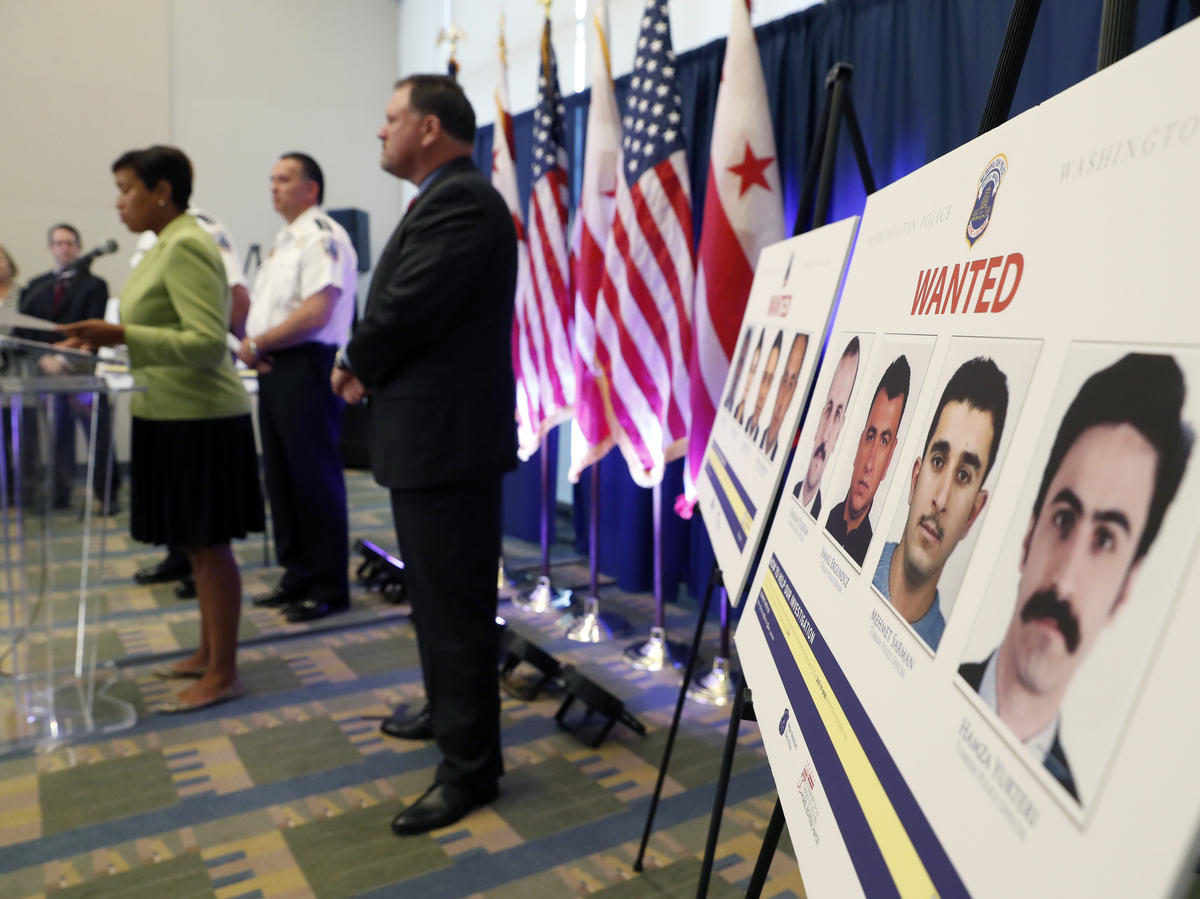 District of Columbia officials speak about the May 2017 altercation outside the Turkish Embassy in Washington, D.C.

Federal prosecutors have dismissed all criminal charges against seven bodyguards of Turkish President Recep Tayyip Erdogan who were involved in the beating of protesters in Washington, D.C., last year.

The assault charges were actually dropped in February, one day before outgoing Secretary of State Rex Tillerson met with Erdogan. A State Department spokeswoman says that the timing was coincidental.

The charges stemmed from an incident in May 2017 outside the Turkish ambassador's residence. As the Two-Way reported, there was an altercation between protesters and Erdogan supporters, leaving nine people injured, two seriously and two people were arrested.

The Turkish Embassy blamed the violence on the demonstrators, claiming they were Kurdish militants.

Video of the incident "appears to show security forces belonging to Turkish President Recep Tayyip Erdogan pushing past police and violently breaking up the demonstration," the Two-Way reported later.

The State Department issued a statement condemning the violence and the incident was seen as a set-back for U.S.-Turkish relations.

The tension between the NATO allies set the stage for Tillerson's meeting with Erdogan on Feb. 14, a day after the charges were dropped.

State Department spokeswoman Heather Nauert said the decision to drop the charges came from the Justice Department, but that Tillerson was aware of it before he met Erdogan in Turkey.

"He noted that the timing was coincidental, but he also noted it was a good example of how we have an independent judiciary in our country, and that the Department of Justice made those decisions," said Nauert. "The secretary did not discuss this issue with President Erdogan as any type of quid pro quo."

As the Associated Press reports, Tillerson met with Erdogan for three hours without any other American official present. Turkish Foreign Minister Mevlut Cavusoglu served as translator for the two men.