Accessibility links
Craigslist Shuts Down Personals Section After Congress Passes Bill On Trafficking : The Two-Way Craigslist says it made the change because of the Fight Online Sex Trafficking Act, which is meant to crack down on sex trafficking of children. Free speech advocates are critical of FOSTA. 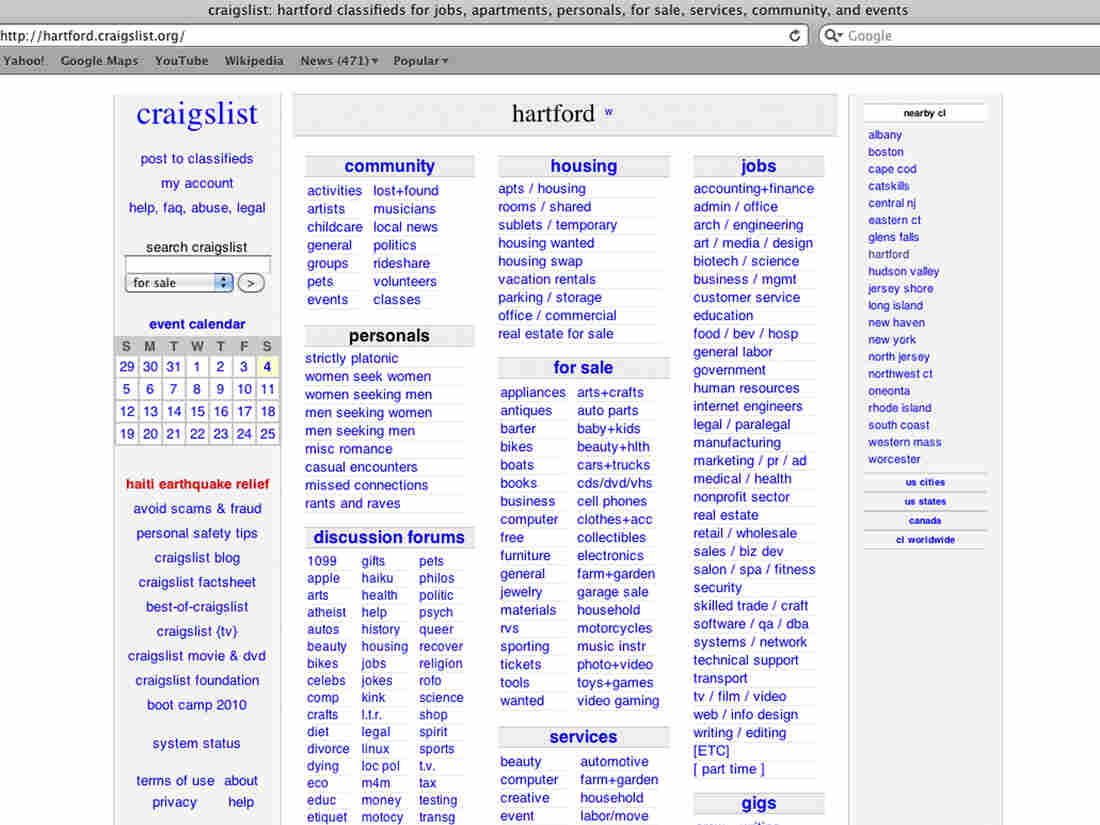 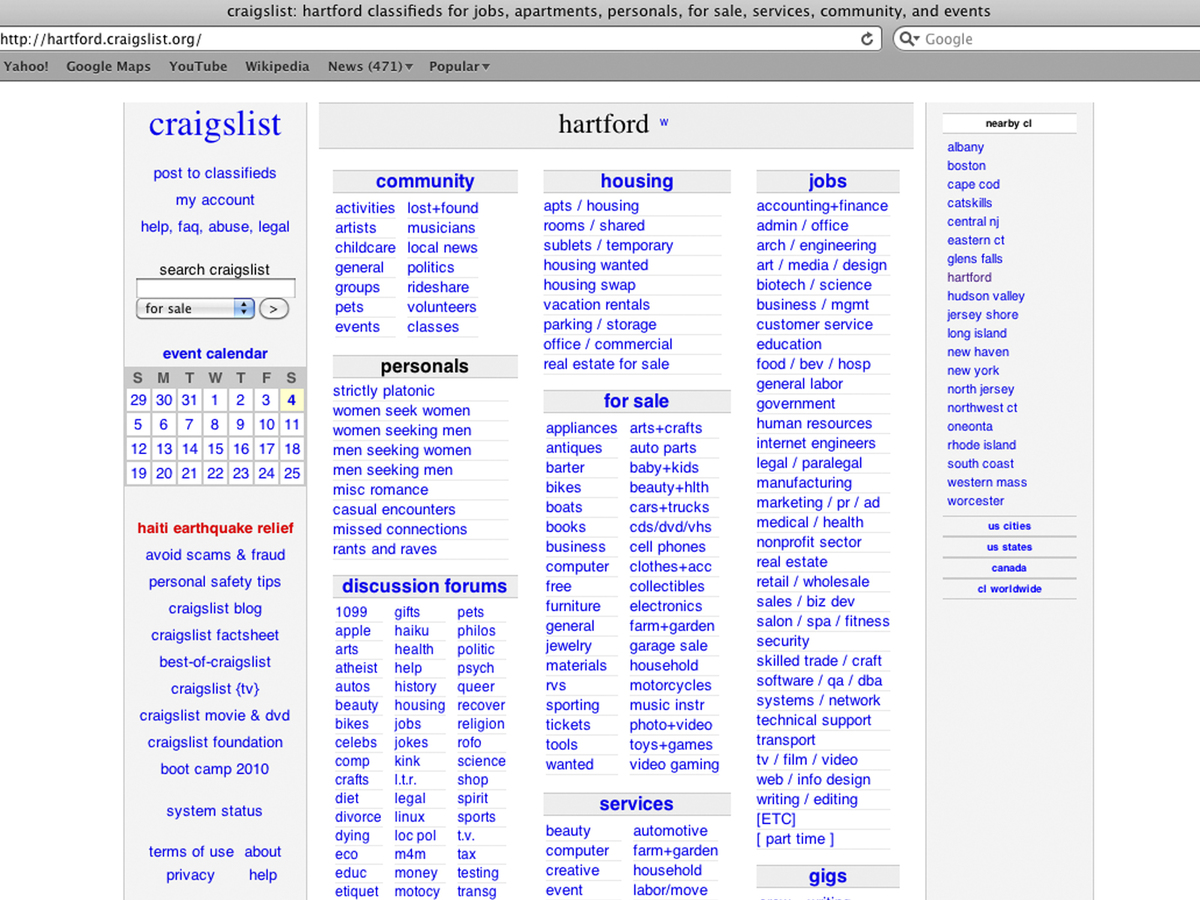 Craigslist said Friday that it is taking the site's personals section offline.

You can still find furniture or a roommate on Craigslist. But ads seeking romance or sexual connections are no longer going to be available, after Craigslist took down the "personals" section Friday for its U.S. site.

The company says it made the change because Congress has passed the Fight Online Sex Trafficking Act, meant to crack down on sex trafficking of children. It was approved by a landslide in the Senate earlier this week, as NPR's Alina Selyukh has reported, but has been met with criticism by free speech advocates and sex workers.

"Any tool or service can be misused," Craigslist said. "We can't take such risk without jeopardizing all our other services, so we are regretfully taking craigslist personals offline. Hopefully we can bring them back some day."

The site added: "To the millions of spouses, partners and couples who met through craigslist, we wish you every happiness!"

Proponents of the measure have argued that it makes Internet sites more accountable for the content that users post that could contribute to child sex trafficking.

But as Alina reported, tech companies see this as "the first major cutback to the protections that these companies have had under the law." And sex workers have argued that this will make people who work in the industry less safe, pushing them onto the street or deeper into the dark Web.

The site's popular "missed connections" section remains in place in the U.S. The personals section is still accessible outside the U.S. — users must confirm that they are 18 and understand they may see adult content.

Reddit has also announced policy changes this week. It said that users could not use the site to "solicit or facilitate any transaction or gift involving certain goods and services," which include:

The Reddit statement adds: "Reddit is not intended to be used as a marketplace and takes no responsibility for any transactions individual users might decide to undertake in spite of this." As the site wrote, "Always remember: you are dealing with strangers on the internet."

Alina has dug into the legal history of how much responsibility Internet companies have for content published on their sites. Read it here.