Accessibility links
Martin Vizcarra Sworn In As Peru's New President : The Two-Way Former President Pedro Pablo Kuczynski stepped aside amid allegations of corruption and vote-buying. Meanwhile, his successor and ally, pledges to take up "head on" fight against government graft. 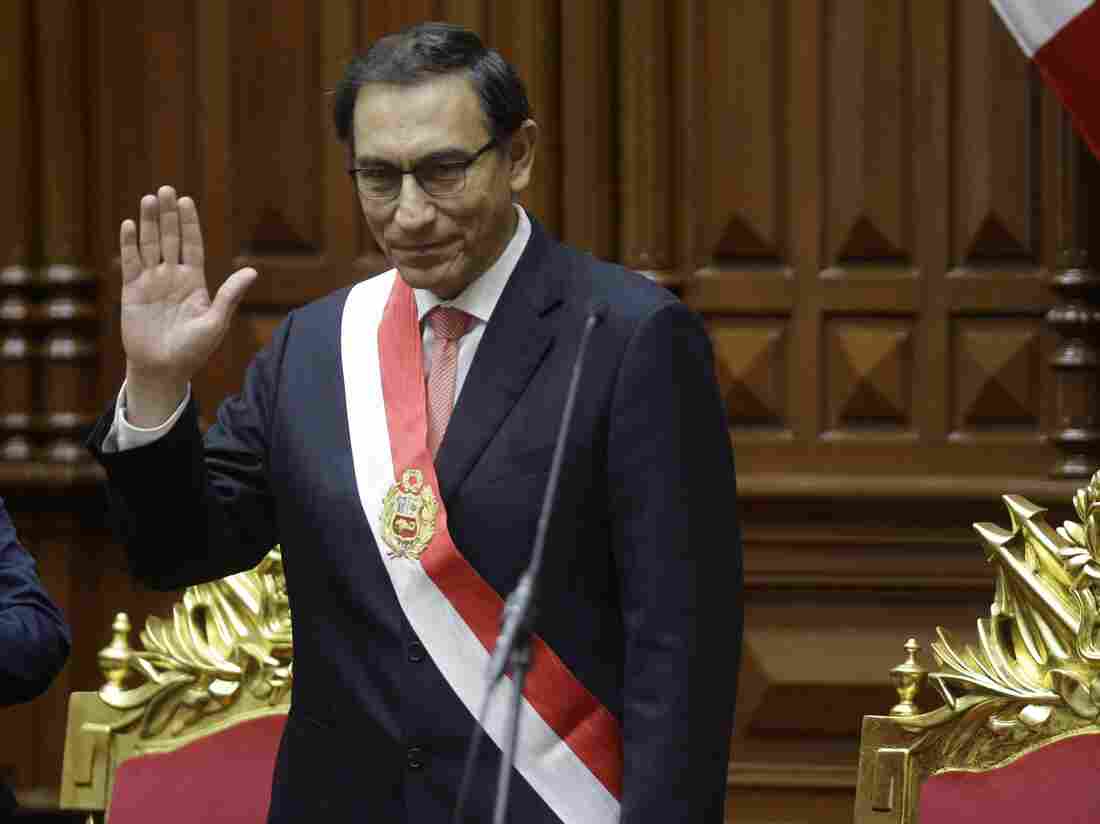 Peru's President Martin Vizcarra waves after he was sworn in Friday, taking over from Pedro Pablo Kuczynski, who resigned over corruption allegations. Martin Mejia/AP hide caption 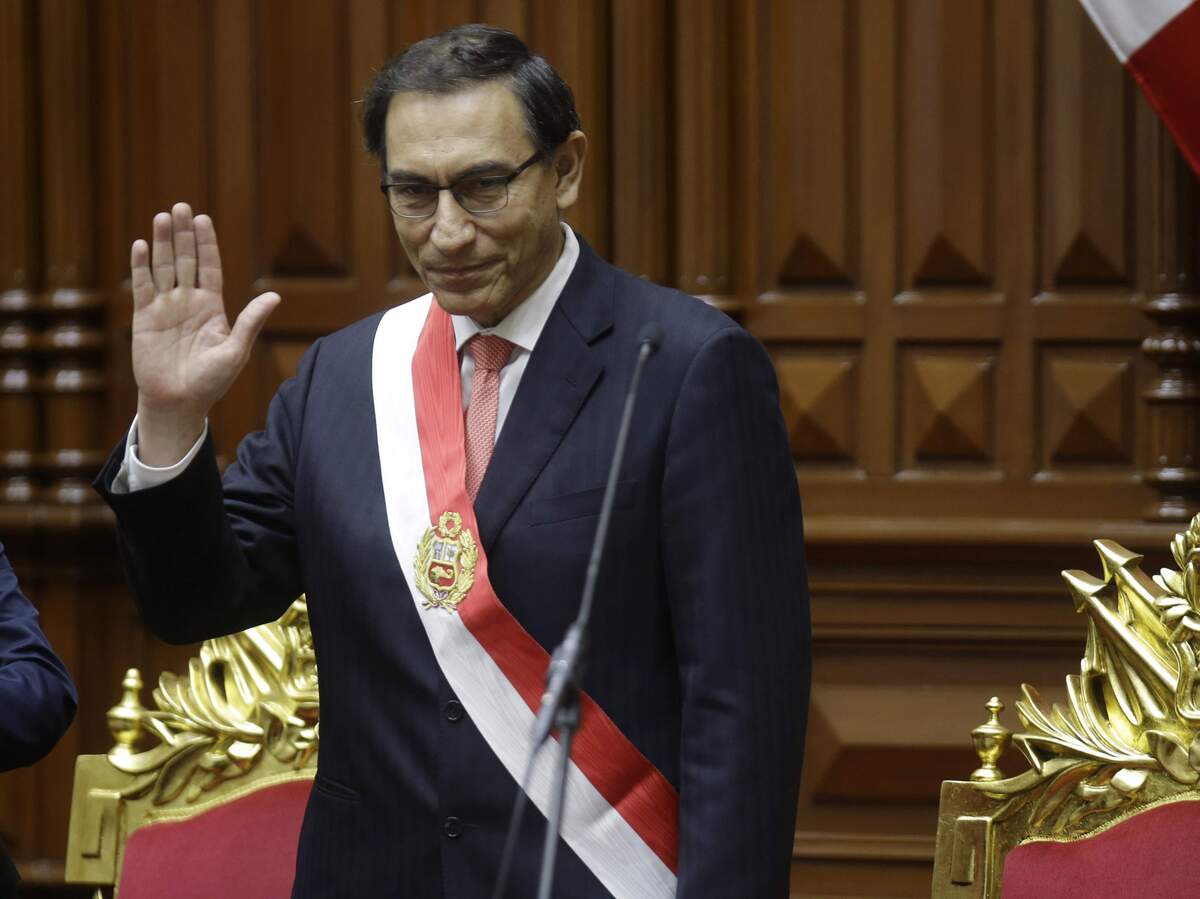 Peru's President Martin Vizcarra waves after he was sworn in Friday, taking over from Pedro Pablo Kuczynski, who resigned over corruption allegations.

Martin Vizcarra, who until Friday morning served as Peru's first vice president and ambassador to Canada, has been sworn in as the country's new president.

During the ceremony, Vizcarra pledged to take up a "head on" fight against corruption, even as his predecessor, who when elected 19 months ago also promised to clamp down on government graft, now faces corruption and vote-buying charges.

Pedro Pablo Kuczynski, who was less than two years into a five-year term, tendered his resignation Wednesday. It was just one day before a scheduled vote on his impeachment — the second of his brief tenure.

As NPR reported, Kuczynski, a former Wall Street banker, is accused of having accepted illegal payments from Odebrecht, a Brazilian construction conglomerate that has been found guilty of a massive bribery scandal.

Kuczynski has denied the allegations against him, including video footage that appears to show his political allies offering opposition lawmakers financial benefits in return for their support in the coming impeachment vote. He contends the footage was selectively edited.

The 79-year-old narrowly escaped impeachment in December after gaining support from one of his political rivals, Kenji Fujimori, son of former President Alberto Fujimori. Kenji, broke with his sister Keiko's party to back Kuczynski. Three days later, Kuczynski pardoned the elder Fujimori who was serving a 25-year sentence for corruption and human rights abuses, including authorizing death squads.

Some Peruvians took to the streets in Lima, the nation's capitol, Thursday night to protest Vizcarra, an long-time ally of Kuczynski, The Guardian reported.

"Get rid of them all," they chanted.