Accessibility links
Trump Memo Disqualifies Certain Transgender People From Military Service : The Two-Way Opponents of the administration's ban on transgender troops say they will be back in court early next week seeking a permanent injunction to block implementation of the plan. 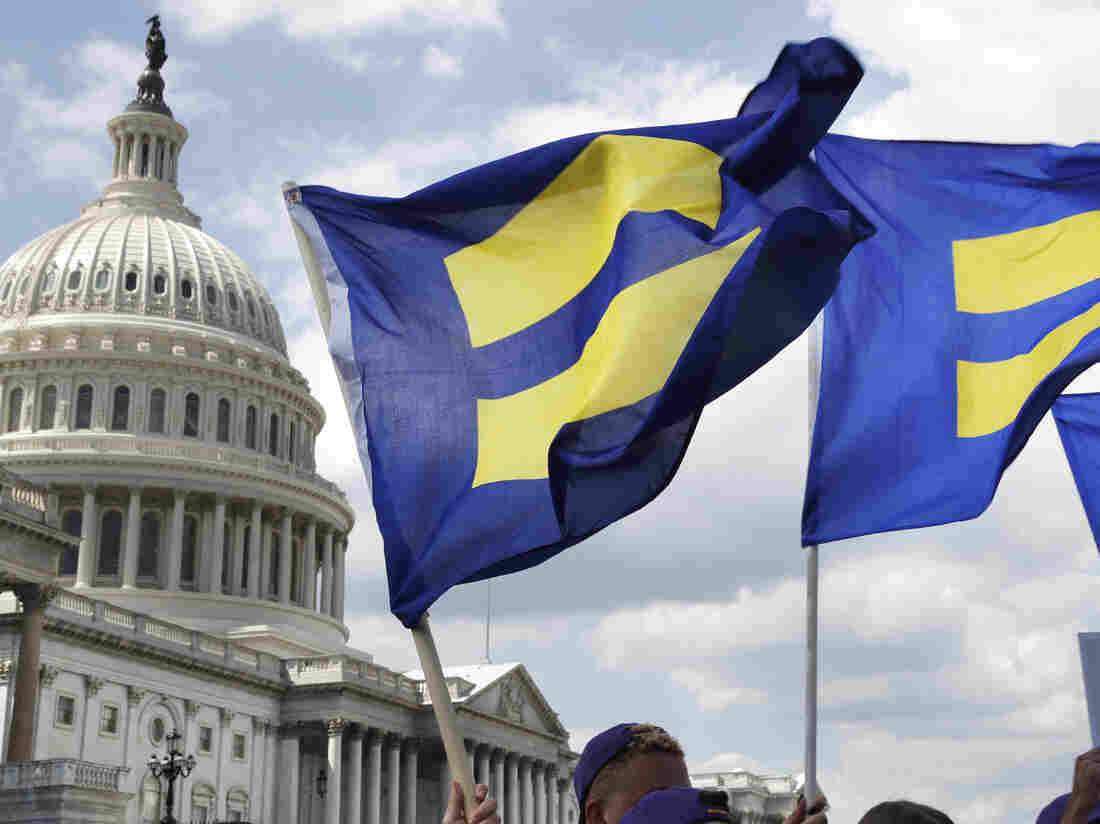 "Equality flags" are on display during a Capitol Hill event in Washington, D.C., supporting of transgender members of the military. Jacquelyn Martin/AP hide caption 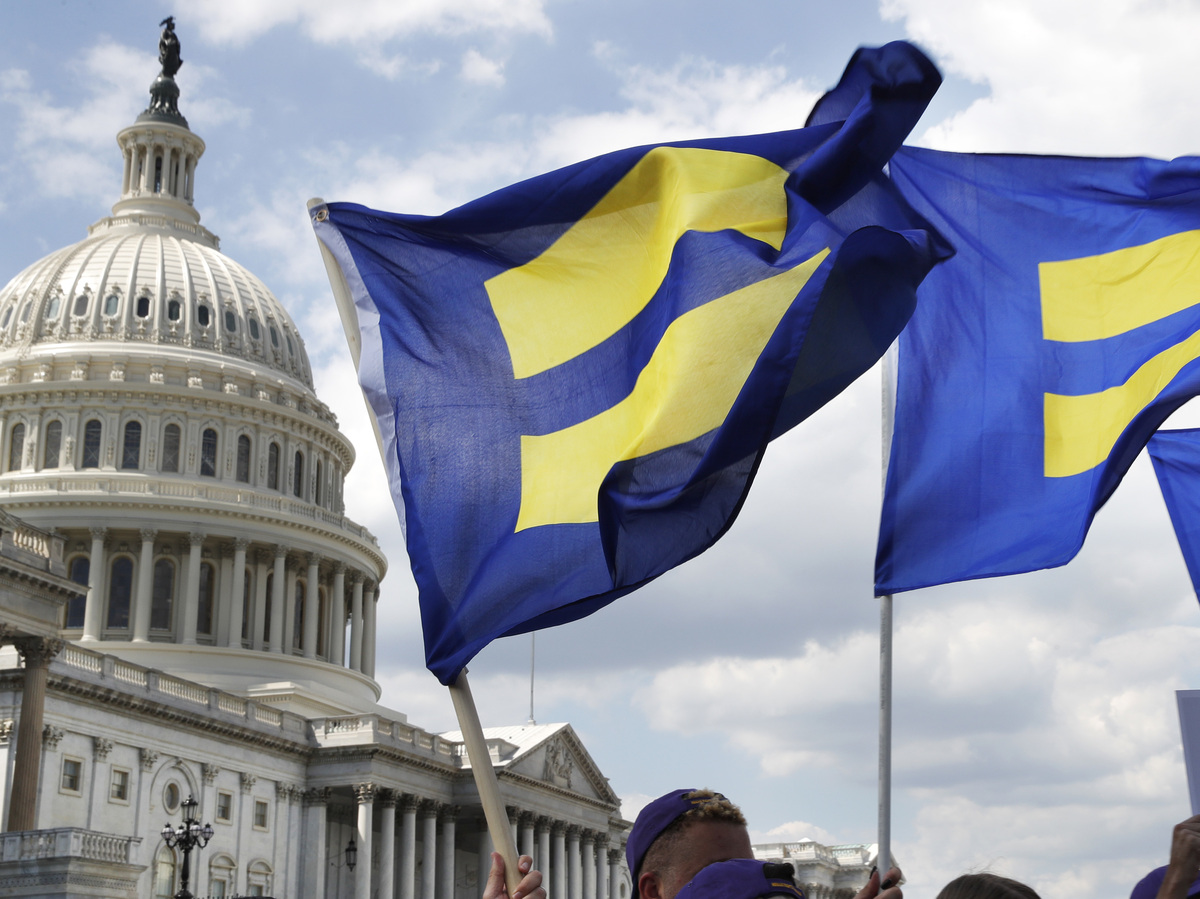 "Equality flags" are on display during a Capitol Hill event in Washington, D.C., supporting of transgender members of the military.

The Trump administration released an order on Friday night that would disqualify most transgender people from serving in the military.

The new rules follow President Trump's calls last year for a complete ban on transgender military service. The White House said people with a history or diagnosis of gender dysphoria — the medical diagnosis for those who receive treatment, often during their transition — are disqualified from serving except under "certain limited circumstances."

A statement issued from the White House said the president rescinded his previous memo on transgender military service and allowed Defense Secretary Jim Mattis to implement a new policy. But the somewhat-contradictory plan has left many experts and transgender advocates confused over who would be allowed in and who would be kicked out.

"They could really discharge anyone who is transgender in the military. This is a categorical ban," said Matthew Thorn, president of the LGBT military association OutServe.

Trump shocked Pentagon leaders last year when he tweeted that he would reverse the Obama-era policy allowing transgender people to serve openly, The Associated Press reported. Many top generals said the order was too vague to implement, and the military started accepting new transgender enlistees on Jan. 1. Four federal courts have also blocked the ban.

"This new policy will enable the military to apply well-established mental and physical health standards — including those regarding the use of medical drugs — equally to all individuals who want to join and fight for the best military force the world has ever seen," White House press secretary Sarah Huckabee Sanders said Friday.

A Pentagon spokesman said Friday that the new rules would have no immediate impact on recruiting policies because the military is still required to accept transgender individuals under the current law, the AP reported.

In a statement issued Friday, the Justice Department vowed to support the Pentagon's "lawful authority to create and implement personnel policies they have determined are necessary to best defend our nation," according the AP. But at the same time, the agency urged the courts to "lift all related preliminary injunctions" imposed after Trump tried to implement a complete ban last year.

Mattis outlined the new policy in a filing Friday in U.S. District Court in Maryland in a motion to dissolve a preliminary injunction blocking Trump's initial order banning transgender service.

"Transgender persons with a history or diagnosis of gender dysphoria are disqualified from military service with three exceptions:

"Transgender persons who require or have undergone gender transition are disqualified from service.

"Transgender persons without a history or diagnosis of gender dysphoria may serve in their biological sex."

"In 2016, after careful and deliberate study, the Pentagon determined that the prohibition on open service by transgender people lacked any foundation and lifted the ban. Since then, transgender troops had been serving openly and successfully — until President Trump unleashed his incendiary barrage of uninformed tweets.

"We, along with our sibling organizations, moved quickly to block implementation of the plan, and every single federal court to look at this policy – six to date – has found that it reeks of undisguised and unlawful discrimination against qualified transgender people willing and able to serve our country, and blocked its implementation. That block remains in effect, notwithstanding the release of the plan today."

Renn said that his group and another, Out-Serve-SLDN, will be in court early next week seeking a permanent injunction to block implementation of the plan.