Accessibility links
Remington Declares Chapter 11 Amid 'Trump Slump' In Gun Sales : The Two-Way The 200-year-old firearms manufacturer has struck a deal to stave off creditors as it tries to reorganize amid falls in sales and louder calls for gun control. 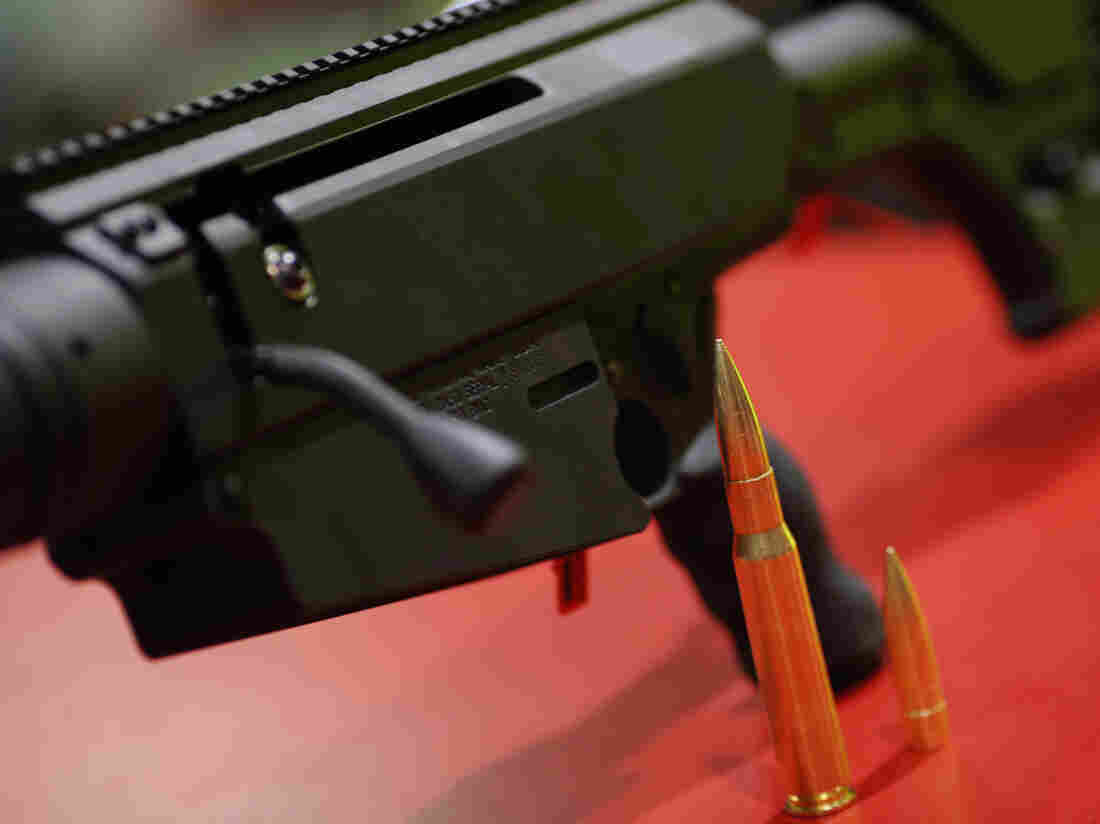 Ammunition and a Remington Bushmaster rifle are seen at a gun display during a National Rifle Association outdoor sports trade show in 2017 in Harrisburg, Pa. Dominick Reuter/AFP/Getty Images hide caption 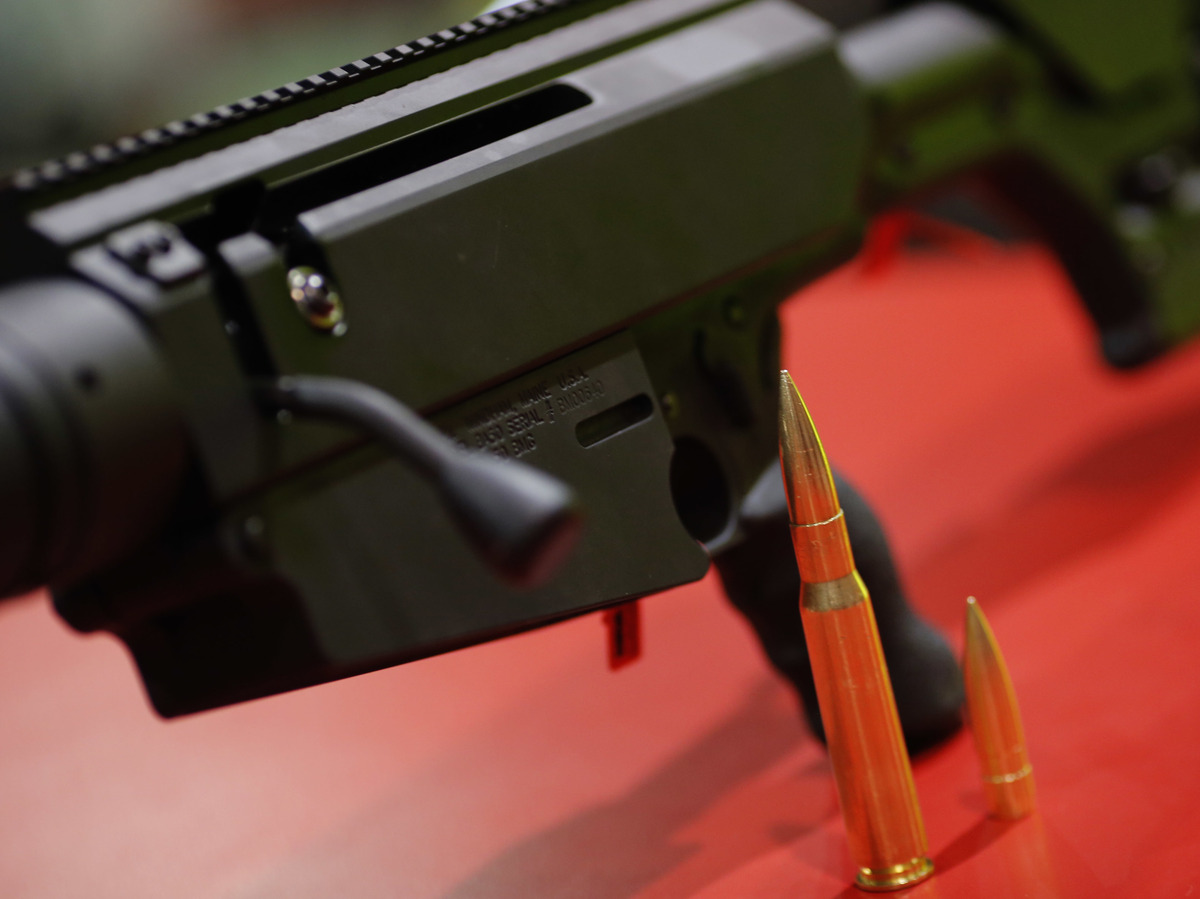 Ammunition and a Remington Bushmaster rifle are seen at a gun display during a National Rifle Association outdoor sports trade show in 2017 in Harrisburg, Pa.

Firearms manufacturer Remington Outdoor has filed for Chapter 11 bankruptcy protection in hopes of staving off creditors amid a slump in sales and public outcry over gun violence.

Reuters reports that Remington's creditors, including Franklin Templeton Investments and JPMorgan Asset Management, have agreed to exchange debt for equity in the company.

Remington was founded in 1816 in upstate New York and is one of the largest and oldest U.S. producers of firearms. It was bought in 2007 by Cerberus Capital Management for $118 million.

Although its financial troubles go back further, in recent months, the company has found itself on the losing end of a phenomenon in which higher gun sales are seen under Democratic presidents, as gun enthusiasts fear greater gun control, and drop under Republicans.

For example, firearms sales were brisk under President Barack Obama, and in October 2016, when polls showed Hillary Clinton the likely next president, gun sales hit a record, only to drop off precipitously after the election. Industry observers have dubbed the current downturn in sales the "Trump slump."

According to Bloomberg: "After the Sandy Hook [Connecticut] shooting, Cerberus announced it would sell the company, as its own agitated investors demanded an exit, but it failed to find a buyer."

A Remington-manufactured Bushmaster rifle was used in the school shooting, which killed 20 children and six adults.

Remington was later sued by the relatives of nine people killed and one who survived the Sandy Hook massacre, but the suit was dismissed by a state Superior Court judge.

Remington, which employs 3,500 people, is among the largest makers of guns and ammunition in the country.