Accessibility links
Stephon Clark's Family Urges Criminal Charges Against Police Who Shot Him : The Two-Way Sequita Thompson, grandmother of the 22-year-old man gunned down by police in her backyard, sobbed while calling for justice. She wanted the two officers who killed him to be prosecuted. 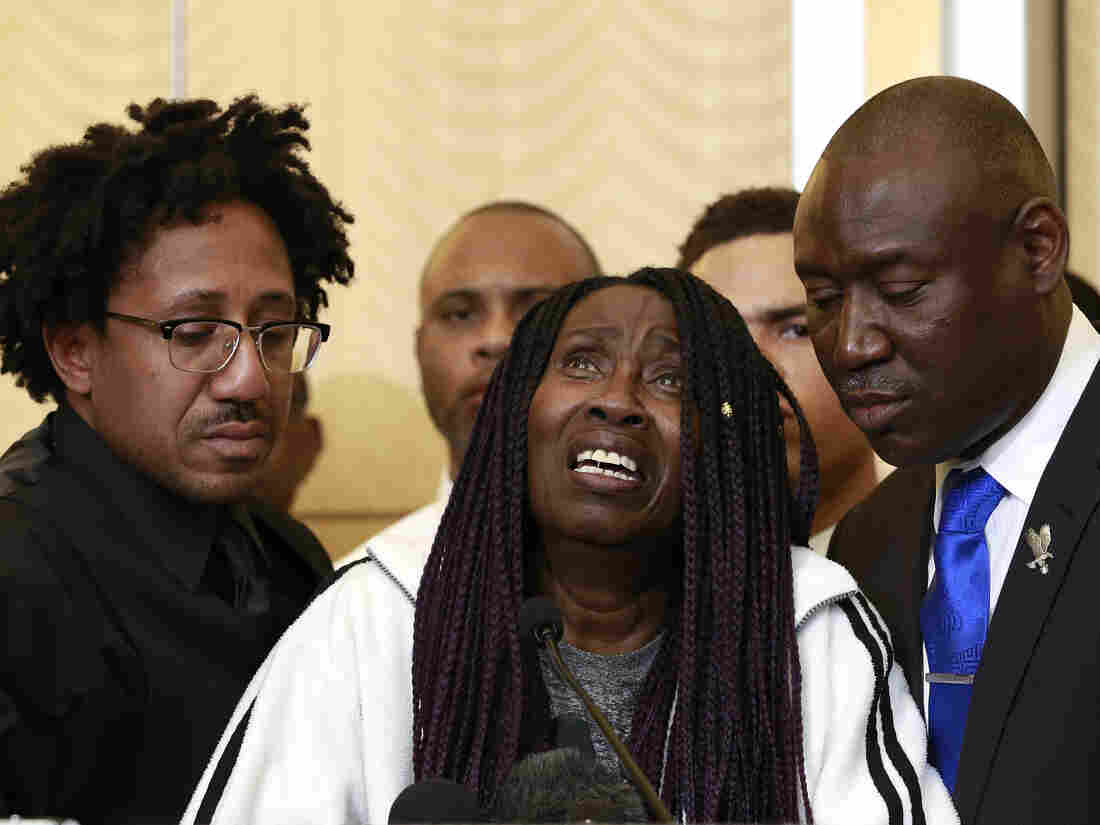 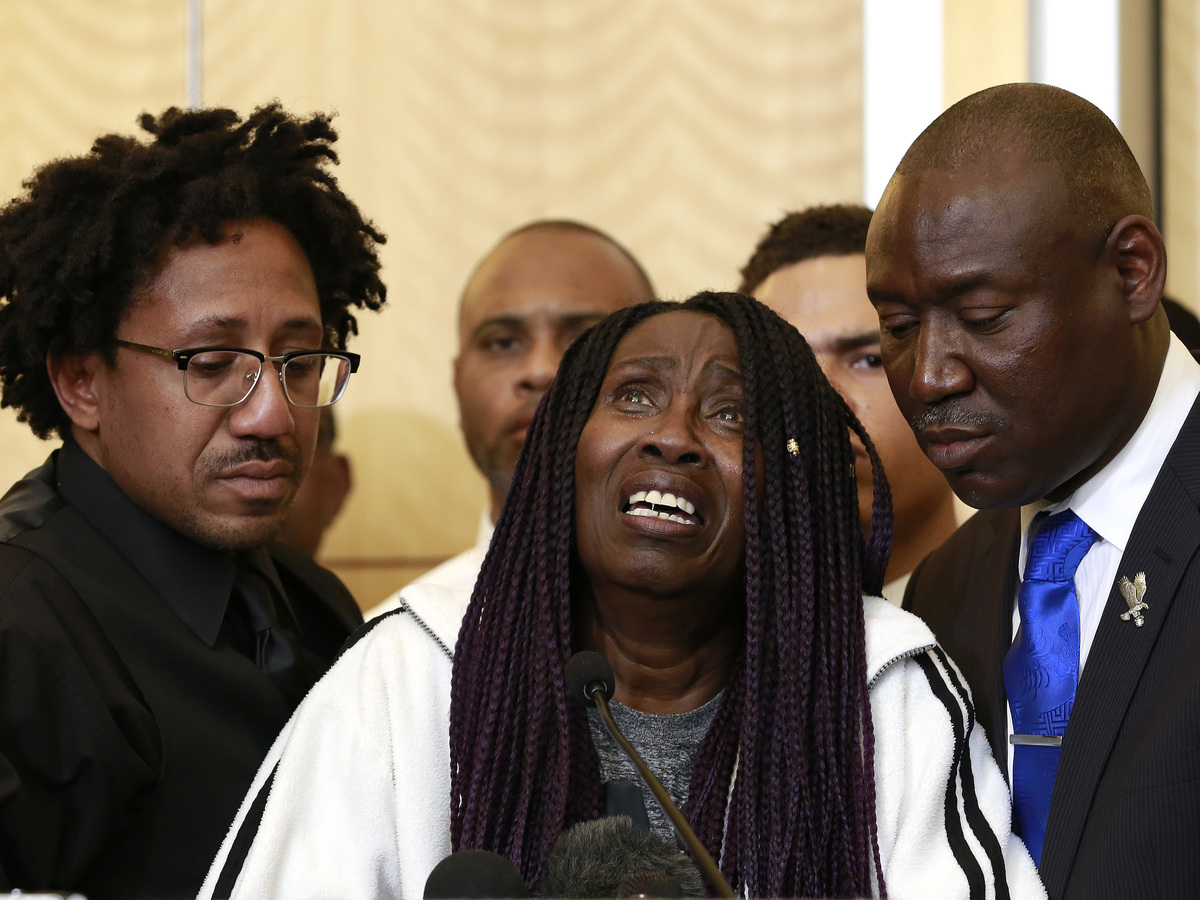 The family of Stephon Clark, a 22-year-old unarmed black man fatally shot by police in his grandparents' back yard, on Monday urged the Sacramento, Calif., district attorney's office to bring criminal charges against the two officers who killed him.

In a press conference held at City Hall, Clark's grandmother, Sequita Thompson, wailed in mourning over the violent and unfathomably sudden death of her grandson, captured on police body cameras and helicopter video overhead.

Thompson demanded an explanation for why officers fired about 20 shots at Clark, who at the time was holding a borrowed cellphone in his hand. Police said at the time they believed it was a gun.

Civil rights attorney Benjamin Crump is representing the family in the case and cradled Thompson as she wept on his shoulder.

Crump drew comparisons between the Sacramento police officers' response when dealing with Clark, a black suspect, and that of law enforcement in other cities pursuing white suspects.

Crump said the family is calling for policy changes within the police department, including implicit bias training. They also want to prohibit officers from muting body camera audio, which the policeman involved in the shooting did after killing Clark.

Alice Huffman and Betty Williams of the NAACP were among nearly a dozen African-American community leaders standing with Clark's family Monday.

After the press conference, Huffman told The Sacramento Bee that efforts by the NAACP to reach Sacramento County District Attorney Anne Marie Schubert had gone unanswered but that the organization is in talks with the U.S. Justice Department's Civil Rights Division about investigating the shooting at the federal level.

Shelly Orio, a spokeswoman with the district attorney's office, told NPR that members of Schubert's office are in the process of setting up a meeting with Williams sometime in the near future.

"The meeting being scheduled with the NAACP is at their request, so we are not sure what they would like to discuss," Orio said in an email. She also added, "The Sacramento County District Attorney's Office reviews all officer-involved shootings that occur in the county which result in injury or death."

In Sacramento, Protesters Shut Down Freeway And Block Entrance To Kings Game

Activists and protesters have been demonstrating in the days since footage of the killing was released last week. A day after the videos went viral Black Lives Matter led a march that spilled onto Interstate 5, shutting down traffic in both directions during rush hour.

As NPR reported, over the weekend protesters merged with the March for Our Lives event against gun violence on school campuses. That drew the attention of the Rev. Al Sharpton, who said on MSNBC that he would attend Thursday's funeral for Clark.

On Sunday night, basketball players from the Sacramento Kings and Boston Celtics wore black T-shirts with Clark's name on the back during a pregame warmup.

Before collapsing into Crump's embrace Monday, Thompson stared up toward the ceiling and pleaded for justice.