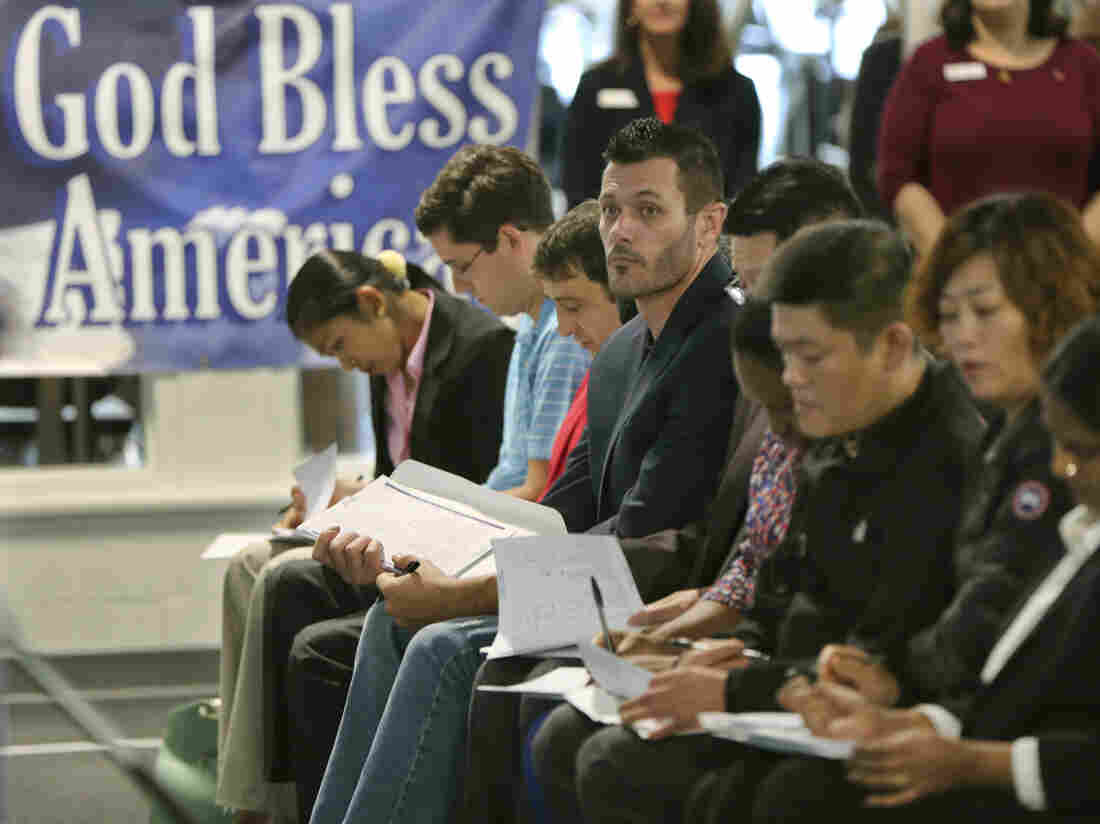 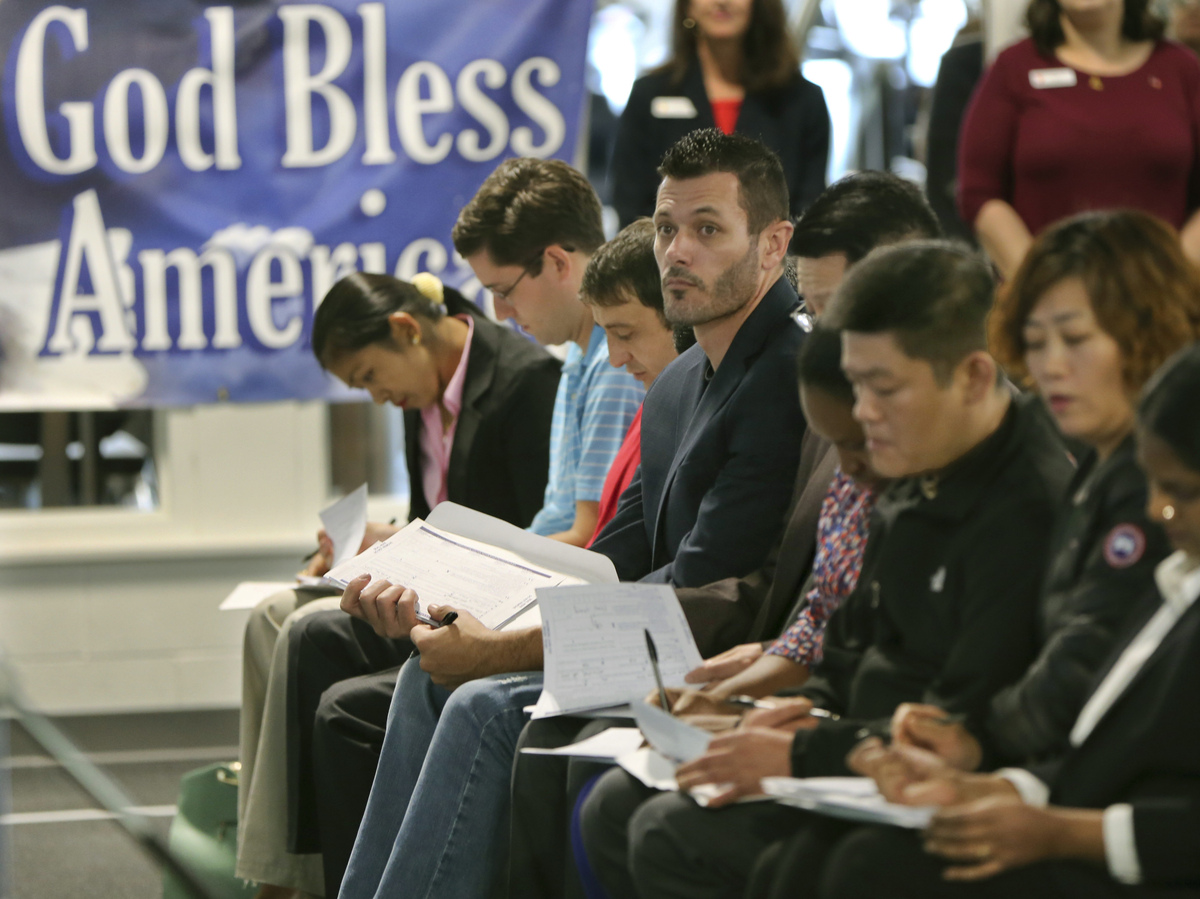 Newly naturalized U.S citizens complete voter registration forms in Bethel Park, Pa., in November 2017. The 2020 census will ask respondents whether they are citizens.

The U.S. Commerce Department announced late Monday that it will restore a question about citizenship to the 2020 census questionnaire.

In an eight-page memo Commerce Secretary Wilbur Ross says the Justice Department has requested that the census ask who is a citizen in order to help determine possible violations of the Voting Rights Act, to help enforce that law.

NPR's Hansi Lo Wang reported on All Things Considered why the move is so controversial.

"A lot of census watchers, former census bureau directors, other census experts have said that they are very, very concerned that there already is a lot of anti-immigrant sentiment, that already folks are very concerned about giving personal information to the federal government, that now if there is a citizenship question added as the Commerce Department is announcing that ... a lot of immigrants, not only those who are undocumented, but anyone who maybe has ties to folks who are undocumented, may not want to ... participate in the census and therefore they would not be counted, and that has direct impacts on how people are represented in this country.

"All census numbers are used to reapportion seats in Congress, specifically the House of Representatives, and also these numbers have an impact on how billions of dollars are distributed around the country ... from the federal level all the way down to the local level of how school districts figure out how to divide up resources. So this could have a really big impact if immigrants are not participating in the census in 2020."

The last time a question about citizenship was included in the census questionnaire for all U.S. households was 1950, although the question was asked only of people born outside the United States. Such a question is posed in the annual American Community Survey, which covers about 3.5 million people.

California Attorney General Xavier Becerra said in a statement that the state will sue the Trump administration over its decision to add a citizenship question to the 2020 census.

"Having an accurate census count should be of the utmost importance for every Californian. The census numbers provide the backbone for planning how our communities can grow and thrive in the coming decade. California simply has too much to lose for us to allow the Trump Administration to botch this important decennial obligation. What the Trump Administration is requesting is not just alarming, it is an unconstitutional attempt to discourage an accurate census count."

And, Democratic Rep. Grace Meng of New York issued a statement: "I am deeply disappointed with Secretary Ross, and I will now look to introduce legislation to stop this question from being included on the census."

As Hansi reported in January, civil rights groups dispute the Justice Department's need for the data from a citizenship question to help enforce the Voting Rights Act.

In his memo, Ross rejected arguments that asking about citizenship will dampen the likelihood that undocumented residents will choose not to be counted for fear that their personal information could be used for law enforcement purposes.

He concluded saying that in order to minimize an impact on census response rates, "I am directing the Census Bureau to place the citizenship question last on the decennial census form."