Accessibility links
Designers Of 17-Story Waterslide Face Charges In Boy's Decapitation : The Two-Way Once the world's tallest waterslide, the behemoth was closed after the 2016 incident. Now, the Kansas park and its ride's designers have been slapped with charges including second-degree murder. 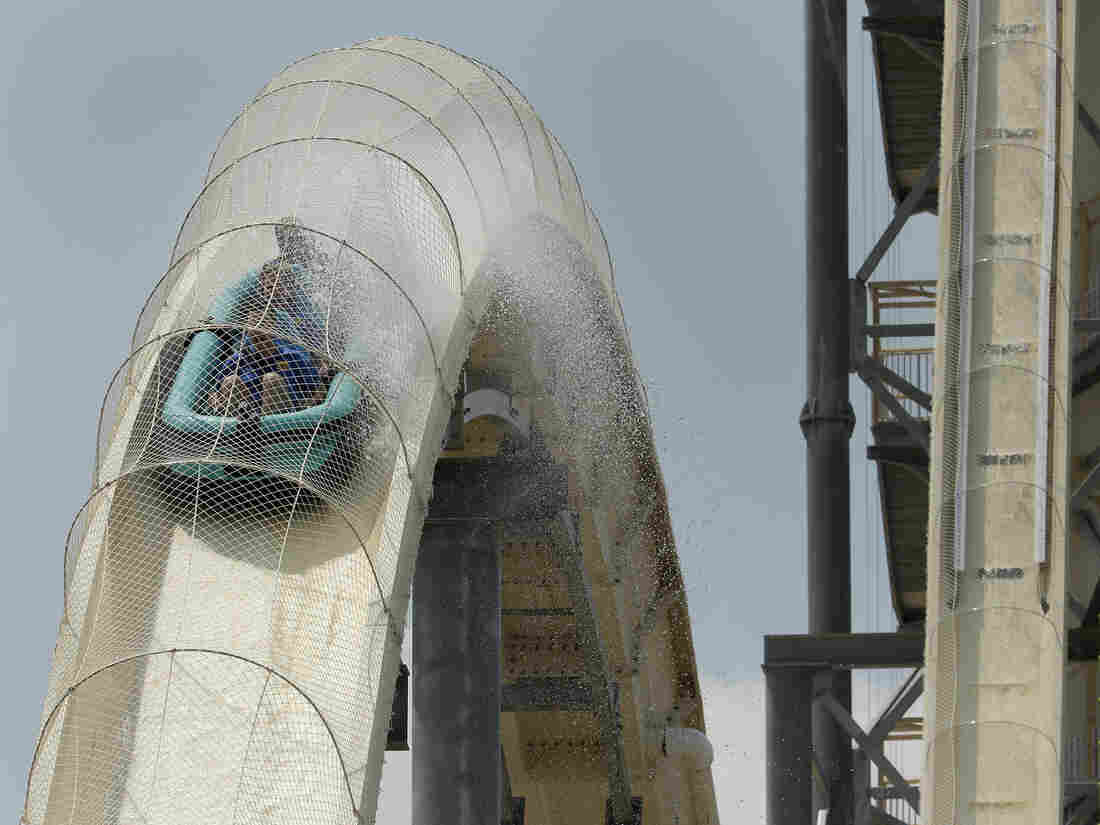 Riders crest a hump on the waterslide Verrückt in 2014. Now, executives at the water park that built it, Schlitterbahn, are facing charges in the child's death. Charlie Riedel/AP hide caption 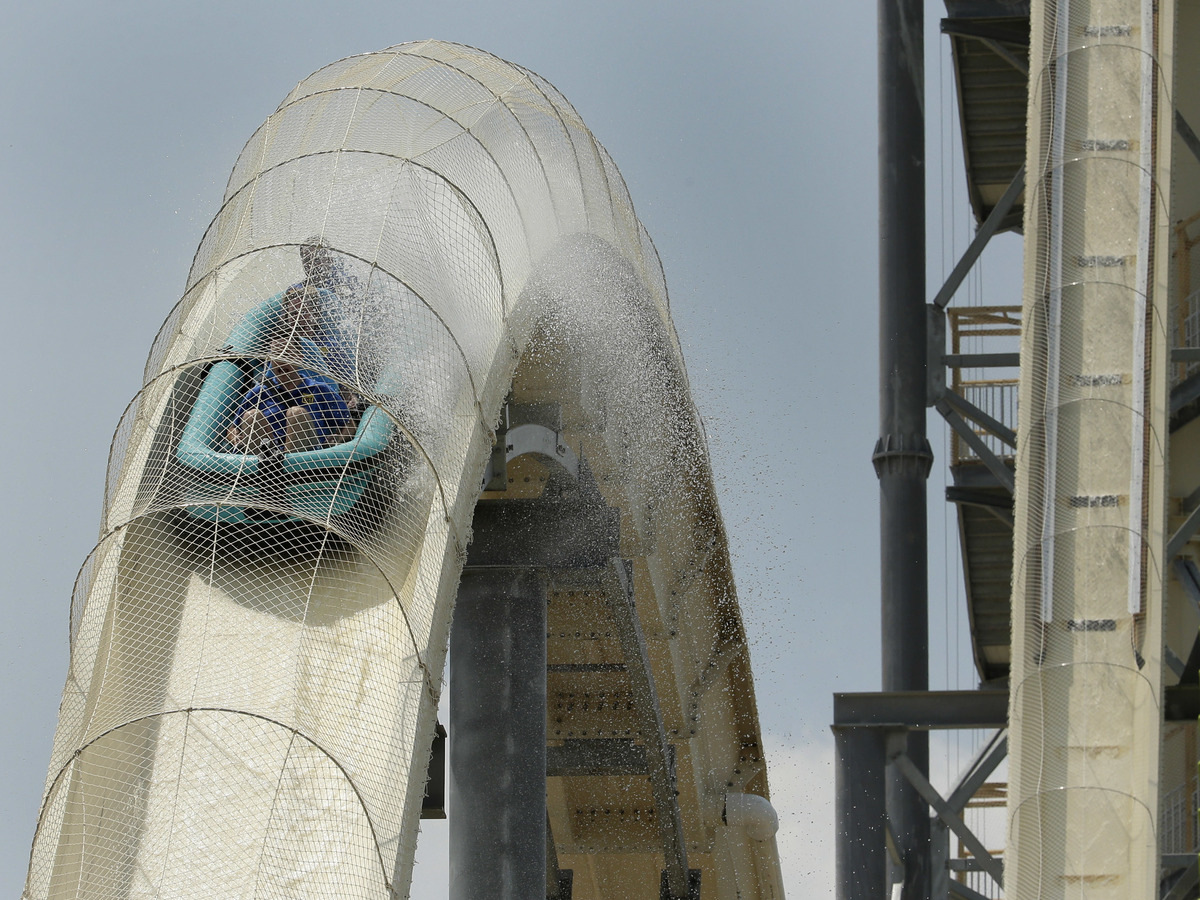 Riders crest a hump on the waterslide Verrückt in 2014. Now, executives at the water park that built it, Schlitterbahn, are facing charges in the child's death.

Roughly 18 months after a child died on what was once the world's tallest waterslide, authorities have indicted two water park executives in connection with the gruesome death. Their indictments — on charges ranging from second-degree murder to aggravated battery — cap a wide-ranging investigation launched after the 10-year-old rider was decapitated at Schlitterbahn Waterpark in Kansas City, Kan.

Three men have been charged: the ride's two principal designers, Schlitterbahn co-owner Jeffrey Wayne Henry and John Timothy Schooley, as well as the park's director of operations, Tyler Austin Miles, who had been indicted earlier. Henry and Schooley, together with Schlitterbahn's private construction company, face 18 felony counts including second-degree murder — while Miles and the Kansas City park face 20 felony counts.

The grand jury indictments detail an operation that allegedly swung from irresponsibility to outright criminal misconduct in the years leading up to Caleb Thomas Schwab's death on Aug. 7, 2016.

Conceived in 2012 "in a spur-of-the-moment bid to impress producers of the Travel Channel's Xtreme Waterparks series," the 17-story Verrückt was guided from design to completion by Henry and Schooley — neither of whom "possessed any kind of technical or engineering credential relevant to amusement ride design or safety," the indictments say.

"If we actually knew how to do this, and it could be done that easily," Schooley acknowledged, according to the documents, "it wouldn't be that spectacular."

Verrückt — German for "insane" — made its public debut in summer 2014, just a year and a half after its conception. But even at that point, the waterslide-cum-roller coaster had blown through several previously scheduled debuts.

"You know, with an innovative ride like this, you almost have to expect delays," Layne Pitcher, Schlitterbahn's director of marketing at the time, told Frank Morris of member station KCUR in 2014.

"Verrückt suffered from a long list of dangerous design flaws; however, the most obvious and potentially lethal flaw was that Verrückt's design guaranteed that rafts would occasionally go airborne in a manner that could severely injure or kill the occupants," the indictments assert, alleging that video recordings depict even Henry and Schooley going airborne on a personal test run of the prototype.

While the ride was open to the public, the indictments say 13 injuries occurred on it — including two concussions and one instance in which a teenage rider went temporarily blind.

Ultimately, it was the ride's tendency to send riders aloft that led to the death of Schwab, son of Kansas state Rep. Scott Schwab. The raft the boy had been riding with two adult women flew into the waterslide's overhead hoops and netting, killing the boy and badly injuring the women who survived the incident.

The park closed the ride after Schwab's death and planned to demolish it, but as the Kansas City Star reported, the attorney general said it must remain standing during the investigation. 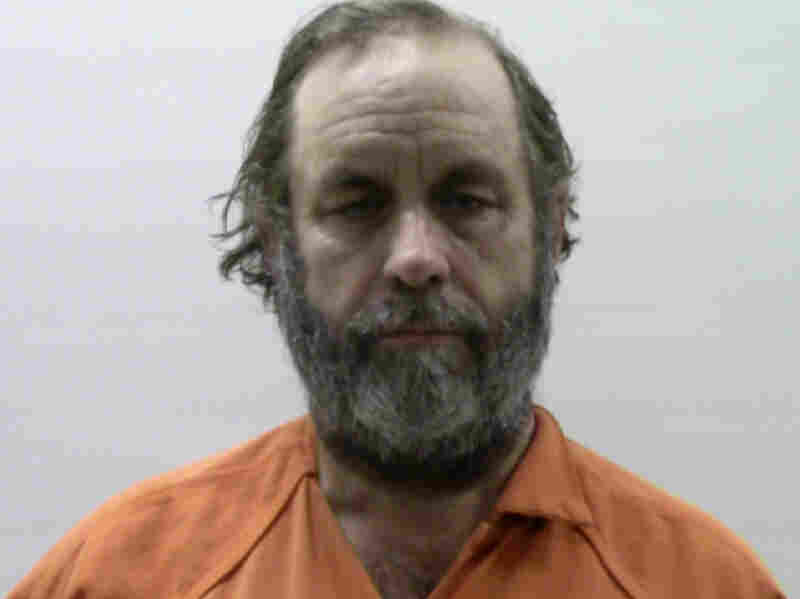 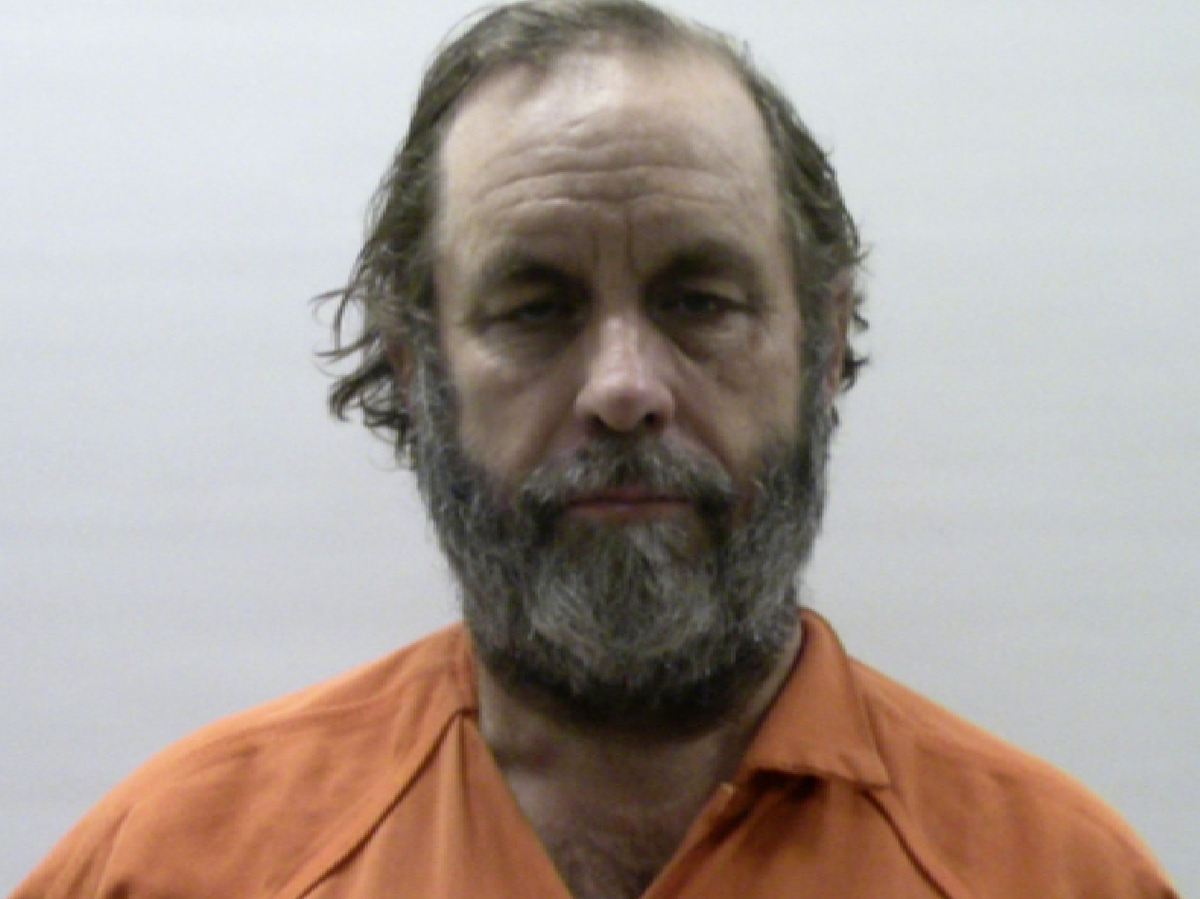 Jeffrey Henry, seen here in his booking photo, remains in custody in Cameron County, Texas, while he awaits extradition to Kansas.

Schlitterbahn Waterparks and Resorts — which operates four other parks in addition to the one in Kansas City — denied the charges in a statement released Tuesday, dismissing the indictments as "so full of false information that it has shocked the Kansas legal community."

Winter Prosapio, the company's director of communications, rejected the claim that Miles and Schlitterbahn interfered with law enforcement — reflected in two charges against them — and objected to many of the quotations included in the documents.

"The indictment uses quoted statements from a reality TV show that was scripted for dramatic effect that in no way reflects the design and construction of the ride. Quotes were purported to be from definitive design meetings, when they were, in fact, 'acting,' " Prosapio said.

"The allegation that we operated, and failed to maintain, a ride that could foreseeably cause such a tragic accident is beyond the pale of speculation. Many of us, and our children and grandchildren, have ridden the ride with complete confidence as to its safety. Our operational mantra has been and will forever be Safety First."

Meanwhile, Schwab's family reacted to the arrests by thanking the community of Kansas City in a statement issued by their attorneys.

"While we have no control over the investigation, we have full faith and trust in Attorney General Derek Schmidt and his office as relates to last week's indictments, as well as any other decisions that office may make going forward," the family said, according to the Kansas City Star.

"Clearly the issues with Schlitterbahn go far beyond Caleb's incident," the statement added, "and we know the Attorney General will take appropriate steps in the interest of public safety."

A previous version of this story said incorrectly that the park demolished the ride. The state required the company to keep the ride standing during the investigation.