Baton Rouge Officers Will Not Be Charged In Alton Sterling's Killing

Baton Rouge Officers Will Not Be Charged In Alton Sterling's Killing 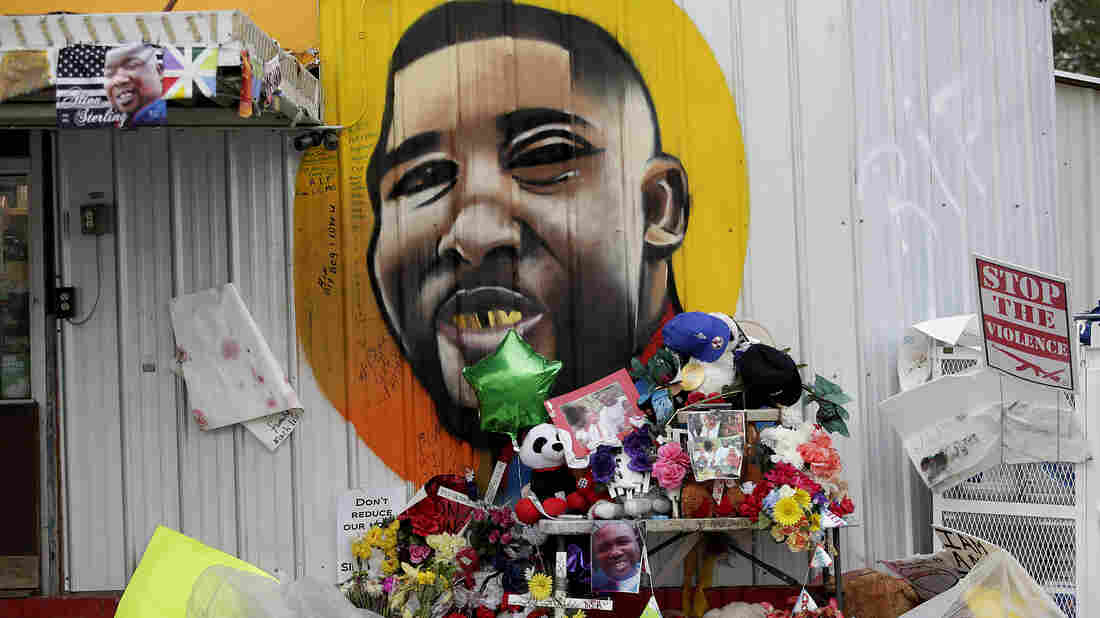 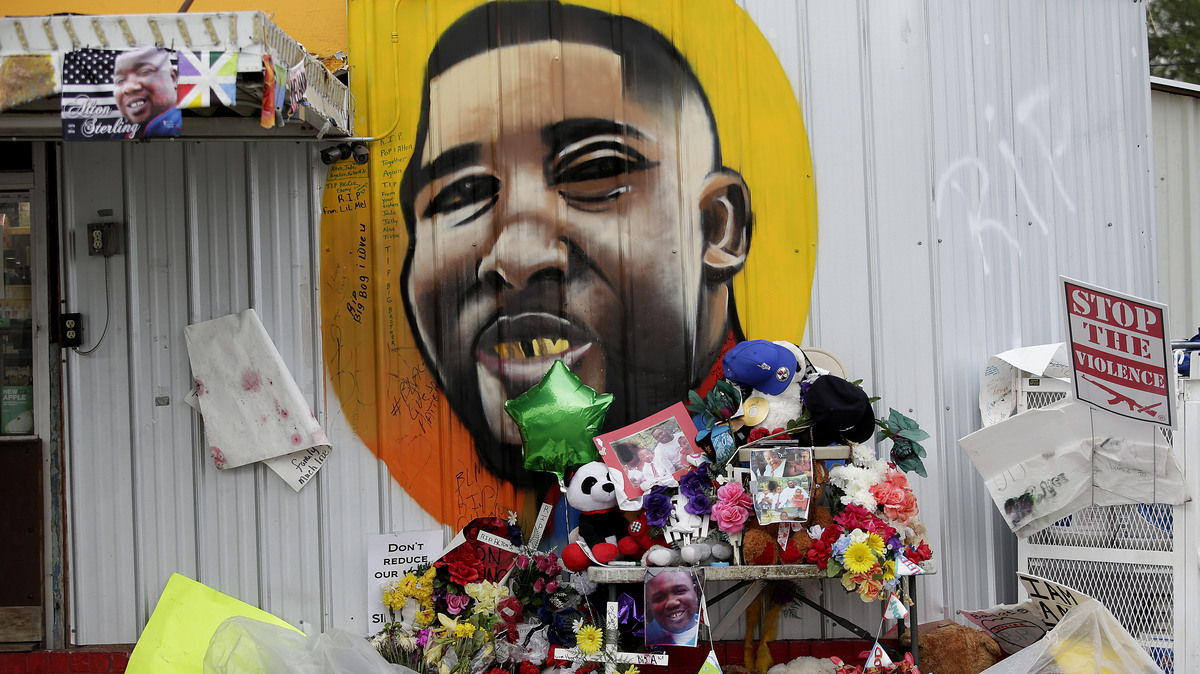 A makeshift memorial for Alton Sterling, seen outside the Triple S Food Mart where he died, in Baton Rouge, La., in July 2016.

Louisiana has declined to press charges against the pair of white police officers involved in the 2016 shooting death of Alton Sterling. The state's attorney general, Jeff Landry, announced the decision at a news conference Tuesday, saying that a months-long review of the incident failed to uncover evidence that either police officer could be held criminally responsible for Sterling's death.

"The Louisiana Department of Justice cannot proceed with a prosecution of either Officer Howie Lake or Officer Blane Salamoni," Landry told reporters after meeting with members of Sterling's family in private.

The announcement comes just over a year and a half after Sterling's killing, which was recorded on video shot from at least two vantage points. The scene on film shows the officers, who had been called to the area on reports of a man threatening people with a gun, pinning the 37-year-old black man to the ground outside a Baton Rouge convenience store where he had been selling CDs.

In the footage, one of the officers shouts, "He's got a gun! Gun!" Within seconds, gunshots are heard and Sterling lies bleeding on the pavement.

Both veteran officers were placed on administrative leave after the shooting, which catalyzed protests against police violence in Louisiana and other states around the country — including Minnesota, where a black man was killed in another high-profile shooting just days later.

Last May the federal Justice Department closed its own 10-month probe into Sterling's death, saying that its investigators had found "insufficient evidence" to file federal civil rights charges against the officers.

Landry said that not long after federal officials closed their review last year, his own office opened its own investigation — the one he concluded Tuesday.

"This decision was not taken lightly," he added. "We came to this conclusion after countless hours of reviewing the evidence gathered and turned over by the U.S. Department of Justice including voluminous documents, many photographs, and extensive video evidence — and after our own interviews of eyewitnesses to the event."

Landry said the review found that the officers followed proper protocol in attempting to make their arrest of Sterling in the early hours of July 5, 2016. Landry explained that Sterling had repeatedly resisted arrest and was later revealed to be in possession of a loaded firearm, and that the two officers had steadily escalated their nonlethal attempts to gain control over his hands.

"I know the Sterling family is hurting. I know they may not agree with this decision," Landry concluded. "I am ever mindful that a mother who prematurely loses a son, or a child who loses a father, experiences a pain that no one should have to endure."

After meeting with Landry, members of Sterling's family expressed deep sadness and outrage, but little surprise at the decision.

"They're not going to bring charges on anybody. Why would they do that? This is white America," Sterling's aunt Veda Washington-Abusaleh said, as she left the meeting, according to CNN.

"We're all out of tears. We have nothing else in us to cry about, because guess what: We all knew what it was, just like y'all knew what it was going to be," Quinyetta McMillon, the mother of one of Sterling's five children, told reporters.

"The way they killed him was in cold blood," she added. "Yes, the system has failed us. Yes, we are disappointed. But as a family, we're going to stay strong. We're going to stay prayed up. The devil thought he won, but he didn't."

Tuesday marks the end of the state's investigation into whether to charge the officers — but it does not end authorities' review of the incident altogether. Baton Rouge Police Chief Murphy Paul said Tuesday that his department still intends to complete disciplinary hearings for the officers, including releasing findings such as dashcam video.

A lawyer for Salamoni called the decision to do so "grossly unfair," according to The Associated Press. The wire service notes that he still expects Paul to fire his client.

Louisiana Gov. John Bel Edwards, for his part, said he supports the moves made by Paul and Baton Rouge Mayor Sharon Weston Broome.

"We owe this final review to the Baton Rouge community and the Sterling family," he said in a statement Tuesday. "As we move into this next phase of the investigation, I continue to ask the people of Louisiana to pray for Alton's family, the community of North Baton Rouge where he lived, the law enforcement officials who protect us every day, and our great state."